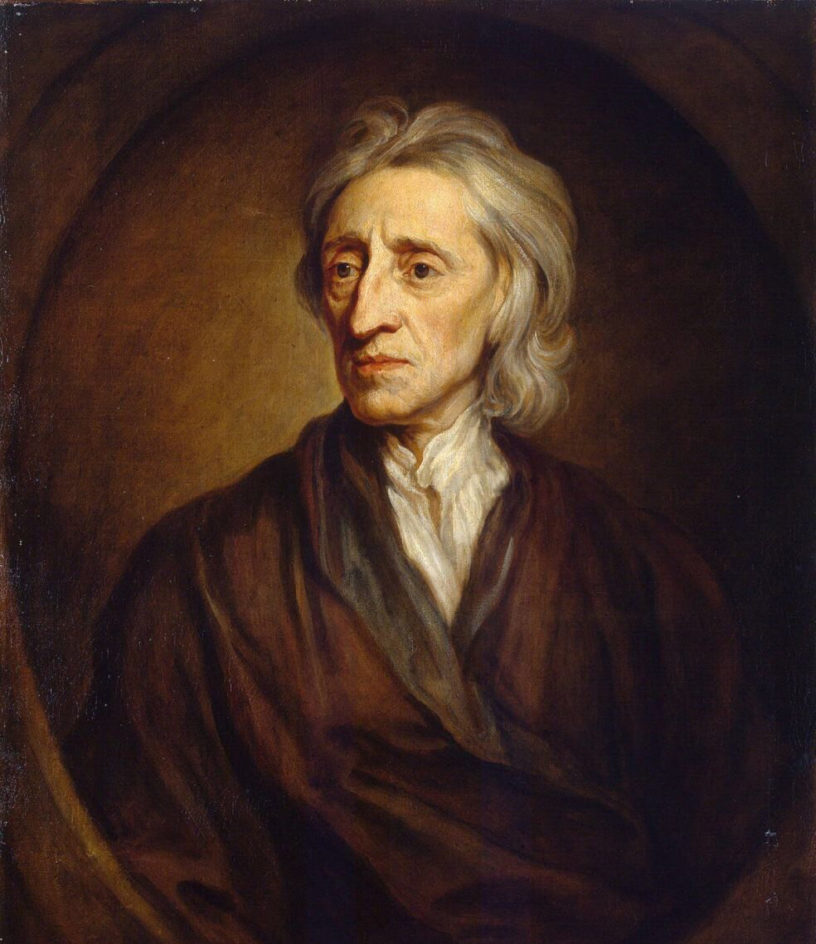 John Locke is a 17th century English philosopher and political theorist who is widely renowned for laying the groundwork for Enlightenment and the development of liberalism. His political theory of government by the consent of the governed as a means to protect the three natural rights of “life, liberty and estate” is the basis of the American Declaration of Independence.

He is known to publish a series of writings which a profound and lasting impact on people such as his “Essay Concerning Human Understanding,” where he advocates a theory of the self as a blank page, with knowledge and identity arising only from accumulated experience. Get to learn more about the fascinating life of John Locke in these top 10 interesting facts about him. 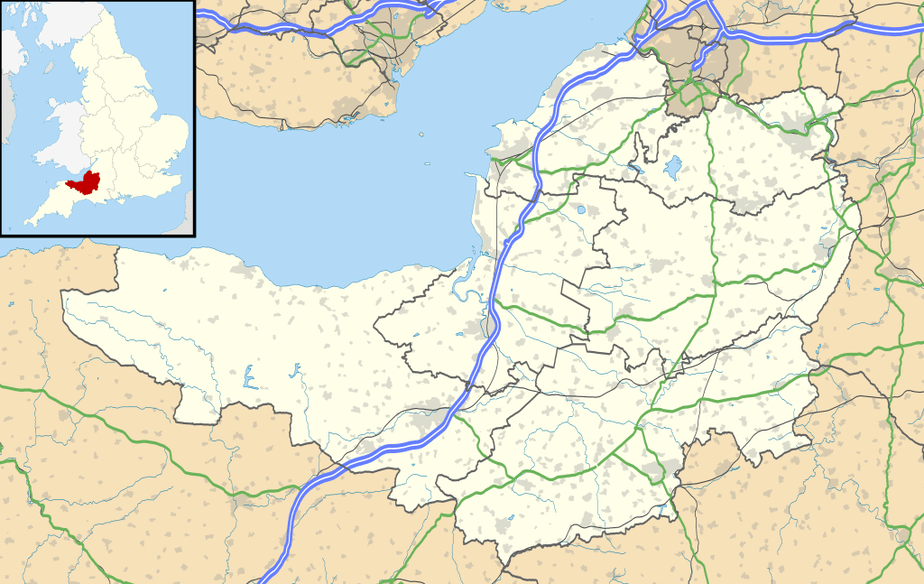 John Locke Junior had a brother who was two years his senior, Thomas Locke. The Lock family wasn’t rich but lived a comfortable life as Senior Locke was in the Parliament forces. During his early years at Oxford, Locke Jr. lost his mother. His father died in 1661 and in 1663, two years after the death of his father, his only brother, Thomas, died. Locke Jr. was left without a family by the time he was in his early thirties.

2. John Locked graduated from the University of Oxford. 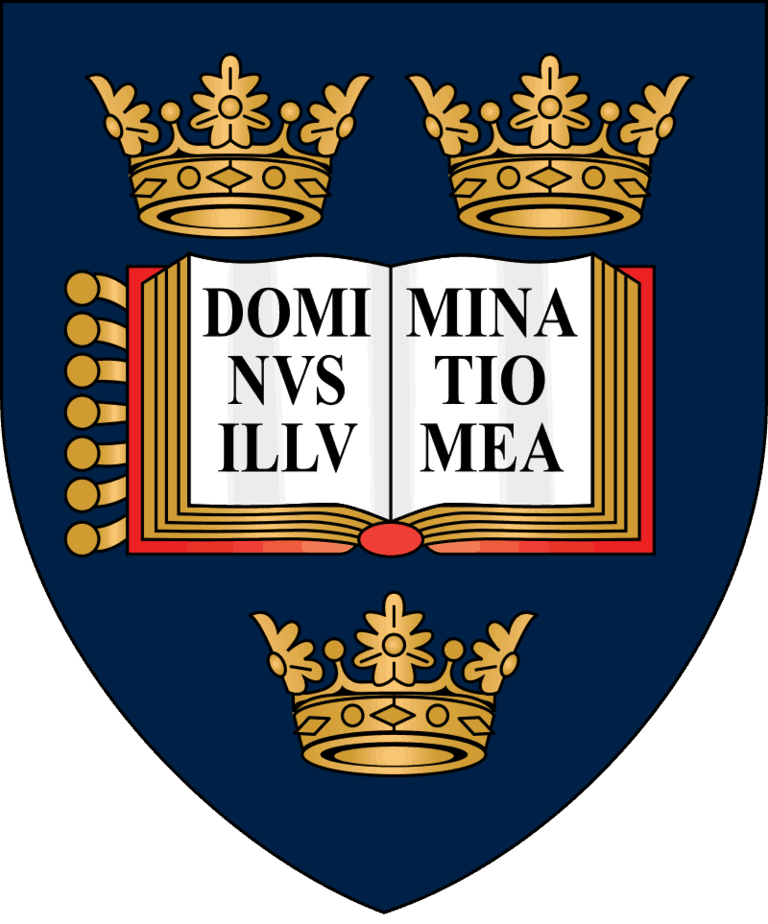 Coat of arms of the University of Oxford – Wikipedia

For the first 14 years of his life, he was homeschooled by his father. At the age of 15 John sent to the prestigious Westminster School in London where he studied Latin, Hebrew, Greek and Arabic so that he could read the books written in those languages.

In 1652 when he was 20 years he was awarded a scholarship to Christ Church School in Oxford where he studied philosophy, logic and other related courses. During his studies, he found little appreciation for traditional philosophers but appreciated and enjoyed modern philosophers like Rene Descartes. He graduated with a bachelor’s degree in February 1656 and a master’s degree in June 1658.

3. John Locke studied medicine and served as a physician. 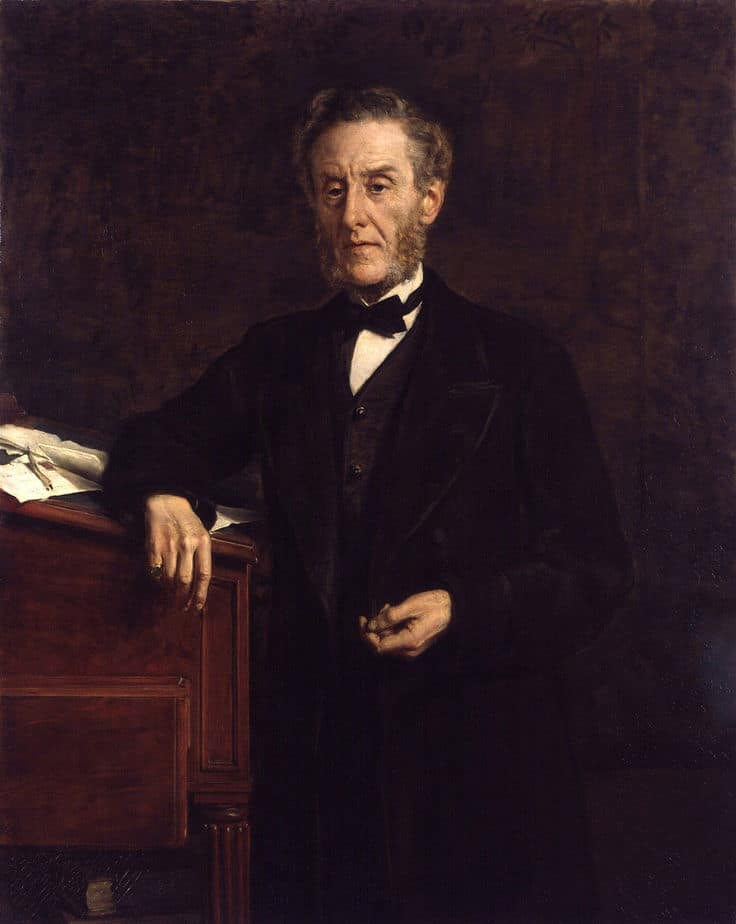 Unknown to many people John was also a remarkable physician. In his later years at Oxford John natural philosophy, present-day medicine and science. While studying, he worked with well-known scientists such as Robert Boyle, Thomas Willis, Robert Hooke and Richard Lower. He graduated with a bachelor’s degree in medicine in 1675.

In 1666, he met Lord Anthony Ashley Cooper, who was soughing treatment for liver infection at Oxford. Impressed by John’s work he appointed him his personal physician. In 1667 John moved into Lord Ashley’s home in London. When Lord Ashley’s liver got worse John performed a remarkable operation where he inserted a silver tube into the tumor which allowed it to be drained regularly. This relieved Lord Ashley of so much pain and even elongated his life.

4. John Locke was mentored by Lord Ashley and Thomas Sydenham. 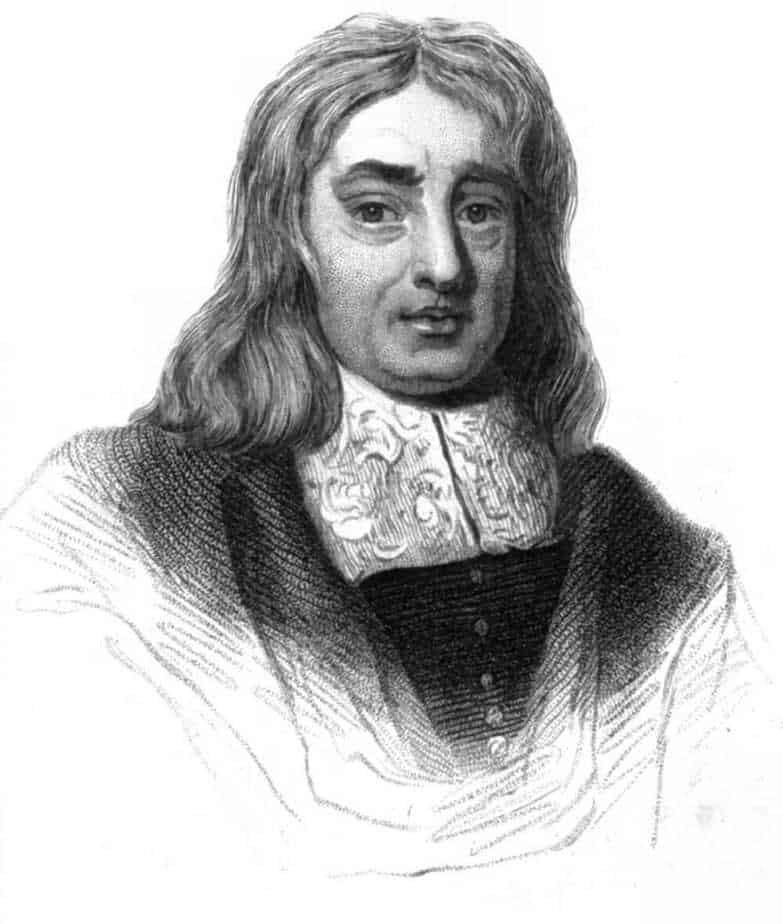 While working as Lord Ashley’s Physician John also assisted him with his public business and political affairs. Lord Ashley who became the 1st Earl of Shaftesbury and founder of the Whig movement greatly influenced John’s political ideas and life. Through the support of Lord Ashley John was able to hold a series of governmental posts such as Secretary of the Board of Trade and Plantations and Secretary to the Lords Proprietor of Carolina.

John also formed a close relationship with a famous physician known as Thomas Sydenham who became his mentor. Thomas not only trained John in medical practices but also influenced his political thinking. In 1668 John became a member of the Royal Society.

5. He is accused of hypocrisy due to the Constitutions of Carolina. 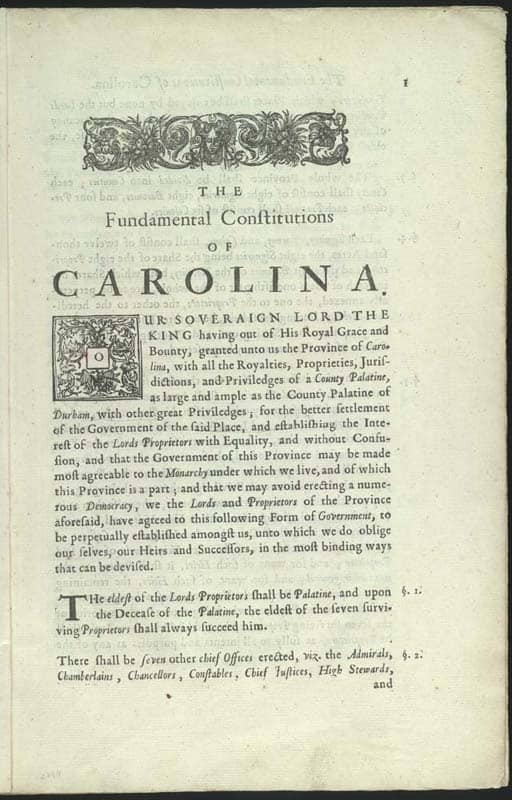 John Locke was a great philosopher who encouraged tolerance in his works, no doubt about that but many accuse him of being a hypocrite and racist who cared only for the liberty of English capitalists. These accusations are justified with the simple fact that John was a major investor in the English slave-trade through the Royal African Company.

Also in 1669, John participated in drafting the Fundamental constitutions of Carolina, a British colony in America at the time. The constitution did not depict the levels of tolerance advocated by John in his writings especially Article 110 which states, “Every freeman of Carolina shall have absolute power and authority over his Afro-American slaves.”

6. He fled from England on two separate occasions. 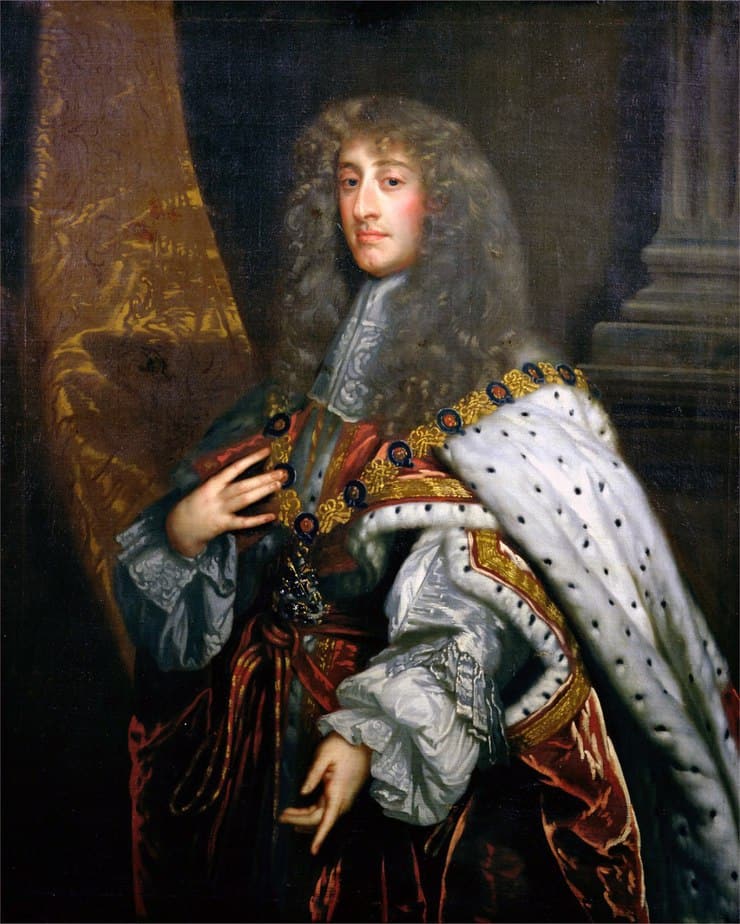 Lord Ashley was the most powerful man in England serving as Lord Chancellor of England but soon lost all his power and faced imprisonment because of his political views that resulted in Charles II disfavoring him. John Lock and his political mentor Lord Ashley were Protestants who opposed the succession of the Roman Catholic brother of Charles II, James.

Upon seeing the harsh fate his mentor encountered and fearing that he might suffer the same fate John moved to France in 1675. He returned to England in 1679 after Lord Ashly was granted restoration from exile. However, this was short-lived.

In 1683, there was an assassination attempt on the lives of Charles II and his brother, James. The Rye House Plot was uncovered to be behind it and this led Charles into running away from England again. Being a protestant closely associated with the Rye House John was suspected of being involved and as a result he took refuge in the Netherlands. He only returned to England after King James II had been overthrown, that was five years later. It is unknown if John actually participated in the assassination attempt but historians believe he was not involved in the plot.

7. John Locke’s major works were written after he was 60 years. 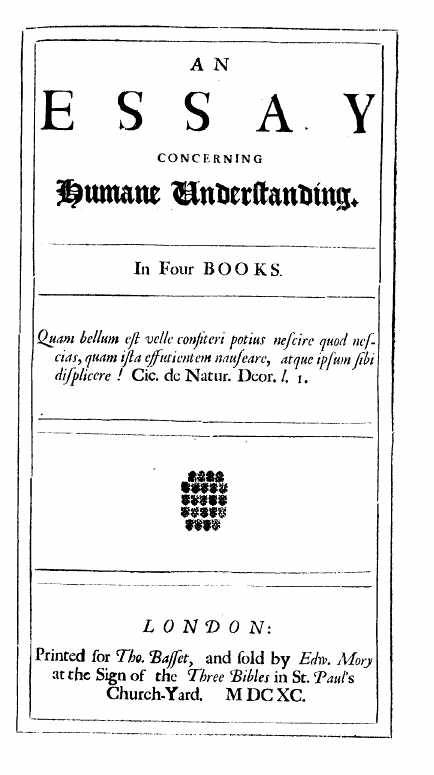 Most of John’s best known monumental works were written and published after his return from exile in 1689. The three major writings of John Locke were published in quick succession of each other and ended up being very influential works of philosophy that influenced political, religious and education sectors.

The three important works of John include, “An Essay Concerning Human Understanding” which inspects the human mind, “Two Treatise of Government” which is his most important political work and “A letter Concerning Toleration” which puts forward strong reasoning in favor of religious tolerance.

His other well-known works include “Reasonableness of Christianity, written in 1695. It argues it is reasonable to be Christian and “Some Thoughts Concerning Education” written in 1693. It remains one of the most important philosophical work on education in England.

8. John Locke is regarded as the Father of Liberalism. 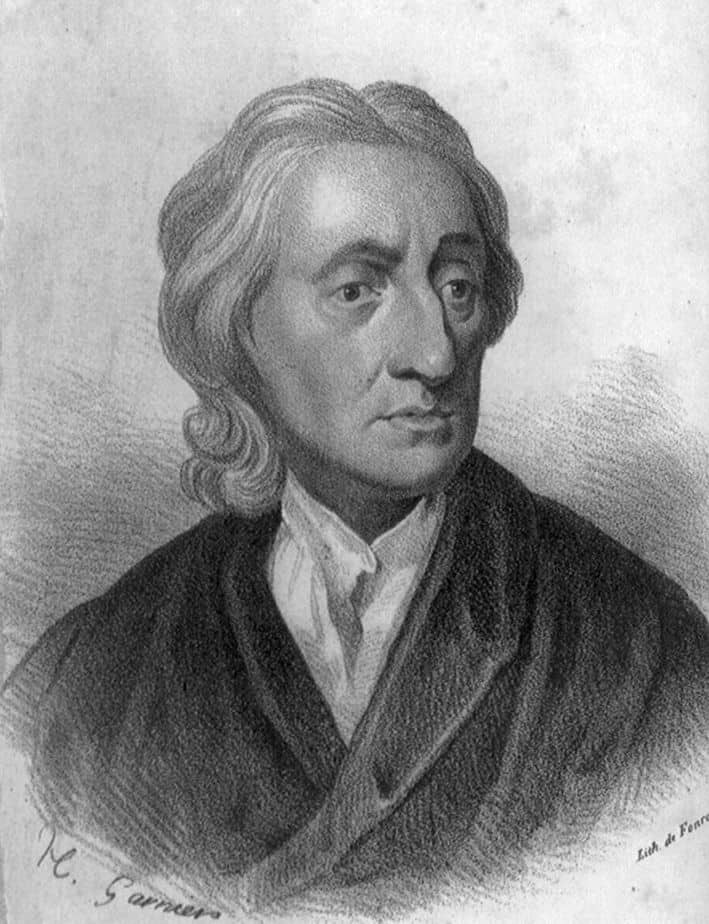 John Locke is considered the Father of Liberalism on his ideas of liberty and equality. He is the man behind the notion that government acquires consent from the governed and therefore authority is derived from the people and not the government. Most scholars trace the phrase “life, liberty, and the pursuit of happiness” in the Declaration to Locke’s everyone has a natural right to defend his “Life, health, Liberty, or Possessions”.

He was not only known as liberalism, but he was also regarded as the founder of empiricism and influential philosopher who not only imparted his home country but also greatly influence 18th century America.

9. He had a close relationship with Damaris Masham, and he died at her house.

Damaris Cudworth Masham, the wife of Sir Francis Masham, met John Locke in her early twenties and maintained a close personal relationship with him for the remainder of his life. John Locke was also impressed by the young lady and described her in a letter to a friend as: “The lady herself is so well versed in theological and philosophical studies, and of such an original mind that you will not find many men to whom she is not superior in wealth of knowledge and ability to profit by it.”

In 1691, Lady Masham invited Locke to live in her household in Essex which he accepted. John lived there until his death on 28th October 1704 when he was 72 years. He died of health problems which he has suffered from most of his adult life. He was buried in the churchyard of the village of High Laver, Essex. 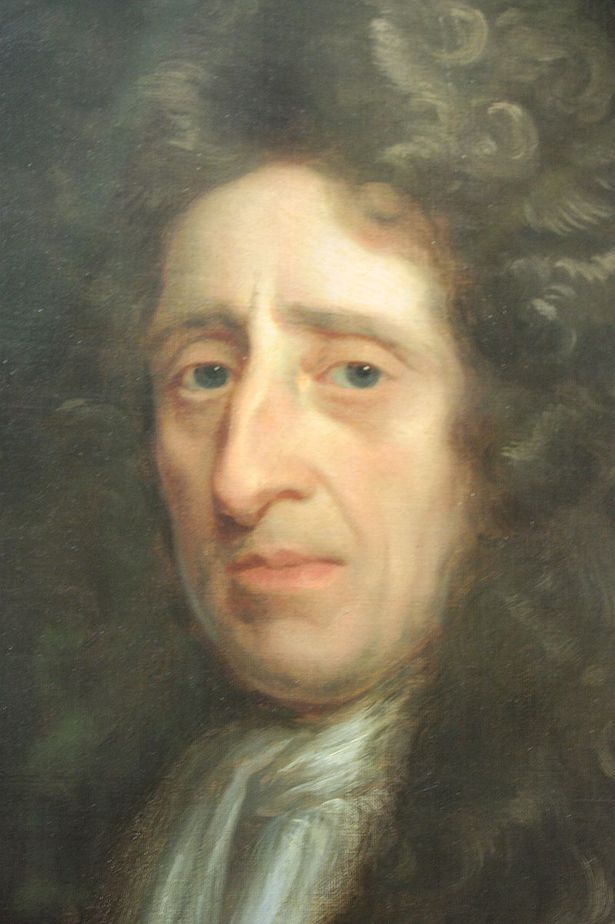 Locke only shared a close Platonic relation with Lady Masham, who was 26 years his junior, and not a romantic relationship. He never married nor had any children in his 72 years. Upon his death, his will was dedicated to gifts, legacies and arrangements for Lady Masham and her son.