Things to do near Bastille in Paris 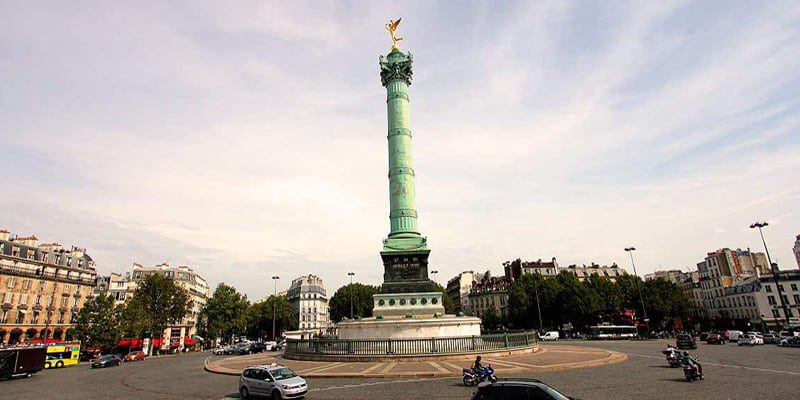 Bastille use to be a place where there was a royal prison. The latter was destroyed during the 1789 French revolution.

Today, the center of the plaza is occupied by a bronze column, the column of July, which commemorates the French revolution of 1830. Bastille is often a place for rallies and demonstrations in Paris. What are the things to do near Bastille?

Spend an evening in the ‘Opera Bastille’ 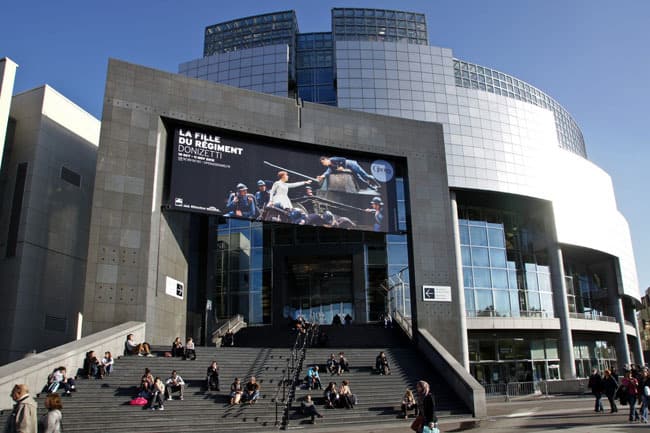 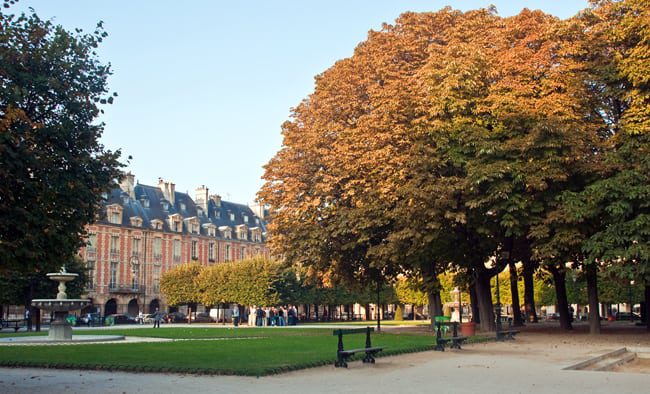 One of the very good things to do near Bastille is walking through the ‘marais’ neighborhood and its small authentic streets.

Don’t miss the Place des Vosges, one of the two oldest squares in Paris. It is my personal favorite square in Paris, as it has a homogeneous architectural style, with houses in brick and stone, typical of the early XVIIth century. The park in the center of the square is particularly nice in summer, with its four fountains at each corner.

Go to the arsenal Harbor 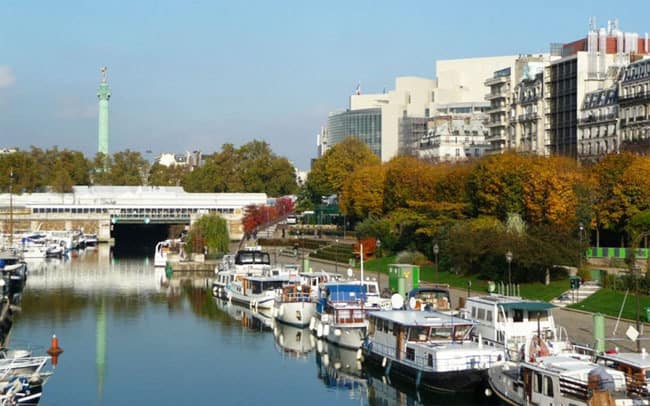 Strolling on the banks of the arsenal harbor (‘Port de l’arsenal’), a former trade harbor, is one of the things to do near Bastille if you are tired of visiting monuments.

This harbor linked the river Seine with the Saint-Martin canal. The Seine used to be widely used for freight transport, and the goods arriving in Paris to be sold at the former ‘Les Halles’ market (today moved to the suburbs of Rungis) transited through the arsenal harbor.

Since 1983, goods coming into Paris arrive more often by road, and the arsenal harbor has been turned into a marina. I always find it very relaxing to stroll along the banks, under the shade of the trees, looking at the boats and the water. It is a good way of taking a break from the hassle and bustle of the city.

Head to the island ‘Ile Saint-Louis’

One of the things to do near Bastille is heading for then nearby Ile-Saint-Louis. It is the only natural island in Paris along with the nearby Ile-de-la-Cité. The island has been inhabited since the Middle-Ages. Today, it has almost only residential houses, dating mostly from the XVIIIth century.

A spot I really like on this island is the ice-cream shop Berthillon which probably has the best ice-cream in Paris! They have a wide range of flavors, including Capuccino, foie-grand, or grand marnier! The shop is located at the center of the island. Other cafés around the island sell ice-creams coming from this shop but be careful, they have a smaller range of flavors.

Have lunch or dinner at ‘Le Train Bleu’ 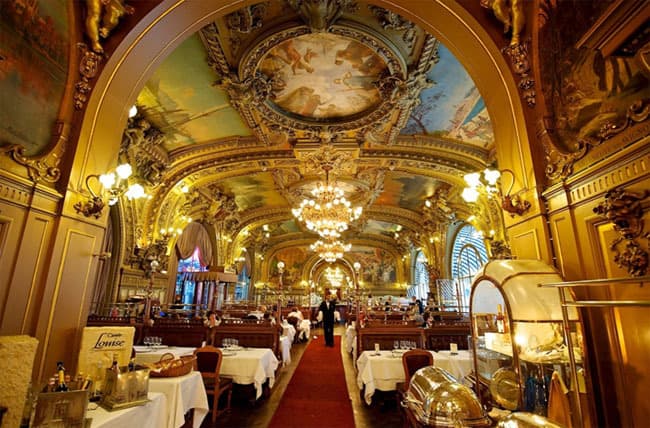 Even though it is located inside the ‘Gare de Lyon’ station, the ‘Train bleu’ restaurant is definitely one of the things to do near Bastille. Opened in 1900 at the same time than the statin, in is located in a very luxurious setting: the walls have golden decorations and the ceiling is painted with landscapes showing the different destinations one can reach from the station.

In the 190s, only rich people could afford taking the train! The food is of very good quality but of course, it is a little expensive. It is not at all a place for travelers, for people who need to catch a train, but much more for people who want to spend a good evening in a good restaurant.