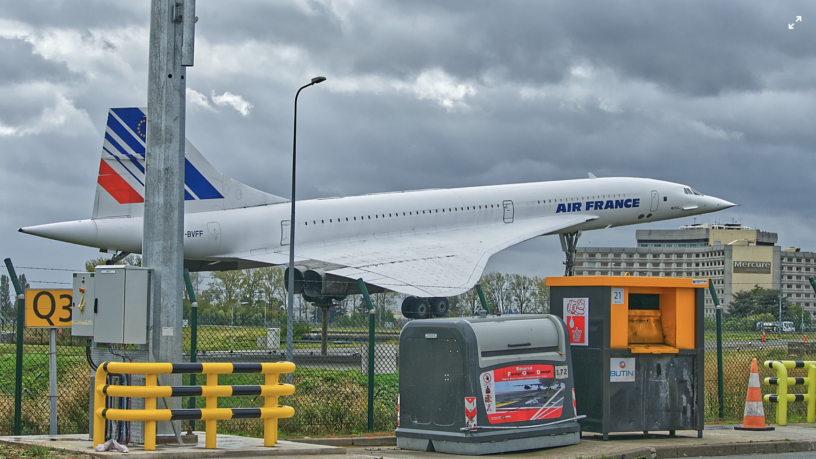 Charles de Gaulle Airport is arguably the most important facility in all of Paris, considering it’s how one gets into and out of the city were they not blessed having been born here.

Like all monuments in the capital, Charles de Gaulle Airport has a rich history. Here are 10 facts that make for excellent dinner conversation starters, if I do say so myself.

Parisians call is Roissy Airport, but its formal name is Charles de Gaulle. It’s the largest international airport in all of France, handling an average of 70 million passengers a year. 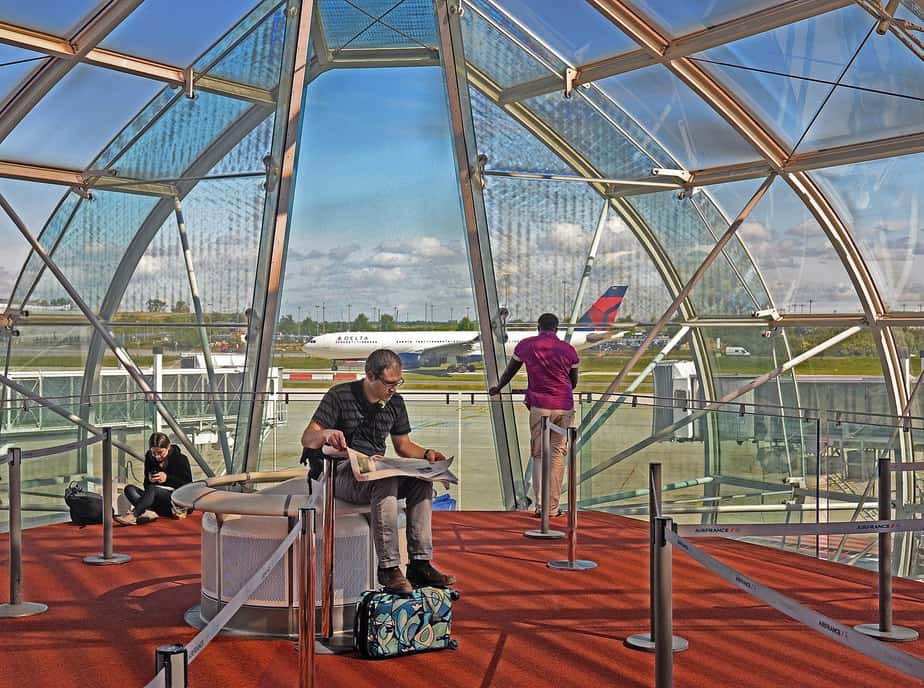 Click here for things to do near Charles de Gaulle

The airport takes up a whopping 3,260 acres of French countryside. It’s necessary, considering this single airport boasts an impressive 4 runways, offering movement to 1,350 aircraft per day.

Within the grounds, there is an airport hotel, shopping mall, food court and more. It has its own metro and train systems, connecting travelers to the city center. Because getting into the city center is so easy, a lot of travelers do so during long layovers. Charles de Gaulle offers comprehensive luggage storage for all who wish to do so. 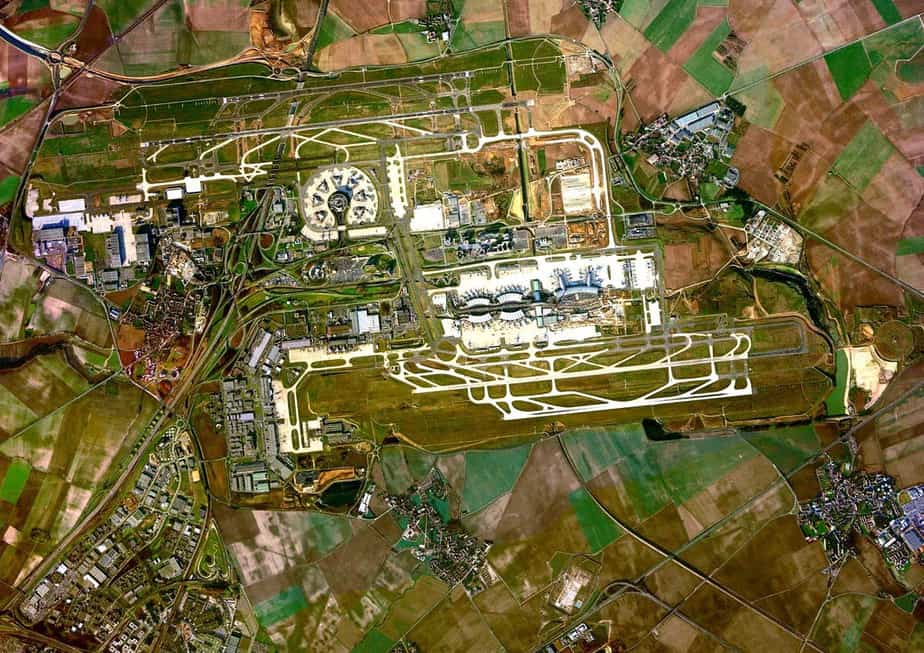 3. It’s Been the Set of a Music Video

If I mention the lyrics “It’s a beautiful day, don’t let it get away”, what comes to mind?

If you’re thinking of pop-band U2 and their hit single ‘Beautiful Day’, you’re spot on! This track was released in the year 2000, accompanied by a memorable music video that was shot entirely at Charles de Gaulle!

Other than this, the airport hasn’t had many major on-screen debuts. In 1974, Terminal 1 featured briefly in a French film, and has since also featured in Rush Hour 3, and Private Benjamin.

Planning and construction for this airport only began in 1966. At the time, it was intended to be named the Paris North Airport, but when it came to open in 1974, the name Charles de Gaulle had stuck.

The main architect was a man named Paul Andreu, and he has remained the leader of upgrades and expansion in the decades that followed. Andreu built the first terminal in the image of an octopus, with eight “legs” sprouting out from one main hub.

By design, Terminal 2 is divided into seven sub-terminals, known as Terminal 2A to 2G.

Terminal 2E was inaugurated in 2003. A year later, in 2004, a portion of the terminal collapsed and killed 4 people, and seriously wounded 3 others. Amongst the deceased were two Chinese citizens, one Czech citizen and a Lebanese citizen.

Andreu came under fire, especially considering he had also been responsible for the design of Dubai’s Terminal 3, which also collapsed in 2004.

In 2005, a decision was made to tear down Terminal 2E completely, and start again. The new terminal was opened in 2008. 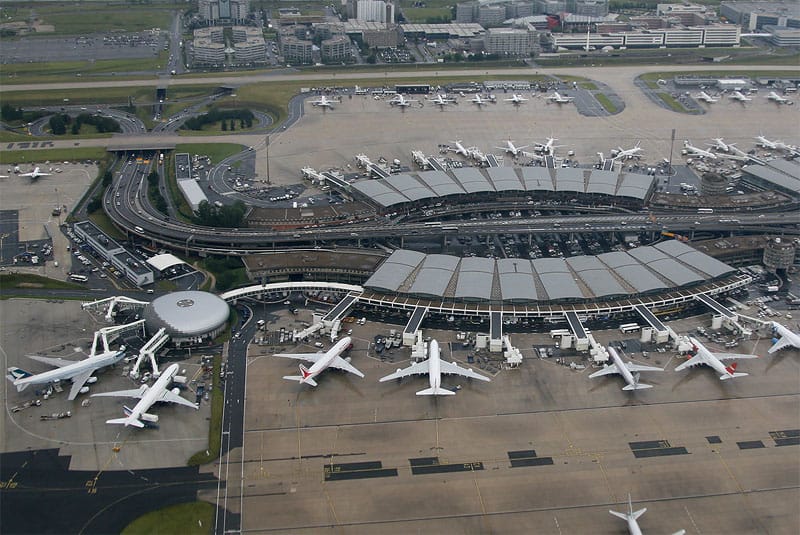 6. And a Few Accidents

What’s an airport without a few hazardous incidents, right? In 1993, a Lufthansa flight between Bremen and Paris hit the ground 1,800 meters short of the Charles de Gaulle runway. It resulted in the death of 23 passengers on board, with all 4 crew members surviving.

A few years later, in 2000, a Concorde airplane moving between Paris and New York, crashed into the Les Relais Bleus Hotel in Gonesse. All passengers on board were killed, as well as 4 people on the ground.

7. It’s Named After an Important Man

Charles de Gaulle was a statesman and army officer who lead the Free France movement against Nazi Germany in World War II. Between 1944 to 1946, he chaired the Provisional Government of the French Republic, with intend to reestablish democracy for the French people.

Charles de Gaulle is a memorable, household name in Paris and surroundings. The naming of the airport after him was very apt indeed. 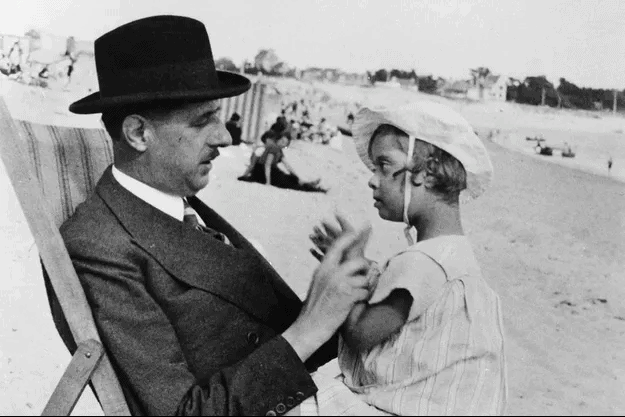 8. Charles de Gaulle Airport is not Technically in Paris

It’s quite a way out, in fact. Charles de Gaulle sits just over 30km outside of the city center. To get to the airport you’ll catch a passenger train that runs throughout the day. The journey takes an hour. Traveling by car can get you there in about 40 minutes. 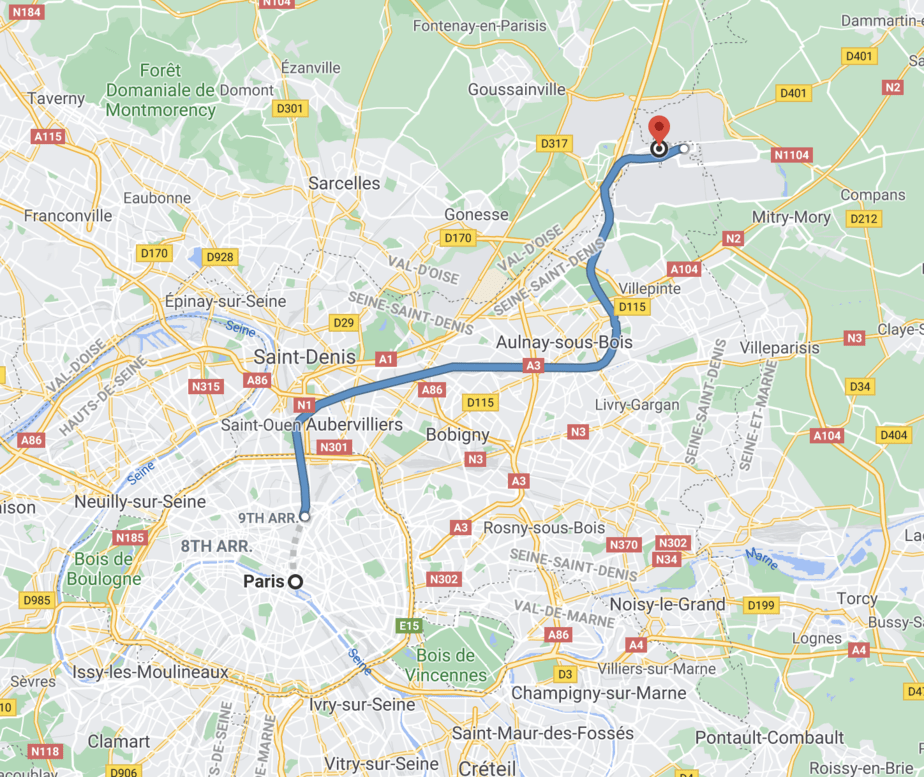 It’s likely impossible to name them all offhand, but it’s wonderful to know that if there is somewhere you need to get to from Paris, you can probably do it quickly and cheaply.

CDG is a gateway to the rest of Europe and the world at large. It hosts the most airlines compared to any airport on the planet, and has the most direct flights to the most countries, compared to all other facilities. It also never closes, operating at 24 hours a day.

10. There are Plans for Expansion

It seems that France has no intention of ever falling by the wayside when it comes to their airport expansion. They intend to remain one of the world’s leading airports, and to do so, they need to be ever growing and improving.