A Visit to the Gardens of Luxembourg in Paris 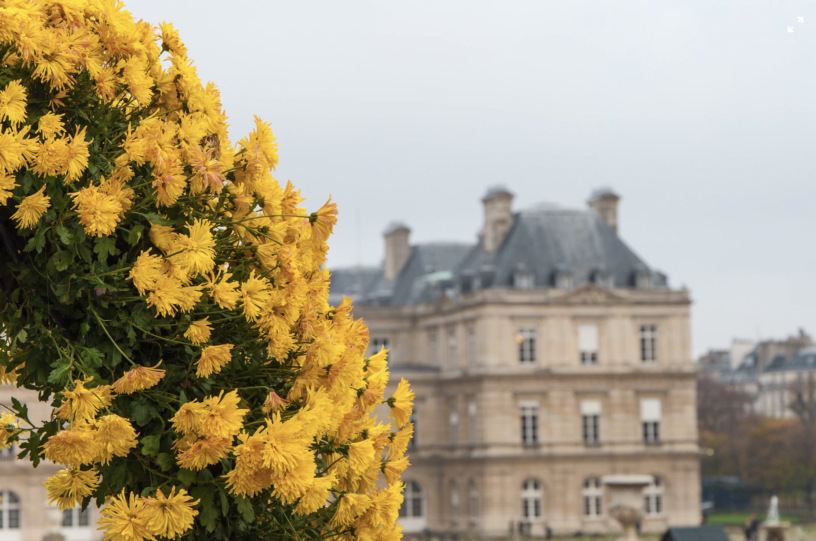 A Visit to the Gardens of Luxembourg in Paris

Paris is synonymous with luxurious green spaces, and you’ll have your pick of the lot whilst visiting the city.

The best thing about the various parks and gardens in Paris, is that they are free to visit and enjoy. This is not a common attribute for attractions in Paris, so take advantage of those that you can.

The Luxembourg Gardens are an unmissable site, open year round. Here’s everything you need to know before you go…

What are the Luxembourg Gardens in Paris?

Back in 1612, the construction of these perfectly manicured gardens began under the initiative of Queen Marie de Medici. They consist of 25 expansive hectares of land, divided into two very distinct gardens: the French, and the English.

Queen Marie was the widow of King Henry IV of France, and she was responsible for the construction of a new place on the same grounds; the Luxembourg Palace. The grounds sprawl around the palace, which still sits on this site to this day. 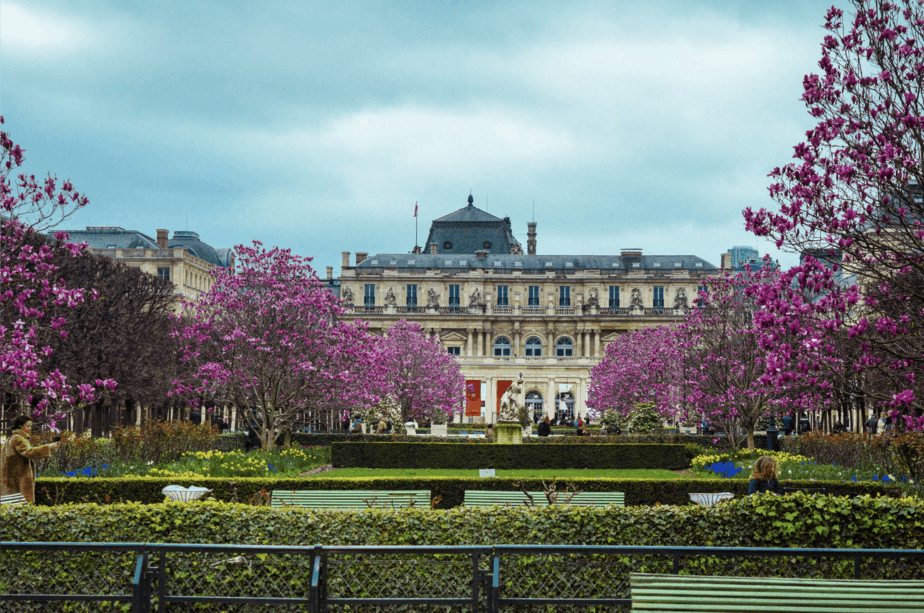 For more reasons to visit the Luxembourg Gardens, click here!

For a long time, the gardens remained royal property, and civilians were not permitted to enter them until the 17th century.

Why all the fuss? Well, as far as manicured city grounds go, it doesn’t get much better than these. When the flowers are in bloom, you’ll be transported to a wonderland worthy of an afternoon under the harsh summer sun.

The gardens sit right on the boarder between two important Parisian neighborhoods: Saint-Germain-des-Prés and the Latin Quarter. They’re on the Left Bank, and are known for being cultural hubs as far as French history goes.

The easiest way to get from anywhere in the city to the gardens is to make use of the metro and ride it up until the Luxembourg stop. This is toward the north of the grounds, and there is another stop further south called Port-Royal. 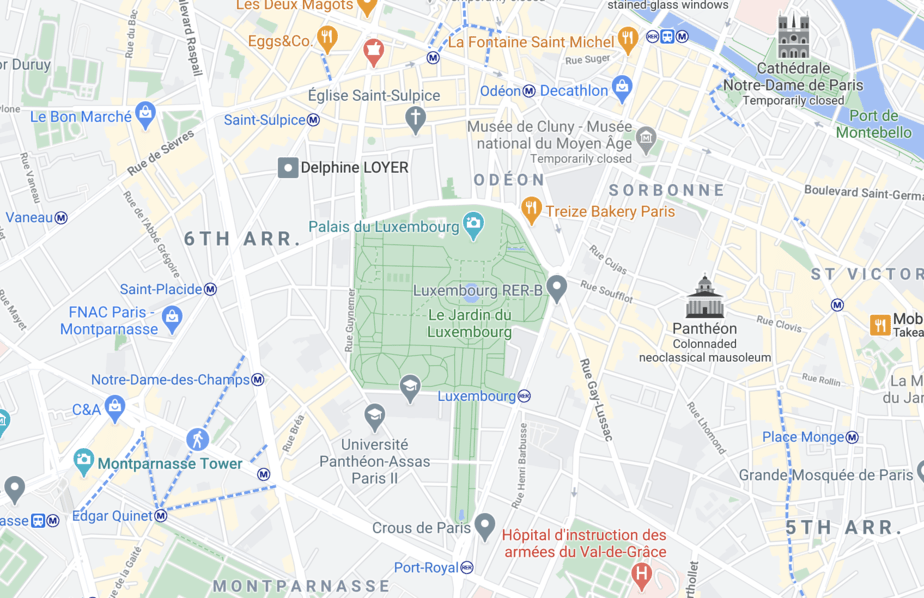 Not far from the Luxembourg Gardens is the Paris Pantheon. A lot of day visitors choose to do both of these attractions at the same time, either preceding their Pantheon visit with a walk in the gardens, or vice versa.

If you really want to make a full day of this neighborhood, the famous Cluny Museum lies between the Pantheon and gardens.

Click here for a complete guide to the Paris Pantheon!

Like any outdoor space, late spring and anytime in the summer is the best time for visitation. This is when the plant-life throughout the gardens are in full bloom, and the diverse flowers come out to greet the world.

The laws are green and lush during these seasons, and they beg for you to spend some time lazing about. That being said, there isn’t a lot of tree coverage at the Luxembourg Gardens, so shade is hard to come by. 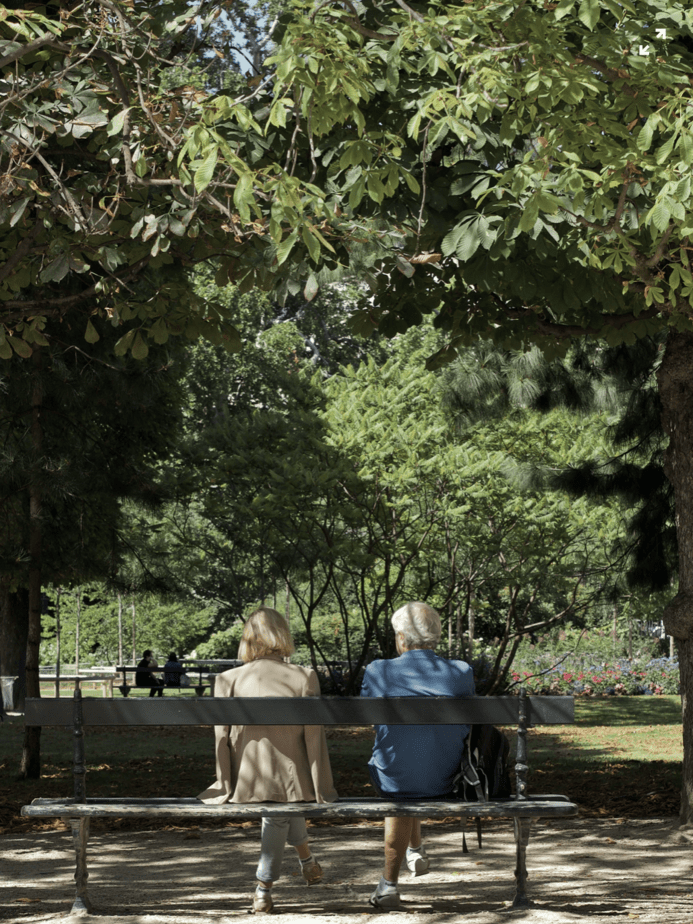 Luxembourg Gardens – by Vald B – Unsplash

The peak of Paris’ summer can be an overwhelming time to spend too long outside. It doesn’t help that the gardens feature a giant pond that is off limits for swimming.

In the winter, a walk through the gardens is a great way of getting some time outdoors, provided the weather of the day is mild enough. Early autumn is also a wonderful visitation time, as the weather will have cooled slightly and one can spend longer periods in the vicinity.

What to do in the Luxembourg Gardens

Other than stroll? Picnics are permitted and encouraged in the Luxembourg Gardens, just be sure to pick up after yourself and bring something soft to sit on.

The geometric forests are a must see, as are the apple orchards. You’ll also be able to have a peek into the massive greenhouses that this land pays host to. Above all, the rose garden in the English sector is a memorable sight.

There are 106 statues scattered throughout the Luxembourg Gardens, and I’ve never found all of them in a single day. This is something worth trying, if sculptor art is your cup of tea. 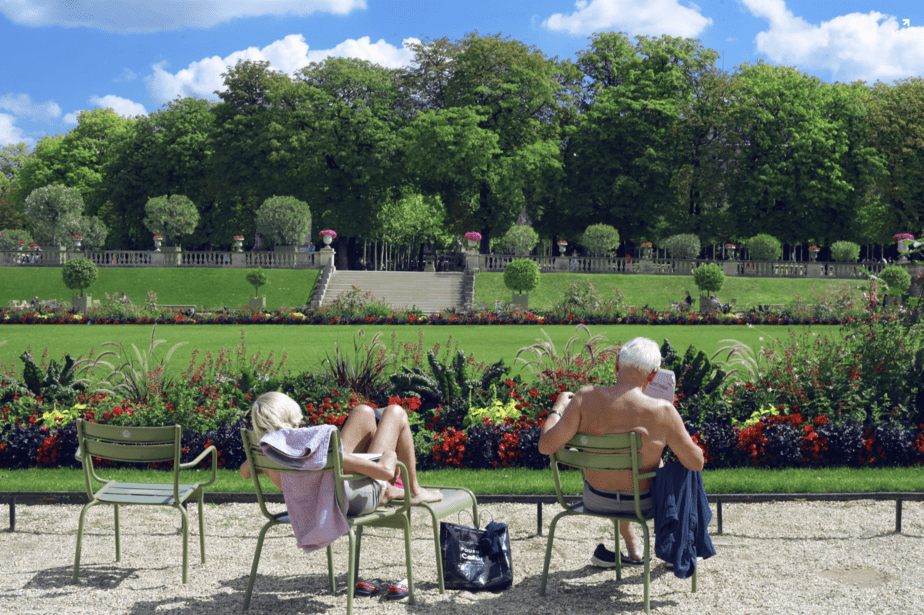 Children are welcome, and there are a myriad of activities to keep them busy whilst you laze about. There are regular puppet shows, a variety of slides and small rides available throughout the day.

In terms of adult entertainment, there is chess, tennis, and even remote controlled boats over the pond. Sometimes, there are free concerts held at the garden bandstand.

For more things to do in the Luxembourg Gardens, click here!

Touring the Palace at the Luxembourg Gardens

The Luxembourg Palace has a rich history of its own, and is worth a visit if you’re in the area.

During the French Revolution, this palace was actually converted into a prison, to hold the many arrestees during the riots. It was then transformed back by Napoleon, before being replaced by the Chambers of Paris in 1814.

During World War II the palace was occupied, and then again liberated. Later it was turned into a senate house, and then back to a palace. I tell you, it’s been a tumultuous journey for this monument, and a peek inside is worth the while. Did I mention that the library holds over 450,000 books? 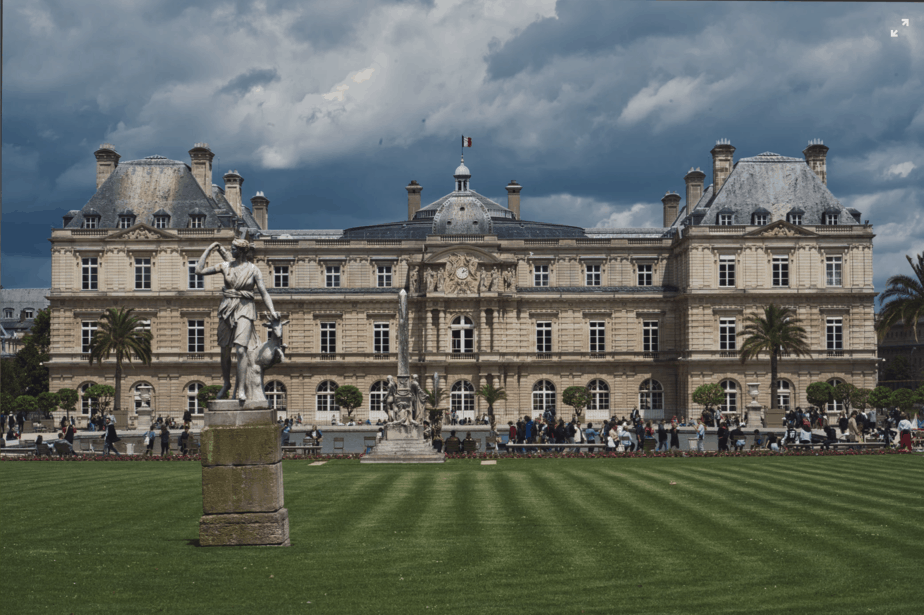 Entrance into the palace is free to all, but groups larger that 30 visitors need to obtain approval from the senator prior to entry. Tours are only available on Mondays and Fridays.