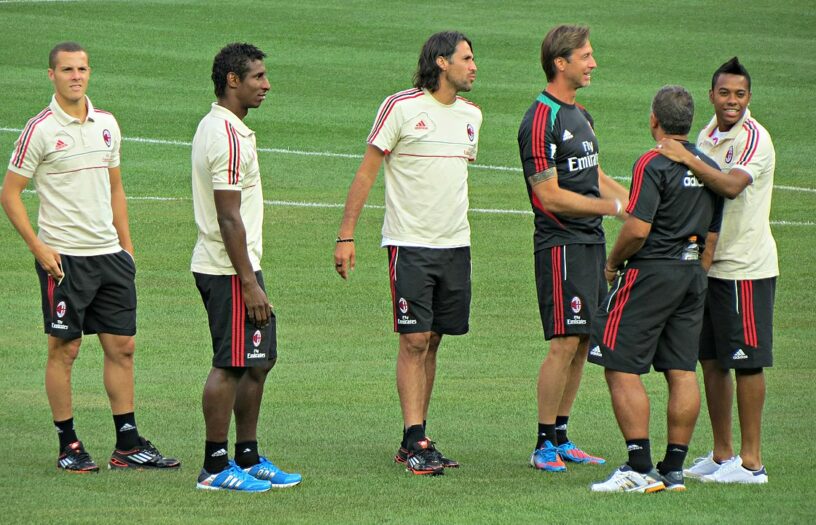 Players of AC Milan before their match against Real Madrid. Photo by Goatling on Wikimedia 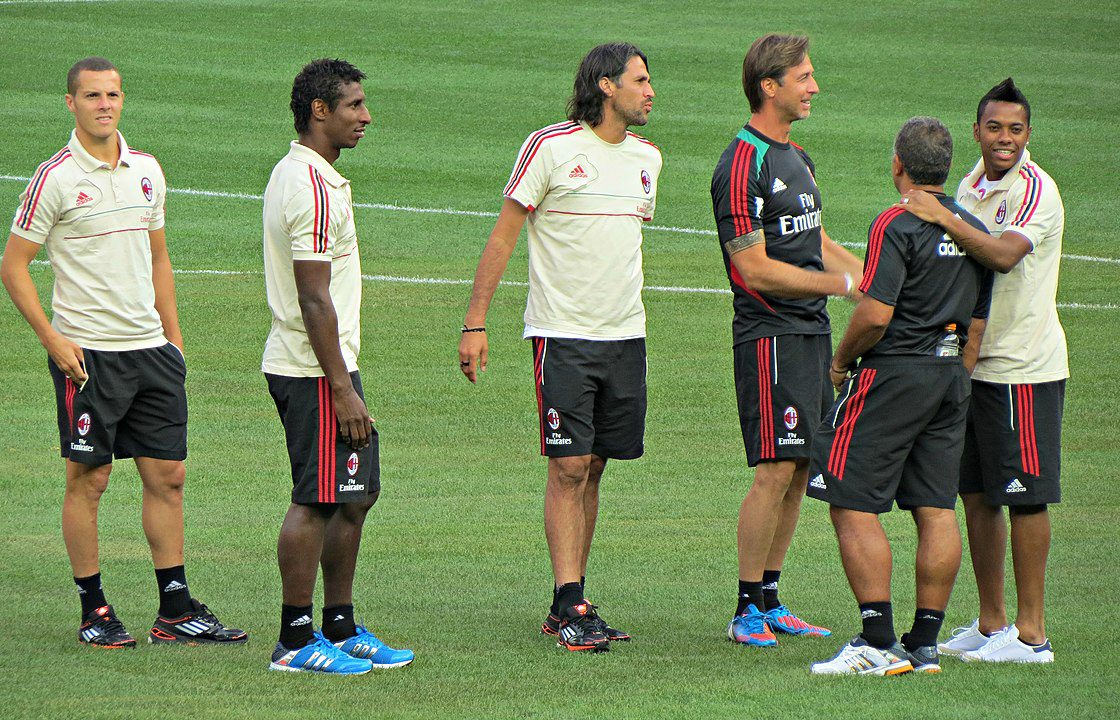 Players of AC Milan before their match against Real Madrid. Photo by Goatling on Wikimedia

Associazione Calcio Milan which is commonly referred to as AC Milan or Milan is a professional football club in Italy. The Milan-based club was founded in 1899 and has been in top-flight for several years. AC Milan is one of the most decorated football clubs in Europe and the whole world with how they are organised and their play. Their stadium is known as San Siro which has a lot of memorable history.

Behind this success, AC Milan has to be great players and great managers who guide them to such glory. Several world-class soccer players have graced the game for AC Milan over the years they have been enjoying success. Previous players and some current players can be rated as the top and famous for the club.

Below are the 10 Most Famous A.C. Milan Players:

When naming the famous players of AC Milan, Paolo Cesare Maldini’s name comes first as he is ranked as the best player to play for the Milan side. Paolo Maldini played as a centre-back and other times as a left-back for AC Milan. He made his first appearance for the club at the age of 16 as a replacement for an injured teammate on 20th January 1985.

Paolo Maldini went ahead and embarked on a successful career with Milan for two and half decades at a high level. He is considered a remarkable champion as well as a top leader among other leaders. Maldini is ranked among the greatest footballers to have ever graced the game.

Paolo Maldini was a versatile player who was not afraid of putting in a foot that no one expected to defend his team. He also pushed his teammates to play perfectly earning him more accolades. Paolo Maldini won everything with AC Milan including 7 Serie A Titles, 5 Supercoppa Italiana, and 5 European Cup/Champions League among many other top awards. 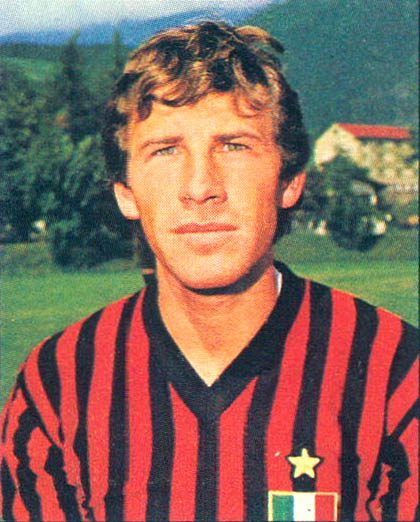 Beginning his youth career at Inter Milan, Franco Baresi did not manage to make it to the first team and become a regular. He decided to leave Inter and move across the city to AC Milan where he left his legacy. Franco Baresi played spent his football career at AC Milan for 20 years.

He played as a centre-back who was also a commanding figure for the team that won a lot. Franco captained the team for 15 years which was great as his command helped his teammates play with agility. In total, Franco played 719 games for AC Milan. He won 3 UEFA Champions Leagues, 2 Intercontinental Cups, 3 European Super Cups, 6 Serie A trophies, 2 Serie B titles, 1 Mitropa Cup and 4 Italian Super Cups.

Nils Gunnar was a prolific, powerful and physically strong AC Milan striker during his playing time in Italy. He had a good eye for goals as he scored several goals for his club. The Swedish international is renowned for being one of the greatest players of AC Milan.

He spent eight years at the Milanese side where he bagged two hundred and ten goals in just 257 appearances. His goal-scoring record for AC Milan was incredible as he boasted a ridiculous strike rate of 0.817 goals per game. In his whole career, Gunnar had a total of 422 goals in 504 appearances. He won two Italian Serie A trophies, 4 Italian Cups and 2 Coppa Latina. 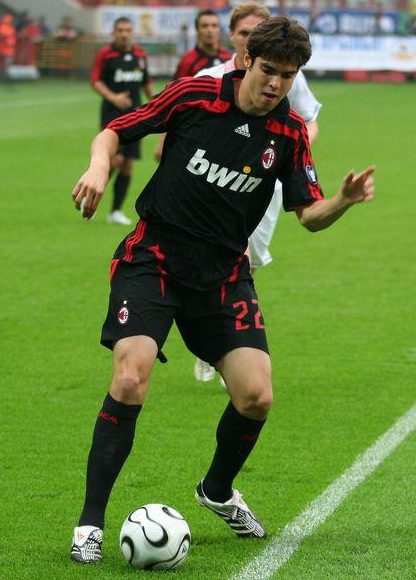 Ricardo Izecson dos Santos Leite who is commonly known as Kaka is another former great player of AC Milan. Kaka played as an attacking midfielder who was so remarkable for the deadly Milan side during his playing time.

During his playing time, Kaka was a creative passer, had great scoring rates and was a good dribbler from the midfield. He is considered one of the best players of his generation.

At AC Milan, he used to play behind the striker and sometimes as a false striker who provided several assists and helped his team win a lot. Kaka won one Serie A title, one Supercoppa Italiana, one UEFA Champions League, two UEFA Super Cups, one FIFA Club World Cup, four Trofeo Luigi Berlusconi and two TIM Trophies.

Van Basten, another top striker of AC Milan is also one of the famous players of the club even though his career was cut short at the age of 29. The Netherlands international had a formidable relationship on the attack with Franco Baresi and had the same reputation as Paolo Maldini.

His scoring record at the San Siro was immense as he also helped the team win several awards as well as he has several individual honours. Van Basten won 2 European Cups, 2 International Cups, 2 European Supercups, 3 Serie A Titles and 3 Supercoppa Italiana. 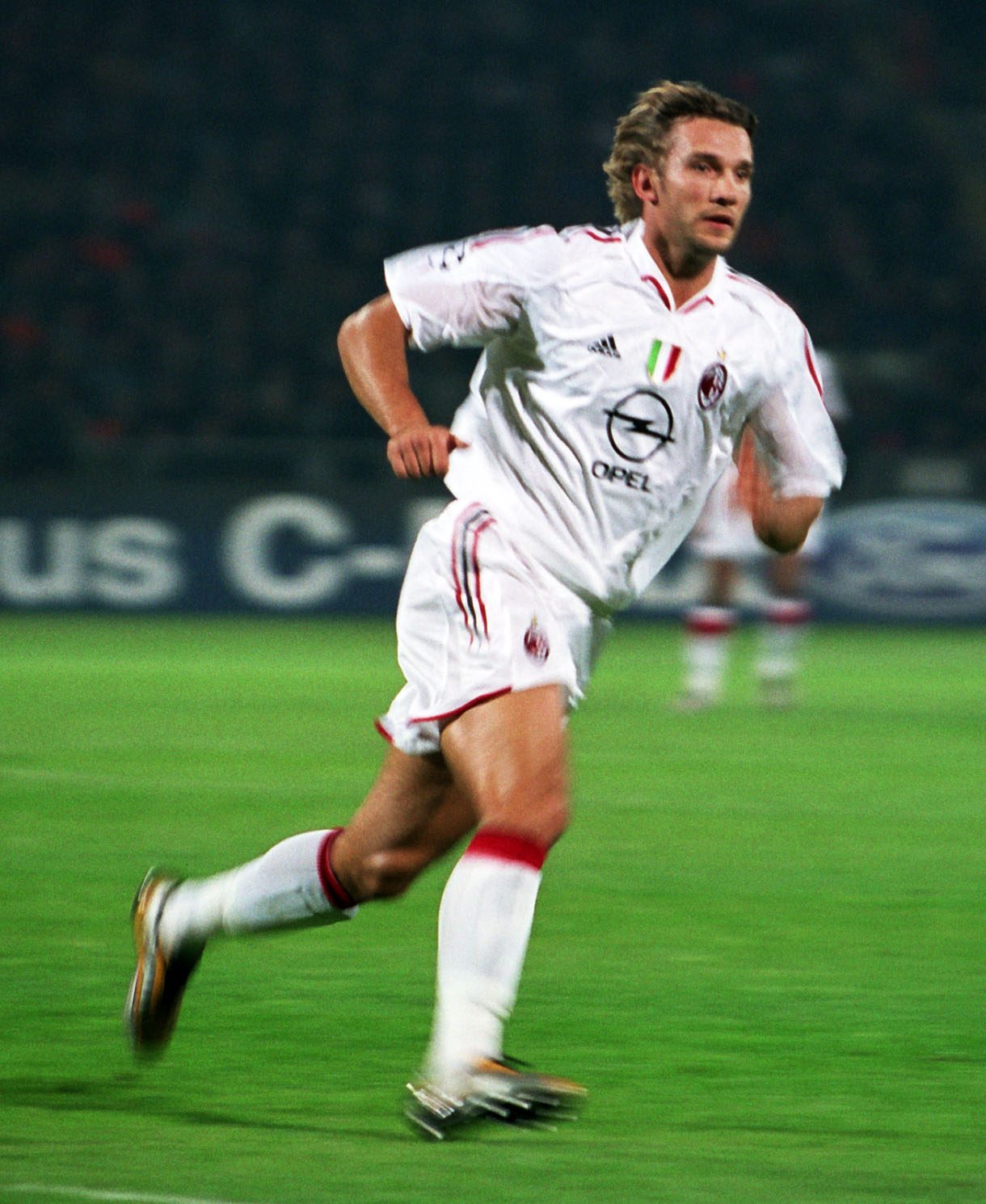 Shevchenko joined AC Milan for a then-record fee of €25 million in 1999 which proved to be a good deal. A top goal scorer and renowned for his goal-poaching skills, Shevchenko became a fan favourite quickly after his move.

He scored a total of 24 goals in 32 appearances during his first spell with AC Milan. Shevchenko went ahead to play for Milan for 6 years before he left for Chelsea where he also matched his former form. He returned to AC Milan on loan in 2008 but struggled a lot.

However, his loan spell could not overlook his past success with the club previously. He won each the trophies once during his career with AC Milan; Serie A, Coppa Italia, Supercoppa Italiana, UEFA Champions League and UEFA Super Cup.

An all-rounded former football player, Ruud Gullit could not fail his manager whenever he was recalled to play in any position on the pitch. He used to play as a defender, midfielder as well as a striker which made him one of the most famous players of AC Milan.

Rudd Gullit was famously known for his versatility and talent and was among the impressive trio alongside his compatriots Frank Rijkaard and Marco Van Basten. He was very strong, fast and agile also boasting good ball control, passing ability, a powerful shot and was an aerial threat. Rudd won 3 Serie A trophies, 3 Supercoppa Italiana, 2 European Cups, 2 UEFA Super Cups and 2 Intercontinental Cups. 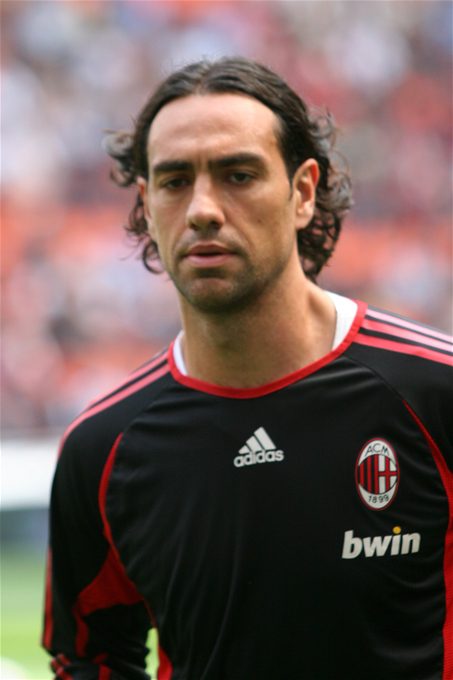 Nesta cannot miss out on the list of famous AC Milan players during his playtime. He boasted of pace, artistic tackles, elegance on the ball, and distribution and marked his opponents tightly. Alongside his fellow defenders, Nesta made few errors making him one of the best players.

His passing was elegant, effortless and unique as he is described as a deep-lying playmaker. Andrea Pirlo mentored several midfielders at AC Milan and is still looked upon by several rising Italian midfielders. He wins 2 Serie A trophies, 1 Coppa Italia, 1 Suppercoppa Italiana, 2 UEFA Champions League, 2 UEFA Super Cups and 1 FIFA Club World Cup. 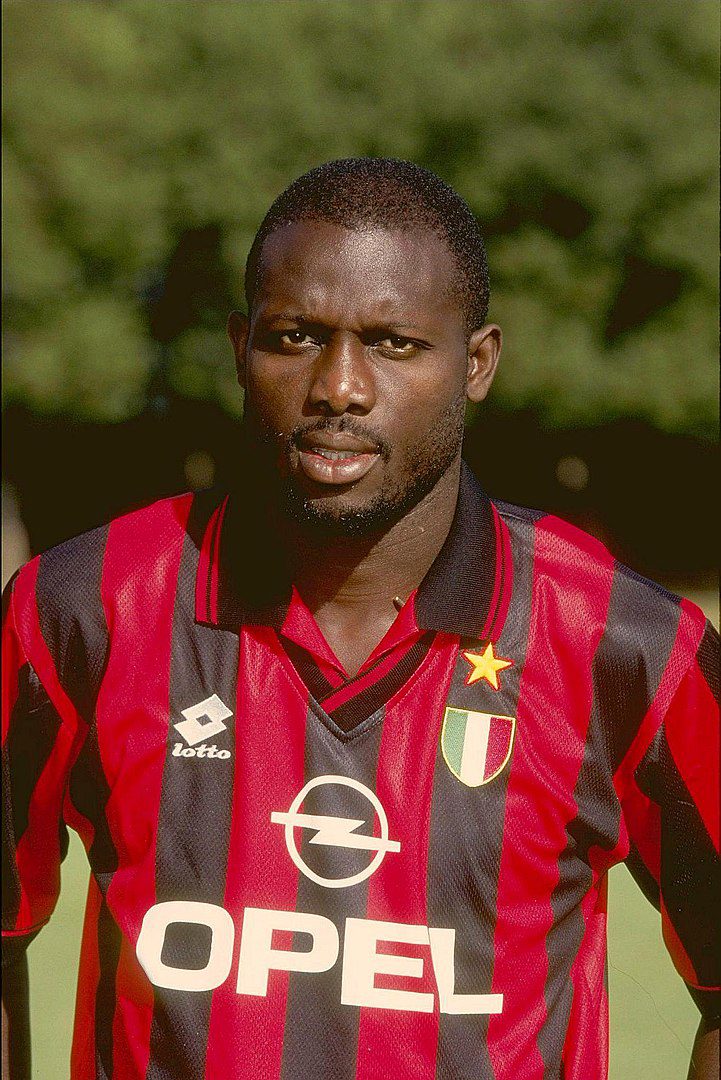 At AC Milan, Weah was a predator of a striker whose eye for the goal was immense and who had a good strike that always yielded. The greatest regret AC Milan fans have with George Weah is that he never joined the club earlier. He won two Serie A trophies with AC Milan. 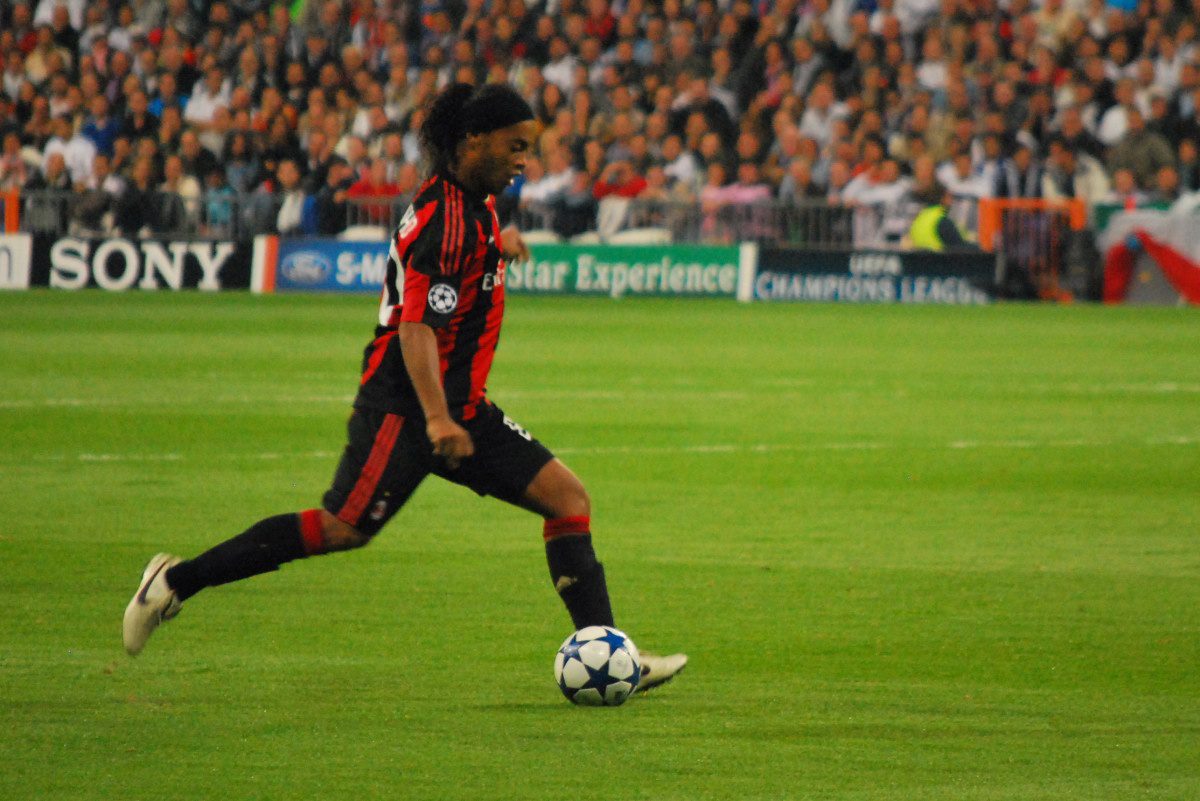 Another honourable mention is of Ronaldinho. The Brazilian is known to be one of the best soccer players to have graced the pitch of various clubs he played for.

His sleek moves, dribbling skills, his eye for goal, and ability to take-on defenders enabled him to thrive well at AC Milan. His career was short-lived as injury struck him and got him side-lined. However, Ronaldinho remains to be one of the most famous and greatest players of AC Milan.

Other than the former famous players of AC Milan, other players are currently making a legacy for themselves at the club. They include Zlatan Ibrahimovic, Raphael Leao, Brahim Diaz, Sandro Tonali, Fikayo Tomori, Oliver Giroud and others.

Book a tour with us HERE and get to explore the San Siro and Milan.