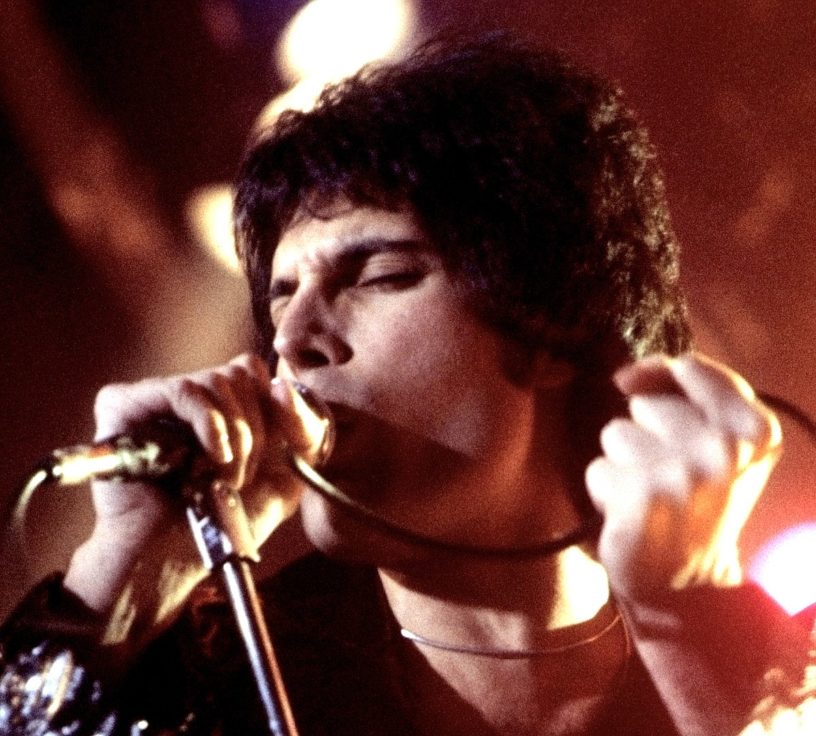 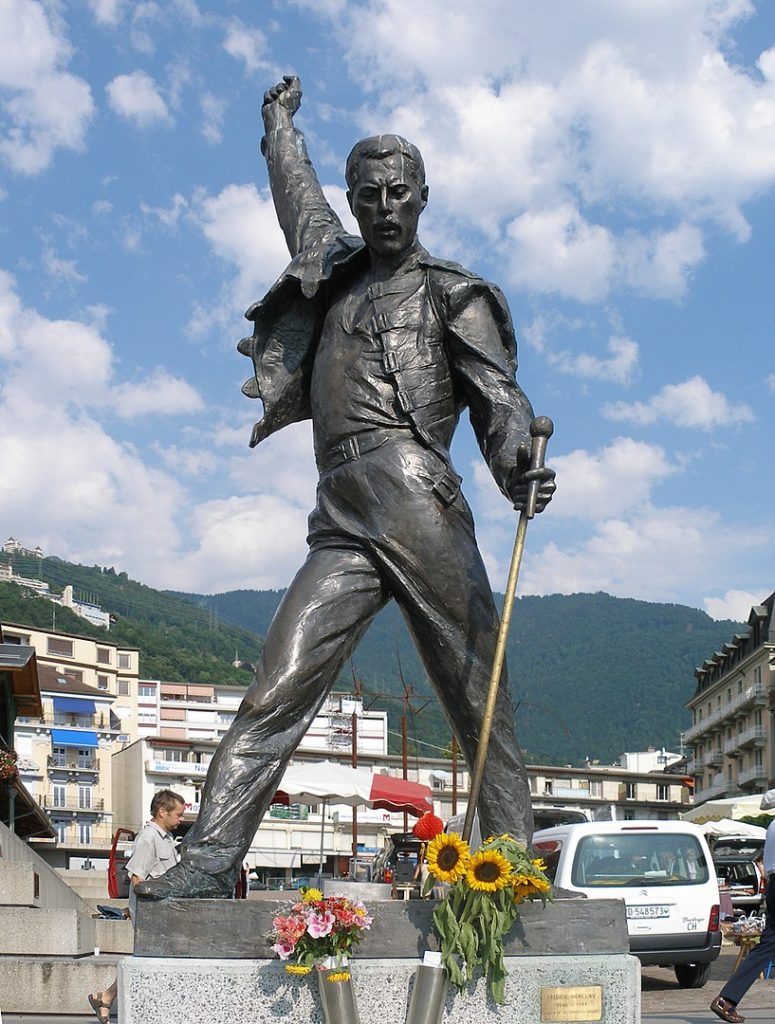 Singer Freddie Mercury was the lead singer of Queen and he was best known for his bubbly personality, his colourful performances and his talent.

He founded the band in 1970 and soon after had a big fan base all over the world. His unique vocals and antics on stage wowed many of his fans.

The Bohemian Rhapsody movie tells the story of his life and his time with Queen, the band.

It is without a doubt that Freddie Mercury was one of the greatest frontmen in the history of rock music.

His powerful and versatile voice continues to wow many years after he died.

I have put together the top 10 facts about Freddie Mercury.

1. He had an Arts Degree

Freddie Mercury got a degree in art and graphic design from Ealing Art College.

This came in handy when he created the Queen Emblem that featured the zodiac signs for the band members.

They were: two lions for John Deacon and Roger Taylor, a Cancer crab for Brian May and two fairies for his own Virgo star sign.

Freddie Mercury created the band logo with their astrological signs even though he did not believe in astrology.

2. His given name was Farrokh Bulsara 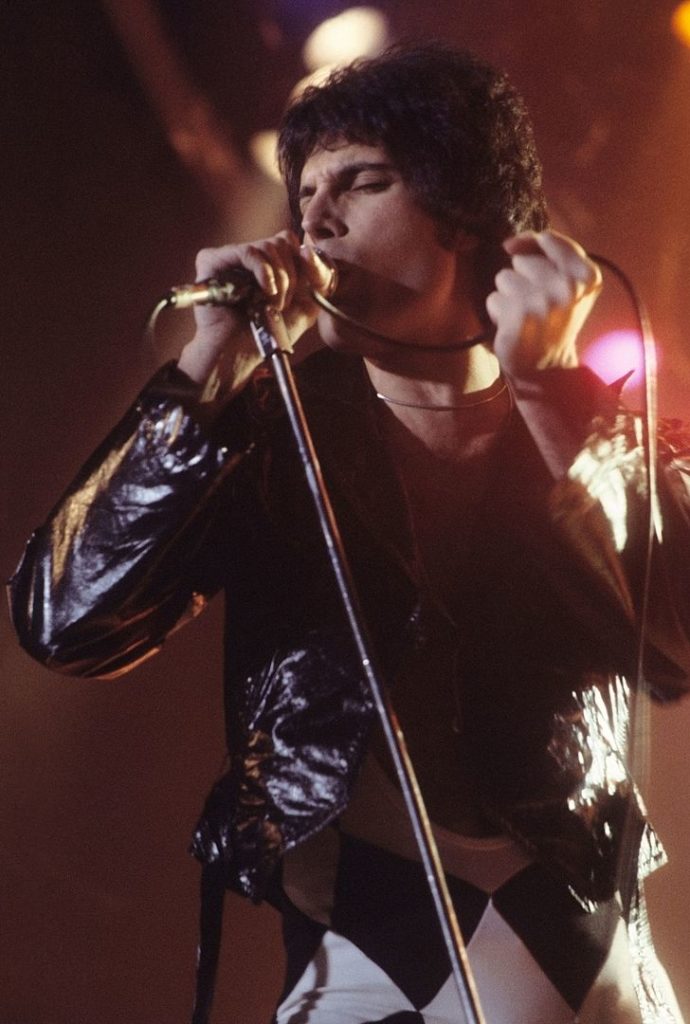 He, however, changed his name to Freddie when he was at St. Peter’s, a boarding school in Mumbai.

In 1970, he legally changed his name to Freddie Mercury around the time when Queen was formed.

His parents, Bomi and Jer Bulsara were Parsis from the Gujarat region of the then province of Bombay Presidency in British India.

3. Freddie Mercury was born in Zanzibar

Freddie Mercury was born on September 5th, 1946 in the British protectorate of Zanzibar.

His parents had moved to Zanzibar where his father worked as a cashier at the British Colonial Office.

Freddie, however, went back to India where he attended an English-style boarding school.

He later returned to Zanzibar after graduating from high school. Shortly after, his family fled Zanzibar for safety reasons.

They lived in a small house at 22 Gladstone Avenue in Middlesex England.

4. He had close relations with women 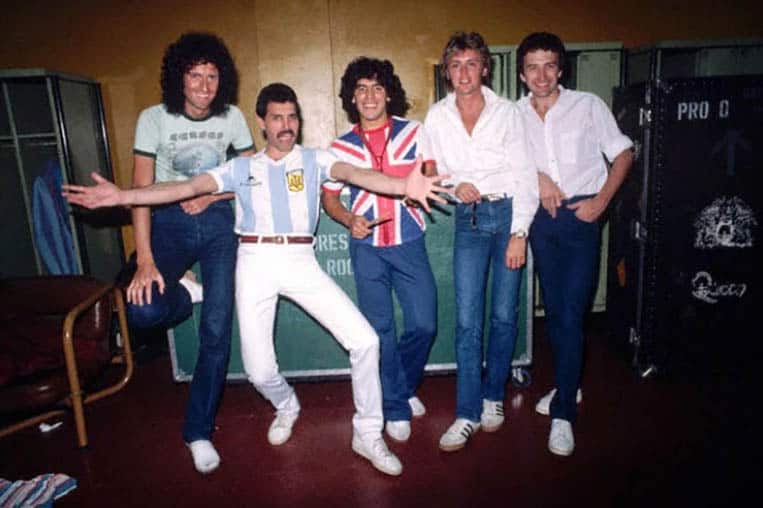 Freddie Mercury had many women in his life. They were not only his fellow artists whom he collaborated with but also lovers.

Despite this, Freddie was always celebrated as a gay frontman while others believed he was bisexual.

He shared his apartment with Barbara Valentin, an actress who also featured in their music video, hard life.

One woman who is believed to have had a very close relationship with Freddie was Mary Austin. They met in 1969 and almost got married.

Although their relationship did not work out, Freddie left her half of his estate, royalties and his Kensington home.

Freddie considered her as his common-law wife

5. He was friends with Bowie and Elton John 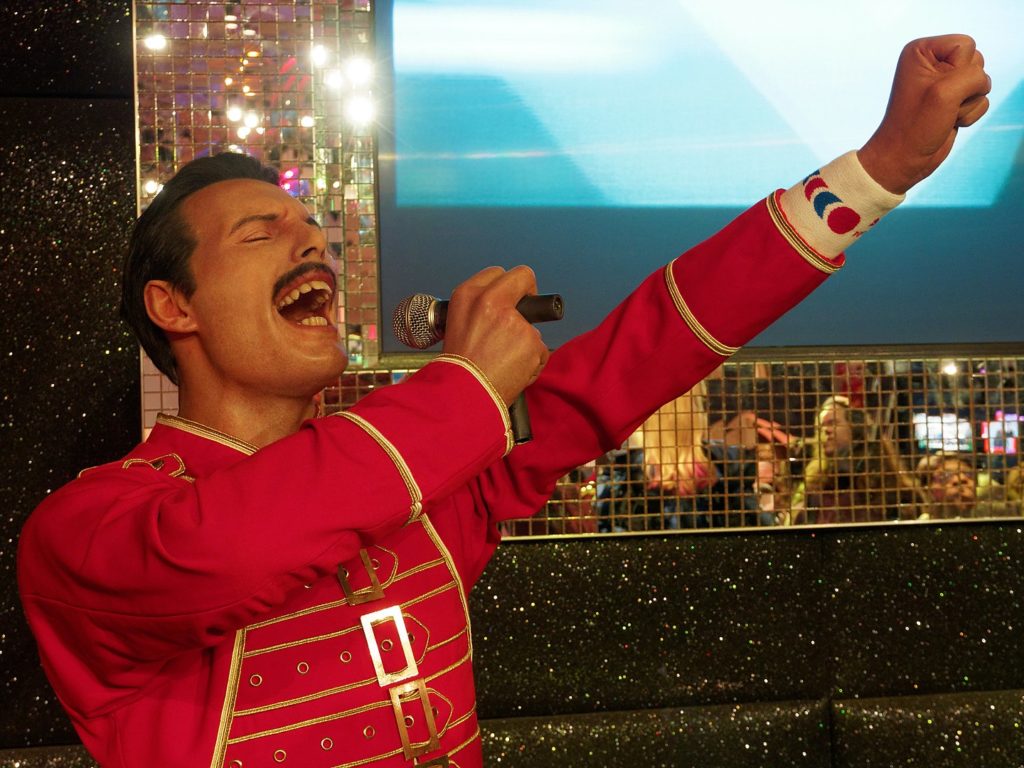 Freddie had close friendships with both Bowie and Elton John. His nickname for Elton John was Sharon.

After his death, a package wrapped in a pillowcase was sent to Sir Elton John with the name Sharon on it.

Freddie and Bowie on the other hand met during their humble beginnings.

Bowie invited Freddie to help him out build a stage at a club Bowie was set to perform.

Later on, the two gave the world one of their greatest collaborations of all time, Under pressure.

6. He recorded with Michael Jackson

Another greatest artist that Freddie worked with was Michael Jackson.

They recorded several songs together in 1983 which were released in the album Queen forever in 2014.

The songs were: there must be more to life than this, state of shock and victory. 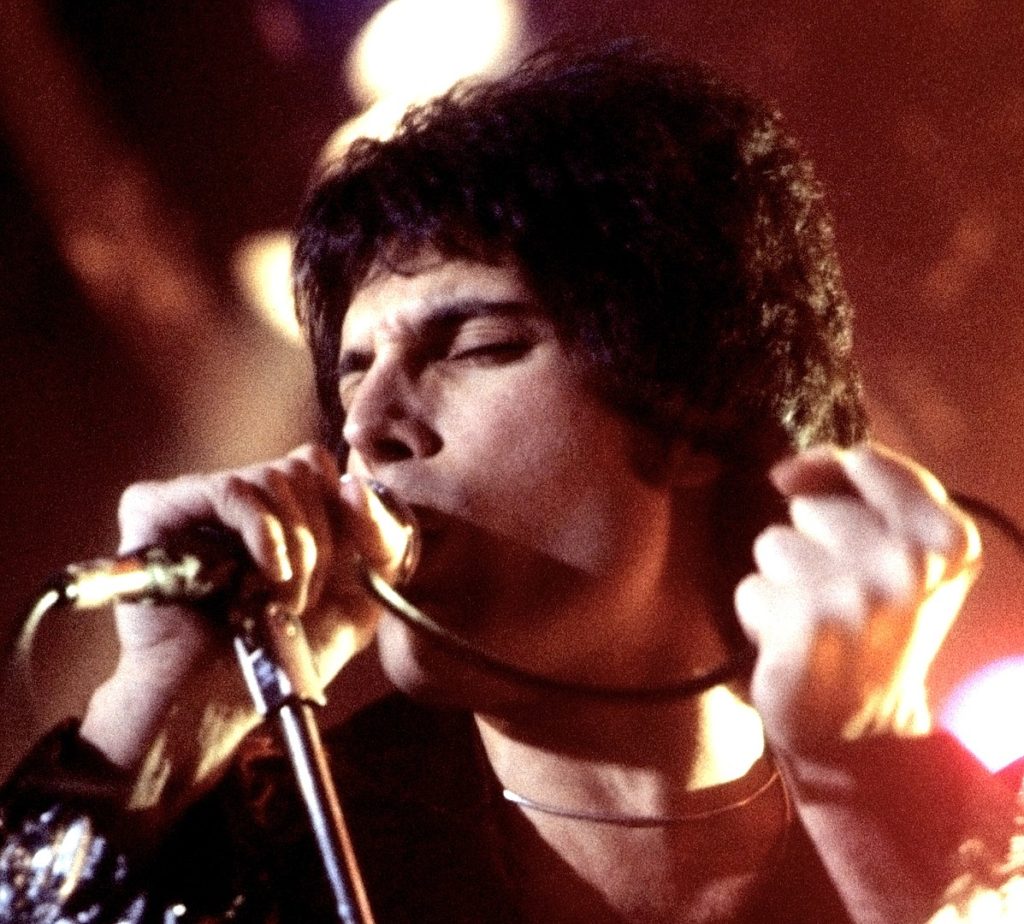 This trademark went on to be synonymous with his stage performance.

When he was performing at a show early in his career, his mic stand snapped mid-performance.

Freddie did not replace it but continued performing.

This scene was also recreated in the movie about his life, Bohemian Rhapsody.

Freddie’s speaking was in the baritone range but he sang mostly in the tenor range.

David Bret, his biographer, described his voice as an escalation of deep throaty rock-growl to tender vibrant tenor.

9. He loved art and his house was a testament to that 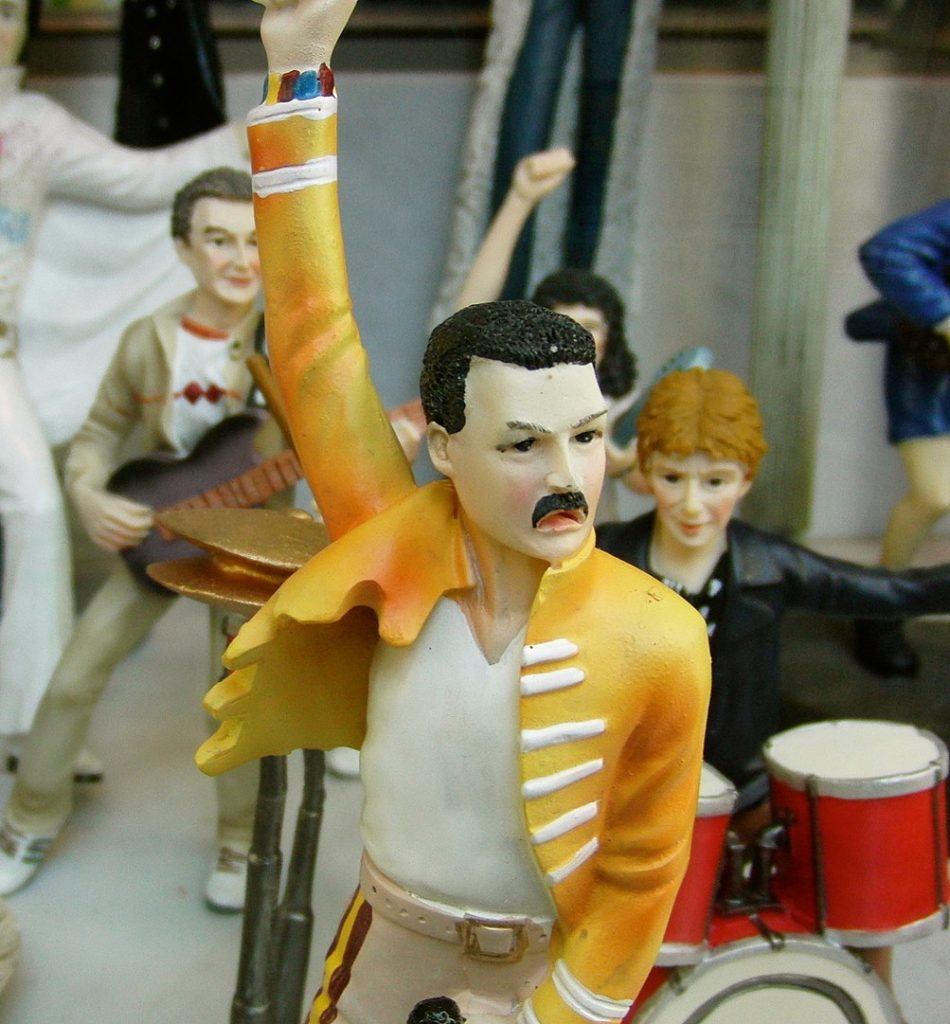 One unknown fact about Freddie is that paintings inspired his music.

The song, the fairy feller’s master-stroke, was inspired by a painting he had seen at the Tate Gallery in London.

Freddie loved going to art galleries to draw inspiration from other artists.

He also collected a lot of art, mostly Japanese, which he filled in his house.

Freddie said that he loved to be surrounded by things, hence frequent visits to art auctions.

10. Freddie never got his teeth fixed because of his vocals

Freddie Mercury was born with four extra teeth in the back of his mouth. This caused his now-famous bucktooth grin.

Growing up, he was nicknamed Bucky. He however never got his teeth fixed because he feared it would mess with his vocals.

He was a philatelist, a person who collects stamps.

Freddie had an extensive stamp collection that is exhibited at stamp shows and Museum’s throughout the world under his birth name of Farrokh Bulsara.

This hobby was inspired by his father which he built up between the ages of 9 and 12.

His dad, who saved his stamp collection, auctioned both their collections where the National Postal Museum purchased them in 1993.

Freddie died aged 45. The cause of death was said to be bronchial pneumonia that resulted from AIDS. Just a day before he died, Mercury and his manager issued a statement confirming that he had AIDS.