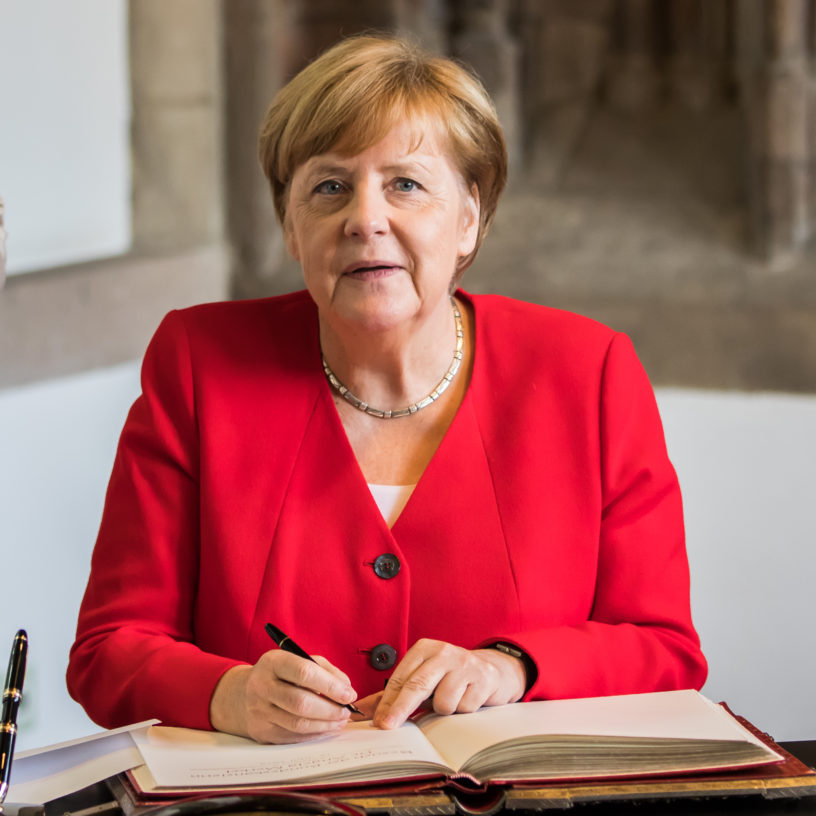 German people are as diverse as any with an array of religions, customs, and traditions. Its peoples make up its rich history, which makes the country famous in areas such as politics and art, literature, Christian values, philosophy, logic, and reason. Here’s a list of the top 10 German people that have made a contribution to what the country is today. 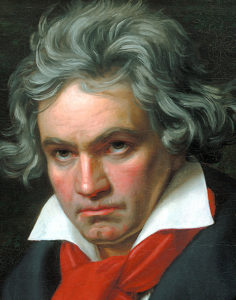 Ludwig van Beethoven is considered one of the greatest musical geniuses that ever lived. His famous Symphony 5 is a beloved classic. He was a pianist and composer whose date and year of birth was shrouded in controversy- he believed to have been born in 1772 while records show that he was born in 1770. He may have taken his musical traits after his grandfather, also godfather, whom he was named after- Kapellmeister Ludwig van Beethoven was a popular musician in Bonn.

Beethoven, unfortunately, suffered under his father’s draconian methods training him to play the clavier and the violin- Beethoven’s dad had early on observed signs of a talent for the piano and wanted to harness this and make his son a prodigy like Mozart.

Beethoven started studying music full time at age 10 and had published his first composition by age 12 which was a set of piano variations on a theme by Dressler, an obscure classical composer. It is said that Beethoven’s greatest works were composed as the artist was going deaf! 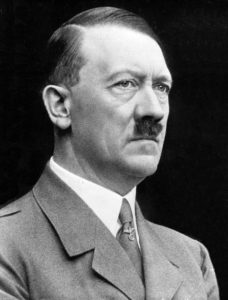 Adolf Hitler is one of the most famous people in German and world history, for the wrong reasons to most! Books, TV shows, and documentaries have been written and made about him and his ‘organization’. He died by suicide in 1945 wearing his medal earned from his service in World War 1. Hitler was imprisoned for high treason and began to write a book that chronicled his life and also propagated his racist ideology. This book was considered one of the most dangerous to have ever existed. It was banned in Germany and elsewhere. After annotation, it was published in Germany for the first time since 1945 and went on to become a best seller.

Hitler was the leader of Nazi Germany and responsible for the start of World War II and the Holocaust (the genocide of the European Jews). These two happenings caused the deaths of at least 40,000,000 people!

Hitler propagated controversial ideas such as that races, nations, and individuals were not equal- that one race was superior. 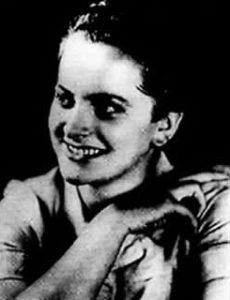 Irma Grese was a Nazi Officer who was as beautiful as she was cruel. She was a Senior SS- Supervisor Nazi Officer, the second-highest rank achievable by a female concentration camp personnel. About 30,000 women prisoners were in Grese’s charge. She was, unfortunately, the most notorious of the female Nazi Officers as she would actively seek out victims to torture- from beating and shooting prisoners, and letting her half-starved dogs attack. She seemed to get a kick out of the prisoners’ suffering.

Nazism was ingrained in Grese from a young age. She witnessed harrowing medical experiments meted on prisoners such as attempts to transplant nerves; this may have been Irma’s first exposure to sadism.

While the lives and sanity she had taken from the prisoners could not be replaced, she was held to account as she was convicted and executed on December 13, 1945.

Albert Einstein is probably the most famous scientist of the 20th century.

Einstein’s theory of relativity describes the dynamics of light and extremely massive entities, while his quantum mechanics concept whose subject is the subatomic realm make up the pillars of modern physics.

For a man that achieved a lot in his lifetime and made a mark in his field, Einstein for sure surpassed the expectation that ‘never will he get anywhere’ as he was once told by his teacher.

In 2005, Einstein had the year dedicated to the celebration of him, by a proclamation of it as the World Year of Physics by international physics organizations. Einstein published four papers in 1915 that had a major impact on the world of physics.

Einstein’s 1921 Nobel Prize in physics was awarded for his work on the photoelectric effect as well as his services to Theoretical Physics. At his death, Einstein was cremated and his ashes spread in an undisclosed location. It is said that his brain was however removed and researched on albeit unauthorized, leading to a said discovery of an extra folding in the grey matter, perhaps explaining his genius. The notion has however been dispelled. 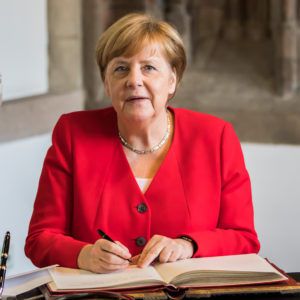 Angela Merkel has been described as the most powerful woman in the world! She took office in 2005 becoming the first female Chancellor of Germany. With Germany being Europe’s largest economy thanks to her leadership through a financial crisis and back to growth, Merkel is Europe’s de facto leader.

Merkel’s introduction to politics was in 1989 stemming from the Revolutions that took place in Germany at that time. She was the deputy spokesperson for the first democratically elected East German Government.

In her political career, Merkel has served as Minister of Women and Youth, Minister for the Environment, Nature Conservation and Nuclear Safety, and General Secretary and Leader of her party.

Merkel is renowned for her steely reserve and bold decisions. 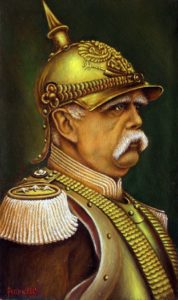 Otto von Bismark was the prime minister of Prussia and founded and led the German Empire. He is lauded for preserving the peace in Europe for about two decades. Bismark came from an elite family and studied law and his politics were conservative. He believed in God and believed in a Christian State and was embraced as a member of the religious conservative circle.

Bismarck successfully preserved his power and used the balance of power tactic diplomacy which guaranteed Germany’s position in a peaceful Europe. He had a long term national and international vision as well as the ability to navigate complex developments. Bismark was a favorite of German nationalists. He was partially credited with the unification of Germany and the preservation of peace. 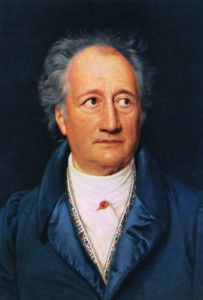 This famous literary giant was also a statesman and by the time he was in his mid-twenties, he was a celebrated writer. Johann is considered the greatest German literary figure to have ever lived in the modern era.

Novels, poetry, drama, prose, letters, memoirs, and treatises on various subjects make up part of Johan Wolfgang von Goethe’s works, which have been described as classical since the end of the 18th century. He was one of the few artistic individuals that did not fall in the ‘struggling artist’ category- he was born into a well-to-do family in a wealthy commercial and financial center. He studied and practiced law, but also invested a good amount of time in literary work. 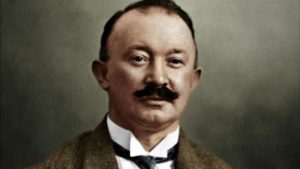 Hugo Ferdinand Boss was one of the most famous fashion designers in the world and was also a businessman. He founded the fashion house Hugo Boss AG- he started out founding a clothing company in Metzingen in 1923, and a factory in 1924 producing jackets, shirts, work clothes, sportswear, and raincoats. The company however currently produces a much wider range of clothing items and accessories.

Boss’ parents’ owned a lingerie store which he took over, perhaps his introduction and turning point to the fashion and design world. He however also worked in a weaving factory in Konstanz. As expected, Hugo Boss served in the military for the stipulated time and went on to an internship as a merchant.  Later in his life, Boss joined the army and became corporal in the First World War.

Hugo Boss’ death can be said to have been somewhat senseless- he died of a tooth abscess. Support of the Nazis and the use of slave labor may have tainted Boss’s image.

Hugo Boss is today a popular brand especially with the elite, and the who’s who in the fashion world. 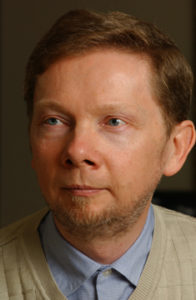 When speaking matters of inspiration and spirituality, Eckhart Tolle’s name will most likely come up. He is a spiritual and visionary teacher that is world-renowned.  His main thesis is tapping into the joy and freedom of living life in the present moment. His life’s work has earned him the title ‘most popular spiritual author in the United States’ as described by The New York Times and ‘the most spiritually influential person in the world’ according to the Watkins Review.

Given his somewhat rough start to life, Eckhart Tolle’s life path is significant- he witnessed his parents constantly fight and eventually separate. His situation at school was equally not his much-needed escape as it was rather hostile.  He also played in bombed outbuildings growing up. All these experiences birthed a fearful and anxious Tolle. While he did not attend typical high school but studied at home, Tolle had read several books by age 15 authored by Joseph Anton Schneiderfranken, a mystic, which transformed his life.

Tolle studied philosophy, psychology, and literature. The birth of his career can be attributed to the epiphany he experienced in his late twenties after going through a dark period of depression. The epiphany had him question who he was and why he felt inadequate or like he couldn’t live with himself. He however made peace with all this resulting in a ‘mind-made’ self, accepting of all the inadequacies. Tolle’s lifestyle and philosophies drew people to him and inevitably the birth of his career. 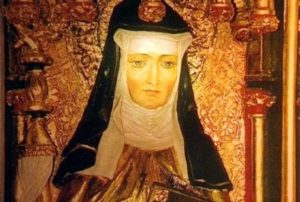 St. Hildegard of Bingen was a German abbess (superior of certain communities of nuns) a visionary mystic and composer. She was born into a religious family and was said to have had visions since she was a child. Her parents were noble and she was educated in religious institutions- she wore the habit at age 15 and lived a religious lifestyle.

Hildegard of Bingen had her visions recorded with the help of a monk, resulting in ‘Scivias’ that had 26 apocalyptic and prophetic visions. Their subject is the church, the relationship between God and humanity, and redemption. She founded a new convent at Rupertsberg together with several other nuns in about 1147 and continued to exercise her gift and record her visions.

Hildegard was widely known in Germany, as she traversed it evangelizing to large groups about her visions and religious insights. She was a talented poet and composer; 77 of her lyric poems each have a musical setting composed by her. She is a revered figure in Germany’s Catholic church.

These top 10 famous Germans were each an influence in Germany and even the world in specific spheres. Their names show up in the history of Germany and in stories told worldwide.