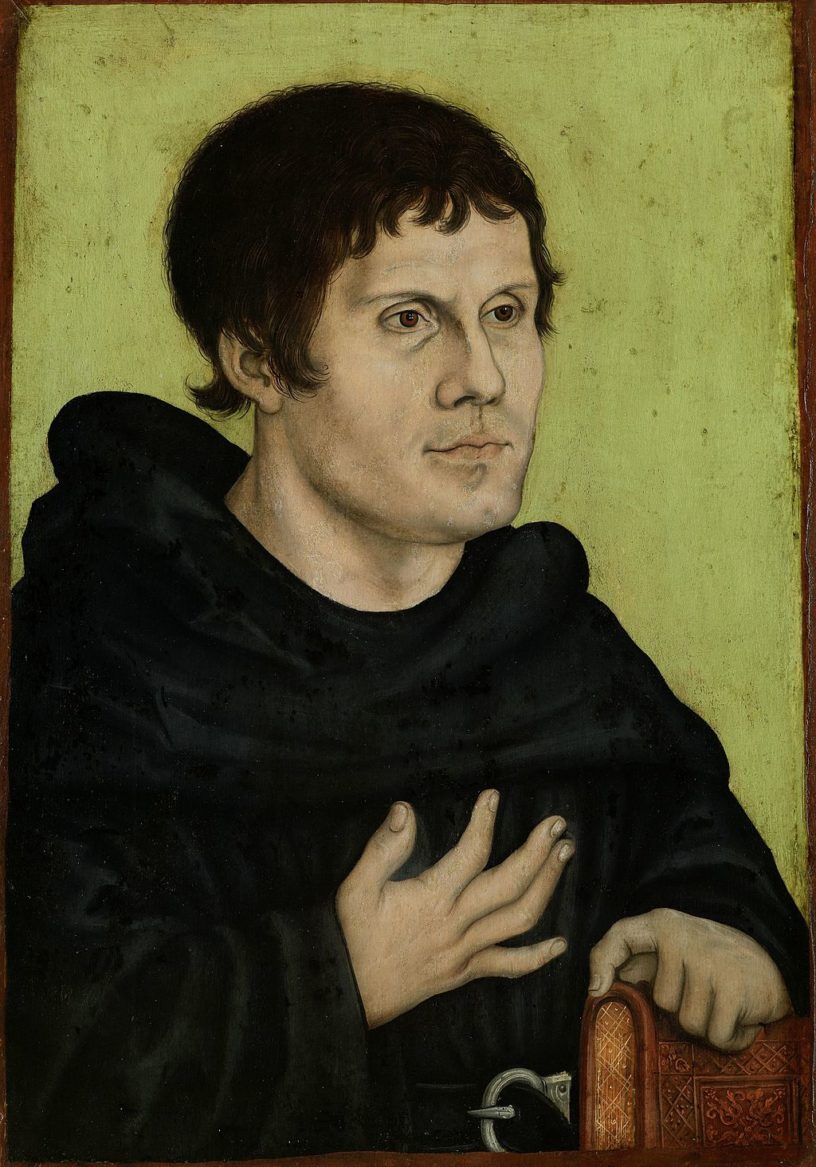 *Originally published by Pamela on March 10th 2020, and Updated by Vanessa in October 2022 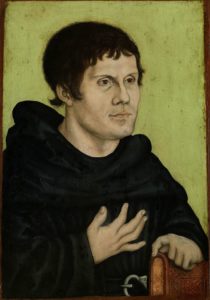 Martin Luther was a German lecturer of religion, composer, priest, monk, and influential figure in the Protestant Reformation. He was born in Eisleben, Germany, in 1483 and ordained to the priesthood in 1507.

However, despite this, he came to reject several teachings and practices of the Roman Catholic Church. Of all the teachings found in the practice, he disputed the view on indulgences. Luther did not stop there; he went on to propose an academic discussion of the practice and efficacy of indulgences. He did so through his ‘Ninety-five Theses’ of 1517. His refusal to renounce all of his writings at the demand of Pope Leo X in 1520 and the Holy Roman Emperor Charles V at the Diet of Worms in 1521 resulted in his ex-communication by the pope and censure as an outlaw by the Holy Roman Emperor.

Let’s take a look at the top 15 facts about Martin Luther as we get to know him better.

1. Luther was born into a religious home

Martin Luther was born to Hans Luder (later, Luther) and his wife Margarethe on 10 November 1483 in Eisleben, County of Mansfeld in the Holy Roman Empire. Luther was baptized the next morning following his birth on the feast day of St. Martin of Tours.

His family moved to Mansfield in 1484, where his father was a leaseholder of copper mines and smelters and served as one of four citizen representatives on the local council; in 1492 he was elected as a town councilor. The religious scholar Martin Marty describes Luther’s mother as a hard-working woman of “trading-class stock and middling means” and notes that Luther’s enemies later wrongly described her as a whore and bath attendant.

2. His Father Intended for him to be a Lawyer

Hans Luther was ambitious for himself and his family, and he was determined to see Martin, his eldest son, become a lawyer. He sent Martin to the best schools; Latin schools in Mansfeld, then Magdeburg, where he attended a school operated by a lay group called the Brethren of the Common Life, and Eisenach in 1498. The three schools focused on the so-called “trivium”: grammar, rhetoric, and logic. In accordance with his father’s wishes, he enrolled in law but dropped out almost immediately, believing that law represented uncertainty. Luther’s rediscovery of “Christ and His salvation” was the first of two points that became the foundation for the Reformation. His railing against the sale of indulgences was based on this.

3. He is said to have set off the Protestant Reformation

On October 31, 1517, the fable has it that the priest and scholar Martin Luther went up to the door of the Castle Church in Wittenberg, Germany, and nailed a piece of paper to it containing his 95 revolutionary opinions that would begin the Protestant Reformation. 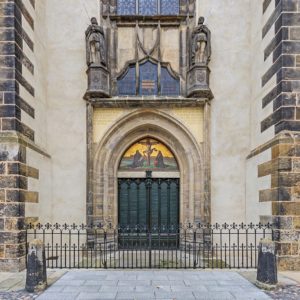 In his theses, Luther damned the excesses and dishonesty of the Roman Catholic Church. He was specifically not pleased with the papal practice of asking payment in exchange for forgiveness of sins; the practice known as “indulgences. Prince Frederick III the Wise had banned the sale of indulgences in Wittenberg, and many church members traveled away to purchase them. Upon their return they showed the pardons they had bought to Luther claiming they no longer had to repent for their sins. Luther’s frustration with this practice led him to write the 95 Theses. It was quickly picked up, translated and dispersed far and wide.

Archbishop Albrecht of Mainz and Magdeburg did not reply to Luther’s letter which he presented containing the Ninety-five opinions. He had the theses verified for heresy and in December 1517 forwarded them to Rome. He needed the revenue from the indulgences to pay off a papal dispensation for his benefice, as Luther later noted, “the pope had a finger in the pie as well, because one half was to go to the building of St Peter’s Church in Rome”. 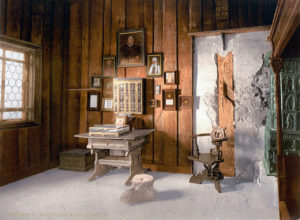 During Luther’s stay at the Wartburg Castle at Eisenach, which he referred to as his ‘Patmos’ (a small Greek island in the Aegean Sea where a vision was given to the disciple John in the Book of Revelation and where the book itself was written), Luther translated the New Testament from Greek into German. While here he also refuted the Argument of Latomus an orthodox theologian from Louvain.

Martin Luther was married to a lady by the name Katharina von Bora. Katarina was one of 12 nuns Luther had helped to escape from the Nimbschen Cistercian convent in April 1523. At the time of their marriage, Katharina was 26 years old and Luther was 41 years old.

8. He is the founder of Lutheranism 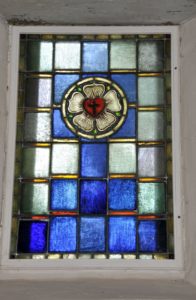 Lutheranism is one of the largest branches of Protestantism that identifies with the teachings of Martin Luther. His writings spread internationally and divided Western Christianity.

Luther developed the catechism as a method of imparting the fundamentals of Christianity to the worshippers. In 1529, he wrote the ‘Large Catechism’, this is a manual for pastors and teachers, as well as a synopsis. He wrote the ‘Small Catechism’, to be learned by heart by the people themselves.

The catechisms provided easy-to-understand instructional and devotional material on the Ten Commandments, the Apostles’ Creed, The Lord’s Prayer, baptism, and the Lord’s Supper. Luther incorporated questions and answers in the catechism so that the basics of Christian faith would not just be learned by rote (a memorization technique based on repetition. The idea is that one will be able to quickly recall the meaning of the material the more one repeats It), but understood.

The catechism is one of Luther’s most personal works. The ‘Small Catechism’ has earned a reputation as a model of clear religious teaching. It remains in use today.

10. ‘Exsurge Domine’ was written in response to Luther’s opinions 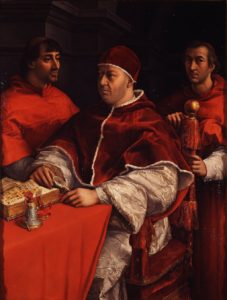 Exsurge Domine, which is Latin for ‘Arise O’ Lord’ is a papal bull (a type of public decree, letters patent, or charter issued by a pope of the Catholic Church) broadcast on 15 June 1520 by Pope Leo X. The papal bull was written in response to Martin Luther’s theses opposing views of the Church. It censured forty-one propositions extracted from Luther’s Ninety-five Theses and subsequent writings and threatened him with excommunication unless he renounced within a sixty-day period beginning upon the publication of the bull in Saxony and its adjacent regions. Luther declined to renounce and countered instead by creating polemical tracts lashing out at the papacy and by publicly setting ablaze a copy of the bull. As a result, Luther was excommunicated in 1521.

11. He didn’t cause reform all by himself

Luther may have been the catalyst for the Reformation, but it does not mean he was its sole author. John Calvin once said, “The Gospel started in Wittenberg,” and that is what we ought to say as well.

Calvin not only shows that the Protestant Reformation was centered on the gospel but also that Luther worked in a group in Wittenberg. Without Johann von Staupitz, his senior colleague and employer, it is impossible to comprehend his journey to find the message of grace. Karlstadt helped Luther after posting the theses and heated debates started (who eventually became an opponent).

Philipp Melanchthon and Johann Bugenhagen played a critical role in the dissemination of Luther’s theology. Also included in this list were Veit Dietrich, Georg Spalatin, and Lucas Cranch.

12. The devil was a reality for Luther

Luther believed that the devil existed. He has firsthand knowledge of the devil’s attempts to remove the assurance of his salvation and cause him to question God’s promises. Luther was convinced that the devil used every means to disturb the church and bring about its destruction.

Nevertheless, some of Luther’s beliefs about the devil were based more on the paganism of the Middle Ages than on what the Bible truly teaches about the devil. The majority of what he says, nonetheless, is supported by the Bible.

In this way, Luther is a warning to be vigilant. He believed that the devil enjoyed it the most when God’s people pretended he didn’t exist.

When it came to having children, Luther was a touch tardy. When he was married at age forty-one, he was also a father for the first time at age forty-two.

When he was gone from home, which was frequently, he penned letters to his kids and occasionally carried those letters along with him. He would engage in musical activities with them at home. He also had concerns and anguish as a father. For instance, he wrestled with grief after one of his daughters passed away and worried when one of his sons had academic difficulties. 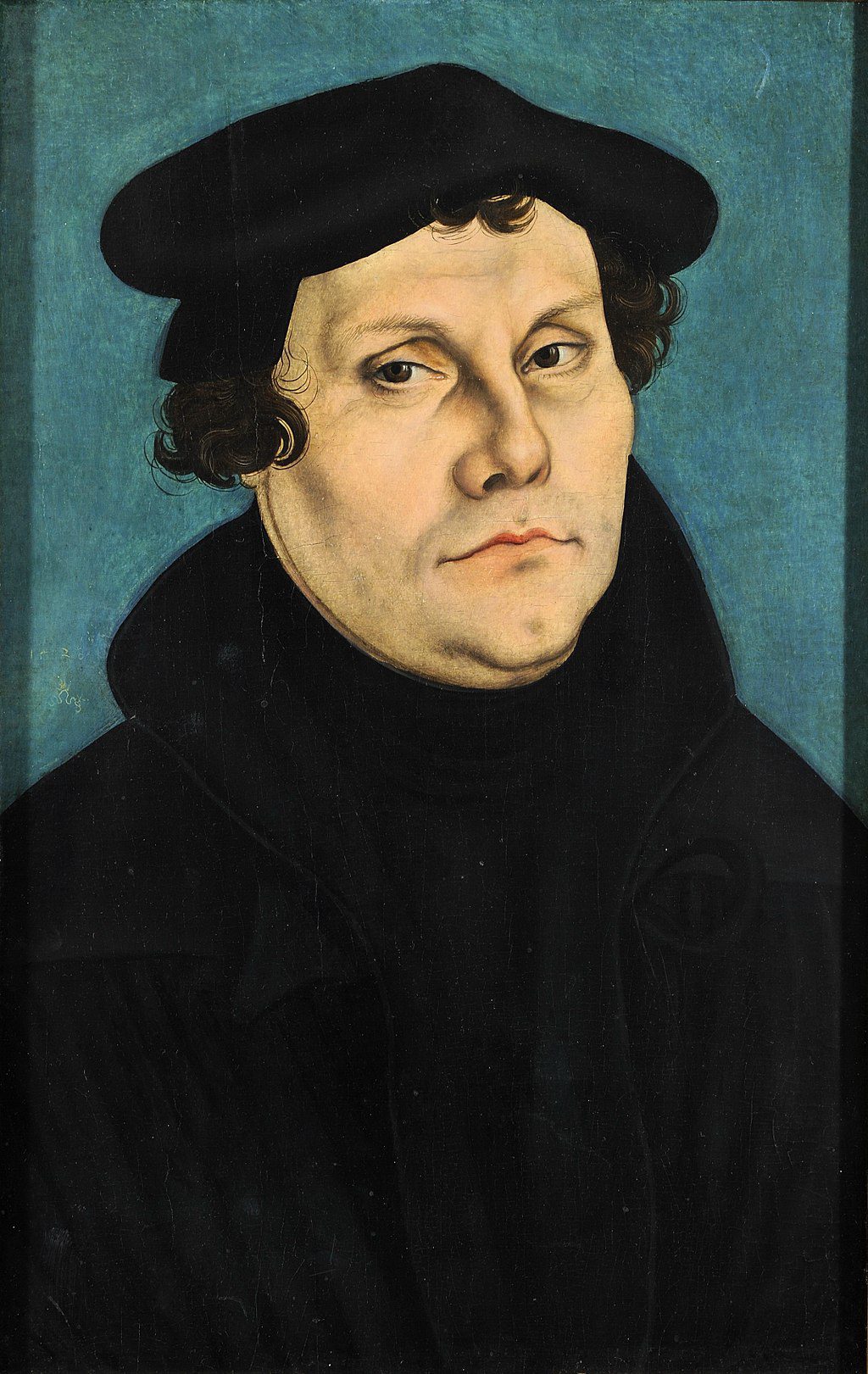 Many people still view Luther as a Christian hero and even a prophet of God, even in the context of his own life. The numerous monuments of Luther that can be found both in Germany and elsewhere depict a powerful man standing bravely while pointing to the Bible in his hands.

However, Luther was aware that he was a sinner, and this was not just a religious statement to him. He was more of a sinner than he would have liked to confess in some areas. People are well aware of the deplorable things he said about Jews, the slurs he used to describe doctrinal opponents, his constant denigration of the pope and his clergy, and his obstinacy in holding to his ideas, which greatly harmed the unity and growth of the Reformation. Luther does not serve as a model to be followed in these areas.

15. Luther remained a monk all of his life

Luther claimed to be looking for God when he first arrived at the monastery, and in a sense, he remained looking for God throughout the remainder of his life. Luther took the three infamous vows that every monk was required to take: chastity, poverty, and eternal obedience to God.

All throughout his life, Luther upheld these commitments. He lived a life of obedience to God, and for as long as he could, he even made an effort to follow the Roman Catholic Church. Luther stayed poor because he didn’t care much about money, even as the book publishers grew wealthy. Finally, even though he wed and violated his celibacy vow, he was a model of chastity as a husband.

Now you know the top 10 facts about Martin Luther. I hope you enjoyed reading this article.