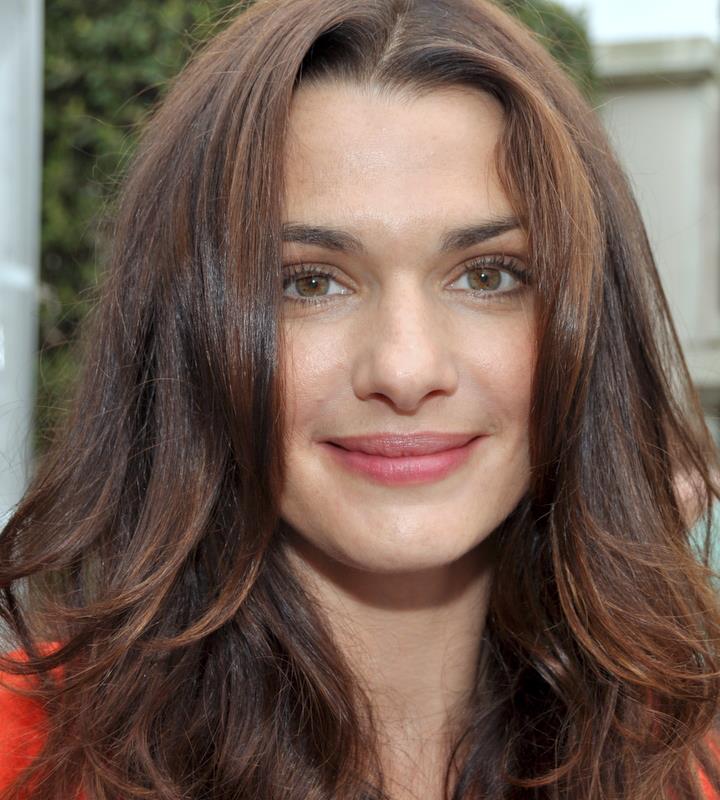 Rachel Weisz is an English actress whose breakthrough role was in 1996 in the film Chain Reaction, where she worked alongside Keanu Reeves and Morgan Freeman. Her acting skills have been described as intriguing and versatile as the actress takes up projects as diverse as political thrillers; The Constant Gardener (2005) and superhero; Black Widow (2021).

Her popularity in America came with her role as Evelyn Carnahan, an English Egyptologist in The Mummy opposite Brendan Fraser. The film opened to major success at the box office, but received a lot of negative review from critics. Despite the negative critics, Rachel returned in the 2001 sequel The Mummy Returns, which was a box office success as well.

For her impeccable acting skill, Rachel has won several prestigious awards, including a Golden Globe, a Critics’ Choice Movie Award, a Screen Actors Guild Award, a British Academy of Film Award, a Laurence Olivier Award, and the 2006 Academy Award for Best Supporting Actress for The Constant Gardener.

To have a better understanding of the Oscar-winning actress, here are the top 10 facts about Rachel Weisz;

1. Her parents immigrated to escape the Nazis 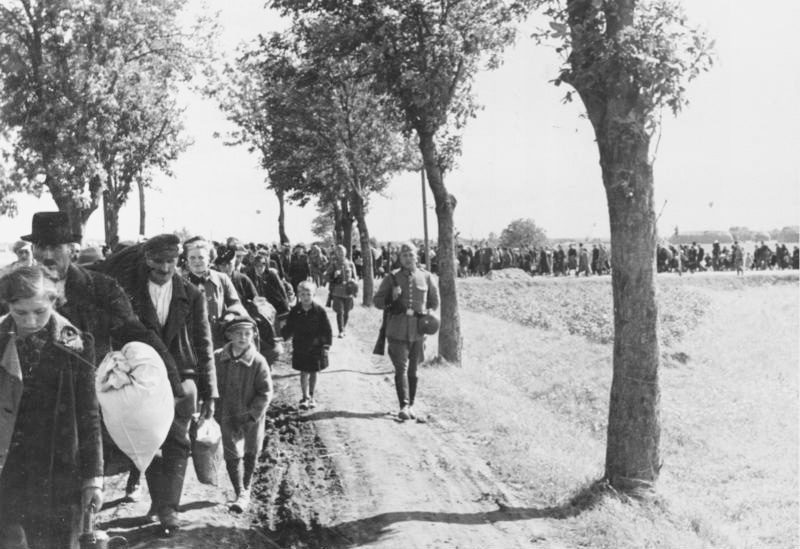 Beginning of Lebensraum, the Nazi German expulsion of Poles from central Poland, 1939 – Wikipedia

The antisemitic Nazi ideology resulted in the murder of nearly six million European Jews. It is horrible to think or imagine that during the Wannsee Conference, on 20 January 1942, Nazi officials discussed the execution of the planned murder of the eleven million Jews living in Europe.

To escape the injustice Jews were facing in Europe, a young George Weisz, Rachel’s father, escaped with his family from Hungary in the 1930s to England. German troops occupied Hungary on 19 March 1944, their prime minister, Miklós Kállay, was killed and soon mass deportations of Jews to German death camps in occupied Poland began.  For a better understanding of how the Jews suffered once the Germans invaded Hungary, book the Budapest Jewish Quarter Free Walking Tour.

Rachel’s mother, Edith Ruth, escaped Austria, which was the first country to fall under Hillter’s rule and his anti-Semitic laws in 1939, with her family to England. Rev. James Parkes, a scholar on anti-Semitism, helped the family during their escape.

George Weisz grew up to become an inventor who rose to prominence as a developer of a self-contained respirator unit and a detector for deadly landmines. Edith Ruth grew up to be a teacher -turned-psychotherapist.

2. Struggled with her parents’ divorce 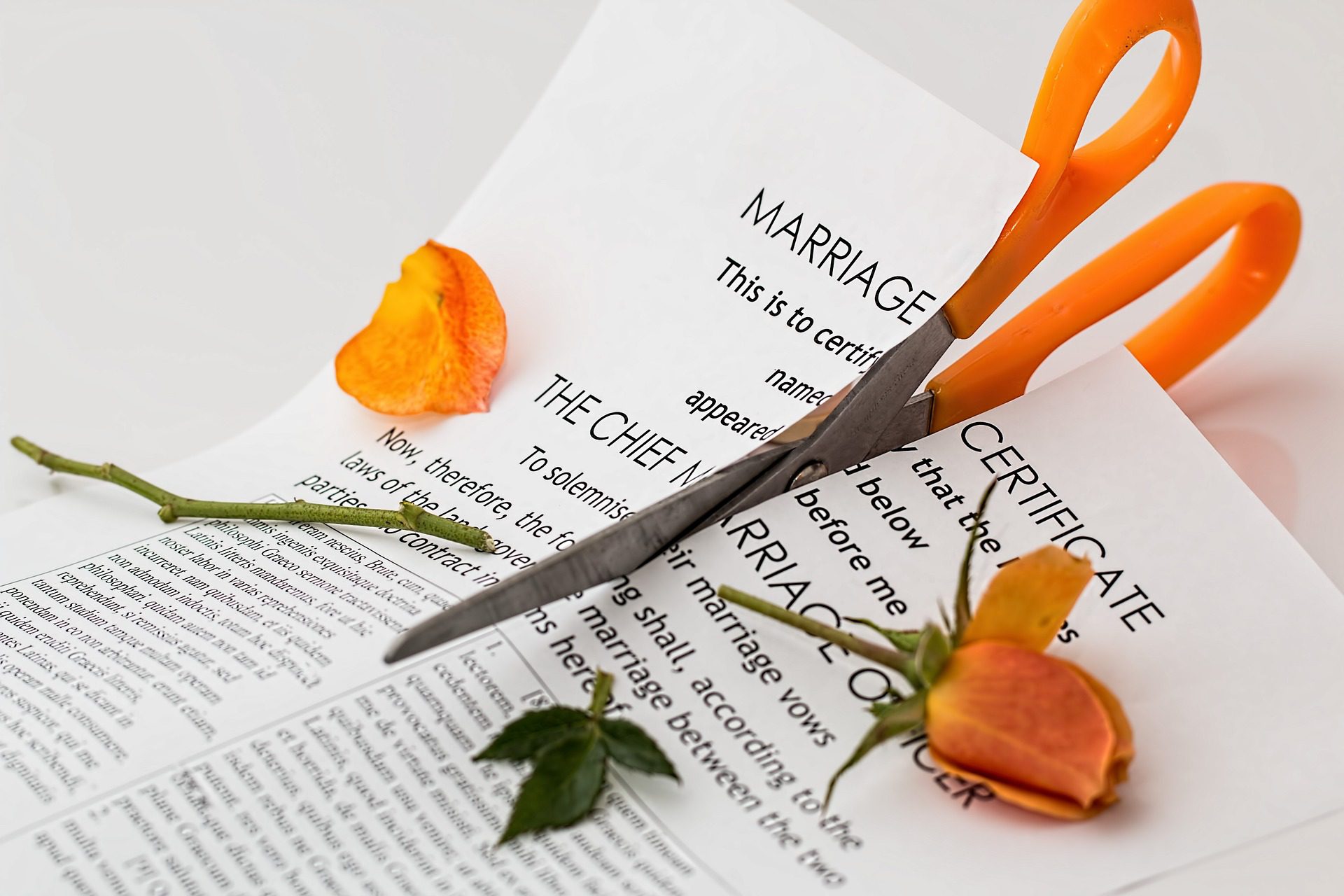 Divorce can leave children feeling overwhelmed and emotionally sensitive, even if the parents try to make the process as smooth as possible for the child. Rachel’s parents divorced when she was 16, a time when a girl is undergoing many hormonal and body changes, and they are trying to figure out who they are. Imagine experiencing all this changes then out of nowhere the family set you are used to shatters, this will be devastating to anybody.

After her parents’ divorce, Rachel struggled to complete her secondary school because she became more focused on partying than on studying. As she puts it, “I was absolutely not paying attention, and I was not defiant. I was rebellious.”

She failed her exit exams, and nearly missed her chance at a college education. Luckily, an understanding teacher convinced administrators at Trinity Hall College to let her enroll anyway, but on the basis of academic probation.

Over time, Rachel was able to come into terms with her parents’ divorce and started doing well in school, even pursing a degree in English and graduating with upper second-class honors. 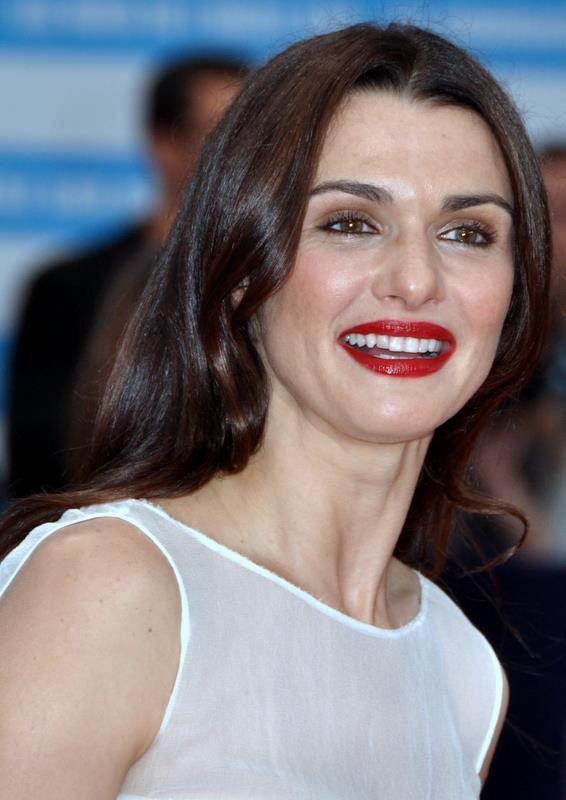 Rachel’s last name, Weisz, can be a little tricky to pronounce resulting to people especially in America calling her ‘Weiss’, ‘Wise’, ‘Wooz’, ‘Waz’. The correct pronunciation of her last name is “Vice.”

Rachel started thinking about changing her name at the onset of her acting career. She revealed in an interview, “In England, it was never really an issue. It was an American, Jewish agent who said, ‘Have you ever thought about changing your name, because it sounds a little Jewish?’

However, the same agent is the one who scolded her when she changed the spelling of her last name to V-Y-C-E. Rachel explains, “My agent said it seemed like an adult star name, so he didn’t let me do it. But I actually think I would have had a much better career had I had that name. I feel that deep in my heart.”

4. Who is Kenya Campbell 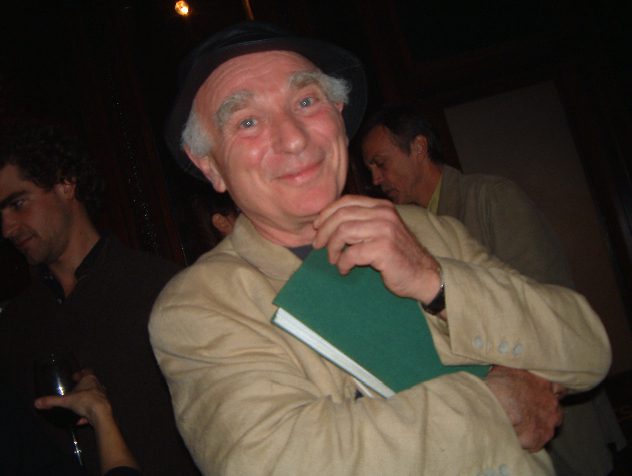 In Rachel’s search of a more audience appealing name, she tried out different names and at one time went by the name Kenya Campbell for a TV show.

In her own words, “I did use Kenya Campbell once. It was an homage to an English actor that passed away. His name was Ken Campbell, who I loved very much. So, I was Kenya Campbell for a TV show that I didn’t want to have my name on, because it was a really crappy TV show.”

Ken Campbell was an English actor, writer and director known for his work in experimental theatre. He has been called “a one-man dynamo of British theatre”.

5. She began her career as a model 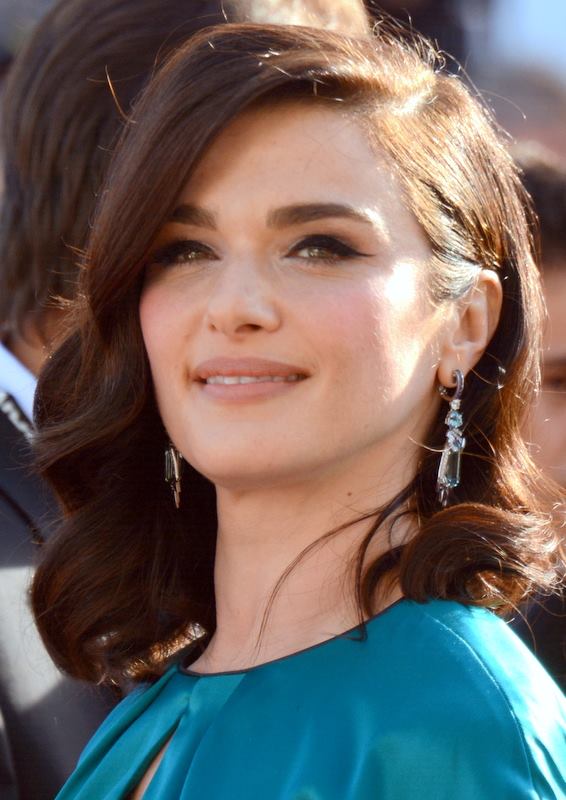 A quick Google search of Rachel Weisz brings you numerous flawless photos of the actor, and you are left to wonder how comes her pics are always perfect. Well, before becoming a Hollywood superstar back while in England, she was a fashion model who trained on how to take beautiful pictures.

Rachel began her modeling career when she was 14 after winning a modelling completion. She was famously referred to as an “English Rose”, in praise of her beauty.

During an interview she shared some of the challenges she experiences modeling as a teenager, “I mean, I was in London, and I think I got, you know, scouted by someone. Yeah, and they used to dress me up in makeup and make me look like I was 30 years old, and I was 15. And I would say that I definitely experienced objectification firsthand in that period.”

Her modelling career gave her the exposure she needed to begin an acting career, and today she is one of the most famous actresses in the world.

6. She turned down her first film offer aged 14 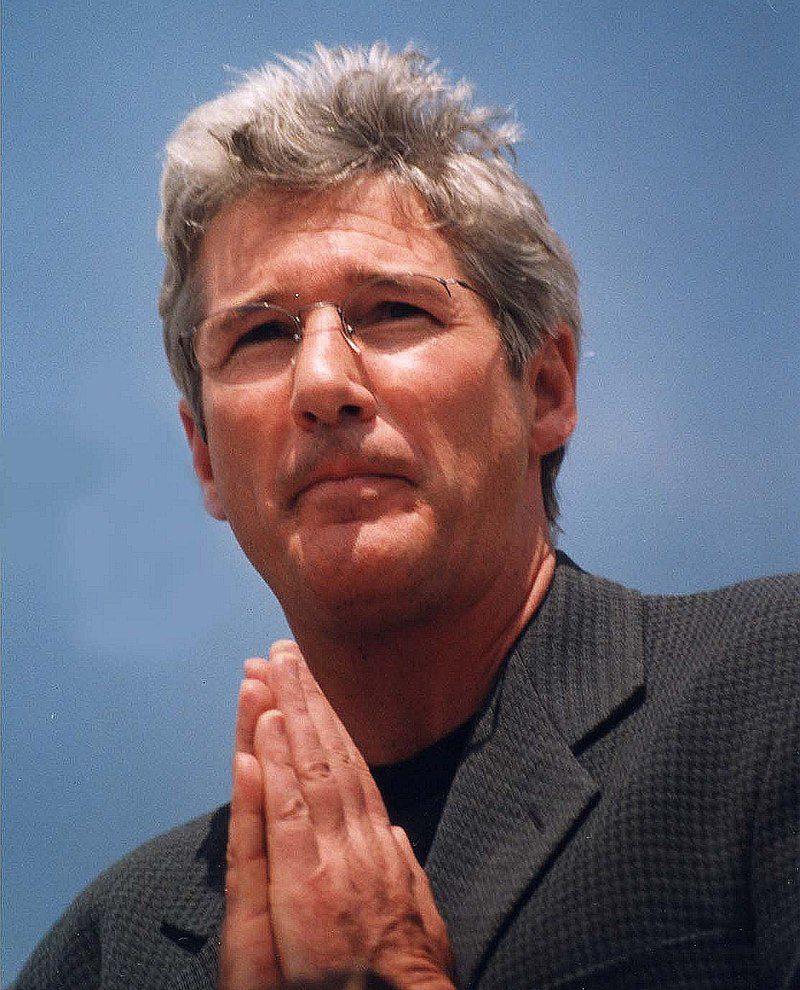 Rachel made headlines in 1984 when she declined a role in a Richard Gere movie, which her father disapproved of. The actress explains that she was in no hurry to pursue an acting career and more kin on experiencing a “normal” teenage life.

Taking things at her own pace, Rachel began acting in school plays, but she did not show much talent at the beginning. “I wasn’t the star of the school play. Rebecca Cragshaw was. She was the great actress, whereas I was a bit too shy and wooden. It wasn’t until I was 16 or 17 that I started to be inspired.”

Rachel continued performing in independent films and theater until her breakthrough role in The Mummy (1999) when she was almost 30. 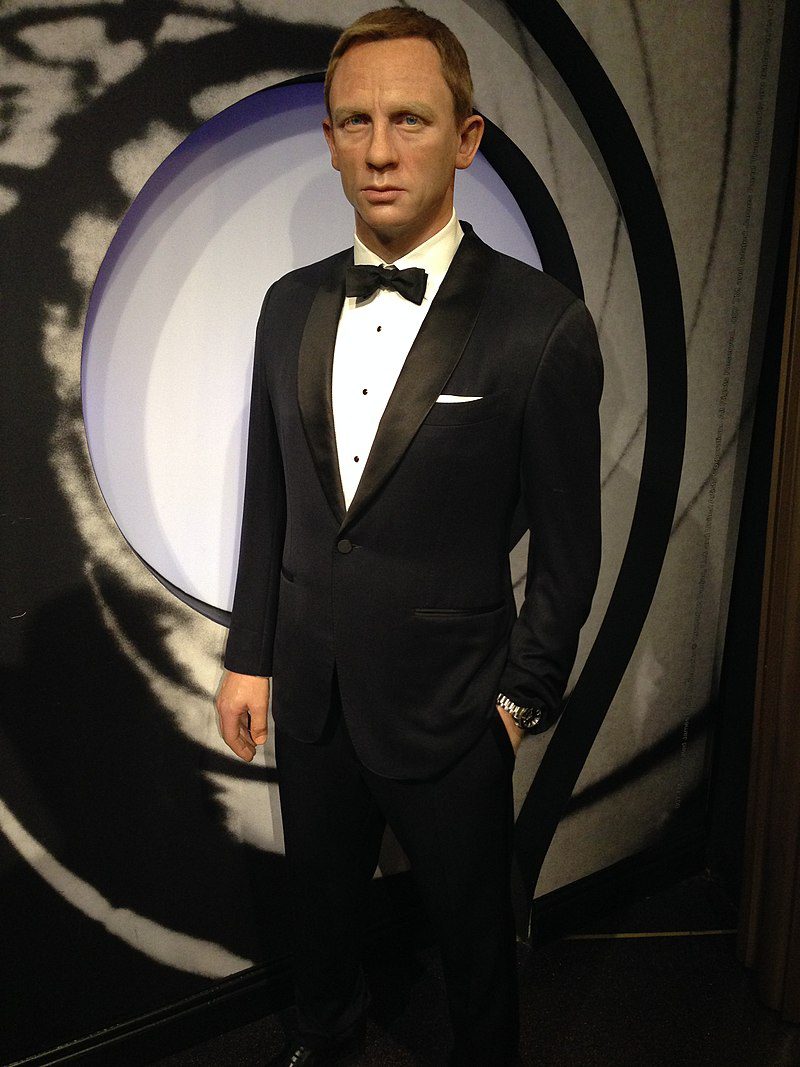 Ok, technically she is not a James Bond girl as she does not appear in the James Bond movie franchise, but she is married to actor Daniel Craig, famous for playing the secret agent James Bond in the film series, beginning with Casino Royale (2006) and in four further installments, up to No Time to Die (2021), technically this makes her James Bond wife, Haha!

Rachel and Craig met while working together on Les Grandes Horizontales (1994). They began dating in December 2010, and were married in a private ceremony in New York City on 22 June 2011.

Through their marriage, Craig gained a stepson, Rachel’s son with filmmaker and producer Darren Aronofsky, while Rachel gained a stepdaughter, Craig’s daughter with actress Fiona Loudon. The couple had their first child together, a daughter, on 1 September 2018. 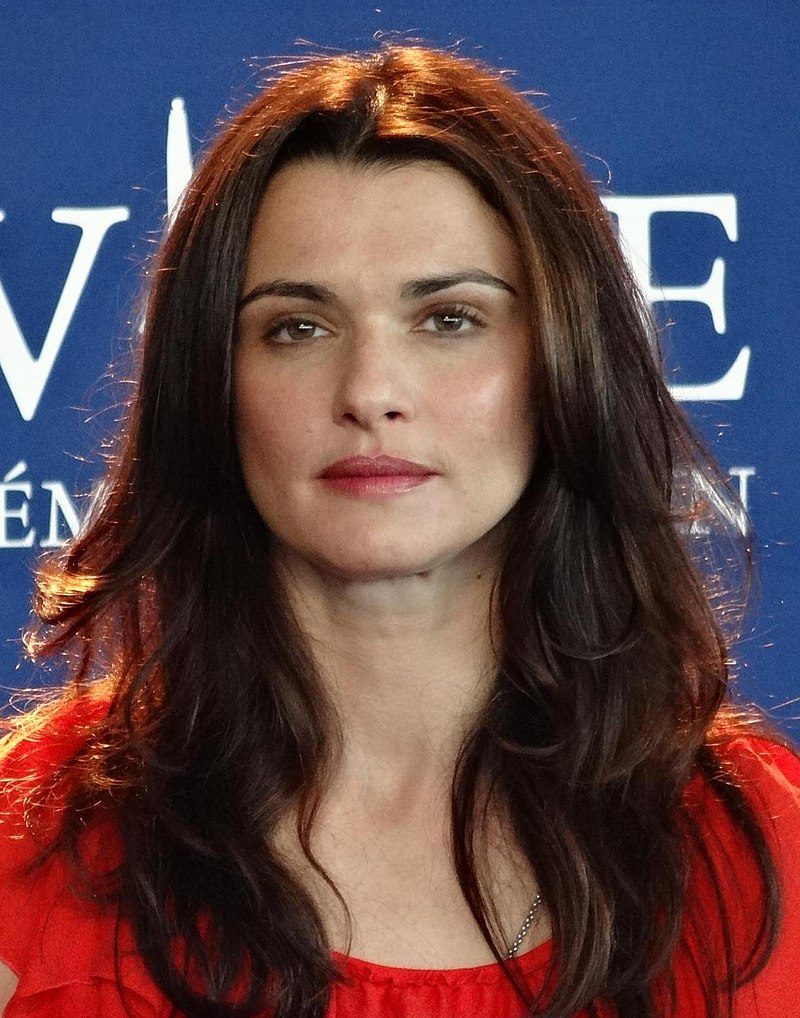 Rachel has received two Academy Award nominations, winning Best Supporting Actress in the 78th Academy Awards for her role in Fernando Meirelles The Constant Gardener (2005). She was seven months pregnant when she received the award, making her one of six actresses who were pregnant when they won their Oscar.

She garnered her second Academy Award nomination in the 91st Academy Awards for her performance in the Yorgos Lanthimos period comedy The Favourite (2019). For the role, Rachel won the BAFTA Award for Best Actress in a Supporting Role. 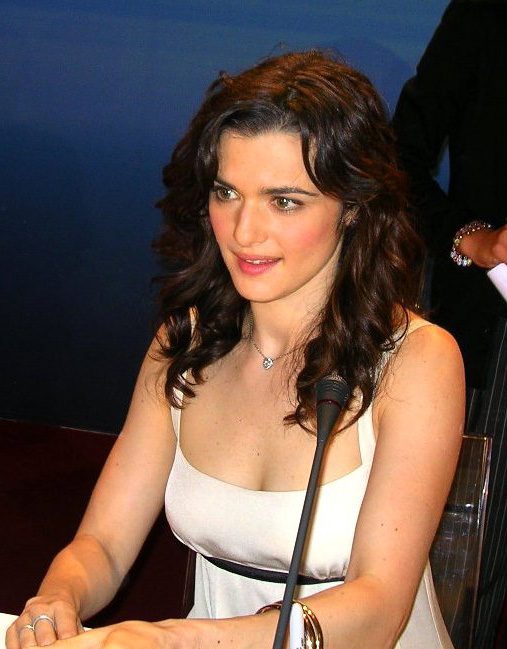 Privacy is something Rachel priories when it comes to her personal life. She already has so much of her business out there due to the nature of her career, therefore she tries to hold on to and cherish the few moments that she can keep private.

In an interview, Rachel once revealed, “I have never been on Facebook. Like never in my life.” 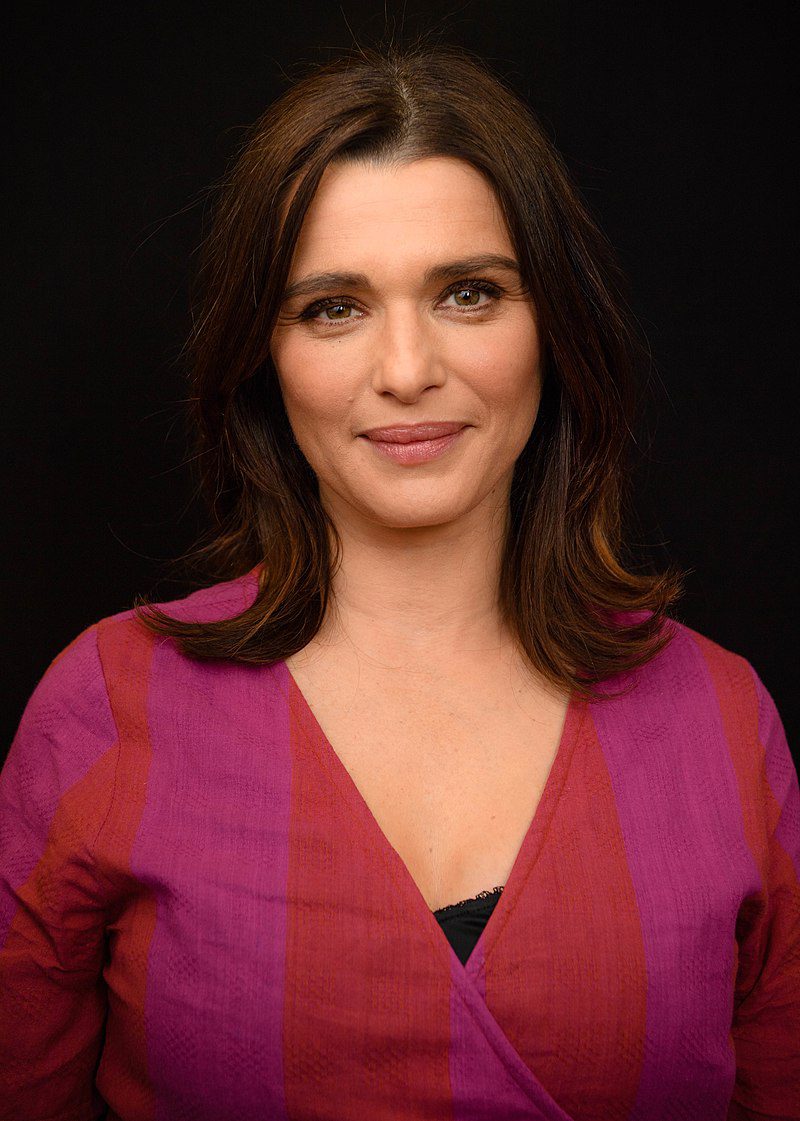 No doubt, mama has still got it! Rachel is one of those ageless celebrities who make you feel like all this bloodsuckers Hollywood conspiracies are true. Serious, Rachel Weisz look like most of us regular folks at our late thirty and in actuality she is in her early fifties.

What is the secret for shading off almost 20 years off your age, please seriously we are willing to do about anything to look as gorgeous as you.