10 Most popular Icons and Landmarks to visit in the Netherlands 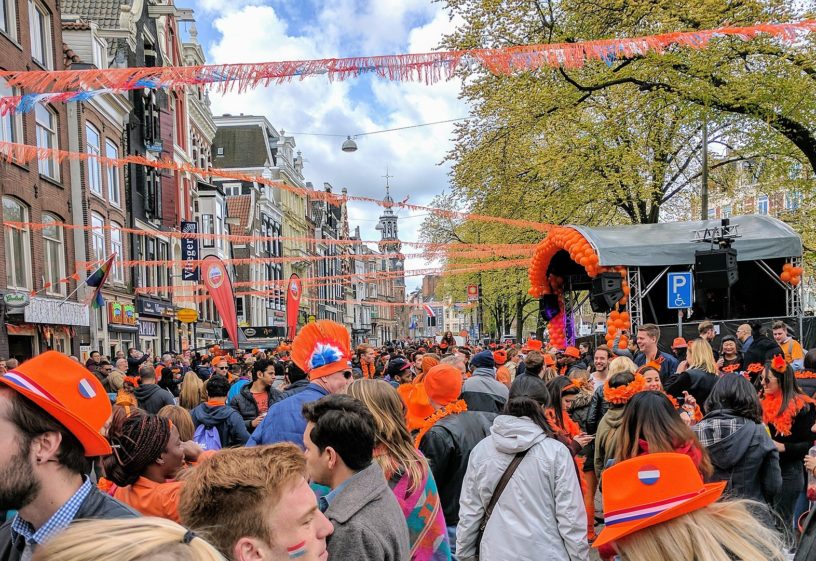 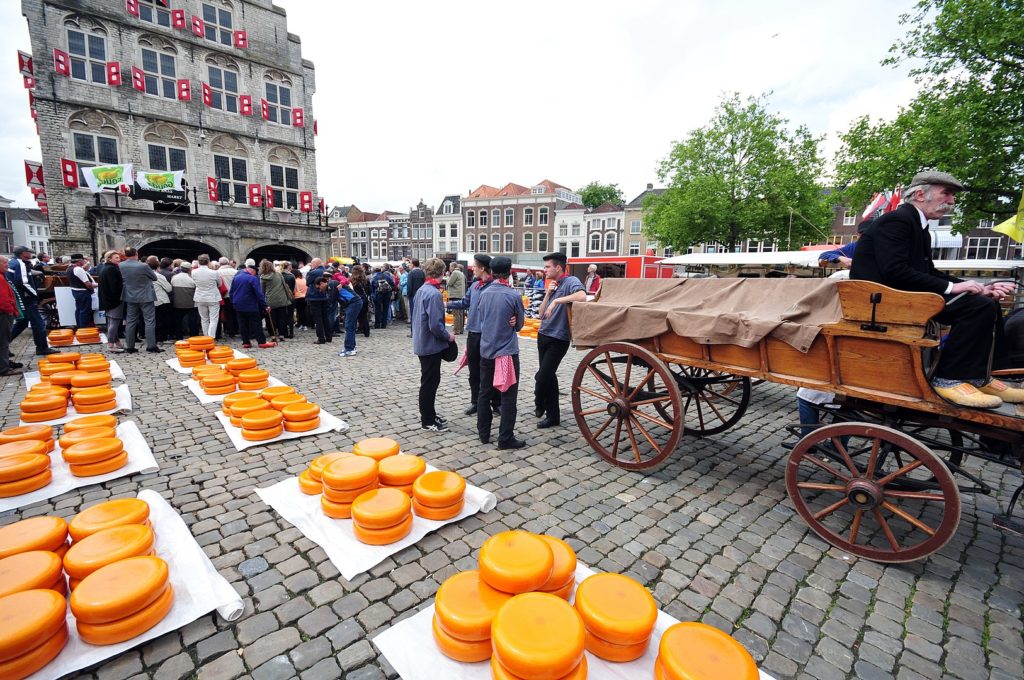 10 Most popular Icons and Landmarks to visit in the Netherlands

The Netherlands is a small country that is bursting with some of the world’s famous icons and landmarks. From the tulip fields, the canals, bicycles, wooden shoes, windmills and quirky streets.

This country is famous for being the second-largest exporter of food and beer. Travelling to the Netherlands is one unforgettable experience. One leaves with great memories and a second visit is always inevitable.

This is one of Europe’s most beautiful country with beautiful scenery and the world’s happiest people.

Here are the most popular icons and landmarks to look out for on your next trip to the Netherlands. 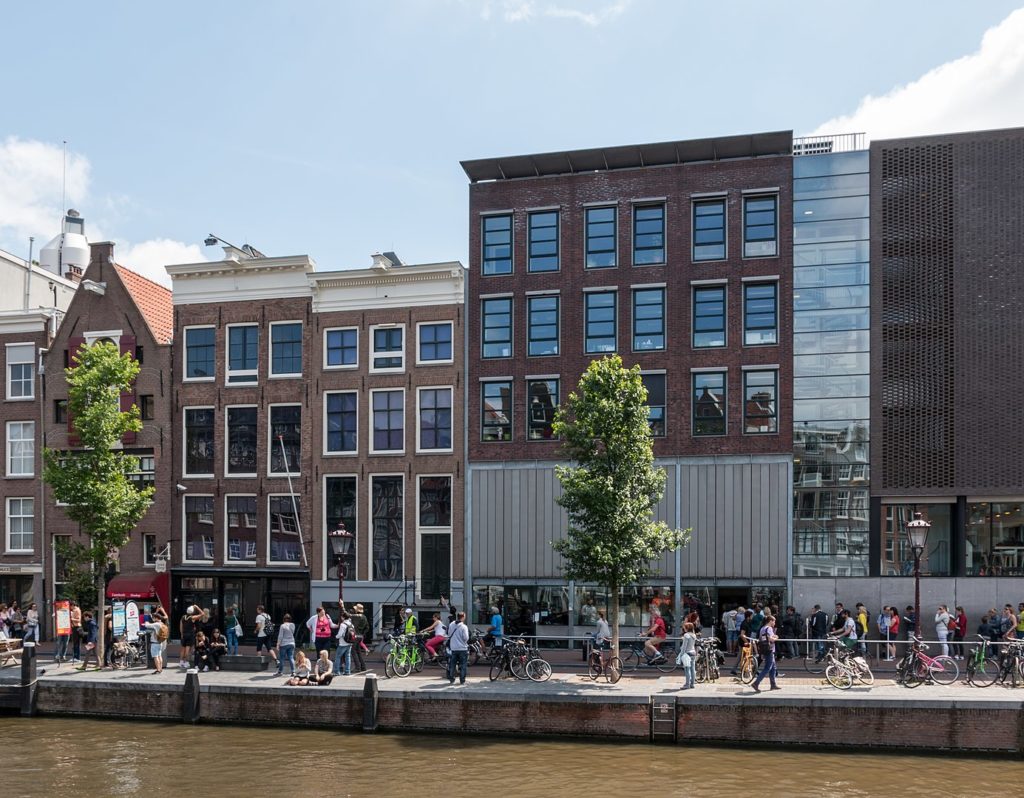 Anne Frank is one of the most visited places in Amsterdam. This house belonged to Anne Frank and her family in 1942. They shared the house with the Van Pels family and Fritz Pfeffer.

They were a family of Jewish descent that hid in this house for two years during the holocaust.  This house was converted into a museum to preserve the dark history of what happened during World War II.

Visit this museum to see Anne Frank’s famous diary, photos, film images, and furniture. The diary room is where Anne spent most of her time hiding since they could not go outside.

All through the museum, you will be able to see the personal belongings of all the people that lived in this house. 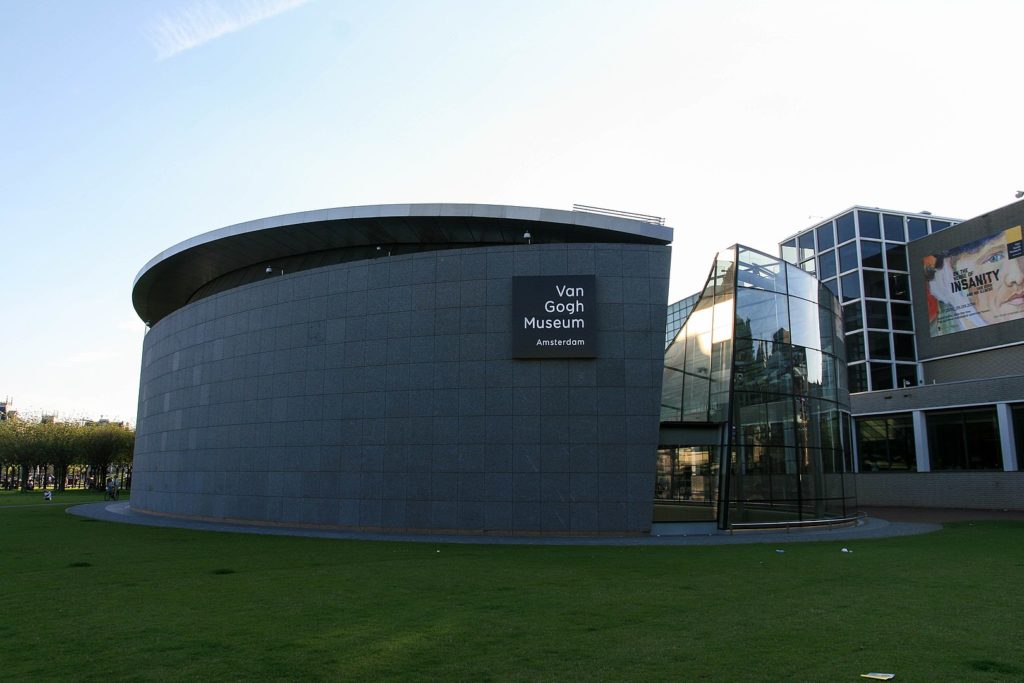 Another popular museum in Amsterdam is the Van Gogh Museum. It has been holding the largest collection of Van Gogh painting in the world for more than 40 years.

More than 3 million visitors go to this museum annually, making it the most visited art museum in the world.

To get the tulip farms in the Netherlands, you will need to head to the province of Flevoland. The coast of The Hague, Leiden and Alkmaar are lined with beautiful and colourful flowers.

One of the world’s famous flower exhibitions is held in Keukenhof. The gardens here are the world’s largest and biggest promoter of the Dutch flower industry.

Get to see and smell the tulips and experience the flower auction at FloraHolland in Aalsmeer. 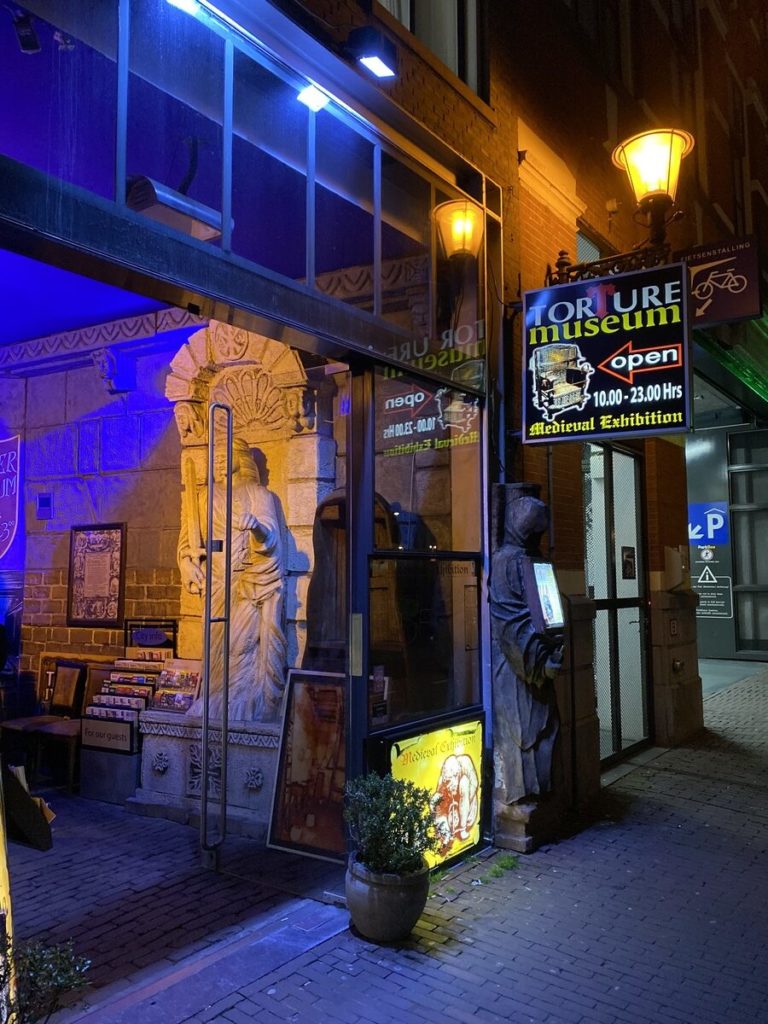 A walk through the history of punishment to those that violated the law and had justice served to them.

The museum displays sticks and spikes that were used to torture lawbreakers. You will get to walk through some dimly lit corridors and get to see prints showing the tortures.

There are torture instruments such as masks, hanging cages, and torture chair. This museum is among the world’s most unusual museums.

The other torture museum is known as the Museum of Medieval Torture Instruments. The 2 museums are however not connected. 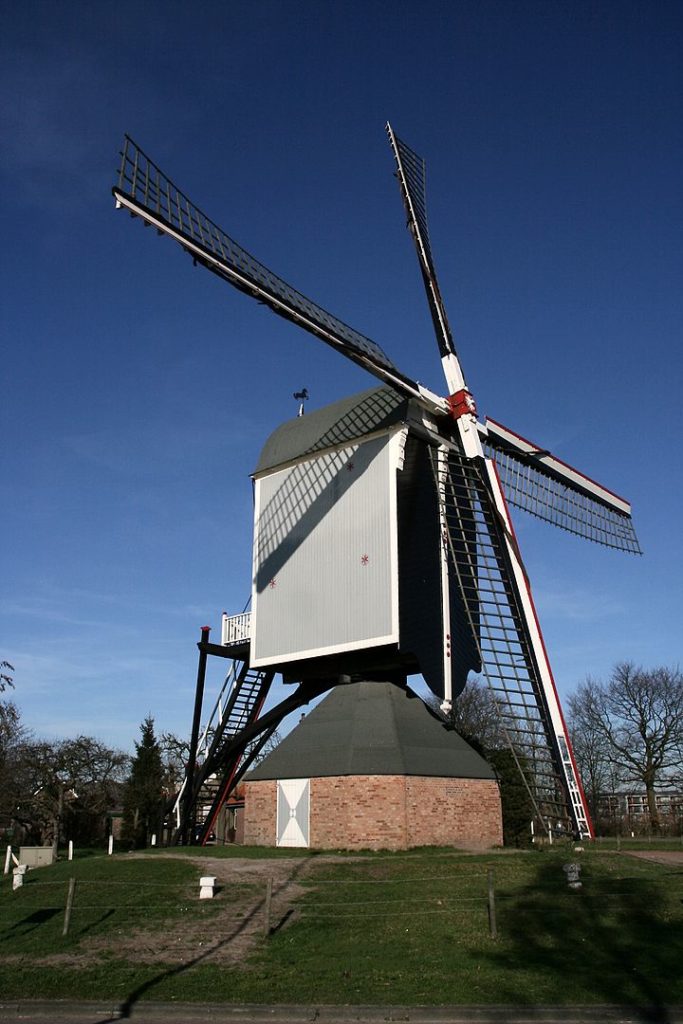 An image of the countryside is not complete without windmills. There are more than 1,000 windmills in the whole of the Netherlands. The windmills have always been associated with the Dutch.

The perfect place to spot the windmills in the Netherlands is Zaanse Schans, Noord Holland. Here you will find a windmill park that has been in existence for more than 250 years. The park also doubles as an open-air museum.

More windmills can be found in Kinderdijk close to Rotterdam. It offers beautiful scenery of spinning windmills. It is a UNESCO World Heritage site with windmills from 1850.

The trains in the Netherlands are powered by the wind making it the most environmentally friendly transportation system.

Gouda city is close to Utrecht, The Hague and Rotterdam. The cheese market is always held on the market square in front of the city hall.  This market has been religiously held since 1395.

During the market day, cheese wheels are brought in by horse and carriage and placed on the ground by the farmers.

Watch the cheesemakers and vendors haggle over cheese wheels and seal the deal with a unique clap. It is quite an interesting scene to watch.

This project was initiated to protect reclaimed land from the sea and protect it from flooding in the future. The project is made up of a series of dams, sluices, locks, dikes and storm surge barriers.

The Delta project has been named as one of the Seven Wonders of the Modern World by the American Society of Civil Engineers. 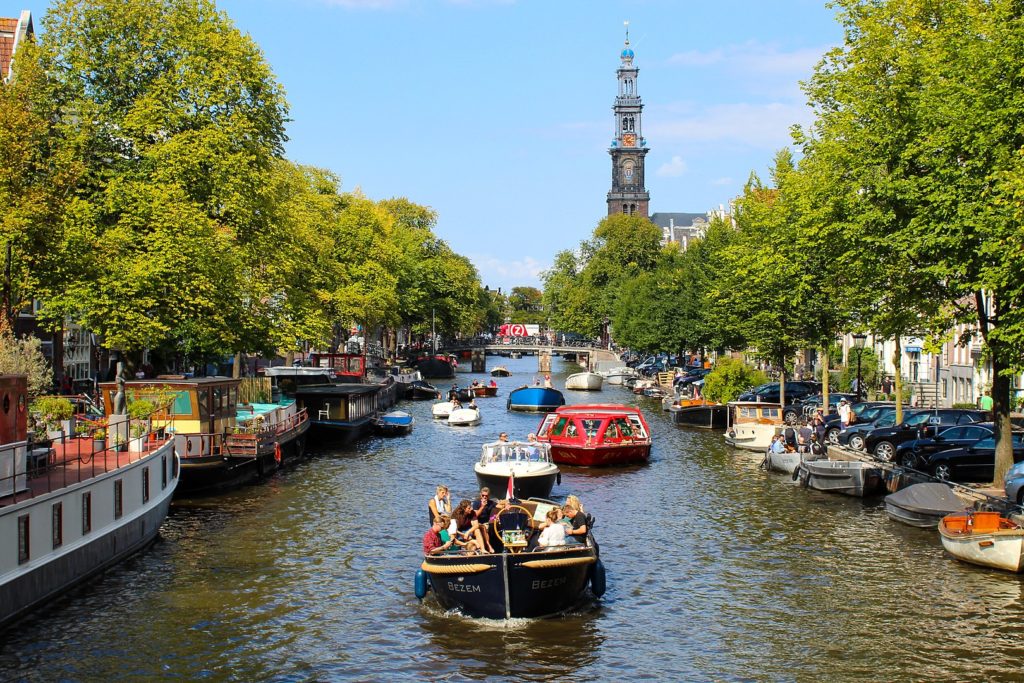 Canals in the Netherlands have been in use since the 17th century. They have since remained relevant as a means of transport and local upkeep.

The views of the cities in the Netherlands are best experienced through a cruise of the canals.

They are also used to control water and shipping traffic. There is regular dredging of the canals to ensure they are deep enough.

A canal cruise in Amsterdam is a must as it gives you a beautiful view of the city. The cruise will take you under quaint bridges, sightseeing historic churches and beautiful houseboats.

Dam Square is located where the Amstel River was dammed in the 13th century. It is also the scene of Amsterdam’s central market during Medieval times.

This location was also used as a meeting place by protesting students who opposed the Vietnam War between 1960 and 1970.

Coronations have also been held here such as the Coronation of Queen Beatrix in 1980. A massacre occurred at the square towards the end of the Second World War.

The Dam was built in 1270 to connect the settlements with the river. 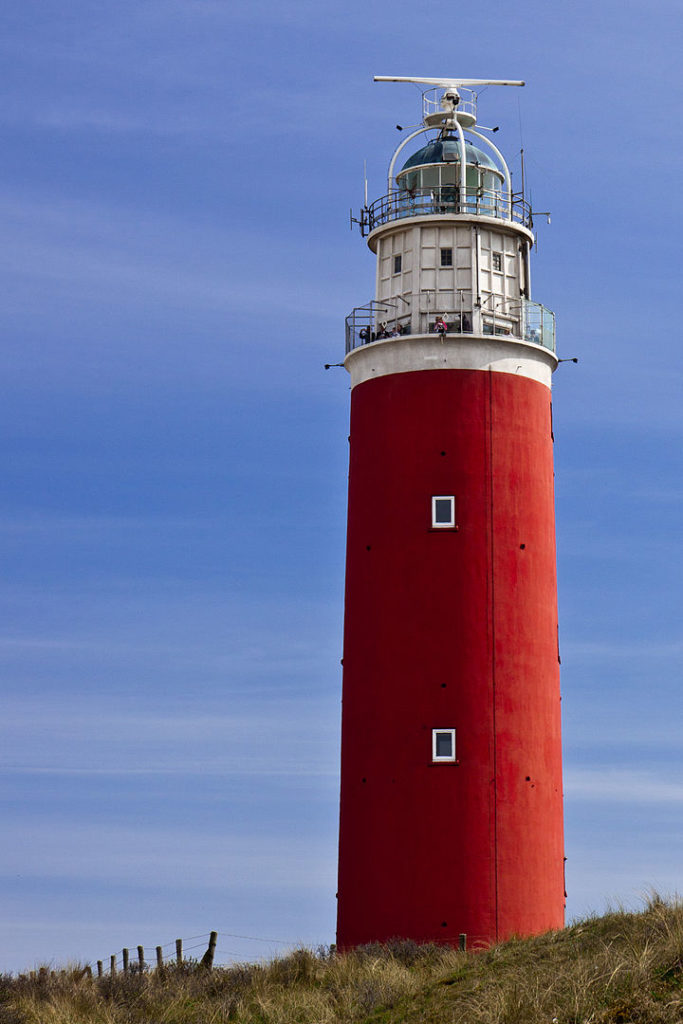 This lighthouse is located on the northern tip of Texel’s island coastline. It is one of the Netherlands famous landmarks.

To get to this island, one will have to catch a ferry that departs daily from Den Helder. The lighthouse has been on this island since the 1860s. It guided several ships and saved them from crashing.

118 steps will get you to the top of the lighthouse for panoramic views of the island and its neighbours.