Top 10 facts about the Charles Bridge 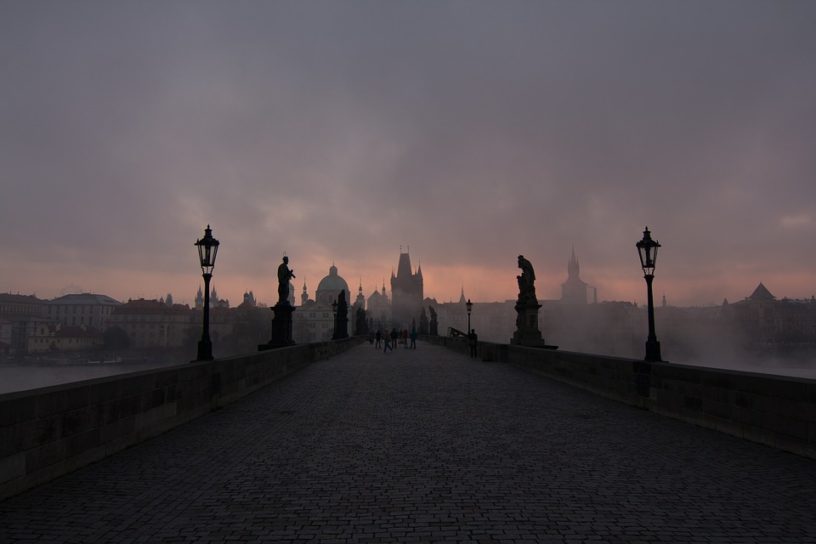 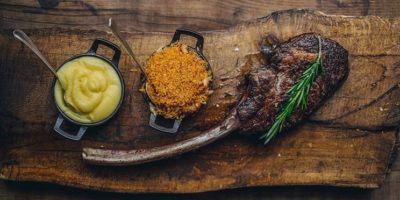 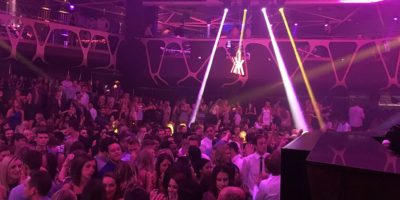 Top 10 facts about the Charles Bridge

Charles Bridge is certainly a ‘must see’ when visiting Prague. Not only foreigners but also Czechs coming from different parts of the country for the first time eventually reach the bridge. I personally like to see the bridge every time I return to Prague after some time away. It’s good to avoid the peak hours and to see the bridge at night. Prague’s magic comes out especially after the dark and the bridge is truly magical under the street lamps lights.

The Prague we know today has 18 bridges that cross Vltava River. It wasn’t always like that. Charles Bridge wasn’t always Charles’, and there is an older bridge hiding under it. What are the most known but also some unknown facts about the bridge?

Charles Bridge is not the oldest bridge in the country (it’s actually the second oldest), however it is the oldest bridge built across the Vltava River. This bridge was also the 4th stone-built bridge in Bohemia. Charles Bridge replaced the Judith Bridge that had to be taken down after it was damaged by ice during the spring ice melting in 1342. The new bridge construction started under the protection of then Emperor and King Charles IV in 1357.

The construction finished in 1402 and until 1841, it was the only bridge crossing the Vltava River in Prague. If you happened to live far from this bridge and needed to cross the river you’d have to either use a ferry or cross at a ford. 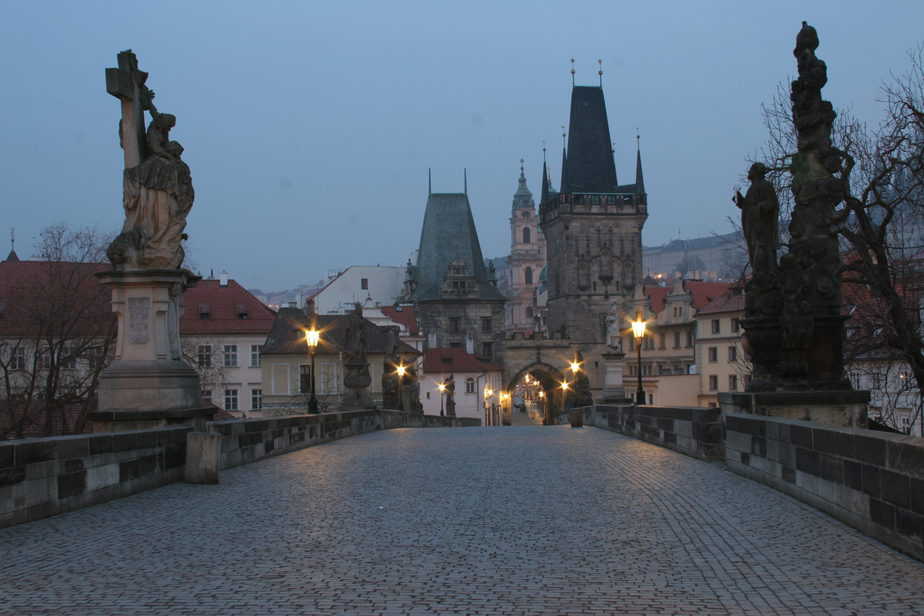 Even though you might be under the impression that we always used the name Charles Bridge, it is not quite so. King Charles IV ruled when the construction started, however the name ‘Charles Bridge’ came centuries later. It wasn’t until 1870 when people started using the name after one of the most important Czech writers, K. H. Borovsky suggested it. Do you wonder what was the original name?

As the bridge was made of stone, people called it the Stone Bridge. Stone bridges were quite rare back then and so this name was quite distinct. Because of its location in Prague, and because for the longest time it was the only bridge crossing Vltava, some people simply called it the Prague Bridge.

3. Charles Bridge is protected by 3 towers 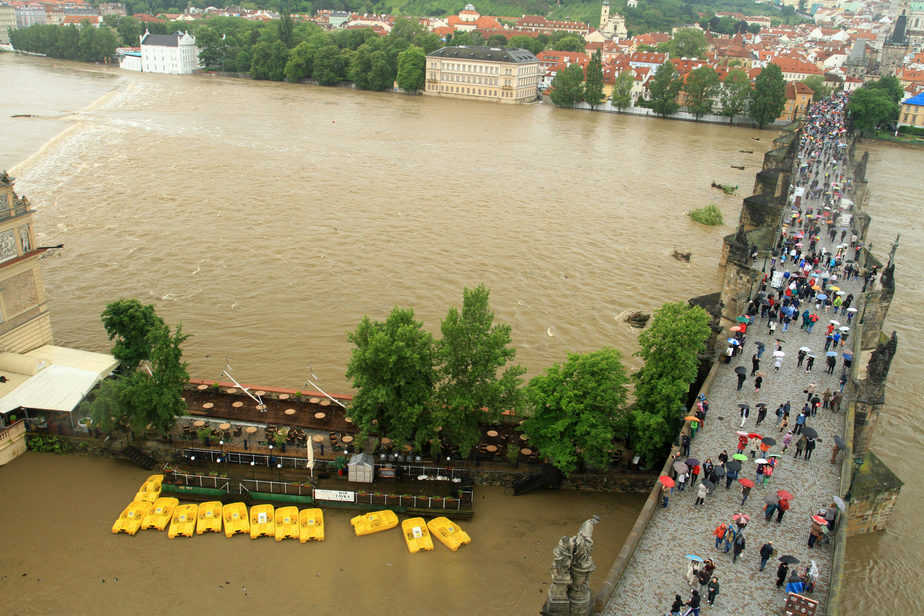 The view from the Old Town Bridge Tower – by Ondřej Kořínek – this picture is part of the Wiki loves sights project 2013, CC BY-SA 3.0 – Wikimedia Commons

If you feel you could use a little exercise, you can climb the 138 steps to the viewing point of the Old Town Bridge Tower and enjoy a beautiful view of the river, Prague Castle and of course, of the Charles Bridge from above. From there, you will be able to see all 30 statues and statuaries, mostly built in the baroque style.

Most of the statues were erected between 1707 to 1714 by Bernard Braun and Maxmilian Brokoff. In mid-19th century, the statues started deteriorating due to the rather fragile construction materials (the builders used local types of sandstones) and were slowly replaced by the replicas. You will not be able to see a single original on the bridge today. Those interested in seeing the originals should go to the Lapidary of the National Museum and to the Gorlica Hall at the Vyšehrad Castle, where some of them are exhibited.

You might be aware that the astrology and numerology played a very important role in noble’s lives in medieval times. The legend has it that King Charles IV was not an exception. He was known for strongly believing in numerology and for that reason, the construction of the Charles Bridge started on July 9, 1357 at 5:31am. The set of these numbers formed a palindrome. See for yourself: 1-3-5-7-9-7-5-3-1. Apparently, this palindrome also creates a numerical bridge, which added an additional strength to the construction. Even though the bridge went through some rough times we are still able to walk on it until today.

The historians actually confirmed that Charles IV was truly residing in Prague at that time. Thus, there is a possibility that he could have been present when the construction started.

In contradiction to the legend, the historians assume that the bridge construction started on June 15, 1357. This date fell on the Saint Vitus day and Saint Vitus was the nation’s protector back then.

5. Was Charles Bridge built on eggs?

I don’t have many memories of my elementary school times but I do remember the first time we learnt about the Charles Bridge. Do you wonder why? Well, because of yet another legend. Our teacher told us a story of people walking from across the country bringing eggs for the bridge’s construction. Apparently, there was a call from the master builders who were adding eggs to the grout to strengthen the mixture. And because the amount of eggs was so high, they ran out and had to ask people from all over the country to bring more.

Even though you might think that these are just stories to entertain children, the scientists from the University of Chemistry and Technology Prague went ahead and did an analysis of the samples of the grout from the bridge. In 2010, they were able to declare that there are truly no eggs in the grout. Although surprisingly, the analysis instead discovered samples of milk and wine. 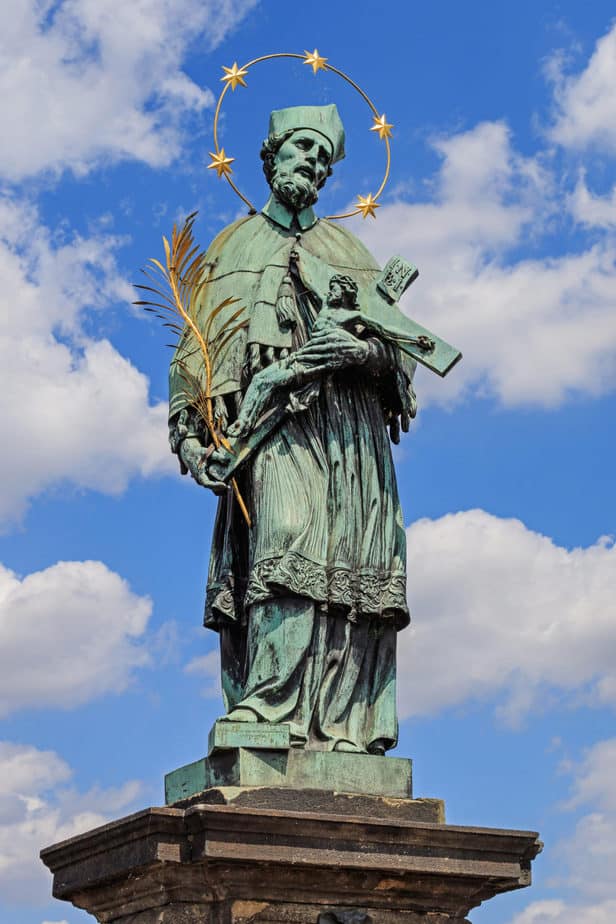 The John of Nepomuk’s statue on the Charles Bridge – by A.Savin, FAL – Wikimedia Commons

Have you ever noticed people trying to touch certain places on the bridge and wondered why?

These places are mostly connected to one person – Czech martyr. If you pay enough attention during your stroll on the bridge you will be able to locate his statue. His name is John of Nepomuk and you will see quite a few reminders of him on the bridge – his statue, a cross and a blacksmith ornamental work.

Both the cross and the golden parts of the metal decorations are believed to grant a wish if you touch them and focus on what you desire. Are you thinking about your wish yet? Let me tell you why there are so many art work dedicated to just one person.

John of Nepomuk was a vicar-general of Saint Giles Cathedral in Prague and a rumour has it he was the confessor of the queen of Bohemia. He is considered to be the first martyr of the Seal of the Confessional because he refused to give away confessional secrets of the queen. 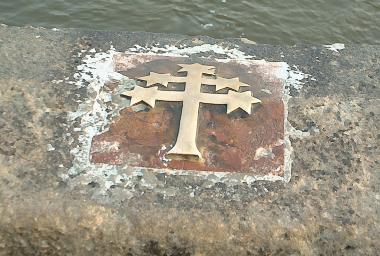 The cross marking the place where John of Nepomuk was thrown into water – by Matt Borak, CC BY-SA 3.0 – Wikimedia Commons

The story is however more complicated than the legend. In simple terms, John supported a candidate for a new abbot’s position. Unfortunately, his support went against the King Wenceslaus’ pre-selected candidate and for that, John of Nepomuk was interrogated, tortured and then thrown from the Charles Bridge into the Vltava River.

For a long time, it was widely believed that he died by drowning. However, a recent analysis proved that he had a head injury, most likely caused during his interrogation and torture. He was dead before his body was thrown into the river. The specific place of his fall into the river is marked on the bridge by a golden cross. 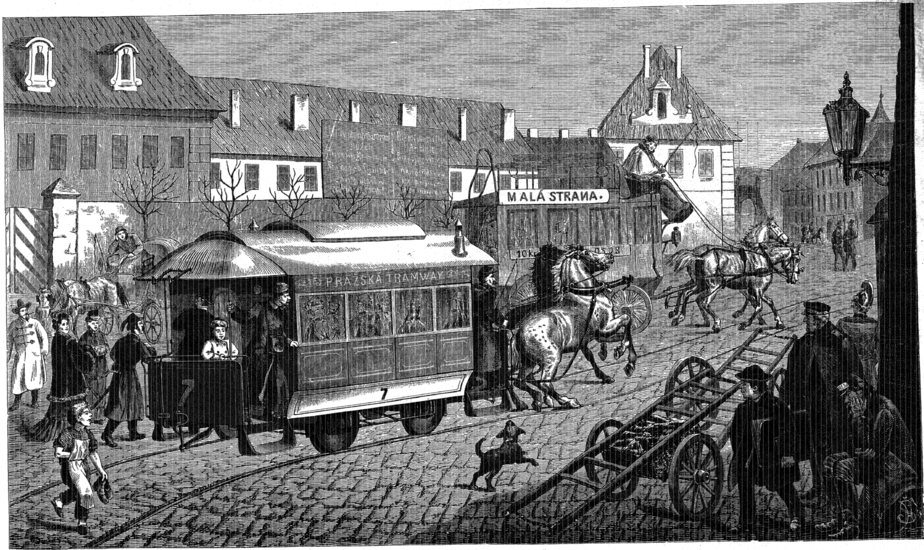 The bridge was a very important connection between the Old Town and the Lesser Quarter. And so, in 1883 the city representatives decided to build the tram railways into the bridge construction. First-ever horse-drawn trams started riding between the National Theatre and the Lesser Quarter Square. Regular trams replaced the horse-drawn trams in 1905.

However, for the fears that the construction would not be able to hold the trams, buses came in 1908. At that time, the buses didn’t survive for long either. They only operated for one year but the operation was renewed in 1932. Do you wonder why there are no cars, buses or trams on the bridge now? The traffic on the bridge was cancelled in 1965 and since then, only pedestrians can cross to the other side.

8. Charles Bridge was a hub of commerce

Until 1828, people were able to do their grocery shopping at the bridge. Imagine shopping with such a view! From both sides of the bridge – from the Old Town and from the Lesser Quarter sides – there were little shops lining the bridge going all the way to a certain point onto the bridge. There were butchers, brush-makers, bakers and many others trying to sell their craft products.

After the Velvet Revolution, in 1990, a variety of craftsmen came back to the bridge. So today, if you are in need of your caricature, the Charles Bridge is a place to go. Other than that, you can just walk along and from time to time stop and listen to the folk or classical music. You can also admire a variety of hand-made jewels.

9. Charles Bridge once displayed the decapitated heads of 27 resistance leaders 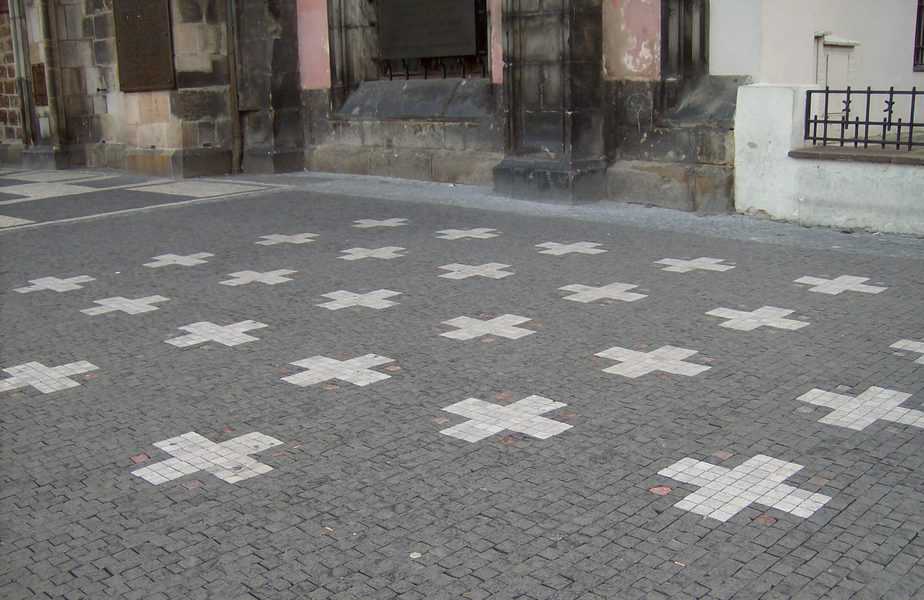 The Battle of the White Mountain took place in 1620 when an army of 15,000 Bohemians and mercenaries were defeated by 27,000 men of the combined armies of the Holy Roman Emperor Ferdinand II. After the battle, the Charles Bridge served yet again as the place of punishment. You remember John of Nepomuk and his body already at the bottom of the river.

This time, the bridge served as a display of 27 revolt leaders’ severed heads. The ‘view’ was not only a demonstration of power but served another purpose. It was supposed to teach Bohemians (Czechs) a lesson and stop them from further resistance.

However, we still remember these men. Walk around the Old Town Square City Hall and look under your feet. Do you see the crosses in the pavement? Guess who they should remind us of? That’s right. The 27 beheaded men. The crosses are a tribute to them.

Fun fact at the end. Not only people from the Czech Republic and Prague but also Google celebrated the 660thanniversary of the Charles Bridge. On July 9, 2017, you could have seen 3 different images of the bridge on Google.

Katerina works for a non-for-profit organization in research and program development stream. In her free time, she loves to travel and discover new places around the world, especially in the Middle East. Even more so, she loves coming back to Prague to enjoy the beauty of its evening lights. As a coffee lover, she likes strolling through the city in seeking new and less known cafés. She will never say no to a cup of cappuccino. 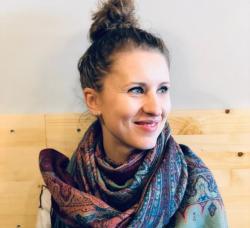 Katerina works for a non-for-profit organization in research and program development stream. In her free time, she loves to travel and discover new places around the world, especially in the Middle East. Even more so, she loves coming back to Prague to enjoy the beauty of its evening lights. As a coffee lover, she likes strolling through the city in seeking new and less known cafés. She will never say no to a cup of cappuccino.