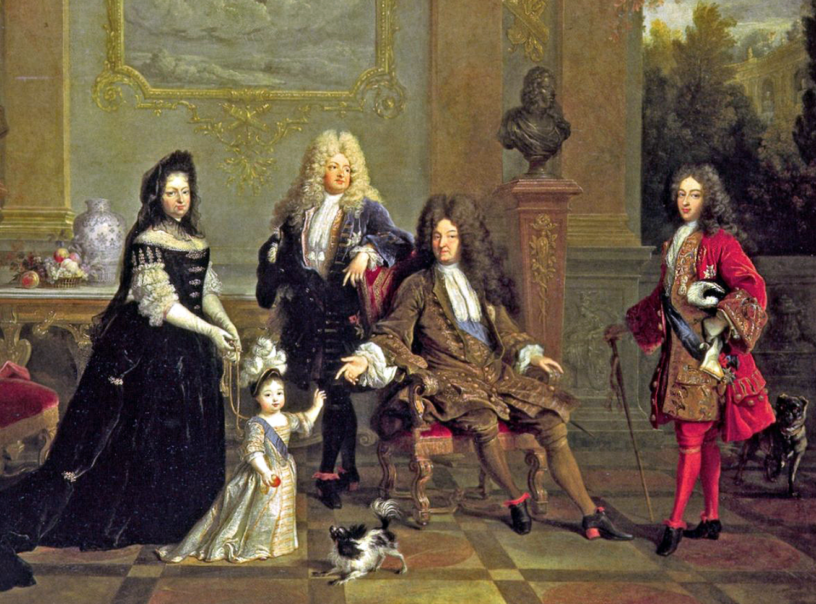 How do you imagine French nobility? Before the French Revolution, the French noble class ruled the roost across France. A visit to the opulent Versailles or the Louvre is enough to make anyone wonder about the lifestyle of the French upper crust. But all those titles are enough to make even a historian’s head spin.

And don’t make the mistake of thinking French nobility and noble titles died out with the revoultion. In fact, quite the opposite. While many nobles and former rulers were brought to the guillotine during the Reign of Terror, it certainly wasn’t over as most people believe.

Today there are around 4,000 noble families still in France. And more than 50,000 individuals claiming noble heritage. That’s a lot of French nobility to keep track of. Here’s a quick guide explaining all about the various French nobility titles. 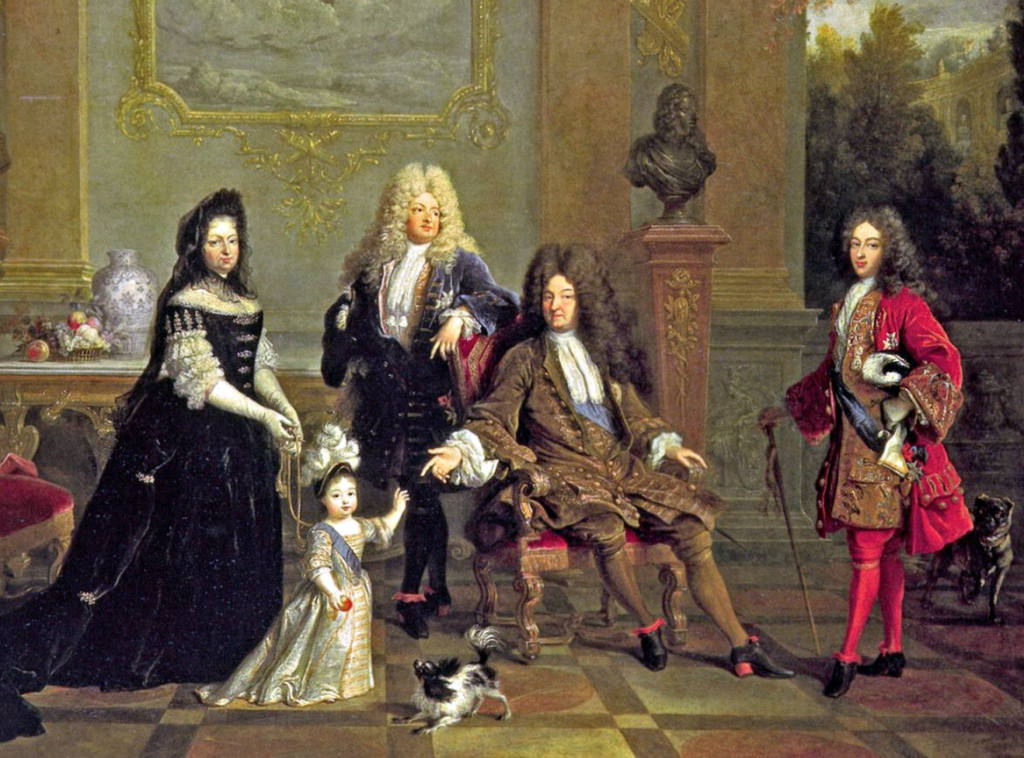 The French nobility emerged during the Middle Ages and stayed in power until the French Revolution which started in 1789. During this time, there was a very strictly defined hierarchy that separated society into three main classes, or Estates.

In pre revolutionary France, the First Estate was the most powerful and ruled the nation. This was comprised of the Monarchy (royal family) and the Catholic church clergy.

Most members of this class were born into it, and stayed there for the rest of their lives. Being a member of the First Estate meant living a life of luxury. Marie Antoinette, Louis XIV, red velvet tapestries and gold accents; this is the lifestyle that comes to mind when most people hear ‘French nobility’.

The Second Estate was made up of the nobility which accounted for just over 1.5% of the total population. This Second Estate also included the more distant members of the royal family, or those who had joined via marriage since clergy were unable to marry. At this time, noble families still held a significant amount of power and clout, and upward mobility was of paramount importance.

You could say that members of the Second Estate won the proverbial lottery at the time. They didn’t have the duties associated with the ruling class, but were exempt from hard labor and taxes. These benefits made the majority of the Second Estate very loyal to the Monarchy, and they certainly weren’t gunning for a reform.

Finally, the commoners and bourgeoisie people were sanctioned to the Third Estate. The majority of the French population remained in this third category, and had little to no power. And it goes without saying that they did not enjoy the same privileges as the nobility.

Forced labor, heavy taxation and food shortages were all regular occurrences for these people. And upward mobility was difficult to impossible for members of the Third Estate. This was one of the important factors leading up to the French Revolution.

How hard was it get a French Nobility Title?

During the Middle Ages, obtaining a noble title was no easy task. Unless you were born into nobility, it was a slim chance. And most members of the First and Second Estates stayed in the upper crust, as intermarriage among the two was common. People in the Third Estate rarely advanced to the first or second, but it was potentially possible.

Most members of the French nobility were born into it. Nothing you can do about it, but most of those born into the First and Second Estates were considered noble by blood. However; nobility could usually only be passed on from the father’s side.

How did one become a member of French Nobility? 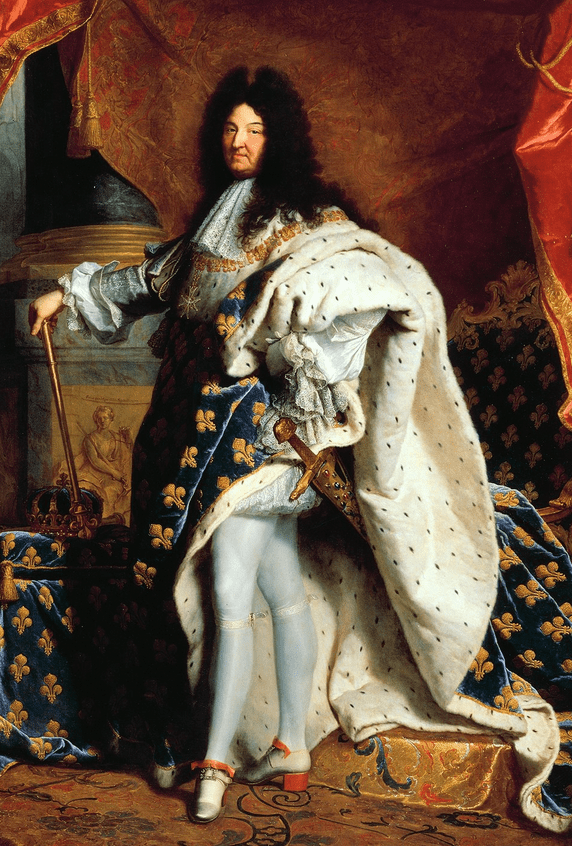 Basically, if you weren’t born noble, there were three ways to become a member of French nobility. And none easier than the last. It was mostly the luck of the draw, were you born into the right  family? Did you pursue a religious life and serve in the church? If not, it was next to impossible to become noble.

The first way to become noble was to marry someone noble. For those First and Second Estates, this was pretty common. In fact many aristocratic families used marriage as a strategy to rise through the ranks and gain more clout. Occasionally, a commoner could marry up to the Second Estate, but this was very rare.

If you were looking to nab a noble title during the Middle Ages, there was another option. You could dedicate your life to church work, and hope to rise through the ranks of the clergy to the Second Estate. Some commoners also entered high office for the King, which granted them noble status.

Finally, displaying exceptional military bravery and prowess could land you an envied noble title.  Usually one at the lowest levels of nobility, such as a Knight or Lord. This happened rarely though, and was awarded on a case by case basis.

Within the French society’s upper crust, there was still a distinct hierarchy present. Even among nobles. Those equal in rank were called peers, and of course, the Monarchy and Emperor were always at the top. The rest can be a little confusing, so I’ve included a chart to illustrate the various rankings. 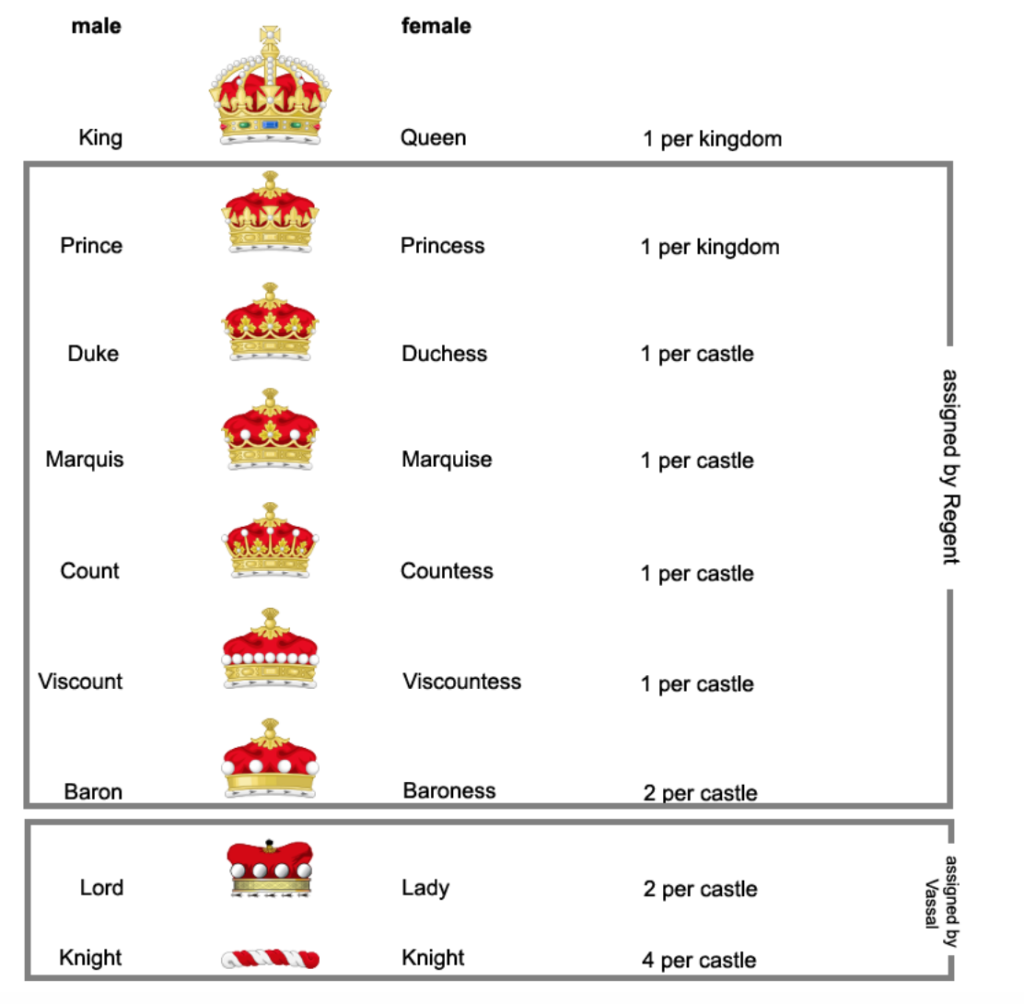 The King and Queen were always at the highest rank among nobility, but often didn’t govern actively. So the duty of governing France was taken on by the Regent. The Regent then appointed middle levels of nobility for the castle including Prince, Duke, Marquis, Count, Viscounts and Barons. The level of power descended from Prince at the highest level to Baron at the lowest. Generally, there was only one pair of each level per castle (Duke and Duchess, Baron and Baroness, etc.).

Lords, Ladies and Knights made up the lower nobility, and didn’t actually have much in the way of active duty. They still retained their titles, mostly as a courtesy and as a sign that they were still noble.

What was it like to live as a French noble? 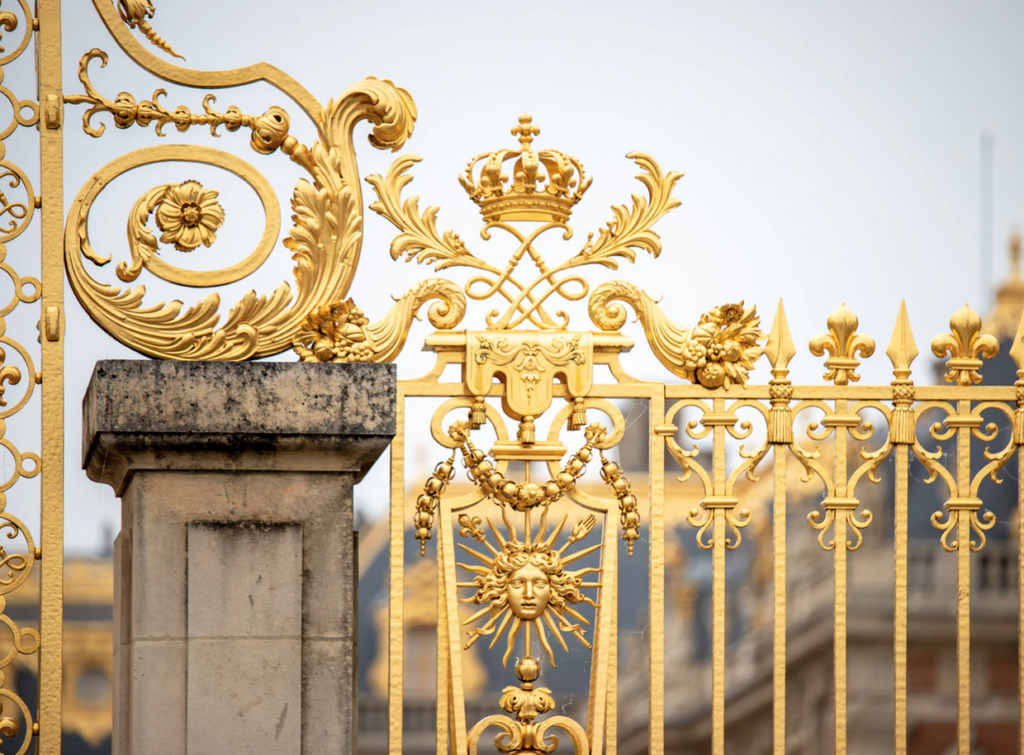 In today’s terms, the French nobility were the one percent. Moneyed, titled, and highly educated, the nobles had plenty of advantages over the rest of society. And profited off of them. Members of the nobility didn’t pay taxes, could have indentured servants, and overall lived in a completely different reality.

But while the French nobles were known for their lavish lifestyle, the commoners and bourgeoisie suffered massive taxation, forced labor and even food shortages. They were not afforded the same rights as noble people simply because of the family they were born into. This glaring inequality piled up over the years and eventually fueled the French Revolution.

And despite seemingly having it all, the French noble society was still extremely classist, and had a strict set of conduct. For example, there were all kinds of rules regarding where noble people could shop, the kinds of clothes they wore, and even the dishes they used.

Not to mention a host of restrictions on jobs and positions noblemen could hold. Many jobs were considered unfit for nobility, including the roles of lawyers and doctors. That’s quite a difference compared to today! 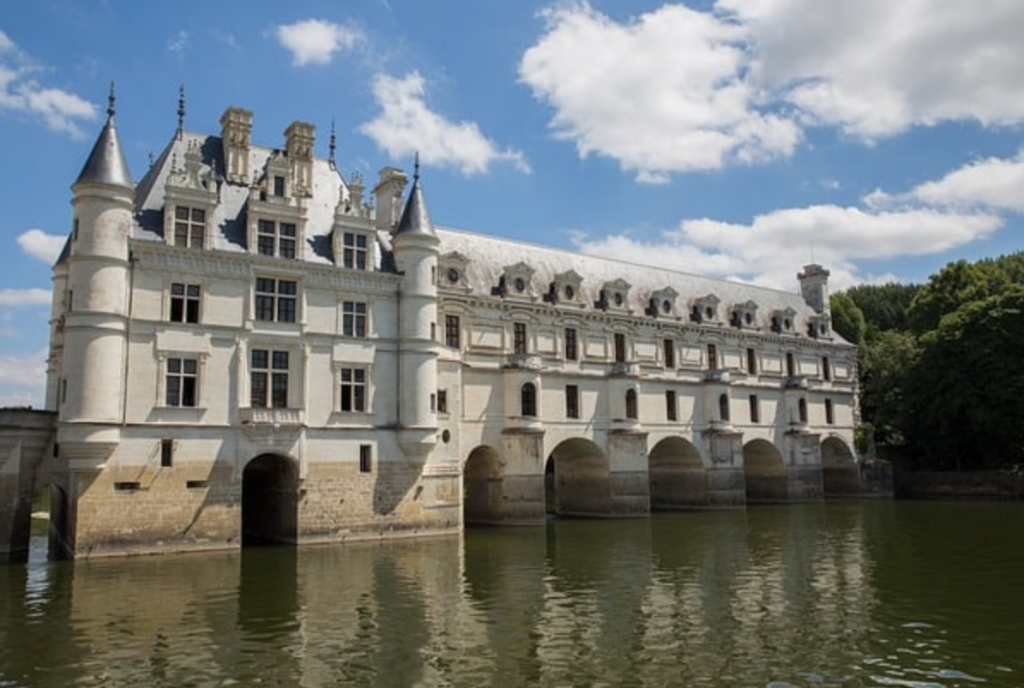 While French nobility aren’t a central part of French society today, the concept of noble titles and families didn’t completely die out after the Revolution. Actually, in 1975 there were around 4,000 noble families in France. And 130 families from the First Estate still living in France. These included one Prince and seven Dukes from all over France.

Today, this number has dropped today to around 110 families from the First Estate, although the exact count is unknown. It’s hard to get an exact figure because many noble families abandoned their titles after the Revolution. At this time, the whole concept of nobility and classism changed. The public opinion of nobility became very negative and many wanted a fresh start. 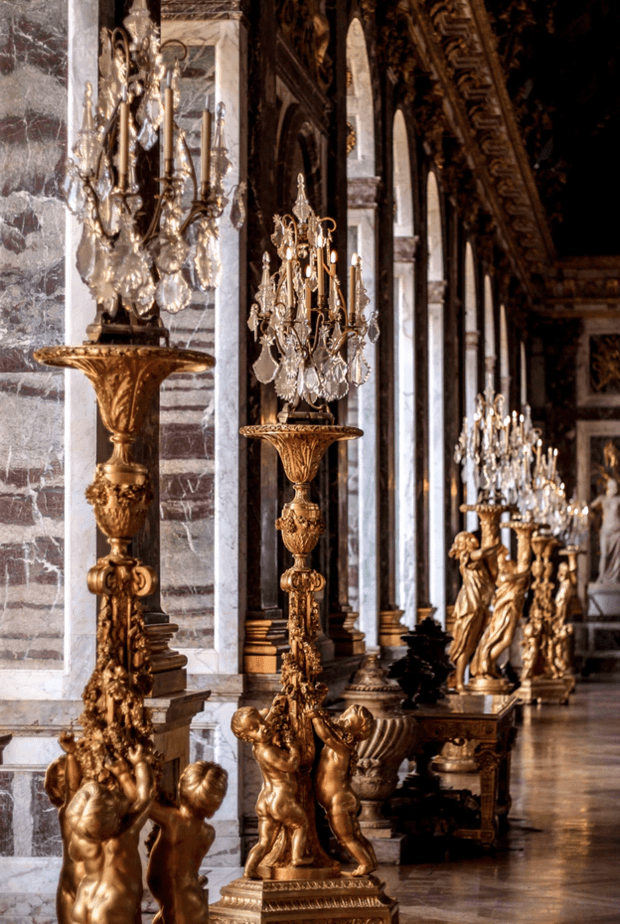 Versailles Hall of Mirrors – Photo by Louis Paulin on Unsplash

You can see the opulence the French nobility enjoyed firsthand on a visit to Château de Versailles, or the Louvre. The Sun King Louis XIV and Marie Antoinette once called the castle home.

Click here to read all about our guided tours of Versailles and the Louvre.

If you’re hankering to learn a bit more about French nobility, head to the Loire Valley. The Loire Valley is also home to many castles and former royal residences that you can easily visit on a day trip from Paris.