Top 10 Most Famous Cameroonian people of all time 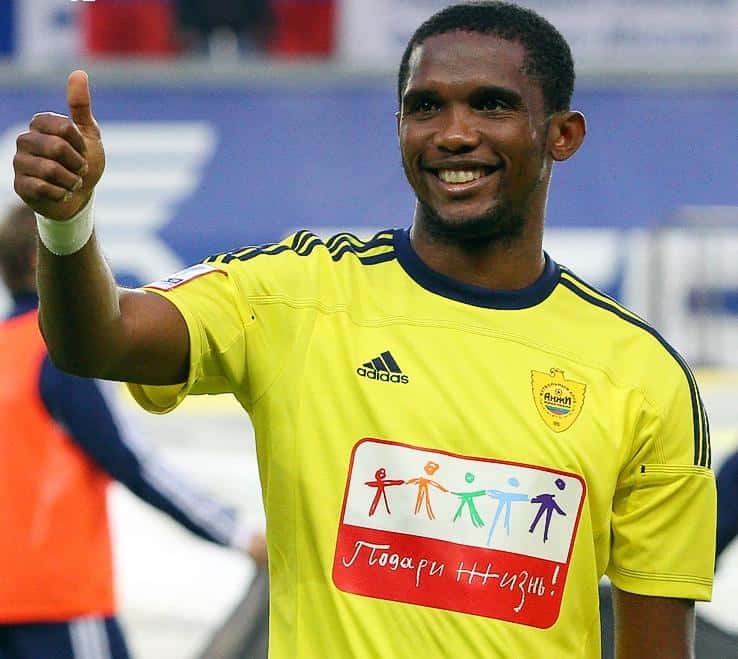 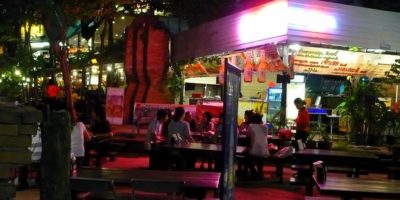 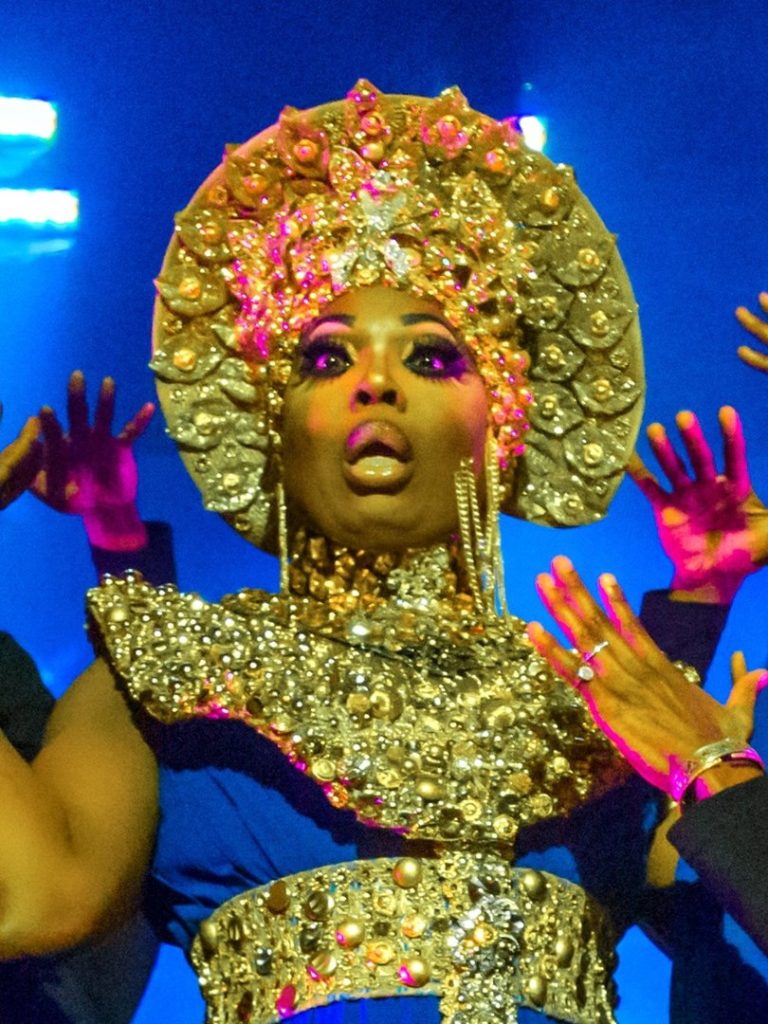 Top 10 Most Famous Cameroonian people of all time

Cameroon has been described as Africa in miniature. This is because of the wide range of different landscapes, languages and ethnicities.

The majority of the country’s population is based around the capital Douala and Yaoundé. The other populous region of the country is the Far north.

The capital city Douala is home to 3.3 million people and it is the most prevailing economically. Cameroon is split between French and English.

Cameroonians are amazing people and friendly. There are several great men and women who have left indelible marks in the world. I have picked the most famous Cameroonians of all time.

Read about them below.

Samuel Eto’o Fils is a retired professional footballer. He played as a striker for Real Madrid as well as his national team, the Indomitable Lions.

He is regarded as one of the best strikers in the world. At 16, he was signed by Real Madrid in 1997. He also made a debut in the world cup in 1998 representing his country.

Eto’o became more prominent during the 2000 African Cup of Nations. He scored the crucial goal that earned his team a win over Nigeria.

His prowess continued during the 2000 Olympics in Sydney when his national team defeated Spain. This was the first Olympic gold that the Indomitable Lions won in its history.

He retired from professional football in 2014. 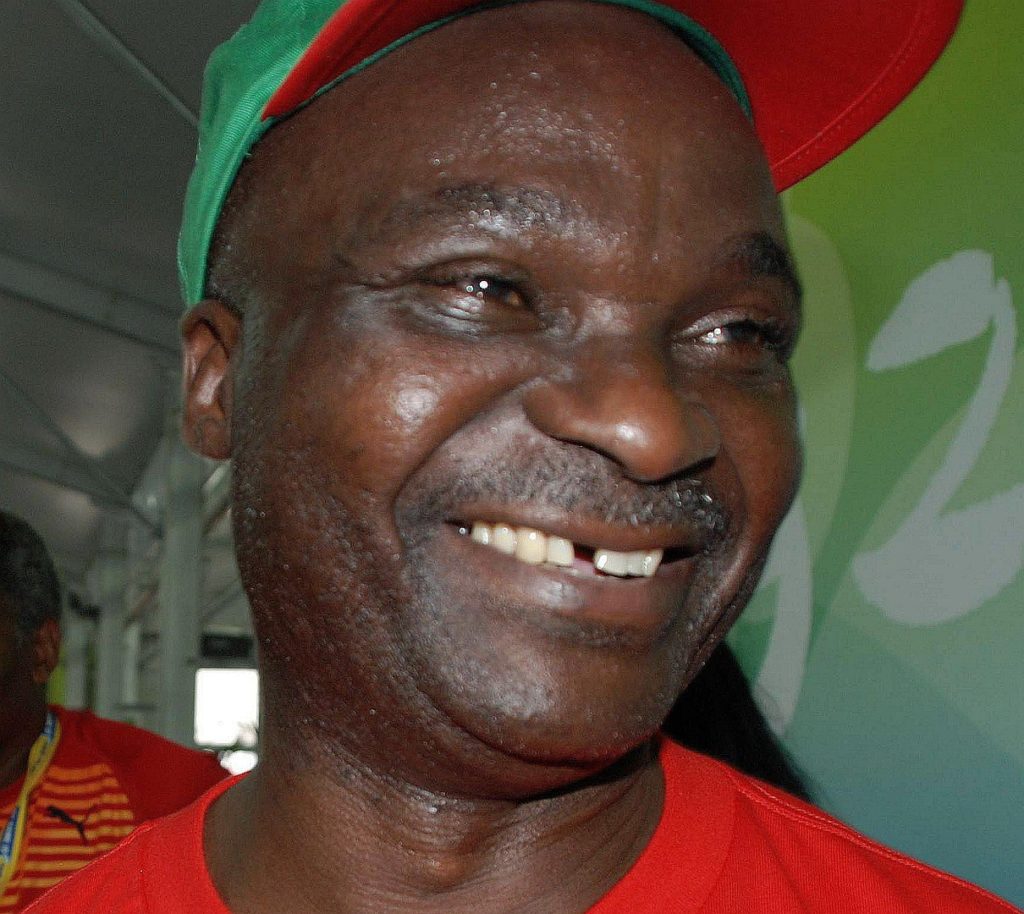 His career started at the Dynamo Beervelde academy. Roger Miller was among the first African players to play on the international stage.

He was also the first African player to be awarded the Oldest Goal Scorer Award. When he was 42, Roger scored against Russia during the 1994 world Cup. This made him the oldest goal scorer in the history of football.

He played for the Indomitable Lions too and was with the team for 3 World Cups.

Anne-Marie Nzié was born in Bibia, Lolodorf, Cameroon, in 1932. She comes from a family of artists. Her father was a guitarist and a pastor, her brother also played the guitar.

At the age of 8, she sang in the church choir. Later on, Anne-Marie started performing bikutsi. This is music native to her home.

Aged 12, she learned how to play Hawaiian guitar while recuperating from a fall. She got help from her brother Moise. They played together at concerts.

In 1954, the two siblings released their first album titled Ma-Ba Nze produced by the Opika label.

She popularized bikutsi and went on to sing in festivals in Algiers, Dakar and Lagos. Anne-Marie is known as the Queen Mother of Bikutsi. 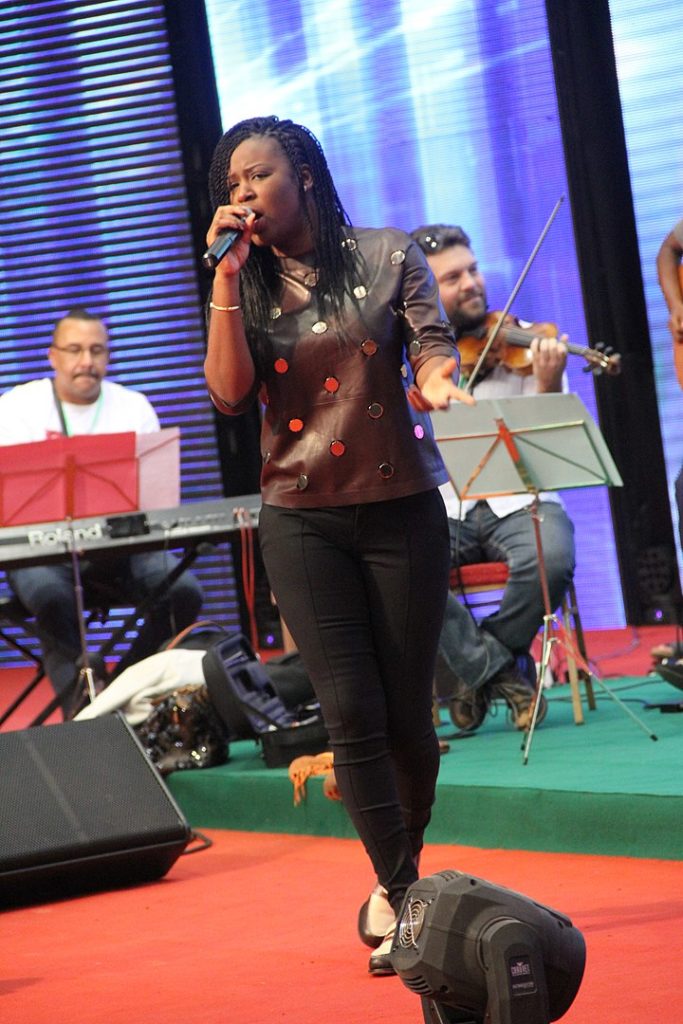 Charlotte Dipanda is an Afropop singer who plays acoustic music. She sings in French, Bakaka and other native languages.

Dipanda released her first record with guitar player Jeannot Hens in 2002. During an open mic session, a Congolese artist spotted her and she joined his band.

She moved to France and was part of Papa Wemba’s band as a background vocalist. Charlotte also sang with Manu Dibango, Rokia Traore and Axelle Red.

Dipanda has performed in concerts across Europe. She was also a judge for the Voice Afrique in 2016. 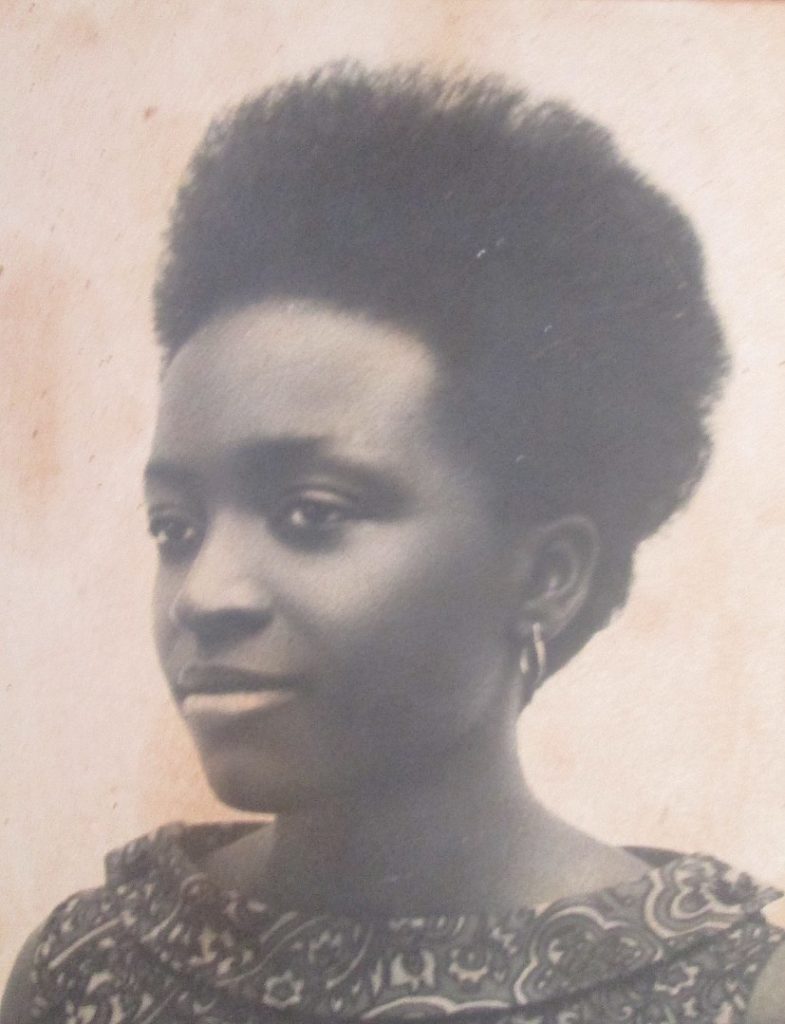 Marthe Ekemeyong Moumié was a prolific writer as well as an activist born in 1931.

She was also a member of the Union of the Peoples of Cameroon subsequently she was the leader of the Democratic Union of Cameroonian Women.

Due to the political instability of the country then, they fled the country with her husband and lived in different countries to avoid torture.

Her husband, Felix-Roland Moumie, was a political leader who got assassinated. This happened when they were in Geneva Switzerland in 1960.

She used the power of the pen to write about her experiences in her autobiography. After the death of her husband, Ekemeyong married another nationalist from Equatorial Guinea, Atanasio Ndongo Miyone.

Atanasio was assassinated in 1969 after a failed coup against the government. Ekemeyong was imprisoned after Atanasio’s death and was tortured for five years by both Equatorial Guinea and Cameroon governments.

Alexandre Dimitri Song Billong is a professional football player from Cameroon. Better known as Alex Song, he currently plays for Arta/Solar7 a football club in Djibouti.

As a defensive midfielder, Song first played for Arsenal Football Club. He was always in the A-team. He later transferred to Barcelona in 2012.

As an excellent football player, Song played for the Cameroonian national team. He played in the 2010 and 2014 FIFA World Cups.

In 2010 Song played in the Africa Cup of Nations. He is also a French citizen. He has been described as an astute and tactful player. 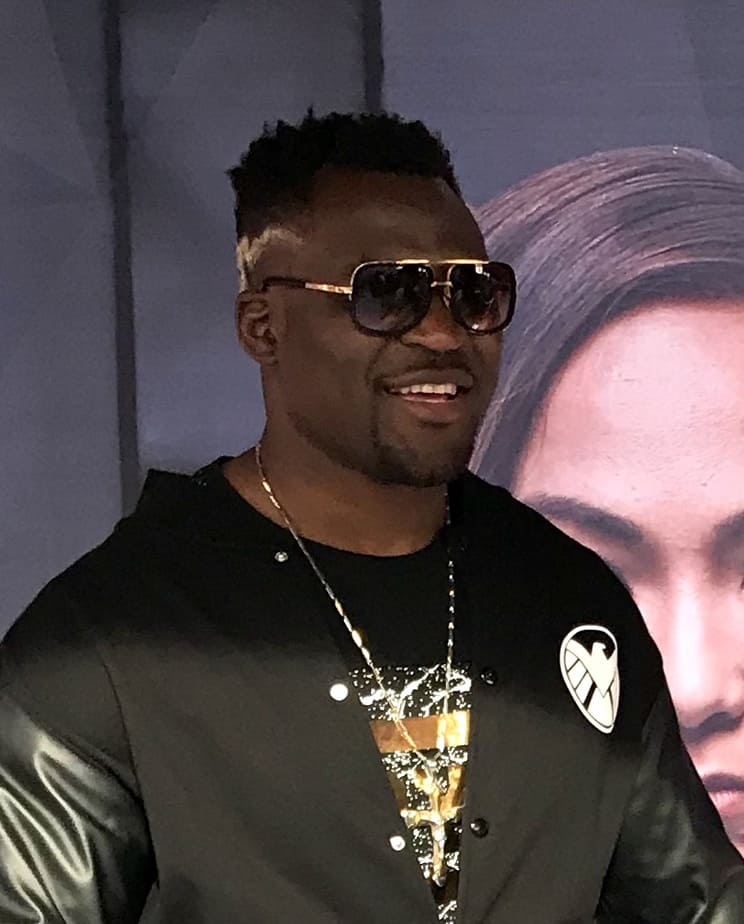 Francis Zavier Ngannou is a mixed martial artist who competes in the heavyweight division. He is also the reigning Ultimate Fighting Championship.

Ngannou began boxing when he was 22, a move that was not well received by his family. He trained for a year but stopped due to an illness.

To make ends meet, he took odd jobs until he turned 26. He left Cameroon for France to pursue professional boxing.

He lived on the streets for a while before getting introduced to Fernand Lopez. Lopez convinced him to try MMA although Ngannou wanted to be a boxer.

Ngannou returned home and he now runs the Francis Ngannou Foundation. He works with young people and trains them.

Another famous person from Cameroon is Richard Bona. Born Bona Penda Nya Yuma Elolo, he comes from a family of musicians. This enabled him to learn music at a very young age.

When he was 4 years old, Bona learnt how to play the balafon and he performed at his local church. He started making his own musical instruments using an old motorcycle tank.

Bona had his first ensemble for the French Jazz club in Douala when he was 13. He became particularly interested in jazz music especially Jaco Pastorius. This made him focus more on electric bass.

He has performed with great jazz musicians such as Salif Keita, Manu Dibango and Didier Lockwood. He is currently based in New York.

Sahndra Fon Dufe is an actress, author, screenwriter, film producer. She is also the CEO of African Pictures International, an Indie production house.

One of her success stories is the Yefon trilogy. It is set up in 1940 West Africa about a young African girl. She started with the Red Necklace in 2014.

In 2012, Dufe partnered with the United States Embassy in Yaoundé to train young actors. She is a great supporter of female entertainers.

He won the first season of the reality-television drag competition RuPaul’s Drag Race in 2009. Bebe made a surprise return to the show in 2018.

In 2014 he released his first EP face and the second one was released in 2017. He also has a film documenting his life; Being Bebe.