Top 10 Facts about the Kenyan Flag 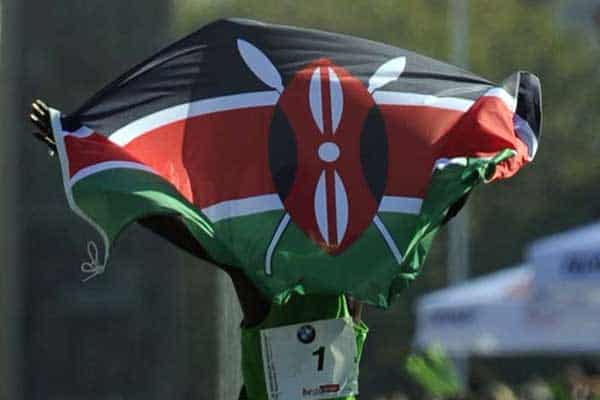 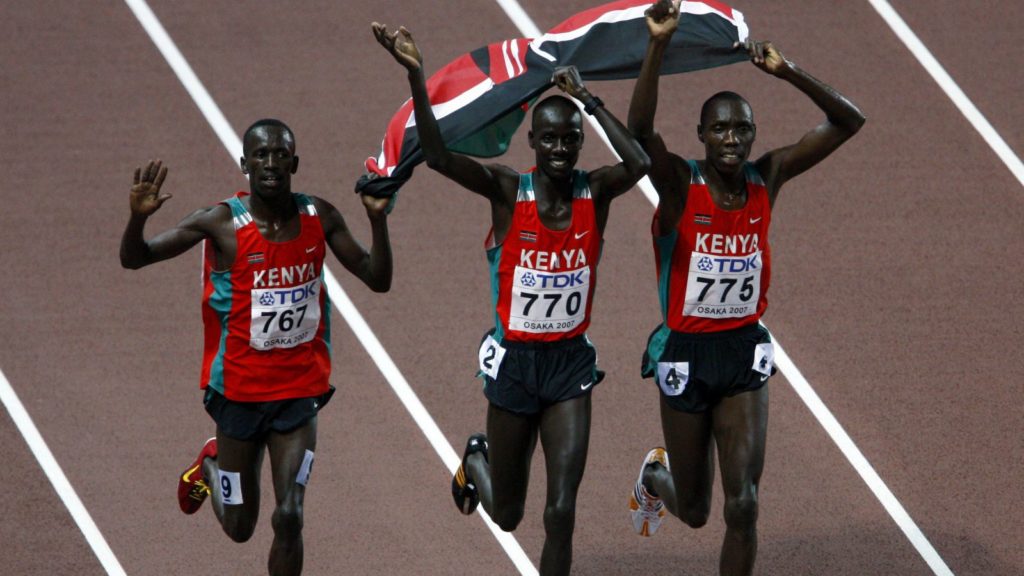 Top 10 Facts about the Kenyan Flag

A flag is an important distinctive badge of a nation. The Kenyan flag is quite unique and most recognized all over Africa and the world, thanks to our extraordinary athletes.

Flags are quite symbolic, the colors and patterns used to design a flag tell a story of the country. It is a symbol that when flown makes the people of a nation proud.

The current Kenyan flag has remained unchanged since the country gained independence from the British in 1963.

Before independence, Kenya was using the Union Jack flag between 1895 and 1963, while under the British Rule.

Here are some top 10 facts about the black, red, green and white stripes on the Kenyan flag.

1. The Four Colors have a meaning 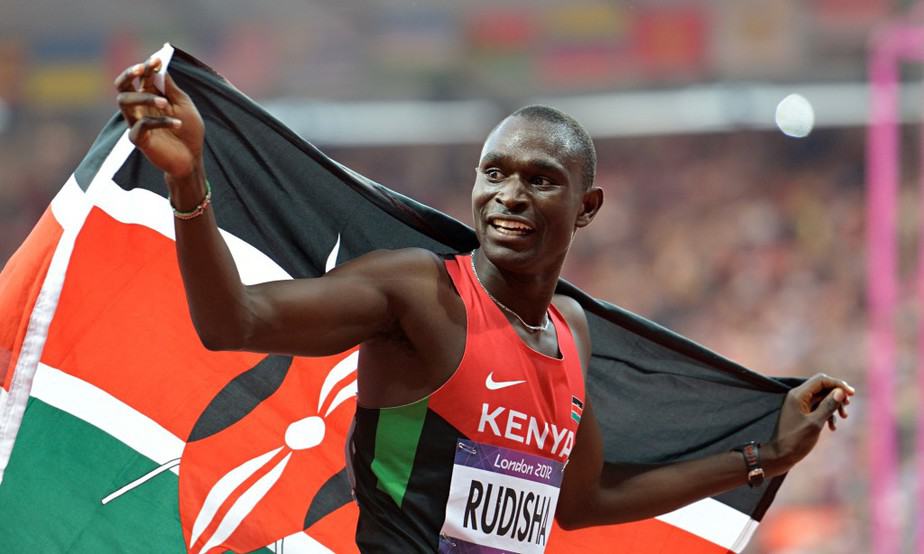 The Kenyan flag is made up of four colors and a warrior’s shield and two crossed spears.

The shield and two spears on the flag represent the defense of freedom by the people of Kenya. This concept was borrowed from the Masai people in Kenya who carry spears and shields.

The four colors have meaning too; Black, which is the top color represent the people of Kenya.

The middle color red, represents the blood that was shed to gain independence from the colonizers.

2. The tricolor concept was borrowed

The Kenyan flag was designed when the country gained independence in 1963.

The design of the flag and the colors were borrowed from the flag of the first Kenyan political party, KAU.

Since Kenya was an Anglophone colony, it adopted the horizontal tricolors that included the colors green blue, black and white.

3. The flag colors and design were altered to fit the new independence

As mentioned above, the flag of Kenya was once an emblem of a political party.

After gaining independence, the leadership of the country saw it fit to retain the ruling party’s flag colors but with alterations to represent the country’s freedom.

4. You have to stand at attention whenever the Flag is raised or lowered 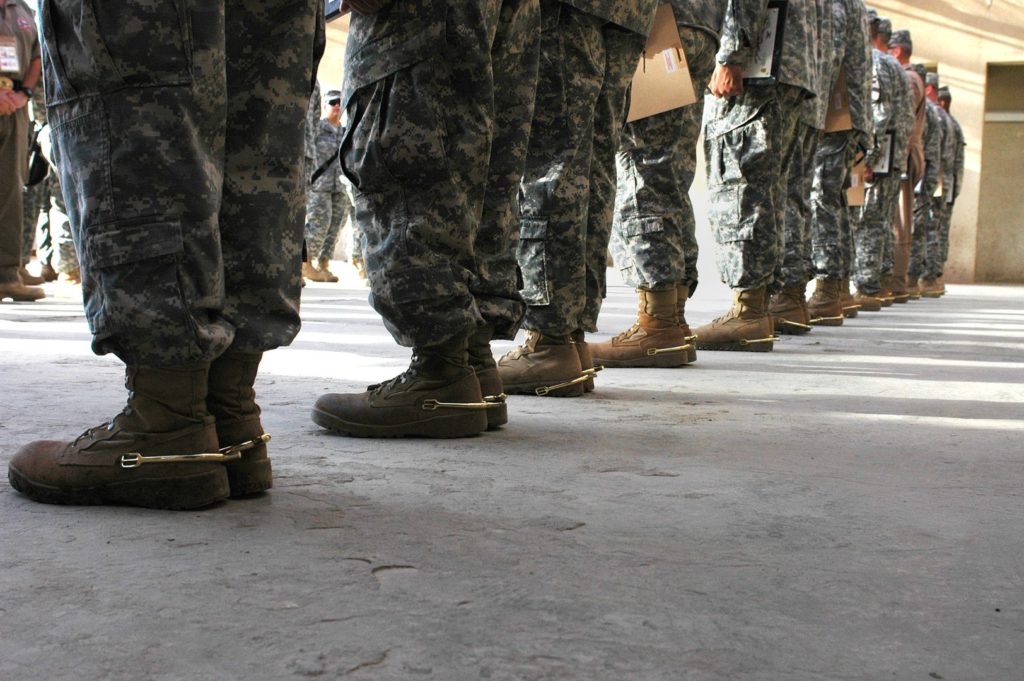 Whenever the Kenyan flag is about to be hoisted or lowered, the whistle is blown to alert anyone within hearing distance to stop and stand at attention.

This is a symbol of respect for the country and the freedom fighters that lost their lives for independence.

In the past, anyone caught violating this law was arrested and caned for disrespecting the flag.

5. Not anyone can raise or lower the flag

It’s also important to note that only the military in government buildings and boy scouts or girl guides in schools are allowed to raise or lower the flag.

In primary and secondary schools, the flag is raised twice a week; on Mondays and on Fridays.

The flag should never touch the ground as that is a sign of surrender and must be folded and handled in a particular way by two scouts.

Any civilian caught lowering the flag, is arrested for disrespecting the flag and for lacking authority to touch it.

6. All the lines on the flag are equal-sized

The four colored stripes on the Kenyan flag are equal-sized. Three major strips on the flag, black, red and green, must be of equal width.

The colors must appear in order, from top to bottom, black, red and green. The three colors are then separated by narrow white strips, with a symmetrical shield and white spears positioned centrally.

7. The Kenyan Flag has to be raised during public holidays

During the regime of the second president of Kenya, the late president Daniel arap Moi, every building owner in the city and in shopping centers around the country were required to put up the national flag outside their buildings on the eve of public holidays and remove them at the end of the holiday.

After he handed over power, the constitution of Kenya was changed to allow only the president and the minister in charge of the defense ministry to make regulations dictating the occasions to display or raise it.

Currently, only government establishments raise the flag on public holidays. It is optional for other business and building owners.

8. Most Kenyans wear bracelets with the colors of the flag

As a sign of pride, patriotism and loyalty to their country, most Kenyans can be spotted wearing beaded bracelets on their arms with colors of the flag on it.

The country’s president Uhuru Kenyatta, deputy president William Ruto and many other leaders also wear them. It has also gained global traction as some celebrities have been spotted wearing them too.

9. It is against the law to use the image of the flag on apparels

The image of the flag of Kenya is free to use. But the Kenyan law requires that any person that intends to use it respect the creative expression and original creators of the image.

It is also against the law to use the flag or a resemblance of the flag for as an advertisement for any trade, on clothes, manufacturing or importing goods bearing the image of the flag.

10. It is a crime to fly the national flag on your car

No civilian in Kenya is allowed to fly the Kenyan flag on their car. It is considered a criminal offense and can get a jail term not exceeding six months, fined an amount not exceeding five thousand shillings ($50) or both.

The only people allowed to fly the flag on their motor vehicles in the country are; the president, deputy president, the chief justice, speaker of the national assembly and the senate, cabinet secretaries, the attorney general and Kenyan diplomats only when abroad.