10 Facts about the Spanish Inquisition 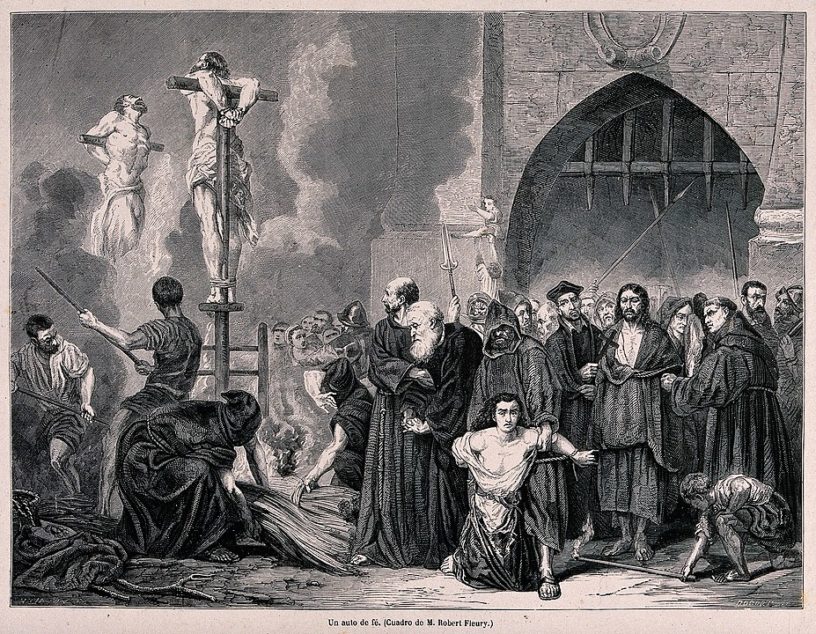 An auto-da-fé of the Spanish Inquisition by Bocort after H.D. Linton - WikiCommons

10 Facts about the Spanish Inquisition

There are dark sides to every country’s history, and Spain is no exception. You’ve likely heard of the Spanish Inquisition before, but do you know what it actually was and the real history behind it? If not, you’ve come to the right place. Below, I’ve chosen the 10 most important facts about the Spanish Inquisition to help you understand the institution. 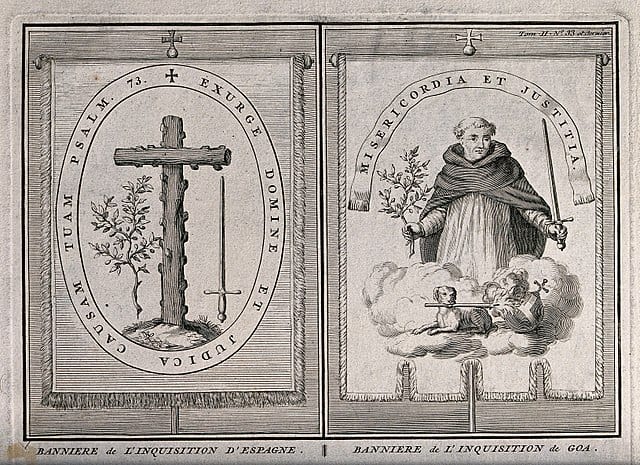 If you’ve taken a European history class, you already know a little bit about the Spanish Inquisition. Its full name is The Tribunal of the Holy Office of the Inquisition, and it was established in 1478 by two Catholic monarchs, Ferdinand II of Aragon and Isabella I of Castile. I’ll fill you in on these two a little later on, but just keep them in mind.

The Spanish Inquisition was intended to maintain Catholicism in the two kingdoms of Aragon and Castile, but as you’ll read, the idea quickly spiraled out of control.

2. The Spanish Inquisition was headed by the Roman Catholic Church 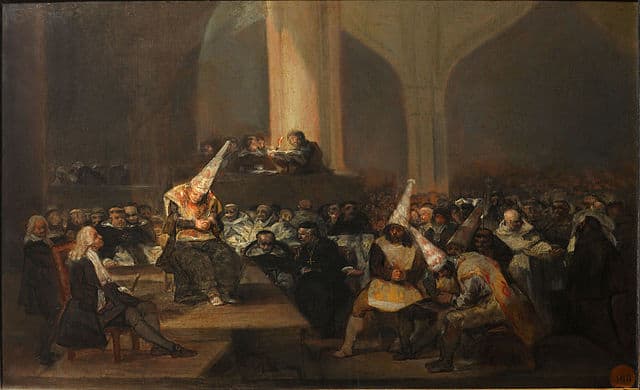 The Inquisition Tribunal as illustrated by Francisco de Goya – WikiCommons

Along with Ferdinand and Isabella, the Roman Catholic Church were the original masterminds behind the Spanish Inquisition. The Roman Catholic Church had already conducted several “inquisitions,” or “inquiries.” The driving force behind these inquires was to catch and capture heretics, question them about their loyalties, and, depending on their answer, either release them or banish them from their communities. Spoiler alert: if you weren’t Catholic, you were considered a heretic.

3. Spain was multiracial and multi-religious when the Spanish Inquisition began 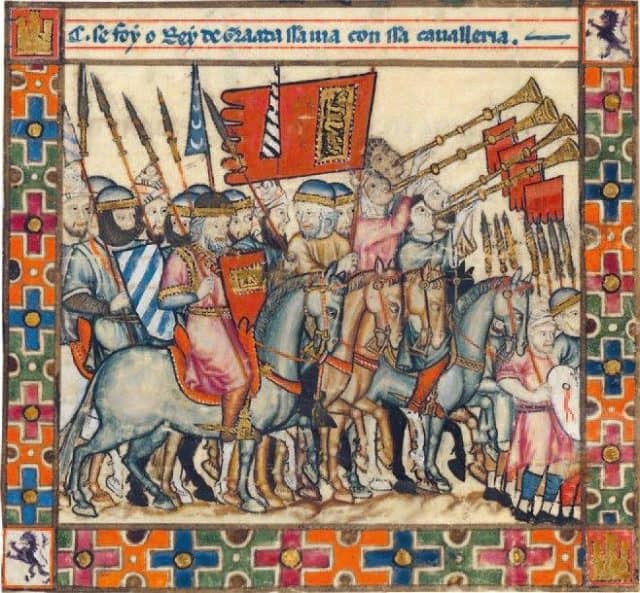 Depiction of the Moors in Iberia, from The Cantigas de Santa Maria – WikiCommons

Contrary to the rest of Medieval Europe at the time, Spain was a multiracial and multi-religious country in the 13th and 14th centuries. In addition to Catholics and other Christians, there was a high Jewish and Muslim population. In fact, from the 8th century until the 15th, the Moors, or Muslims, ruled the Iberian Peninsula (Spain and Portugal).

Christian nations had been trying to expel the Moors from the Iberian Peninsula for centuries under a campaign known as “Reconquista,” which means “Reconquest” in English. The campaign succeeded when in the late 15th century, the last Moorish kingdom in Spain was conquered. This would help fuel the fire and inspire the Spanish Inquisition, which coincidently (or not) began in the late 15th century as well.

4. Once married, Ferdinand II and Isabella I furthered the Spanish Inquisition 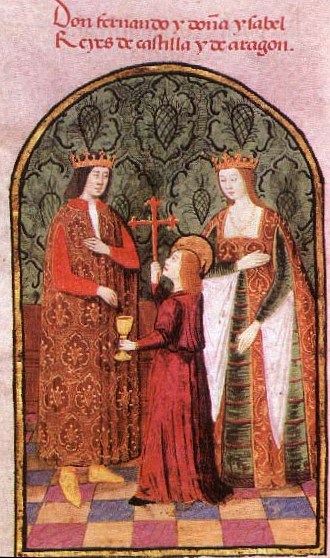 Ferdinand II and Isabella I – WikiCommons

Ferdinand II and Isabella I were always allies in the fight against non-Christians in Spain, so it only made sense that they marry and unite their two kingdoms, Aragon and Castile. The couple was nicknamed the “Catholic Monarchs” and their union also meant the union of two people who wanted to see Spain completely Catholic.

The Roman Catholic pope, Pope Sixtus IV worked closely with Ferdinand and Isabelle to further the Spanish Inquisition. He issued a papal decree which stated that the monarchs had the right to name “inquisitors,” or people willing to enforce the Inquisition, to expel Jewish people from Spain. At this point, the real focus was on getting as many Jewish people out of the country as possible.

5. The Spanish Inquisition was extremely violent and discriminatory 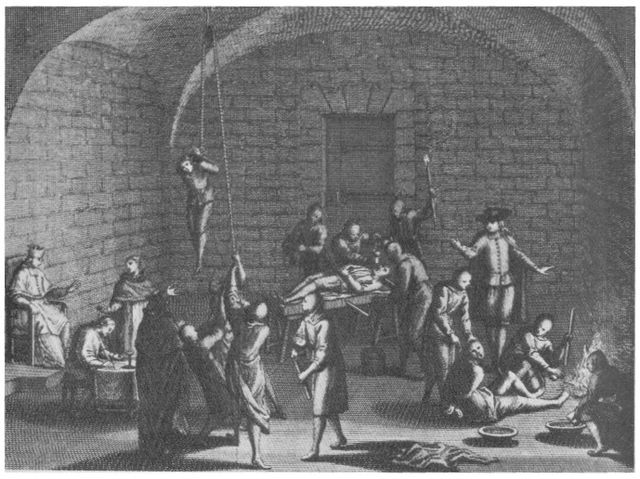 After the Moors were conquered, feelings of antisemitism and discrimination began to run rampant in Spain. This anti-Semitic mindset began under the reign of Henry III of Castile and Leon from 1390-1406 before the Spanish Inquisition even began. In 1391, riots against Jewish people called for baptism or death.

Many Jewish people were then in fact killed. And, those who did convert to Christianity weren’t to be trusted. Those who feigned conversion but still practiced their faith in secret were the more dangerous group, according to the Inquisition. Today, historians estimate that nearly 150,000 people were persecuted in Spain during the Spanish Inquisition and up to 5,000 were killed.

Even Pope Sixtus thought things were being taken too far and called for Ferdinand and Isabella to stop the violence. When the monarchs saw how much power the Inquisition could give them, they refused.

6. The Spanish Inquisition saw the creation of autos-da-fé 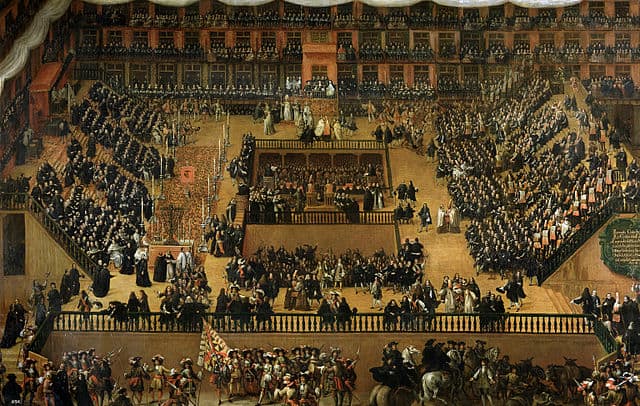 Much of the Spanish Inquisition was conducted in secret. Torture was freely used to get Jewish or Muslim people to confess to heresy, and there was a total lack of respect or human compassion shown by the inquisitors.

Autos-da-fé, which means “acts of faith” in Portuguese, was a public ceremony in which those condemned of heresy were read aloud in front of huge crowds. The ceremonies were loud, elaborate, and pompous, and usually involved music and parades. The condemned were forced to pledge allegiance to the Inquisition, and then they were carried off to be punished. As mentioned, some were punished with death, others with life in prison.

7. A grand inquisitor acted as the head of the Spanish Inquisition 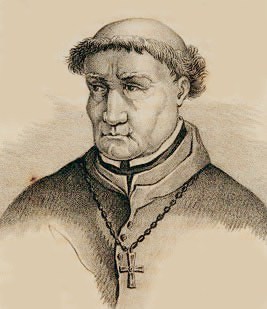 The pope authorized the Spanish government to name a “grand inquisitor” as the head of the Inquisition in 1483. This person had the right to hear appeals and to name deputies to work under him. He did this with the help of a council of 5 other men.

The first grand inquisitor was a man named Tomás de Torquemada. He was known for his violence, intensity, and lack of empathy.

8. Hundreds of thousands of Jewish and Muslim people were expelled from Spain during the Inquisition 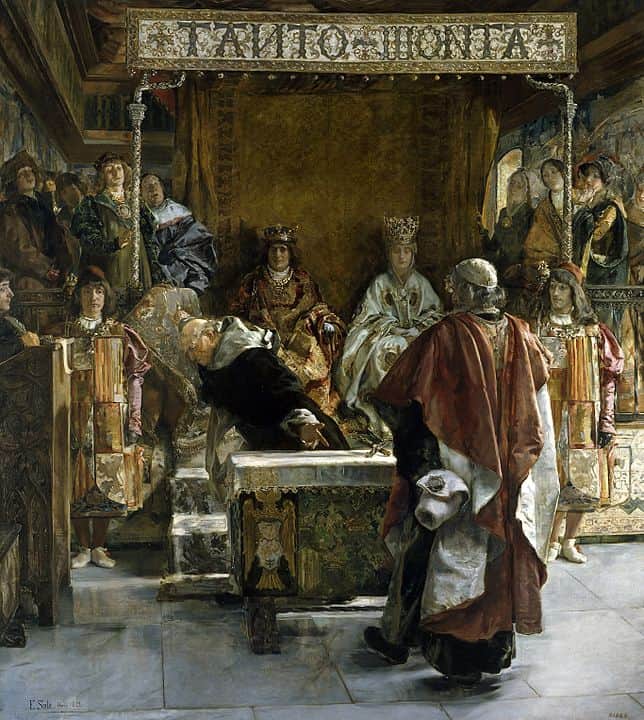 In addition to the 28 articles that Torquemada had published which outlined crimes that other inquisitors could investigate, how to torture the accused, and how to punish them, the grand inquisitor was the mastermind behind the Alhambra Decree.

Torquemada convinced Ferdinand and Isabella to issue the decree in 1492, and 160,000 Jewish people were expelled from Spain as a result.

Another grand inquisitor named Francisco, Cardinal Jiménez de Cisneros turned his attention to Muslim people in Spain. In 1609, Islam was banned in Spain and a few years later in 1614, 300,000 Muslim people were expelled from Spain.

9. The Spanish Inquisition eventually turned on the Roman Catholics 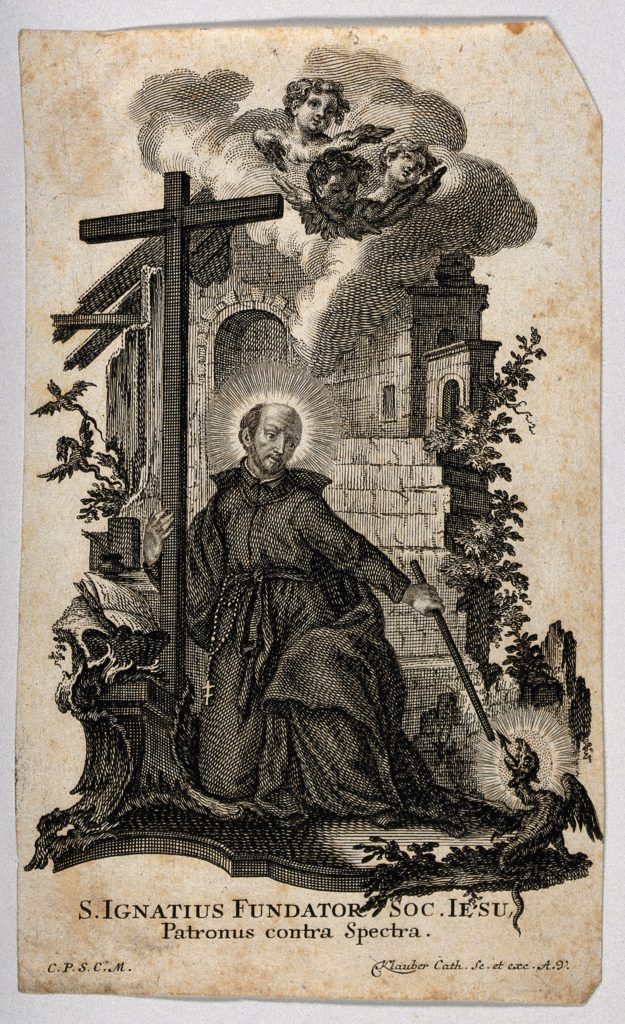 Like all movements gone awry, the Spanish Inquisition eventually turned on the Roman Catholic Church. Important members of the church like Saint Ignatius of Loyola and the archbishop of Toledo, Spain Bartolomé de Carranza were both suspected of heresy. Saint Ignatius was arrested twice, and Bartolomé de Carranza was put in prison for nearly 17 years.

10. The Spanish Inquisition was finally suppressed in the 19th century

After Torquemada was no longer grand inquisitor, much of the torture and more extreme methods of the Inquisition stopped. But, the tradition of auto-da-fé was kept in place until the mid-18th century. In 1808, the Inquisition was suppressed by Joseph Bonaparte, the King of Spain from 1808-1813.

It was restored again under King Ferdinand VII in 1814, suppressed again in 1820, and then restored again for the last time in 1823. The Spanish queen María Cristina de Borbón finally squashed the Spanish Inquisition for good in 1834.

I hope that you’ve found this article informative and that you better understand the Spanish Inquisition: what it was, why it occurred, and who suffered from it. It was a dark time for Spain for sure, and hopefully, a similar situation never occurs again.

If you want to learn more about Spanish history, I encourage you to look into our walking tours in Madrid! Click here to read about the options and to book a tour.