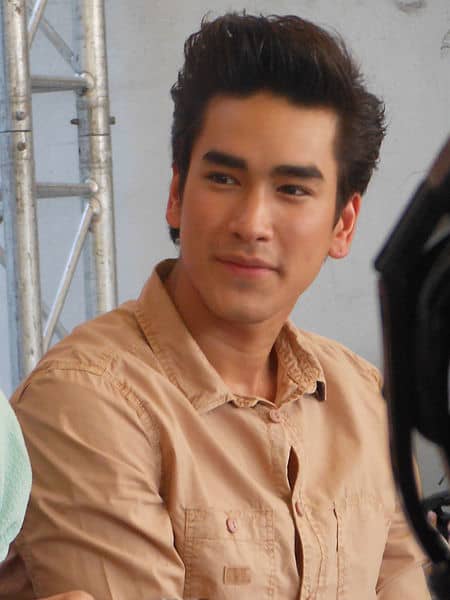 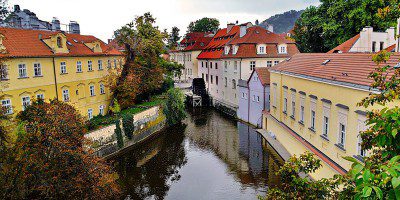 Things to do in Prague in September 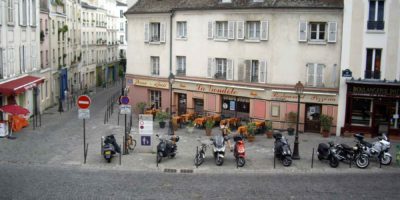 Best things to do in Paris Twentieth District 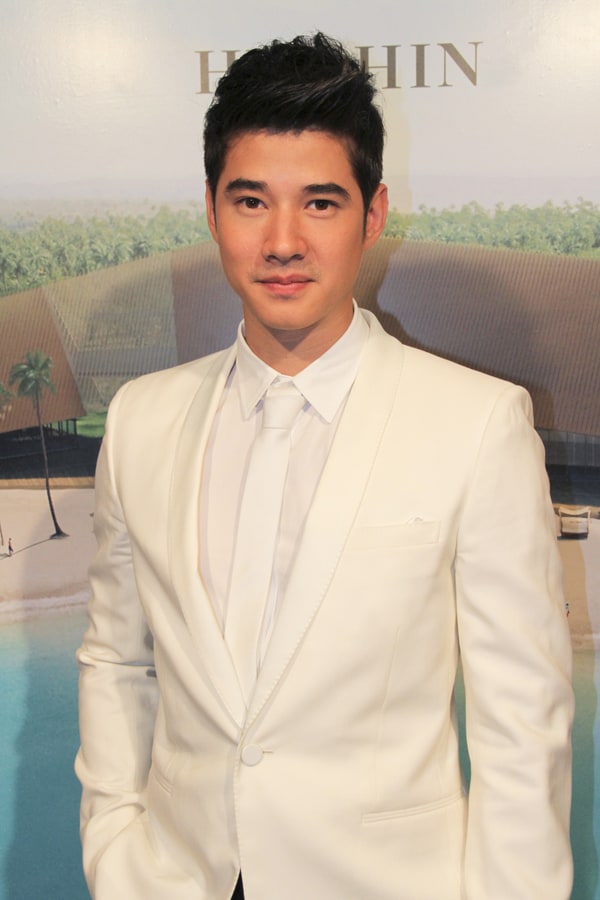 The ongoing media obsession in Thailand with drama, romance, and handsome or beautiful local celebrities dating both in and out of the public eye continues to pull in the viewers, followers, likes, and shares across the nation.

Over the last couple of decades, and especially in light of the social media and Instagram generation, some of the prevalent Thai actors and actresses have managed to boost their levels of popularity to previously unprecedented levels, with some of them at 10 million follower levels on Instagram and such like.

The majority of Thai actors who have become household names over the last decade or more have wisely been able to turn their hand to various pursuits along with acting, such as modelling, singing and becoming the faces of major advertising campaigns by major brands.

Like their counterparts the ‘superstar’ Thai actresses, these leading men have ensured that they remain very much in the public eye, which pretty much cements their success in any further endeavours.

Most of today’s popular Thai actors initially achieve their peak levels of fame  through minor roles, followed by more pronounced leading roles, in Thai drama series’ (lakorns) which endear them to the hearts of many a twenty or thirty-something media consumer.

The army of admirers and young fans seemingly then becomes so enamoured with their every move that they decide to follow them across various other forms of media, further boosting their appeal and popularity.

Although the world of celebrities is somewhat fickle, and popularity often comes and goes, here is a list of some of the most popular and well-known Thai actors of recent times.

Nadech Kugimiya is a very well-known Thai actor and model of Thai and Austrian descent. The fact that he was adopted by a Japanese man and his biological aunt after his mother died added to his appeal and mystique in the eyes of Thai media consumers.

Nadech also began his career as a model at the age of 17 before graduating into TV and film. Not just a pretty face though, and with educational qualifications being highly regarded in Thailand, he graduated from university with a Bachelor’s Degree in Communication Arts, majoring in Film.

His acting breakthrough came in 2010 when he made his debut after landing a lead role in a Thai drama called ‘Ngao Rak Luang. Nadech rapidly rose to fame and gained huge popularity after this, and subsequent other roles that followed after his initial success. This was further fuelled by the fact that he starred in a drama entitled ‘Game Rai Game Rak’ as alongside Thai supermodel and actress Urassaya Sperbund, who is also known as ‘Yaya’.

Nadech is now considered as one of the highest paid actors and celebrities in Thailand, and hence features as the face on a seemingly endless string of advertising campaigns. He is often referred to in Thailand as the ‘King of Presenters’, and as such has endorsed a wide range of major domestic brands such as Shopee, OPPO, 7-Eleven, Air Asia, Daikin, and TrueMove to name but a few.

He is certainly one of the most visible Thai actors in the media, featuring on everything from TV digital, print, and billboard advertisements. Not surprisingly, Nadech is one of the most decorated Thailand actors, having received more than one hundred awards which include’ Best Actor’  and ‘Best Presenter’.

Nadech can also be seen not infrequently on media listings of some of the most influential and popular people in Thailand, which is not completely unhindered by the fact that his girlfriend is Thai supermodel Yaya. 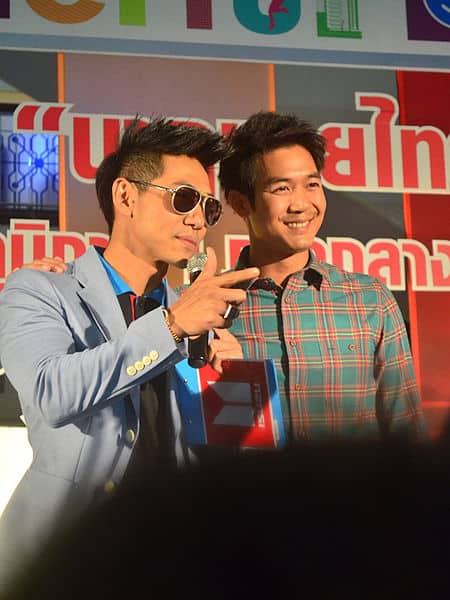 Image of Weir (far right) by 20180 sourced from wikimedia commons

Weir is a prominent Thai actor who features in the Thai media more often than not. He is seen in series’, films, advertisements, TV shows, and presentations.

He got into Thai show business at rather an early age, apparently through the efforts of his now manager, who spotted a picture of him and flew to his hometown of Khon Kaen with the intention of getting him interested in a career in the entertainment business. Weir was still in school at this point in time so had to get his parents’ permission to give it a go.

Weir soon got into the Thai drama scene and got a break with a series called Plik Din Su Dao.

To date Weir has appeared in more than 40 Thai drama series’ since 2006, five movies, and numerous TV commercials for major domestic brand names.

Since around 2006 when he first broke through onto the high profile Thai media scene, Weir has received an impressively long list of accolades that would add weight to the CV of many accomplished Thai actors, including ‘Male Superstar of the Year’, Viewers’ Favourite Male Actor’ and ‘Best Asian Actor’.

He has managed to boost his acting career by dating some of the female household names in acting who have been involved in the casts he has been part of such as Thai supermodel ‘Pancake’ and Bella Campen. 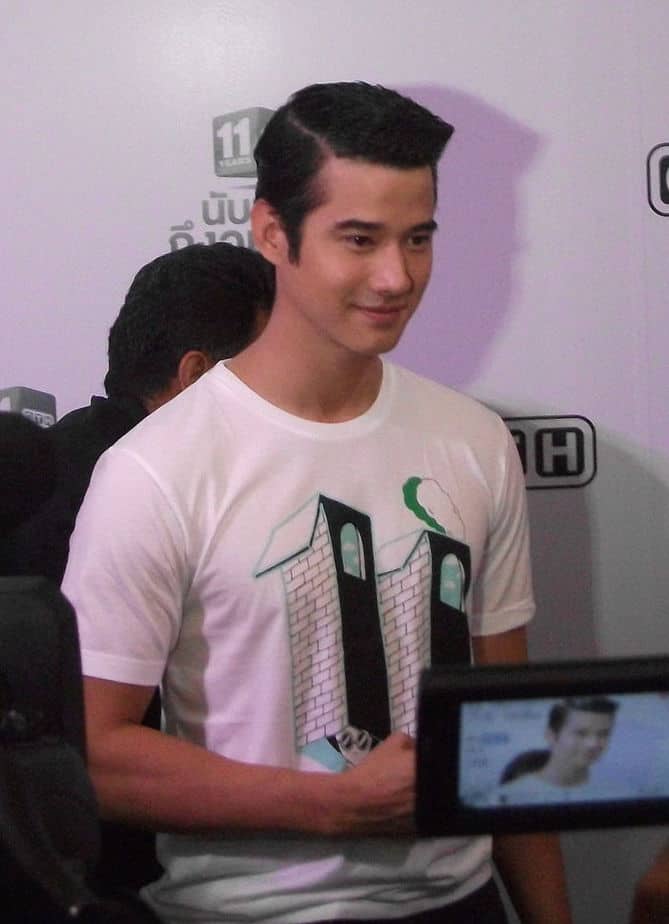 Mario Maurer is a well-known Thai actor and model. His distinct and well-loved look comes from the fact that he is of German and Chinese descent, and apparently his father chose an Italian name for him due to his penchant for Italian motorcycles.

When Maurer was 16 years old, he was approached by a scout near Siam Square in the centre of Bangkok to try out modelling. After a few successful auditions he started doing photo shoots, commercials and music videos, slowly increasing his public profile in Thai media circles.

Soon Maurer got into acting in Thai series’ and films. He first came to prominence for his lead roles in the film ‘The Love of Siam’ in 2007, and the hit ‘First Love’ in 2010. He also had a leading role in Thailand’s highest grossing film of all time, ‘Pee Mak’.

He has since featured consistently in the Thai media in some capacity or another, in TV dramas, advertisements, and as a presenter and TV host. Mario is part of a group called ‘4+1 Channel 3 Superstar’ along with other prominent faces such as Nadech Kugimiya, Prin Suparat, Pakorn Chatborirak, and Phupoom Pongpanu.

Like most Thai media celebrities, he is often the subject of gossip columns and such like which, for some reason, are incredibly popular in Thailand. The fact that he has been involved in high-profile relationships with Thai actresses and models might have something to do with this. 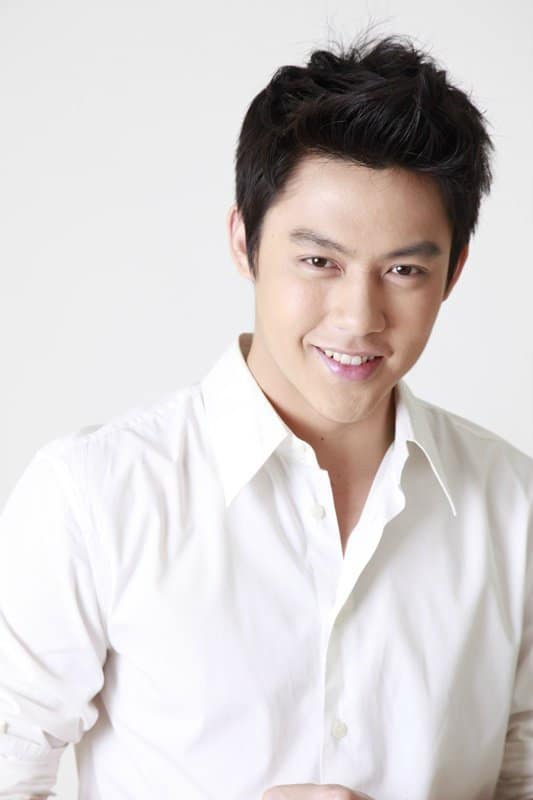 Prin Suparat, also known as ‘Mark Prin’, is one of the recent breed of Thai actors and models who has managed to firmly entrench himself in the culture of Thai drama series’.

He has, like many before him, had something of a long reign in popular Thai dramas. He was born in the north of Thailand and is now 30 years old, and notably is the partner of the Thai actress and model Kimberly Anne Woltemas, who played his on-screen sweetheart when they both featured in the same series. The couple later married among much media glitz in 2018.

His break into the entertainment arena began after he was by a talent agency manager working for Thailand’s Channel 3. Since then he has starred or featured in more than twenty Thai drama series over the last decade, along with two movies and a variety of TV shows.

His notable roles that led to ‘Thai superstardom’ were in 2015 (Ab Ruk Online), 2010 (Thara Himalaya) and 2016 (Buang Athithan), although he is still very much prevalent in the ongoing Thai drama scene, most notably this year’s ‘My husband in-law’ on Channel 3.

Also an ambassador for many a brand name, including but not limited to Honda, Oishi, Tipco, Samsung, and I-Mobile, this Thai actor has unsurprisingly also been the recipient of a variety of accolades and awards. These include ‘Hottest Male of the Year’, ‘Couple of the Year’ (with his wife) and ‘Most Popular Foreign Actor’ in Korea. 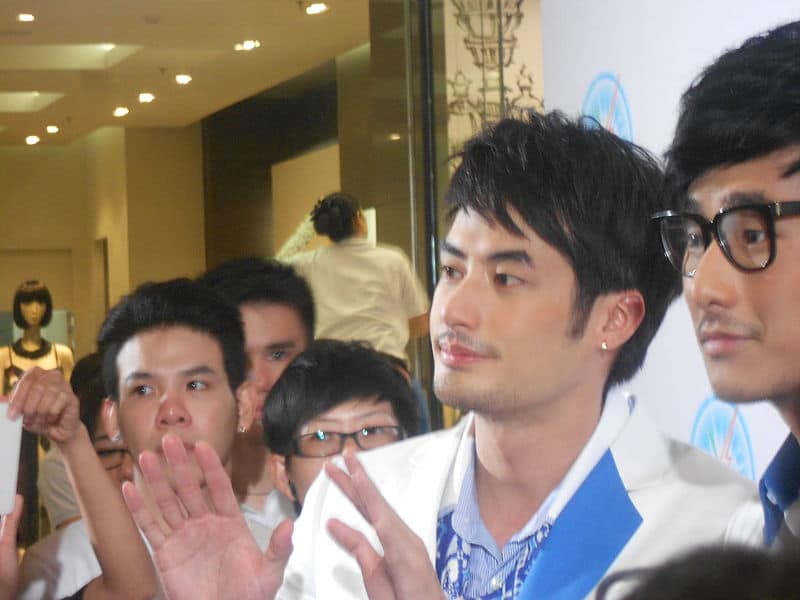 Boy Pakorn Chatborirak has been a popular Thai actor and model for the last decade or so. Like the majority of Thai ‘superstars’, he is of mixed parentage, and comes from a Thai- Chinese family.

Pakorn also started his media career as a young model, and started to get noticed as some of his photographs appeared in magazines. He then moved into what would turn out to be a long stretch of acting in Thai mini-series’, dramas, and eventually commercials.

His acting career proper began around 2009 when he appeared in a popular Thai drama. He has been pretty consistent in this particular genre until the present, and he has also featured in a handful of movies as well as having his voice featured in an animated cartoon.

Chatborirak actually graduated from university as a pharmacist, and as such has been chosen to represent many public projects related to the industry. He has won a wide range of various accolades across the years including the CLEO award for ‘Most Eligible Bachelor’, and has endeared himself to his huge fan base through his endless participation in charitable pursuits such as building houses for the poor schemes, and forestry and elephant-themed causes. 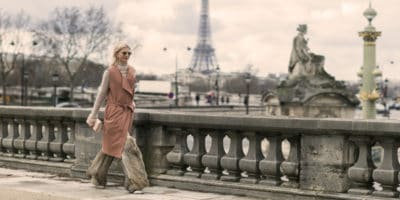 How to dress for a summer walk in Paris