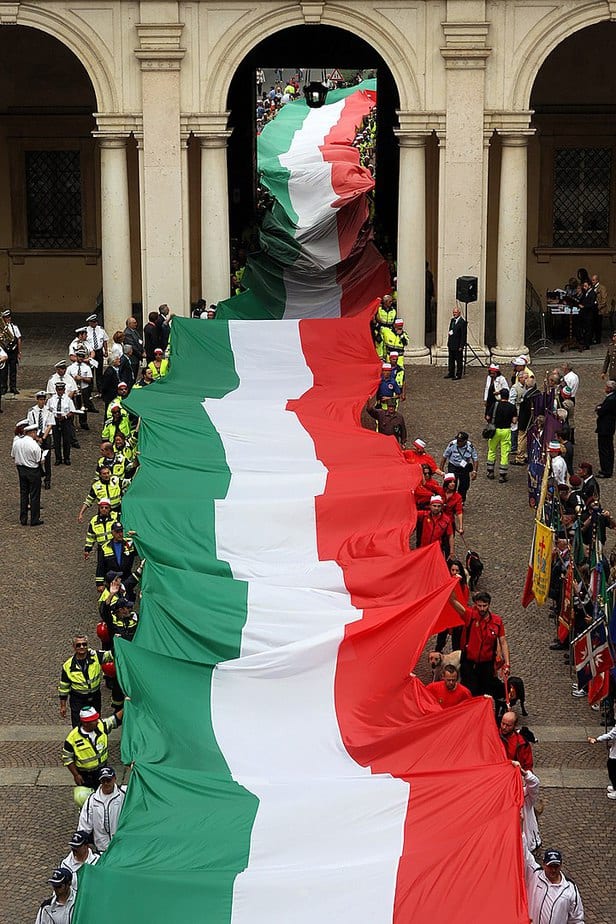 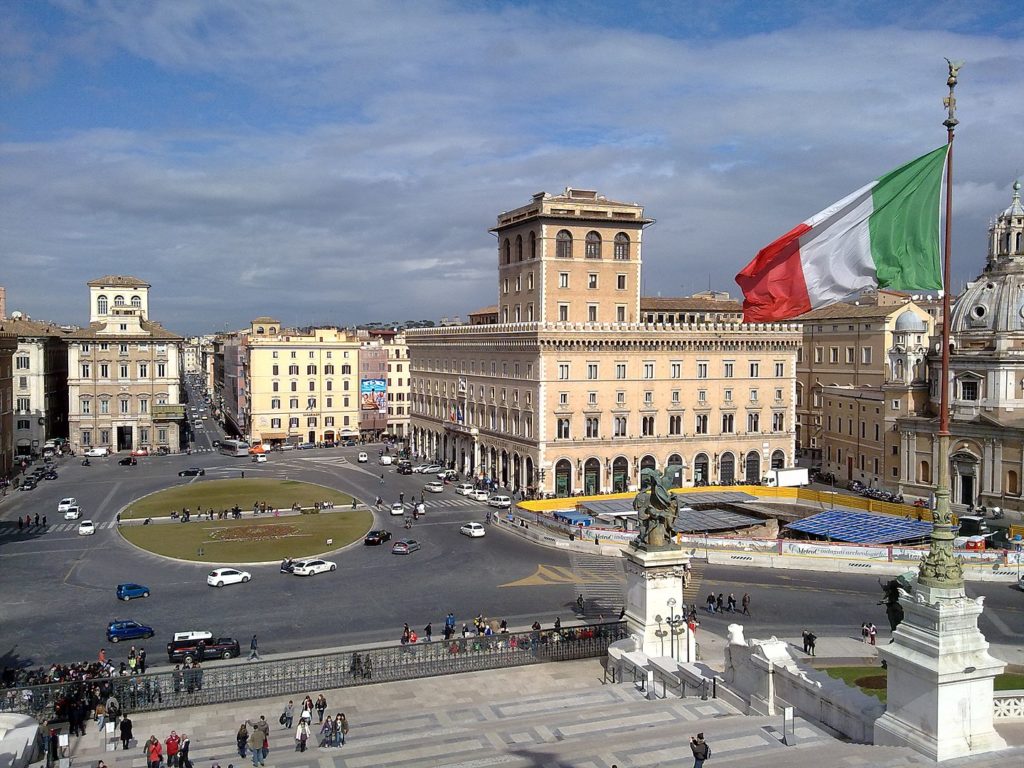 Italy is a lovely place to visit for vacation and has interesting things to do. As the Democratic Republic, the Italian flag holds a special place in defining the culture, and symbolism of the country.

The Italians are so proud of their flag that their food, clothes, shoes, salads and gelato all adorn the colours of the Italian flag.

It is quite evident that the Italians are proud of their flag and you will probably take notice of this on your next visit.

Let us now look at the top 10 interesting facts about the Italian flag.

1. The three colours of the flag have meaning

The Italian flag is tricoloured with vertical stripes, it is Il Tricolore in Italian. The three colours on the flag are pale Green, White and Red. Green represents hope, White represents faith and Red represents charity.

The three stripes on the Italian flag are all equal in size. When hoisting the flag, the green stripe is always placed nearest to the flag post.

There are other European countries as well as African countries that share a similar flag. These countries are Ireland whose flag is longer and the colours are green, white and orange.

Mexico has a darker shade of red and green with a coat of arms on the white stripe. Cote d’Ivoire has the reverse of the Italian flag, Orange, white and green.

2. There is a national day to celebrate the Italian Flag 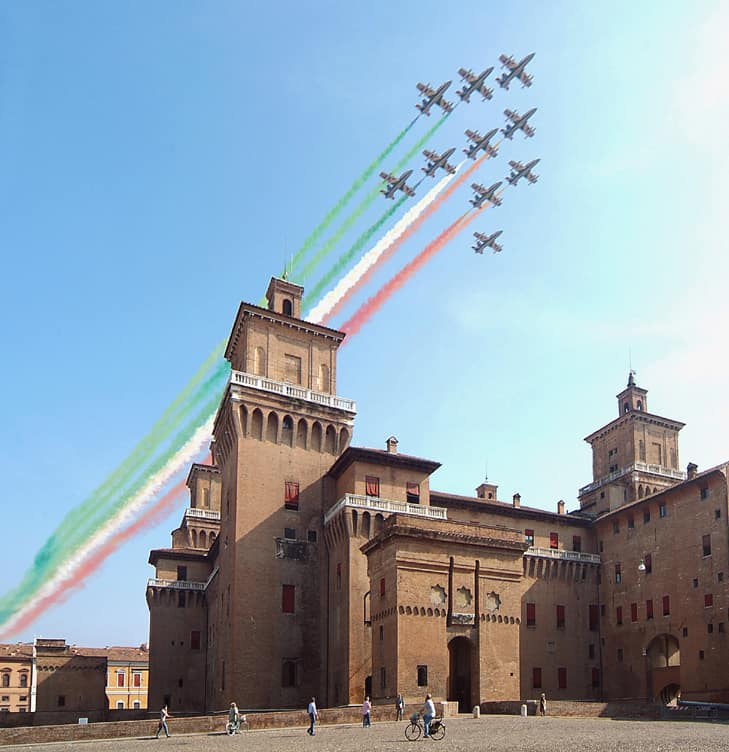 The national day to celebrate the Italian flag is known as the Tricolour Day. This day as the name suggests, is dedicated to the flag as prescribed by the law.

This day was established on the 31st of December 1996. The celebration is held annually on January 7. The purpose of the day is to remember the official adoption of the tri-colour as a national flag.

Part of the celebrations is realizing that the Italian flag holds the longest tricolour history. This broke the record and was entered into the Guinness World Record.

Adoption of the flag colours was in 1797 by the Cispadane Republic which was part of the republic of Revolutionary France. These colours on a tricolour cockade were first seen in Genoa on October 1789.

The colours of the Italian flag were first adopted by the military in 1796. The Lombard Legion used the colours as a military war flag.

It was later flown for the first time as a civilian flag in 1797. The flag had the coat of arms and a crown at the centre of the flag. This flag became more popular and was soon the most important symbol of Risorgimento.

In 1861, there was a royal decree from the Kingdom of Italy to make the tricolour cockade a national flag.

The flag was under the Cispadane Republic which had its territory in the North of Italy. After Italy became a republic in 1946, it adopted the tricolour flag minus the coat of arms.

4. The colours were inspired by nature 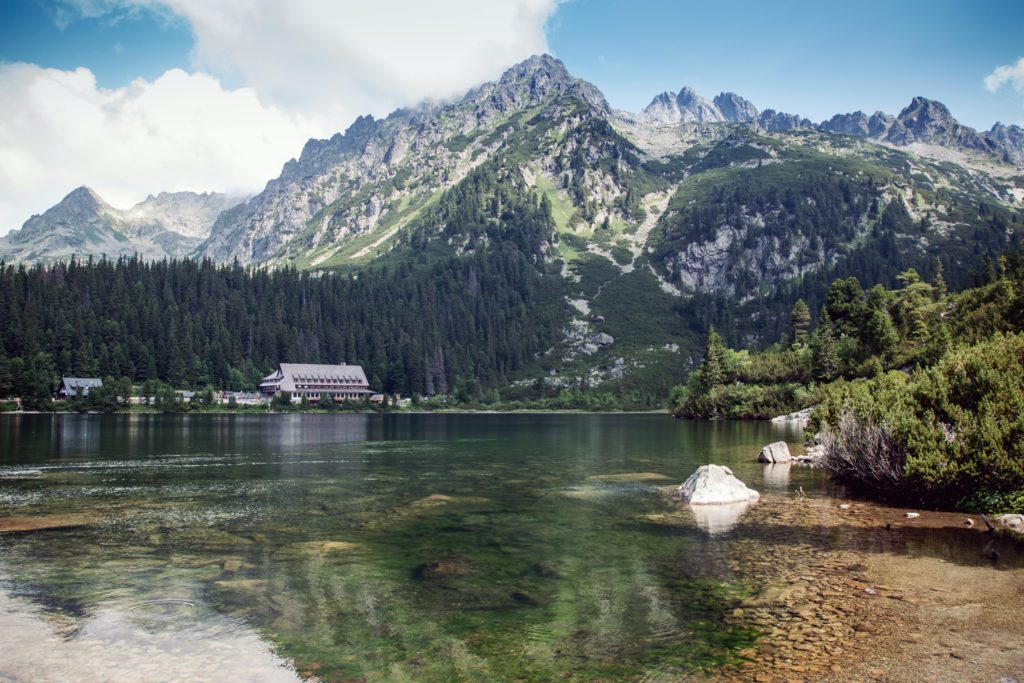 Photo by Marek Levák on Unsplash

You already know what the three colours of the Italian flag are, what we are yet to find out is what inspired that choice. The Green colour is believed to have been borrowed from the Mediterranean Maquis.

The Catholic church, on the other hand, has its interpretation. Theirs is based more on philosophy, they believe that Green inspires hope, White inspires faith while Red inspires charity.

5. The Italian flag was partly inspired by the French Flag

The Italian tricolour, just like other tricolour flags, is inspired by the French one. The French flag was introduced by the revolution in 1790 and would be flown on French navy ships.

After the French revolution, due to the influence of Jacobinism during the Revolution; Italy began to embrace social innovation based on the Declaration of the Rights of Man and the Citizen in 1789.

Since France was a pioneer, Italian Jacobins designed their flag after the French one.

6. A former Italian President tried to change the colours 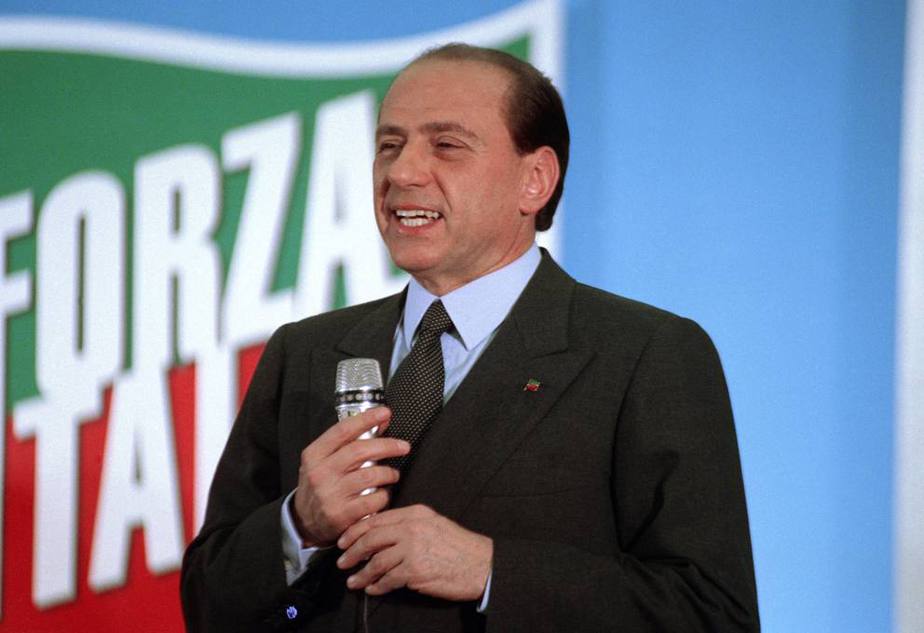 The Italian people take their flag’s colours very seriously and are proud of it. So, it was not a surprise that they turned down the idea of revamping the national flag.

Former President Silvio Berlusconi, at one time, attempted to introduce a subtle change of colour. Italian citizens accused him of an attempt to commit a chromatic coup d’état.

Not only were the citizens displeased with this idea but the politician became furious too. A referendum was to be held to allow Italians to choose the right shade. It was cancelled because there was no way it would have passed.

7. The first time the Italian Flag colours were used

According to history journals, the first documented trace of the use of Italian national colours was on 21st August 1789. The archives indicate that this happened in the Republic of Genoa.

Those that witnessed the use of the colours mentioned that the demonstrators would pin the flag on their clothes.

8. The Italian flag during ceremonies and football tournaments 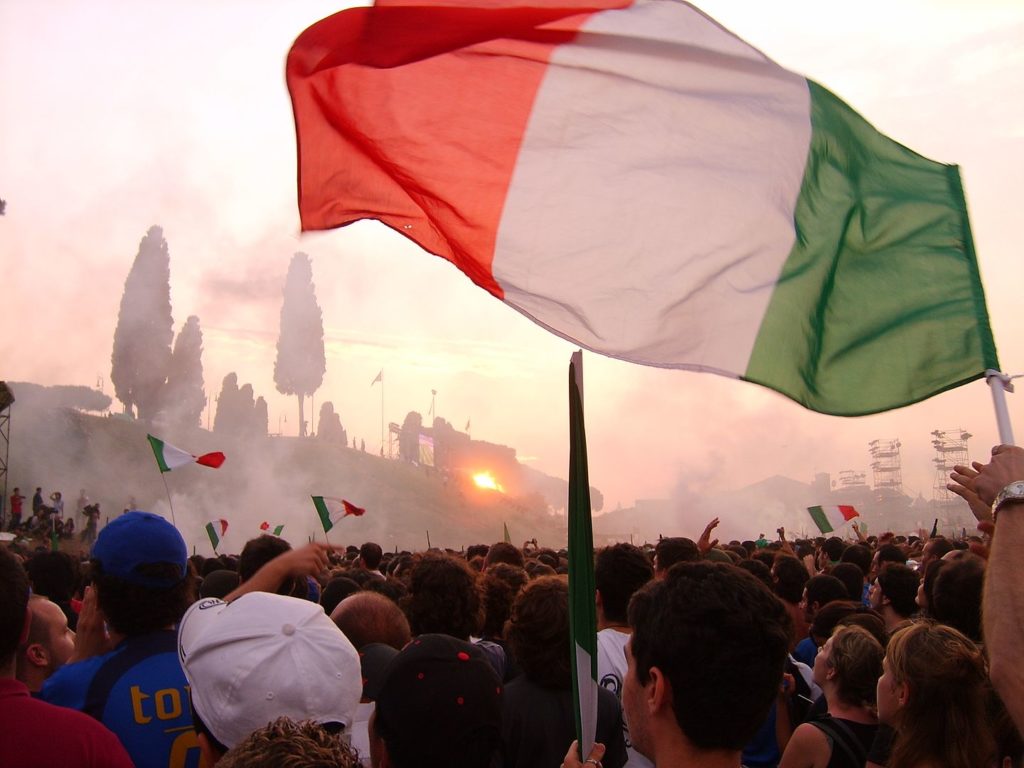 Just like many countries, the national flag is flown during ceremonial occasions and on government buildings. Italians, on the other hand, are not big on flying the flag at their houses or in the garden.

The only one time you will see an Italian proudly waving their flag would be during football season and their team is winning.

They would have the flags hang from their windows, fly from their cars and wrapped around supporters.

9. Italian food inspired by the colours of the flag 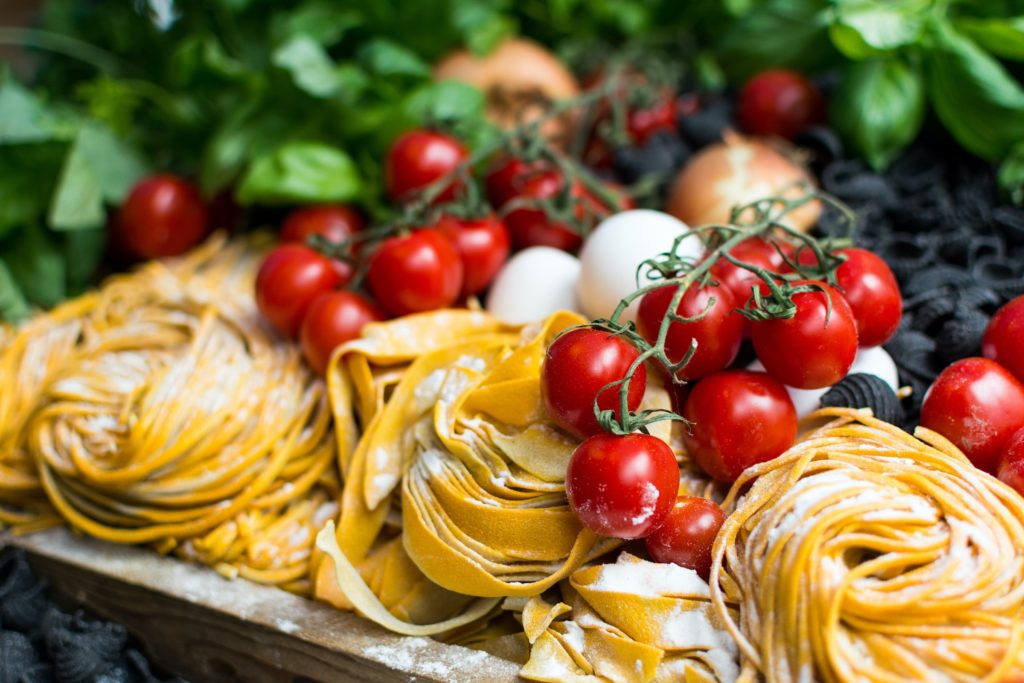 Photo by Jakub Kapusnak on Unsplash

When you visit Italy, you will notice how colourful their food is. Italians are proud of their country such that they ensure they pay ‘homage’ to it.

You can get an ice cream scoop in the colour of the flag, Pizza, salads and on football. You will see many people waving the flag during football matches, designed on clothing’s, and during civic and private events.

On food, you can see the colours on Pizza Margherita. It has red tomatoes, white mozzarella cheese and fresh green basil.

This pizza was first made in Naples during queen Margherita’s visit. Caprese salad is also in the flag’s colours.

Give it a try when you next visit Italy.

If you’re in Italy and would like to take a piece of the country with you, visit their souvenir stores. The flags can be found in these shops and outside football stadiums during matches.