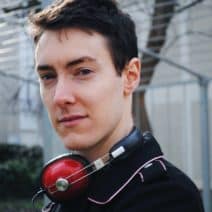 Alexis is a born and bred Parisian who lives at the foot of Montmartre, the beautiful hill were the impressionists once lived.

An accomplished linguist, Alexis studied Nordic languages at the Sorbonne university. He then became a full time tour guide to reconcile his passion for talking endlessly about Paris with his need to constantly uncover new hidden secrets the City of lights has to offer.

During his tours, if you ask him where to find the latest techno event or the best falafel in Paris, you won’t regret it!

When he is neither working nor dancing in the capital’s hottest clubs, you can find Alexis in the gardens of the Swedish Institute enjoying a coffee and a cinnamon bun.