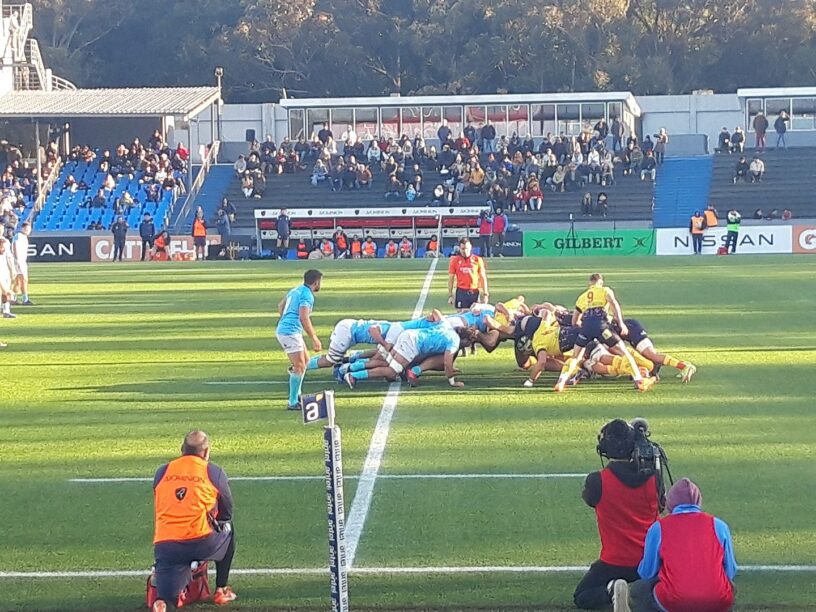 A Rugby Tournament. By NaBUru38. Wikimedia 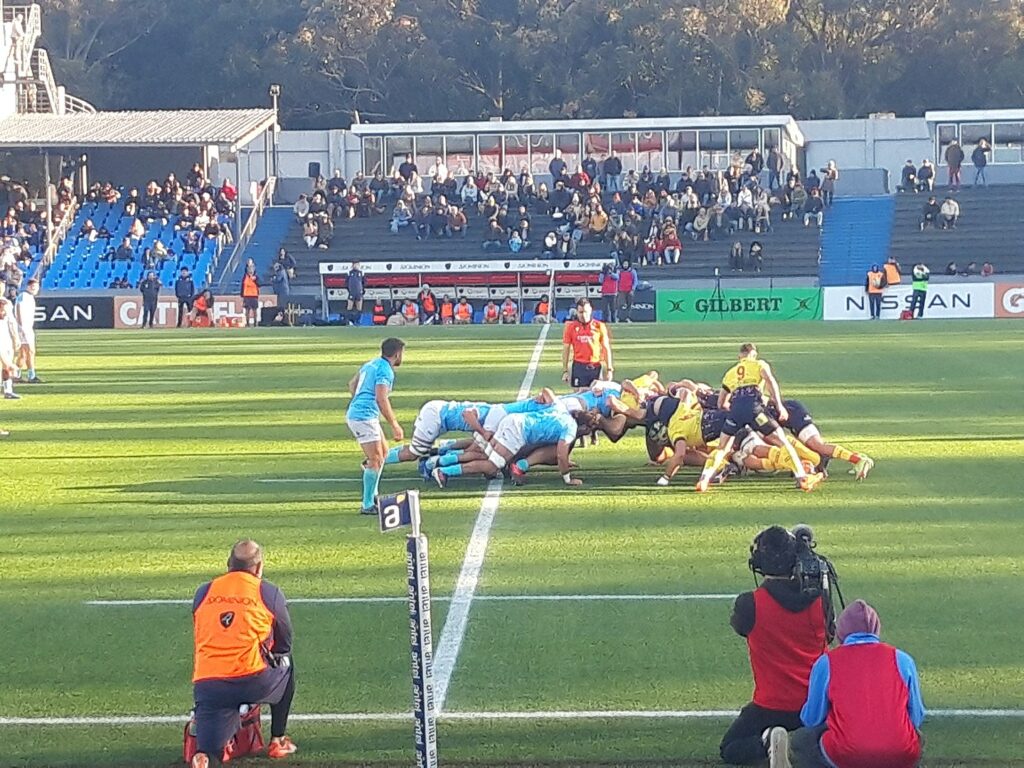 A Rugby Tournament. By NaBUru38. Wikimedia

Rugby, like any other sport, is governed by a referee. A referee serves as an independent candidate who ensures that players maintain top-notch discipline and that justice is served during matches. Some referees have made a name for themselves by officiating rugby matches, whether in domestic leagues or international competitions. It is our custom as Discover Walks to provide you with a variety of sports and general information. This article will look at some of the referees who have been dubbed “famous referees of all time.” Let us take a look; 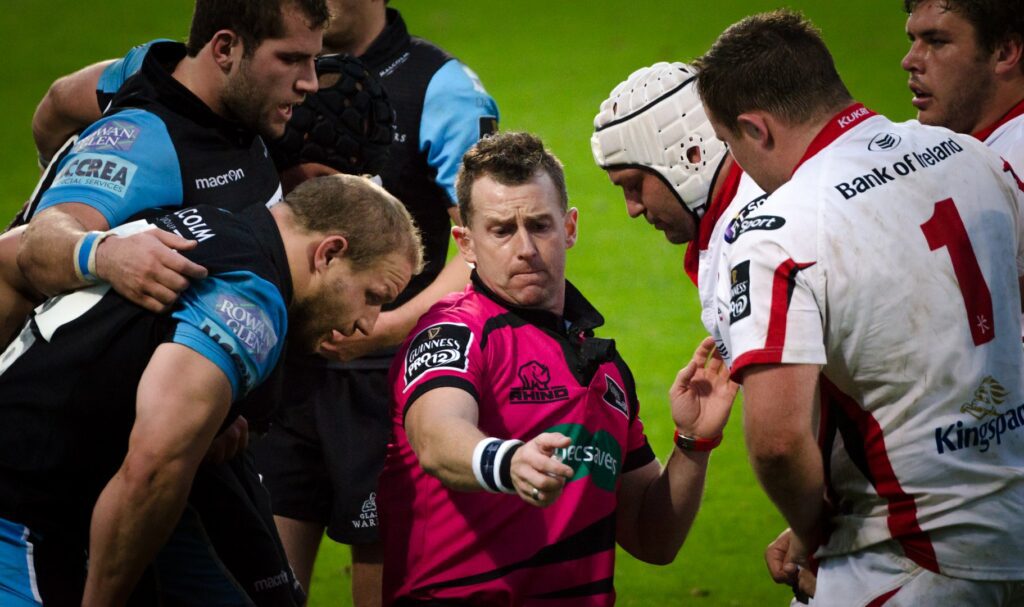 He is a Welsh former international rugby union referee who retired after a 17-year career in December 2020. He currently holds the world record for the most test matches officiated and is one of five international referees registered with the Welsh Rugby Union as professionals.

Career as a referee Owens began refereeing in 1987, after his sports teacher, John Beynon, suggested it after a school game. At the age of 16, he played in an under-15s match between Carmarthen and Pembrokeshire.

Between 2002 and 2005, Owens was a regular referee on the International Rugby Board World Sevens Series circuit. He has also officiated at other major competitions.

Owens will referee his 100th international match on November 28, 2020, in the Autumn Nations Cup match between France and Italy. He announced his immediate retirement from international service two weeks later.

READ ALSO ABOUT FAMOUS RUGBY COACHES OF ALL TIME

The Clydach whistleblower spent 16 years at the top, including 11 World Cup games over four tournaments.

His big game in the inaugural event in 1987 was New Zealand v Fiji, while in 1991 he was in charge of the Scotland-Samoa quarter-final and the final when the Wallabies beat hosts England at Twickenham.

Four years later, Argentina faced France in the last eight, the Wallabies faced the Springboks in the semi-finals, and the All Blacks faced Tonga in their pool.

READ THE BEST RUGBY PLAYERS OF ALL TIME

The Bristol whistleblower presided over 41 major Tests and three World Cups. He made his debut in the 1991 tournament, with Scotland’s victory over Japan being his most high-profile match, before breaking through in South Africa four years later.

He oversaw the Wales-New Zealand Pool game, the France-Ireland quarter-final, and the most iconic World Cup final in history, in which the Springboks defeated the All Blacks.

In 1999, the All Blacks faced Scotland in the quarter-finals after refereeing hosts Wales’ defeat to Samoa in the Pool games.

It would never have gotten better if we had left him off the list. Kaplan spent 17 years at the top of the international game, competing in the World Cups in 2003, 2007, and 2011, before retiring two years ago.

In his first World Cup as a coach, Kaplan oversaw three Pool games as well as the quarter-final match between France and Ireland.

From 1995 to 2003, he reffed three World Cups, but perhaps the Limerick-born official made headlines for all the wrong reasons when a drunk South African fan ran onto the pitch and assaulted him during a Tri-Nations match between South Africa and New Zealand in Durban in 2002.

He oversaw the Springboks’ tense World Cup match against Canada in 1995, when he showed red cards to former Newport players Gareth Rees and Rod Snow for the Canucks and Springboks front-rower James Dalton.

The most important of his six World Cup matches in charge came four years later when he oversaw Scotland’s 35-20 quarter-final play-off victory over Samoa. 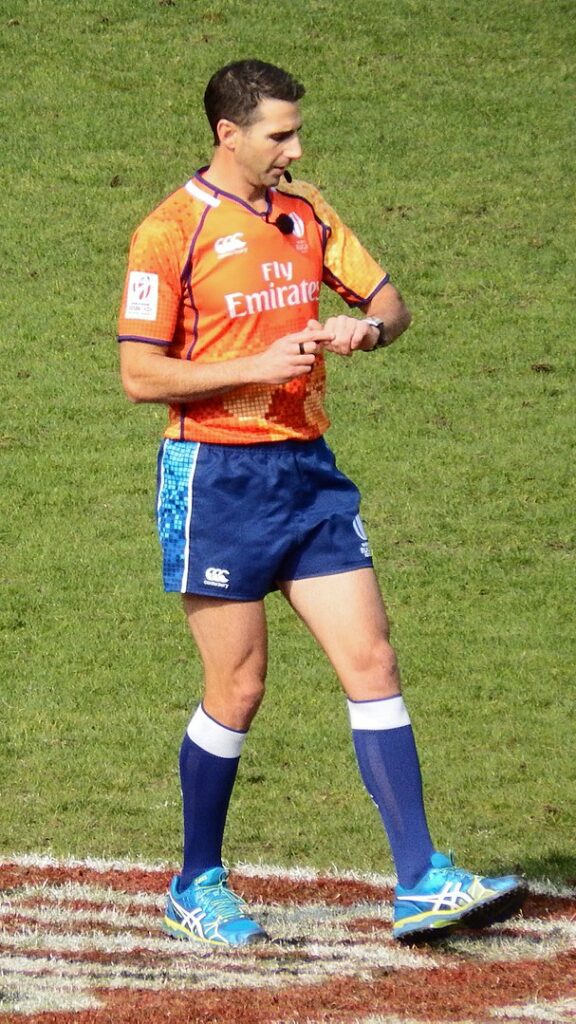 Joubert proved his worth by expertly handling the nerve-wracking Rugby World Cup 2011 showpiece between New Zealand and France. That match was unquestionably the pinnacle of a stellar career that included 69 tests.

Joubert, a man for the big stage, has also officiated in several Super Rugby finals. He retired from 15s rugby in 2016 but remained active in the HSBC World Rugby Sevens Series until 2018 when he blew the final and 200th whistle at the London Sevens. He is now a Referee Talent Development Coach for World Rugby.

Romain, 44, celebrated his tenth anniversary as a Six Nations referee two days before Ireland v Wales match in round two of this year’s Championship.

After that match, former World Rugby Player of the Year and Ireland captain Johnny Sexton said, “he was brilliant to deal with,” emphasizing the respect that elite players have for him.

The former Toulouse police detective is one of the few referees to ever yellow card All-Black great Richie McCaw, which he did in a Bledisloe Cup match at Eden Park in 2014. 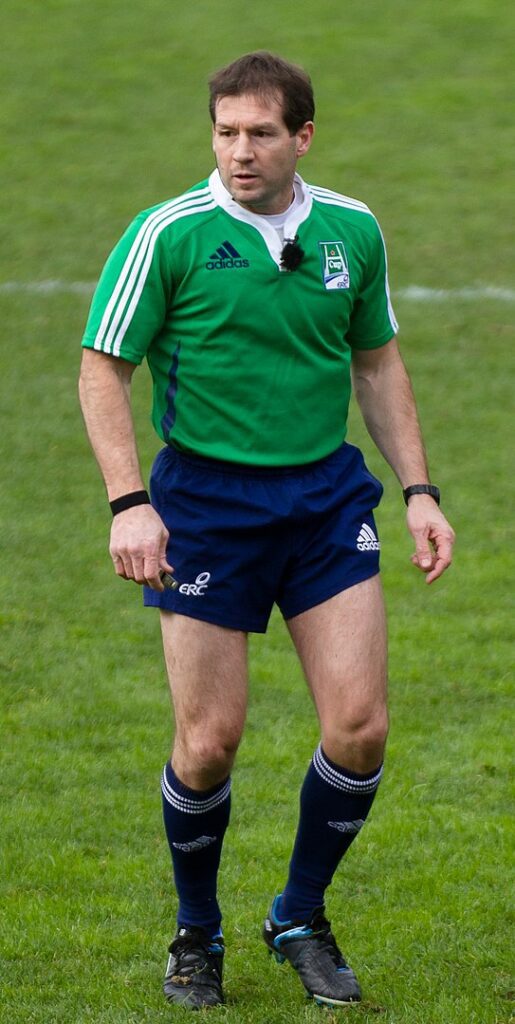 Alain Rolland is one of the few people who has reached the pinnacle of rugby as both a player and a referee. Before taking up the whistle at the turn of the millennium, the Irishman had three caps for his country and played 40 times for Leinster.

In 2007, he officiated the Rugby World Cup final as well as three Heineken Cup finals. Rolland took charge of his final test match in February 2014.

Wales defeated France in Cardiff and has since risen to the position of World Rugby High-Performance 15s Match Official Manager.

He was an avid rugby player as a teenager until he was diagnosed with Scheuermann’s Disease [a hereditary disc condition].

He officiated the Super Rugby final in 2018, and the following year he was named World Rugby’s Referee of the Year.

Barnes, who has a strong personality, had the courage to send off Dylan Hartley during the 2013 Premiership final, and he is not willing to accept negativity from players who are posing for penalties.

Barnes will take the whistle for Scotland’s trip to Dublin in Round 5 of the 2022 Six Nations, his 98th Test match and 16th in the Championship, bringing him closer to a century of international appointments.

The whistleblower also works as a barrister on the side. “On Monday and Tuesday, we’ll do reviews and training as a referees group,” he said of his weekly schedule. On Wednesdays, I try to spend the majority of my time in the town’s chambers. Then it depends on how the weekend looks.