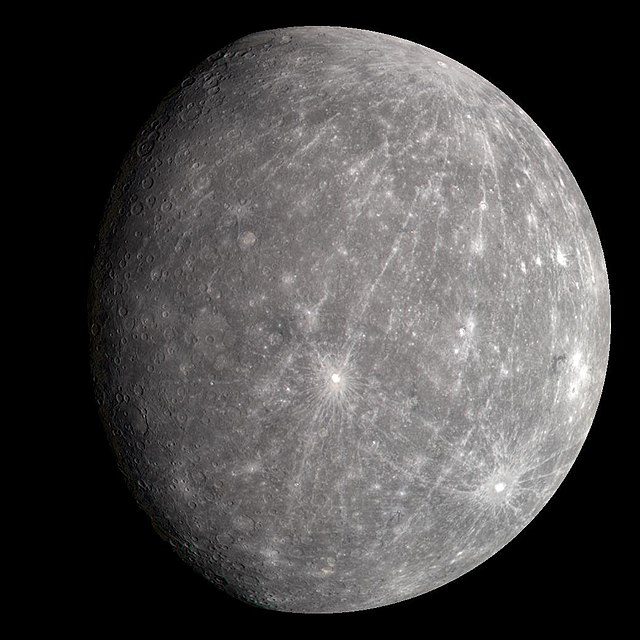 Mercury is a little quirky. The planet is the fastest in the solar system. Yet it is very slow to rotate on its axis. So a complete rotation happens every 59 Earth days.
Moreover, one Mercury solar day which is a full day and night cycle is equal to 176 Earth days. To bring it home, we wait for nighttime to sleep on Earth. So how long would you wait to go to bed on Mercury? In case you are wondering whether a day on Mercury is 59 or 176 Earth days, read on to find out.
Sun is the solar system’s epicenter so a good grasp of the same is helpful. Read more here.
Here are 15 Interesting Truths about Mercury. 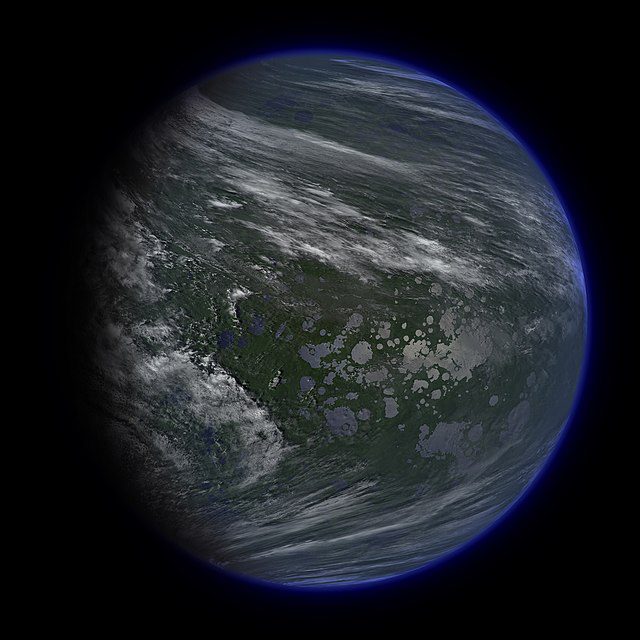 No planet beats Mercury in speed. It travels through space at almost 29 miles or 47 km per second. Thus it takes the shortest time to orbit the sun, only 88 Earth days. This is enabled by its high velocity and proximity to the sun, about 64.985 million km. So a Mercurial year takes 88 Earth days.

2. One Mercury rotation is 59 Earth days

This is affected by Mercury’s highly eccentric, egg-shaped orbit and closeness to the sun. Hence the sun’s gravity pulls on Mercury more than any other planet, slowing its speed on its axis. That leaves the planet to complete one rotation (one day) every 59 Earth days.
Furthermore, there are times when Mercury is closest to the sun at 46 million km. This point is called perihelion and aphelion when it’s furthest at 69.8 million km.
When the planet is closest to the sun, a rotation is not completed by sunrise and sunset which is the case on Earth or most other planets. So the morning Sun rises for a short time, sets, and rises again from some parts of the planet’s surface.
At sunset, a reverse process of the same happens for other parts of the surface. The result is one Mercury solar day (one complete day-night cycle) that takes 176 Earth days-a bit over two Mercury years.

3. Mercury has no seasons 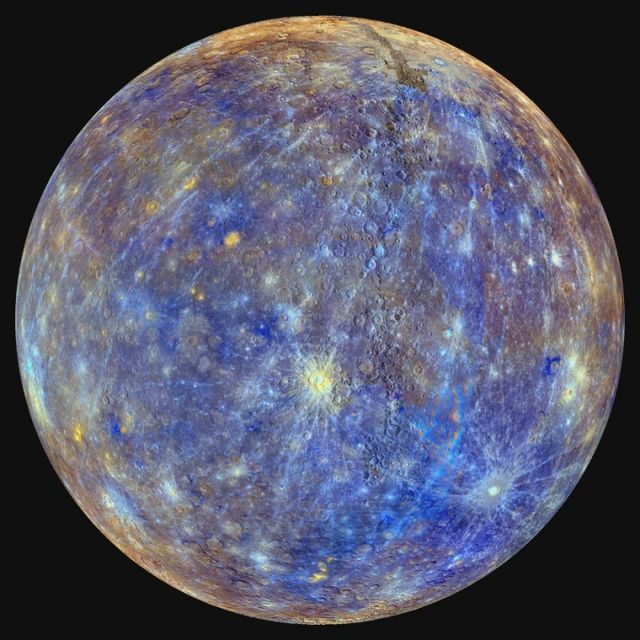 Seasons on planets are influenced by axial tilt and variable distance from the sun. Mercury’s axis of rotation is tilted at 2 degrees. It means that the planet spins nearly perfectly upright and so there is no way it can experience seasons as other planets do.
In comparison, Earth has a 23.4 degrees axis of rotation tilt. So as it zips around the sun, the seasons come about depending on which side faces or is away from the sun.
Read more about Earth’s seasons and more here, 15 Fun Facts about Earth.

4. It is the smallest planet

Mercury is the tiniest in the solar system. It is 4,879 kilometers across its equator while Earth is 12,742 km. You would need about 18 Mercury-sized planets to fit inside the Earth. Also, this planet is only a little bit larger than Earth’s Moon.
Additionally, it can be compared to the size of the continental United States. It’s also almost as wide as the Atlantic Ocean.

5. Mercury is quite dense

The planet is the second densest in the solar system at 5.43 g/cm³. It follows after Earth’s 5.51 g/cm³. Though small, Mercury has a high density because of its heavy iron core which amounts to about two-thirds of the planet’s mass.

6. Mercury is the second hottest of the planets 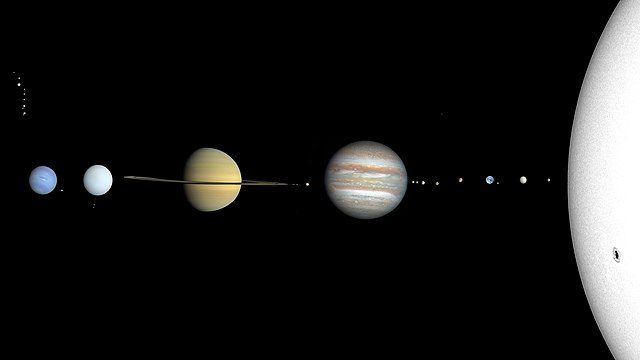 Closest to the Sun, this planet is expected to be the hottest in the solar system but Venus takes first place. Mercury has no atmosphere to regulate the heat that reaches it from the sun.
Subsequently, day temperatures go as high as 800°F or 430°C. Night time experiences temperatures dip as low as -290°F or -180°C.

7. Mercury survives with no moon

There is no moon on Mercury and Venus shares the same sentiments. It’s thanks to their closeness to the sun. According to scientists, moons on these planets would be in an unstable orbit and perhaps captured by the Sun. What’s more, they would be destroyed by tidal gravitational forces.
Read more about our Earth’s Moon.

8. It is a terrestrial planet

Like Venus, Earth, and Mars, Mercury is classified as a terrestrial planet according to the International Astronomical Union (IAU). This group of planets is also known as the inner planets and they belong in one category because they have a compact, rocky surface.

9. Mercury has many craters 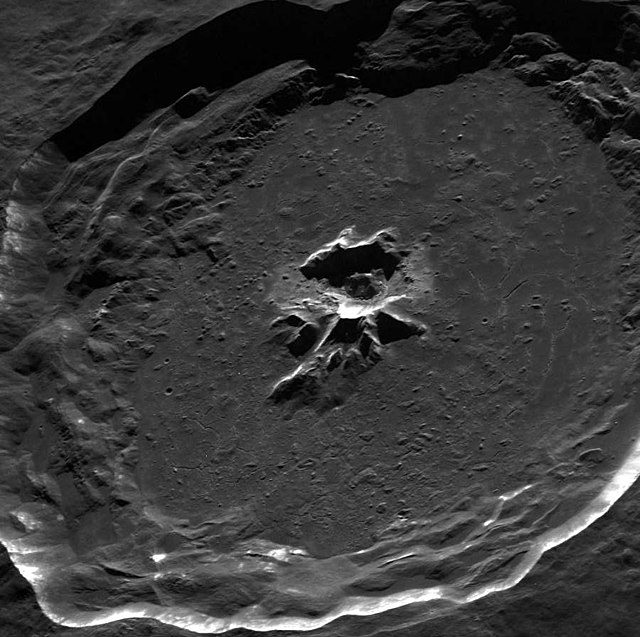 Degas crater on Mercury by NASA from Wikimedia Commons

The planet has over 400 named Mercurian craters as per 2021 NASA reports. Its thin or almost no atmosphere leaves the planet unprotected from space debris. So asteroids, comets, and meteor impacts are inevitable and responsible for the craters.
On top of that, Mercury’s surface resembles that of our Moon. Both Moon and Mercury lack liquid water on their surfaces to erode these impact craters over time. So they remain undisturbed after their formation.
Mercury’s most giant impact crater is Caloris Basin which is 1300 kilometers or 810 miles across (diameter). The craters are named after famous personalities like writers, artists, and more.

The Basin (crater) formed due to the impact of a large meteorite during the early formation of the solar system. In 1974, Mariner 10 flew by the planet and captured half the appearance of the crater since the other half was in darkness during that time.
Afterward, the name was suggested by astronaut Brian O’Leary. He was a member of the Mariner 10 imagery team. After the Messenger spacecraft mission (2011-2015), it completed the puzzle of the other half of the Caloris Basin image. It sent back detailed information about Mercury including its other craters. Until 2022 there remain only those two space visits to Mercury.
Mars is the most explored in our solar system. Find out how many times here, 20 Fun Facts about Mars. 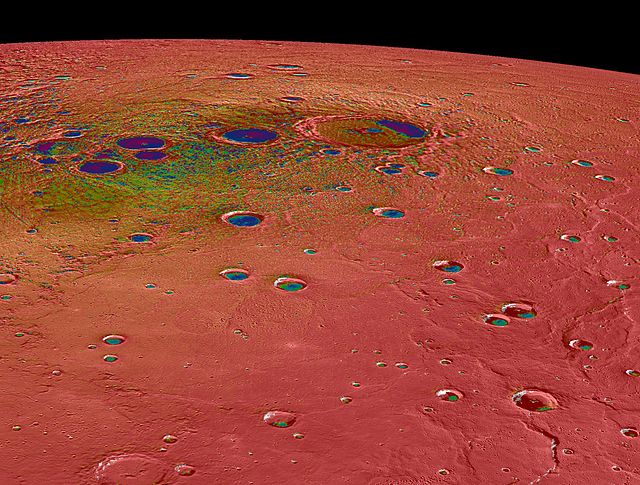 North pole of Mercury by NASA from Wikimedia Commons

The axial tilting of Mercury (earlier) blocks the pole regions from receiving sunlight. These zones are considered to be permanently shadowed, hence very cold. According to NASA, the ice trapped within these poles can survive billions of years. Observations reveal that Mercury’s poles are dominated by thick and pure ice deposits.

12. Mercury has no rings

Many of the planet’s rings are made up of rock, ice, and dust particles. Bear in mind there is no consensus on why Mercury has no rings. But planetary experts associate it with the close distance to the sun. Thus assume that if the rings consisted of ice fragments they would never survive the sun’s heat.
Saturn’s ring system is grand, check it out here.

13. There is no certainty when the planet was discovered

No one can be dogmatic about this one. Though scientists consider 1631 a significant event. This is when Thomas Harriott and Galileo Galilei observed Mercury with a newly invented telescope.

14. The name comes from the Roman messenger to the gods

Like all the other planets in the solar system except Earth, their names take after the Roman style of naming. The Romans highly regarded their deities and believed they controlled everything on Earth. So Mercury was named after the Roman messenger for their gods. 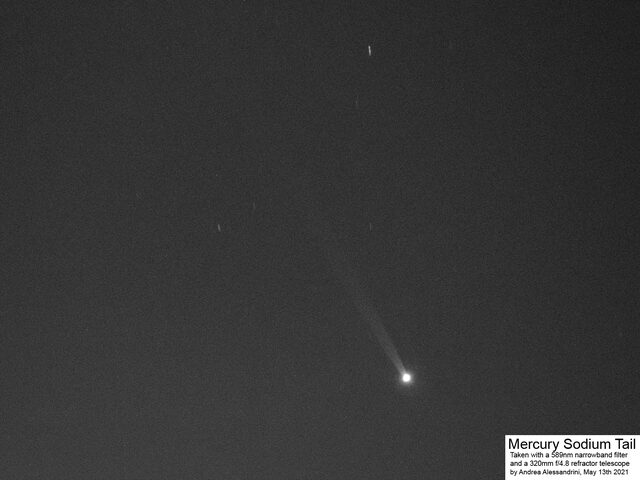 Under observation, Mercury appears to have a fuzzy streak stretching from it. Scientists say that Mercury’s atmosphere has little amounts of sodium. So sunlight liberates the sodium molecules from Mercury’s surfaces and pushes them away, forming the tail.
Over and above that, these sodium molecules in the tail are excited by light from the sun thus causing them to glow. Hence giving the tail the brightness that is seen under telescopes.
This tail was first discovered in 2001 but was earlier predicted in the 1980s. Later NASA’s “Messenger” spacecraft which orbited Mercury between 2011 and 2015 provided more details on the same.

16. Mercury is wrinkled– a result of the cooling and contrasting of the iron core, causing wrinkles (Lobate Scarps) on its surface.
17. No humans have gone to mercury, only robotic spacecraft.
18. There are no traces of life’s existence on Mercury.
19. Mercury is no candidate for future life harboring because of extreme temperatures, no atmosphere, and more.
20. The planet has volcanoes but they are no longer active.
You now have insights into the smallest planet, get to know Jupiter which is the largest planet, 15 Great Facts about Jupiter.