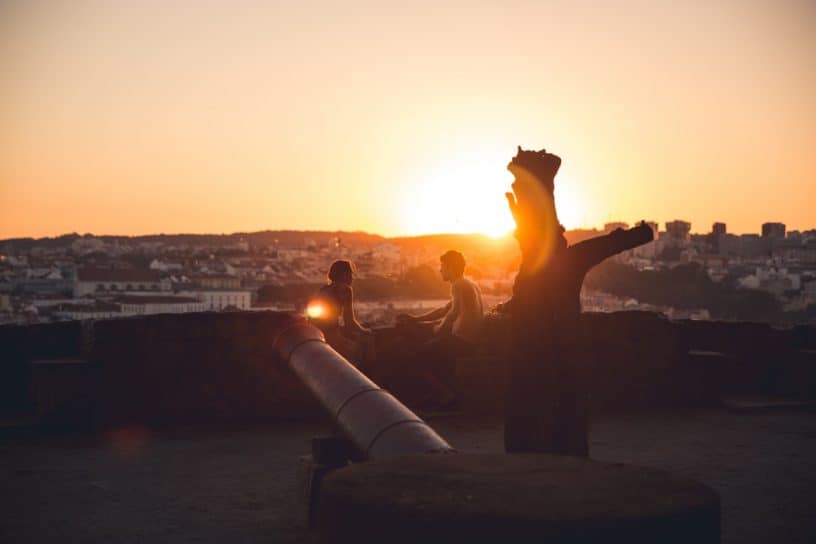 To Lisbon, or to Porto: a dilemma most first time travelers face when planning their visit to Portugal.

The two biggest cities in the country both hold their fair share of attractions that make either one a worthwhile stopping point. And in fairness, both Porto and Lisbon share very similar elements that make them more alike than often noted; the beaches… the architecture… the wine!

As gorgeous as the city of Porto may be, there is just something about the energy in Lisbon that brings me back every time. Something in the air that is dripping with the essence of Portugal and the history that it holds. 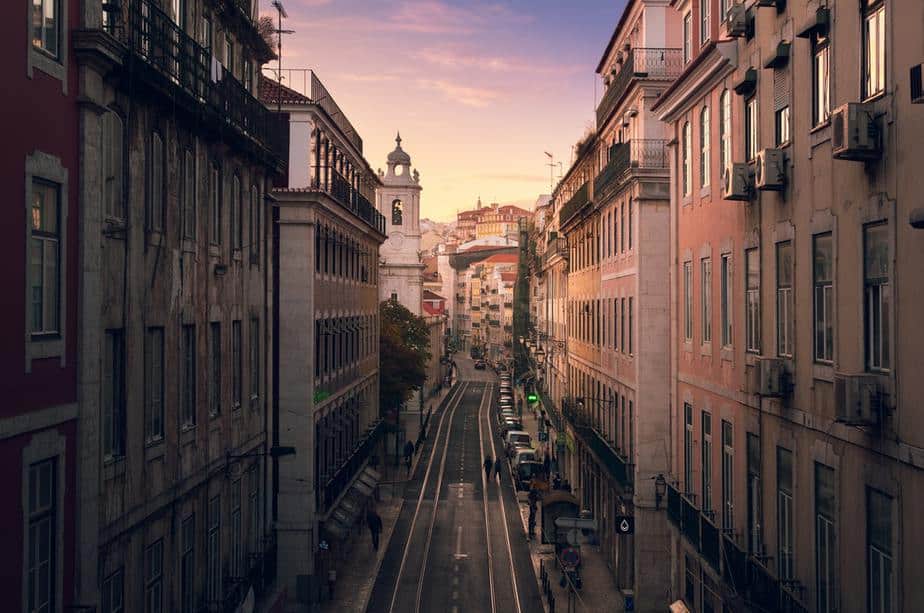 My affinity toward art and museums probably has a lot to do with this. It’s not secret that some of the best museums in Portugal call Lisbon home. The National Museum Of Ancient Art is a wonder; as is the exquisite Museu Coleção Berardo.

Art is the first area where Lisbon wins hands down. Following this there are a number of other very significant elements that make Lisbon my go-to when in this land of the Portuguese.

In theory, the two cities exist within such close proximity to one another that doing both isn’t that inconvenient. However, sometimes time is simply not on your side and a decision needs to be made.

Here is why Lisbon should be first on your list…

The Alfama in Lisbon

The centre of Lisbon, where the winding streets meet the remnants of the Portuguese Medieval architecture, is known as Alfama. 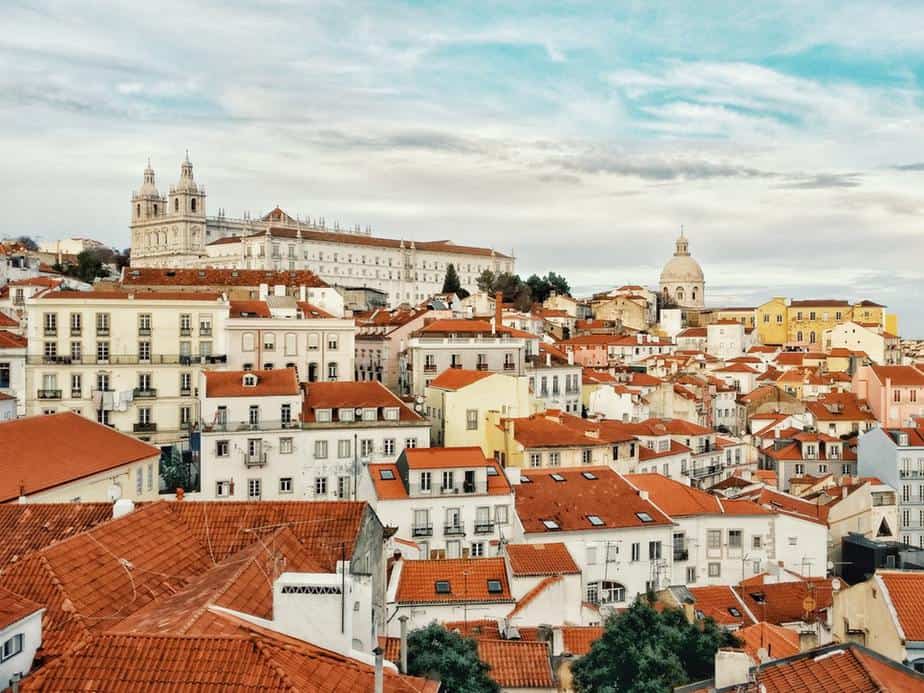 The Alfama district is picturesque, to say the least. Soft white limestone encompasses most of the buildings, similar to the rest of Lisbon.

The Alfama makes it’s was down through Lisbon all the way to the Tagus. The soft hues of the pastel architecture are whimsical to observe. I’ll never forget my first free guided walking tour through this part of town. If you’re into taking pictures then this is where you want to be!

The historic core of Porto is the Ribeira. Similar in stature and charm but (in my opinion) not nearly as aesthetically pleasing! Grey and granite replace Lisbon’s fresh white pallet. 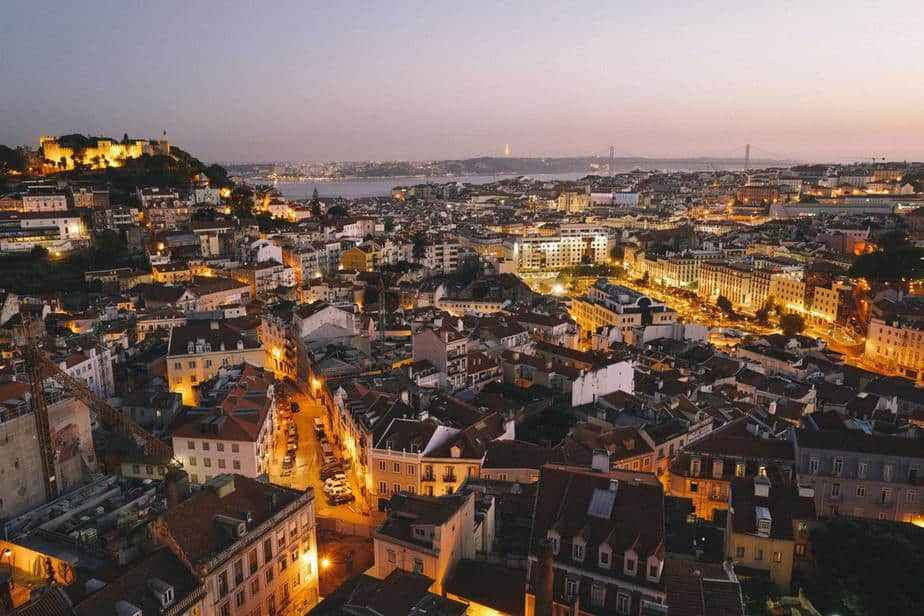 In it’s own way the Ribeira of Porto is incredibly beautiful… but it’s not the Alfama.

The Food in Lisbon

If you, like me, are a plant and vegetable lover then you’ll have little trouble choosing between Lisbon and Porto for your travels.

The people of Lisbon are often referred to as alfacinhas — which translates directly into English as “little lettuces”. The term was coined after years of market vendors crying out for people to buy the fresh fruits and veggies on offer. 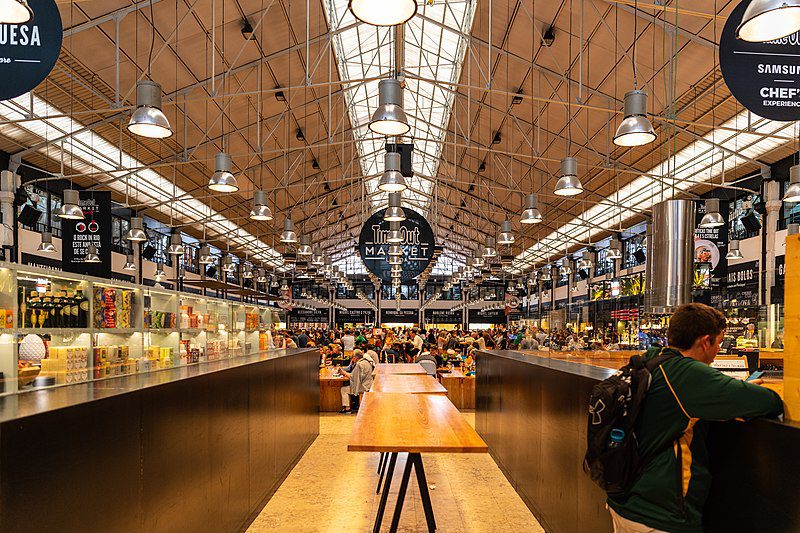 The food in Lisbon is light and fresh, which I like. You’ll stroll down the historic Mercado da Ribeira; which has become one of the trendiest places to see and be seen in the nations capital.

The Mercado de Fusão, or Fusion Market, over in the Martim Moniz square is another great spot to get an authentic Lisbon food experience. The neighborhood in which the square sits is a great place for sightseeing and is described as one of the most multicultural areas in all of Lisbon!

The Beaches in Lisbon

Right at the mouth where the Tagus meets the sea do the beaches of Lisbon start. When it comes to Portuguese beaches, I have trouble stating one to be better than the other… they are admittedly all wonderful and deserving of as much tourism as possible.

While Porto’s beaches might reside much closer to the city than Lisbon’s do — theres no harm in a bit of a drive to get to the ones that are truly worthwhile. 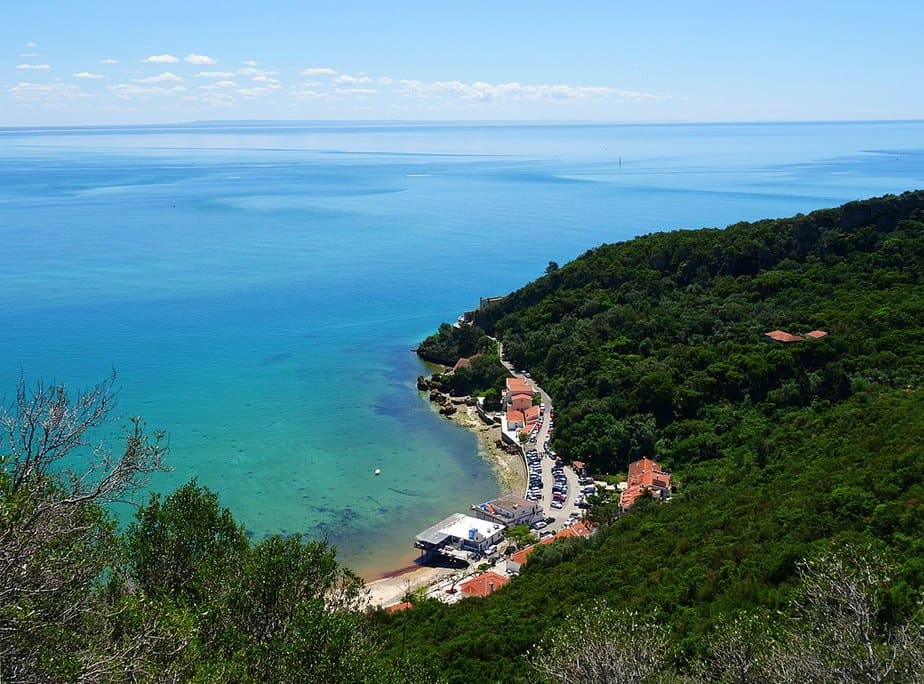 A short journey from Lisbon center you’ll come to Portinho da Arrábida. This is my favorite day trip beach when in Lisbon. The white sand and rolling hills are kind of a slice of heaven.

If you’re not impartial to a slightly further drive from Lisbon, then might I suggest making the trip to the 18km long beach that makes up Tróia.

Words fail me with this piece of land. I’ll leave it at that and to you to visit for yourself. Be sure to take enough food and drink to get you through the day, there is much to see but not much to consume when you arrive! 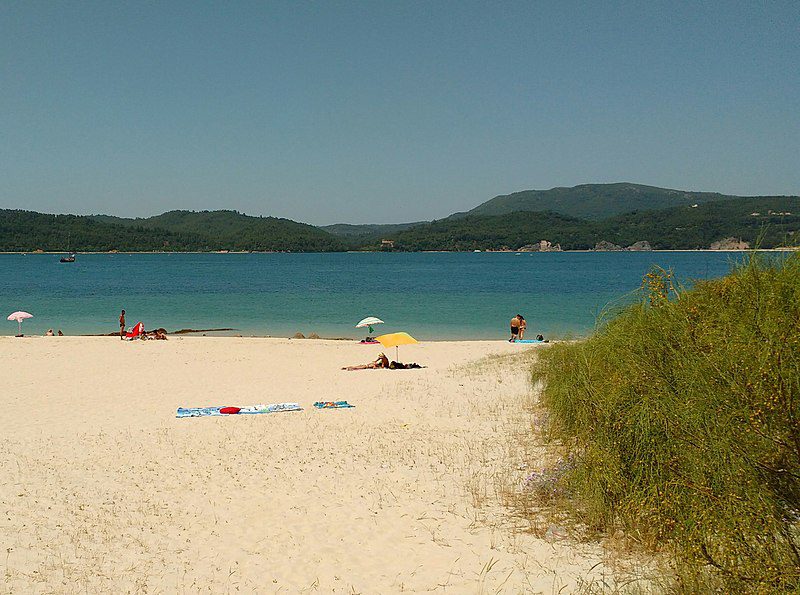 The Views in Lisbon

Having both been built upon rolling hillsides, both Lisbon and Porto compete with one another in the best view department as well.

The miradouros, as they are known in Lisbon, are in abundance. From Portas do Sol square you’ll probably have the best view of the winding buildings that head through the Alfama right down to the Tagus — not the worst way to spend an afternoon site seeing. 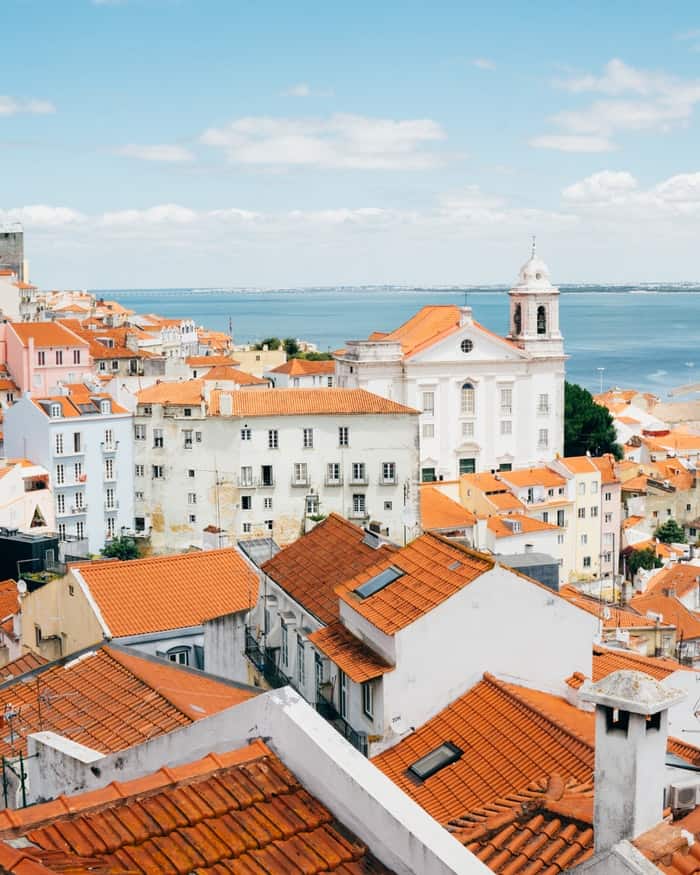 This view of the Lisbon downtown is enough to take your breath away. Nothing better than watching the sun set for the day before a stroll down the hill into one of the many restaurants that line the Alfama streets.

The Nightlife in Lisbon

When the sun goes down in Lisbon the city comes to life.

Particularly in the summer months, Europe is buzzing with nightlife and things to do until the early house of the morning. In Lisbon it’s the districts such as Bairro Alto and Cais do Sodré that you’ll want to head to to make the most of the evening hours.

They are littered with bars and entertainment to suit just about every taste. Sip on ginjinha to your hearts content and dance reggaeton with other visitors who are falling in love with Lisbon the same way you are! 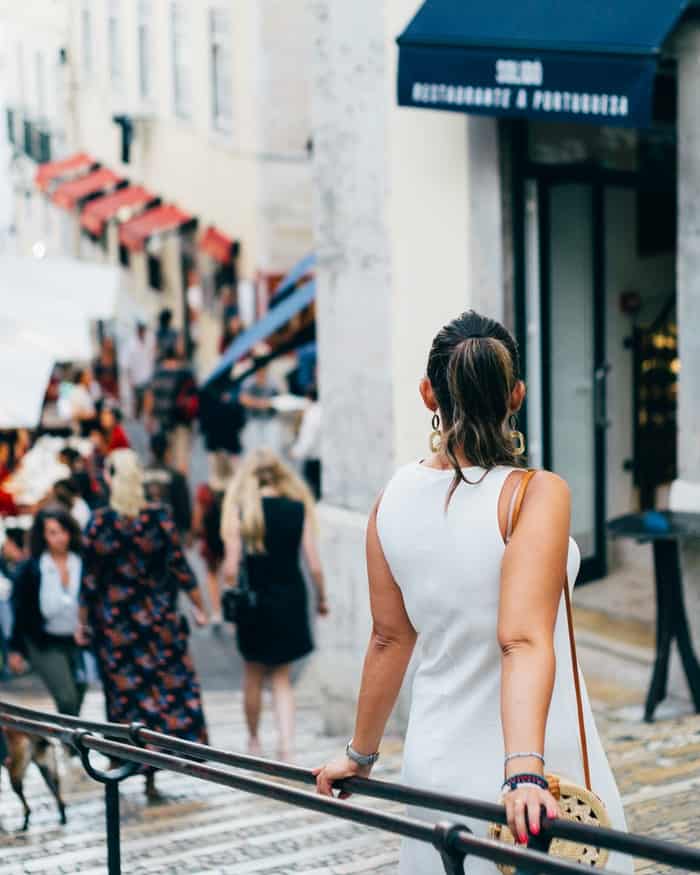 Lisbon truly is an energetic place that runs deep into your veins the first… and second… and third time you visit. Each time both unique yet familiar all at once.

I love drawing comparisons between these two hubs of Portugal. Which do you prefer?