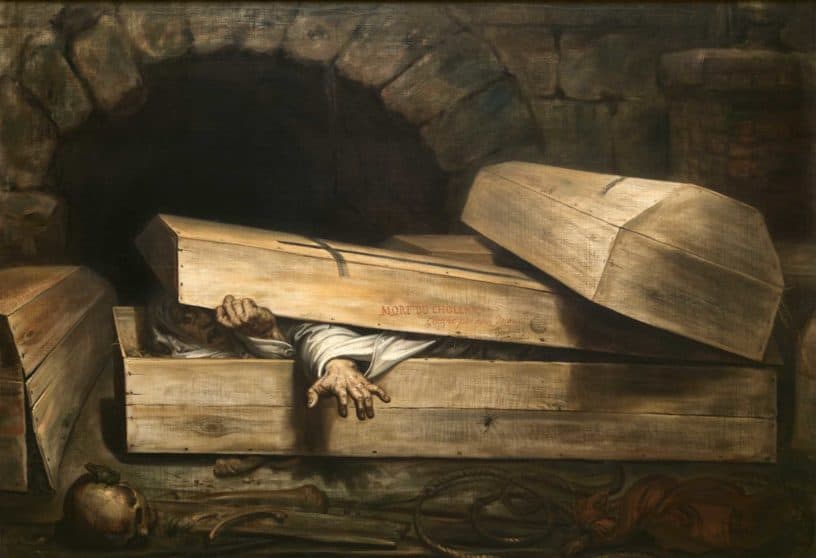 On the edge of Paris, safely hidden away from the everyday hustle of city streets, lies the city’s only vampire museum. Inside is a macabre-lovers dream. The walls are covered in photos, mummified cats, vampire slayer kits and shrines. It is a homage to the world of Folklore; a tribute to when vampires ventured over from the eastern countries of Europe and sunk their teeth into the hearts (rather the necks) of the French. 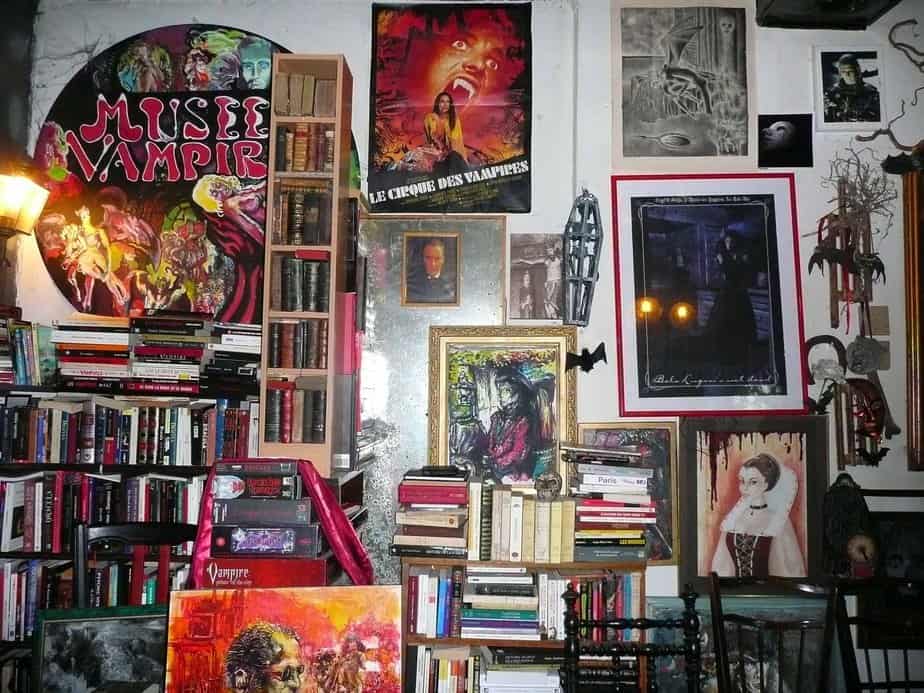 Inside the vampire museum – Courtesy of Wikimedia Commons

Le Musée des Vampires is located near Porte des Lilas on the east of Paris. It is run by the world’s most fanatical vampire specialist, Jacques Sirgent. The interior is a hazy maze of all things legendary and fantastical.

The tours are guided by Jacques Sirgent as he takes you through the history of vampires while trying to paint a different picture of the vampires we know today.

His collection is filled with vampire paraphernalia he picked up online or at one of the local flee markets. Along with the tour of the artifacts, you will also get a chance to sit and chat with Sirgent about the origins of vampires and their place in the human psyche.

The vampire museum is a private facility and is not always open. The best way to get access is to make an appointment online. The tour is “French friendly” and can be difficult if your level is not up-to-par. That being said, the museum is cool enough to break all language barriers.

The origins of vampires in Europe

A portrayal of a vampire in mythology – Courtesy of Wikimedia Commons

The belief in vampires surged dramatically in eastern Europe during the early 18th century. What the root cause of this surge was is still unknown. All that is known is that a state of mass hysteria took over the psyches of europeans.

Vampire sightings increased exponentially as the 18th century ticked on. Government officials took it upon themselves to quench the public’s thirst for vampire blood by holding public executions of suspected bloodsuckers. Graves were uprooted and spikes were driven through the hearts of the recently deceased.

While the majority of this paranoia centered around eastern Europe, the vampire frenzy still seeped out to other European countries. France, too, fell victim to the undead. 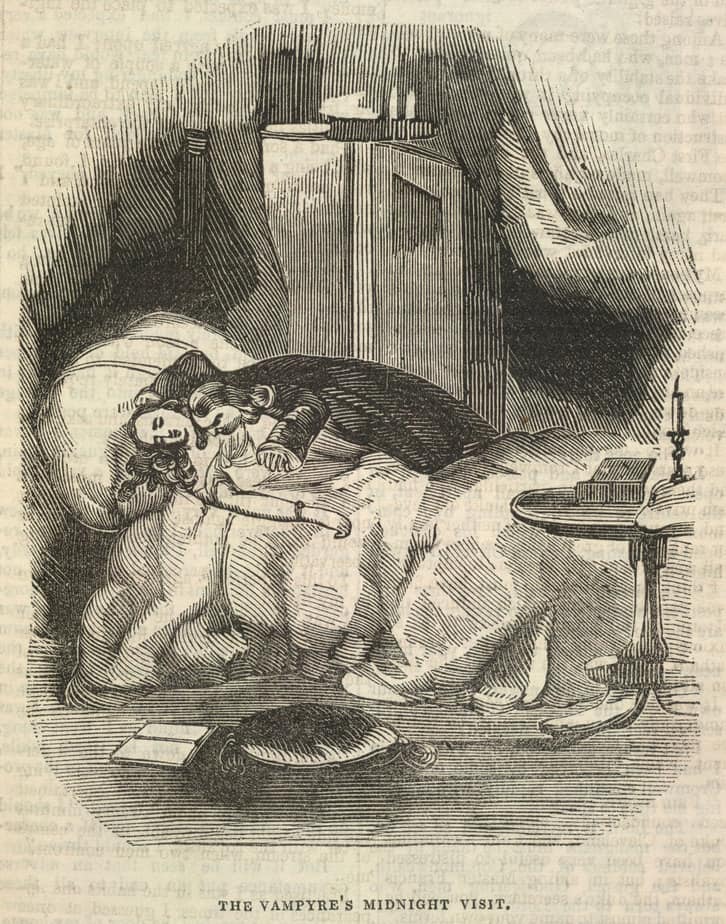 By the mid 18th century vampire tales had become mainstream in France. Much of the horror was fueled by theology. Many Catholics believed that the vampires were a product of demons, and were able to command the will of both the living and dead.

In 1751, Dom Augustine Calmet, a French scholar and theologist, published his findings on vampires. His book, entitled Traité sur les apparitions des esprits et sur les vampires or Treatise on the Apparitions of Spirits and on Vampires, delved into the claims of vampires and investigated the existence of such creatures.

Dom Augustine Calmet conducted extensive research pertaining to the ancient mythology and current incidents. His findings ultimately led him to believe that vampires do indeed exist, claiming that “one can hardly refuse to credit the belief which is held in those countries.”

These findings would ultimately prove to add fuel to the fire,  giving the public even more reason to believe in vampires. They were, however, still not universally accepted in France.

Voltaire, and admirer of Dom Augustine Calmet’s work, expressed concern over his findings, sarcastically claiming that the real bloodsuckers of France were the wealthy businessmen. 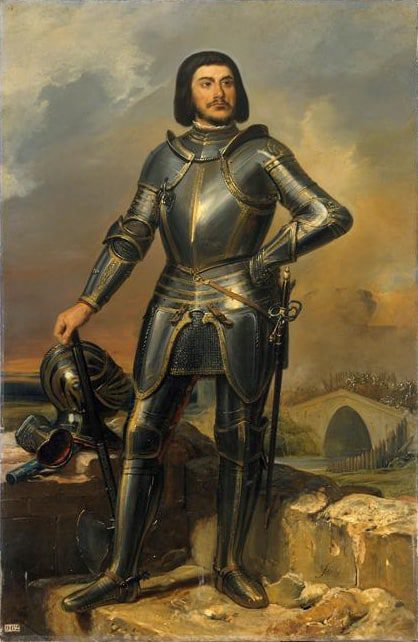 Gilles de Rais was a French knight who would later become the legend of the first French vampire. His years of torment took place in the 15th century and only after, when vampire craze was at its highest, would he be given the title of ‘vampire.’

Gilles de Rais fought along side Joan of Arc and led an outstanding military career. It was only after the cries of war had grown quiet that Rais would begin his descent into vampirism.

In 1438, Rais sought for a demon summoner who specialized in alchemy. Rais found a man named Prelati who promised to work with him in the demon manifestation. After three attempts without success, Prelati advised Rais to seek the blood of children in order to appease the demon.

Rais threw himself into his task wholeheartedly. Between the years 1432 and 1440 Rais killed a large amount (the exact number is unknown) of young boys in the name of the demon, Barron.

He was eventually found and condemned to death. He was hanged and then his body was burnt. Thus the first vampire in France was born. 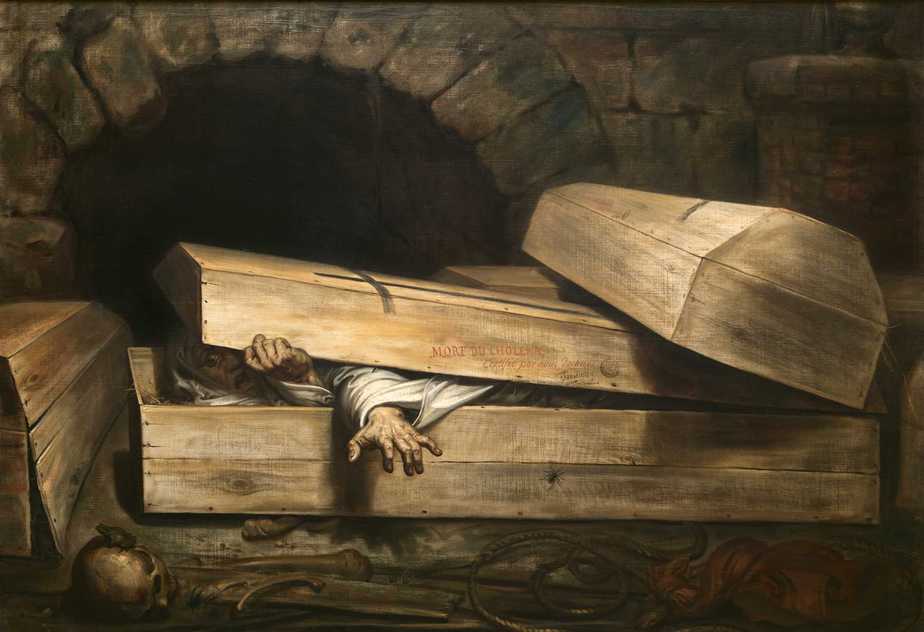 Moriève was a French noblemen who fought during the French revolution. The legend goes that his thirst for blood was quenched in the tumultuous years of war, but, once there was no more blood to be spilt, Moriève had to seek other means.

He was described as being a tall man with an evil countenance. In order to get even with the working class, Moriève would send letters to individuals and, upon their meeting, would cut off their heads.

Soon after, he was assassinated by a member of the lower class and was laid to rest. Days had not passed before the first tragedy struck France. In the neighborhood where Moriève was buried, young boys began to die. There was no trace of the murderer or the weapon except for the two teeth-like marks on the side of the neck.

This continued for 72 years until Mariève’s grandson decided to investigate. He found the coffin of his grandfather and was amazed to find it in perfect condition. Upon opening it, he saw his grandfather without a mark of time on his face.

A white thorn was thrust into the heart of Moriève and red blood gushed out. The children of the village were safe again.

The vampire of Paris 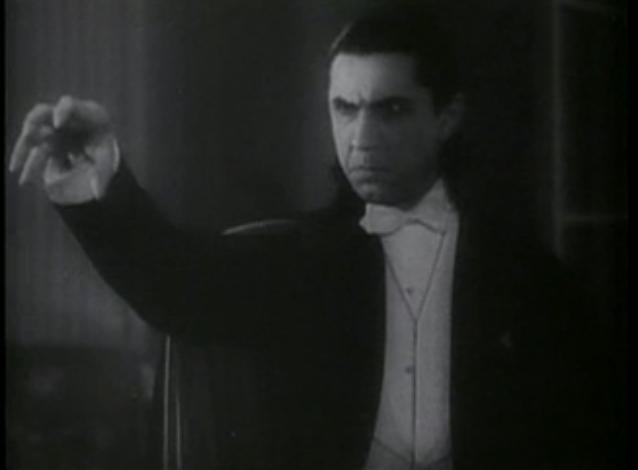 A little over twenty years ago Nico Claux was sentenced to twelve years in prison for the murder of a man.

As police investigated, they began to find numerous amounts of horrifying evidence. His apartment was filled with human remains that Claux had raided from the local cemeteries.

He was also found to have several blood bags that he had stolen from the hospital where he worked. He claimed that he would drink them when he desired. He has also admitted to catabolism and the desire to come closer to the devil.

While in jail Claux began his work as a painter. One of these paintings hangs on the wall in the Vampire Museum of Paris. Jacques Sirgent claims to be personally acquainted with Nico Claux: The Vampire of Paris.