Where to Find Vegan Ice Cream in Lisbon 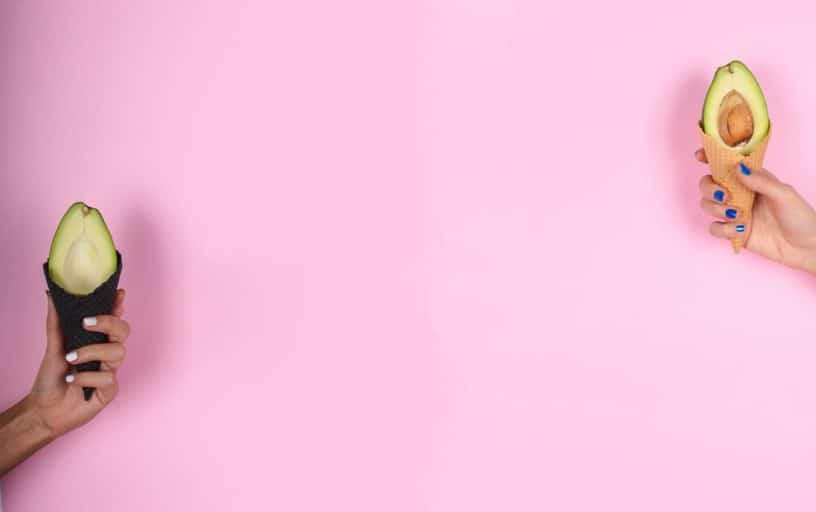 Where to Find Vegan Ice Cream in Lisbon

The summer in Lisbon is in full swing and nothing cures aching calf muscles from hiking the city hills quite like frozen treats.

Compared to the rest of Europe, Lisbon is quite deep into the vegan food movement. There are new plans based cafes and concept spaces popping up every week, and Portuguese ice cream makers have taken note. 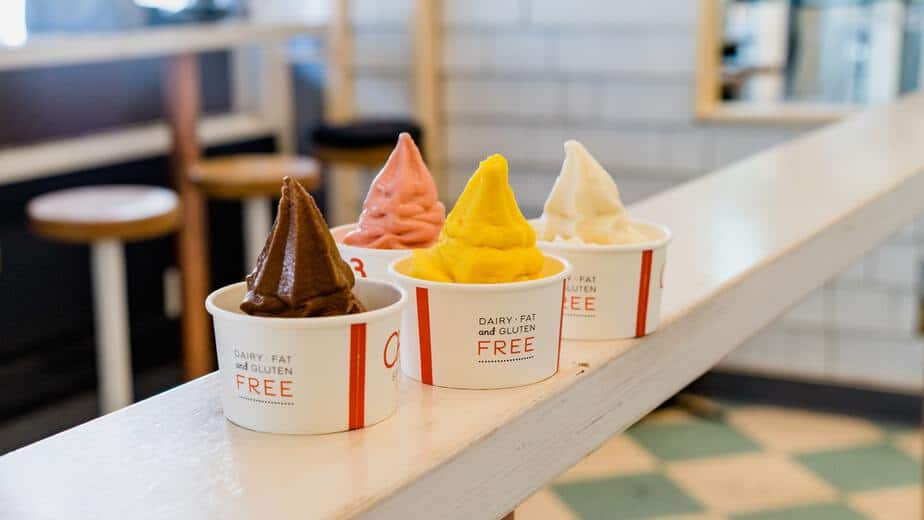 Sorbet, for the most part, is usually always vegan. It’s one of those “accidentally vegan” treats that didn’t need alterations once the trend began to take off. Most of the ice cream parlors in Lisbon will have at least two or three fruity sorbet options for non-dairy individuals to enjoy.

For those looking for the full on, creamy, gelato style experience without the added dairy, there are a few places in the city where you can go.

It can be frustrating to finally find an ice cream parlor offering vegan options only to find their waffle cones aren’t vegan friendly. One should always check with a store clerk first before ordering cones as the Portuguese usually like to use milk in their cone mix.

Gelados Fragoleto is south of the Alfama near the Tagus. They have a variety of dairy-free gelato and sorbet options — and they offer vegan cones (at an extra charge).

This parlor likes to experiment with flavors. They have been known to host everything from cactus to sea weed. 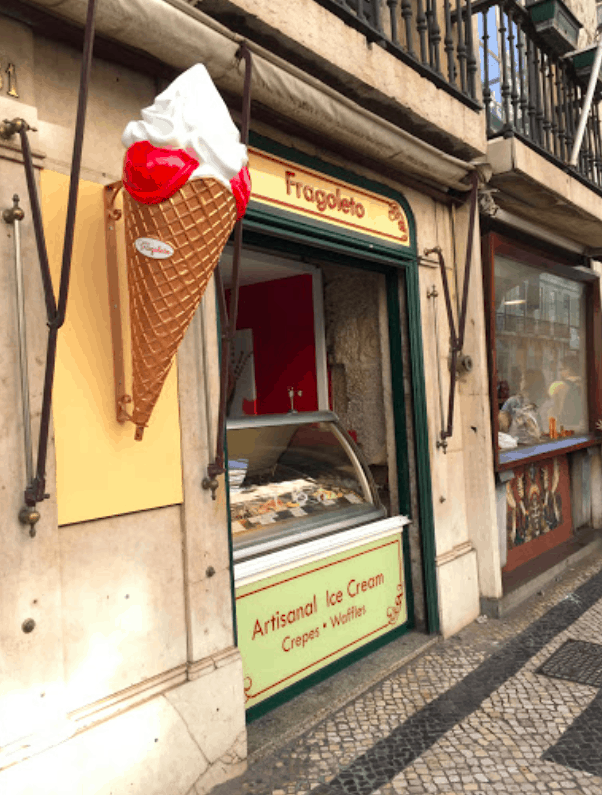 Don’t panic, they do the regular old chocolate and vanilla too, amongst others. They also make their own Nutella! You can purchase three scoops here for €5,20.

When you get to Gelados Fragoleto be sure to mention that you are looking for vegan options. There will be a few on display in the freezer but sometimes they keep a wider variety in the back based on request only.

Chiado is the Mecca for vegans in Lisbon. Sorbettino is on a main road down the sloping  hill that leads to the Tagus. You can be there in just a few minutes after purchasing your treats .

First of all, I don’t know who is responsible for the creamy goodness available in this parlor but someone deserves a medal. The consistency, weight and flavor of the non-dairy ice creams is worlds apart from most other vegan ice cream makers in Lisbon.

A medium cup at Sorbettino costs just €3.50. I’m a sucker for their chocolate flavor but the coconut is a must-try as well. As an added bonus they also sell vegan chocolate bars that can be purchased individually or added to your cup.

OPENING HOURS: Monday TO Sunday: 1pm to 12am

As I said, Chiado is where it’s at for cruelty free eating in Lisbon. Yet another ice cream parlor with competitive flavors just a short walk from Sorbettino mentioned prior to this.

Amorino is a big name in ice cream between France, Italy and Portugal. The concept was born in Paris by Italian gelato makers, and has seen immense success throughout these parts. If you’ve seen them on social media you’ll recognized the flower petal designs in which they structure each cone.

The company recently pledged to make their product more available to the vegan community. They churn out a variety of ice cream and sorbet flavors each day completely dairy-free.

Between Paris and Lisbon, Lisbon has the better variety of vegan options. A medium cup costs €4.70; they do coffees in store as well.

Mú has two branches in Lisbon city: one near Bairro Alto and another in the north of the Alfama. There are guided walking tours through both of these areas and vegans will appreciate being able to enjoy a cold treat with the rest of the group as they stroll through.

Something that stands out at Mú is the staff’s patience with customers and their unwavering willingness to stand as visitors sample through each flavor in attempt to make their choice.

You won’t find weird and wonderful flavor experiments in this establishment; just your tried and trusted chocolates, vanillas, pistachios, hazelnuts and sorbets. It’s not the best vegan ice cream in Lisbon, but it’s good enough!

Public parks in Lisbon are usually a good indication that ice cream and crepe vendors are lingering nearby. The Parc Eduardo VII in the city center is a famous landmark in the city due to the gigantic maze hedges that run symmetrically down the center.

As tourists flock to marvel at the grounds, they soon find their way into the LucDuc ice cream parlor near the western edge of the park.

Still new to the non-dairy movement, LucDuc has about eight vegan ice cream options at one time. The sorbets, however, are done in authentic Italian style and are unfathomably creamy.

LucDuc Italian Ice-cream in Lisbon – by LucDuc – Uploaded by them

Each scoop is €2; you can top your ice cream with affogato into for a few extra cents.

Be sure to check their opening hours on the day, especially if you are traveling from far. They occasionally close up shop thirty minutes early or late deepening on the season.