Where to Find the Best Algerian Food in Paris 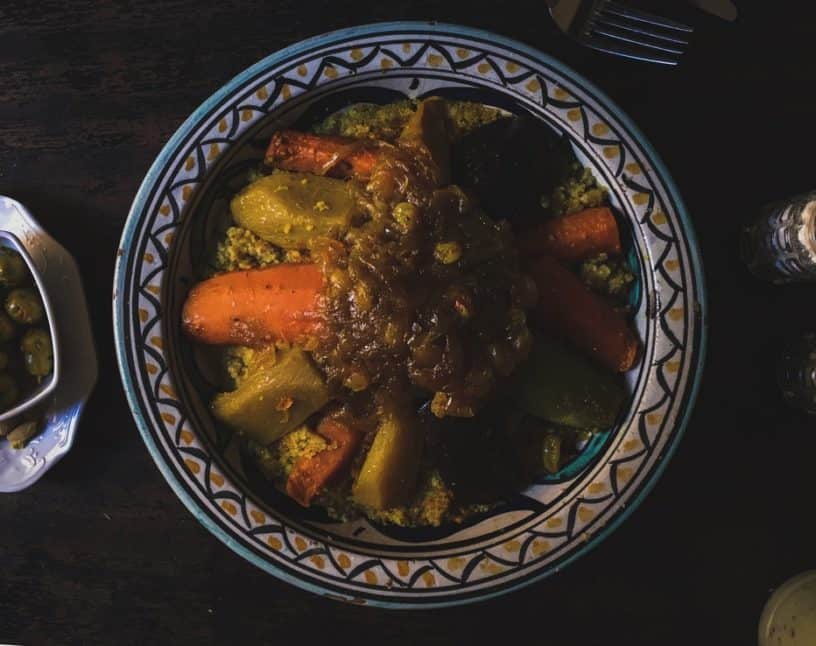 Where to Find the Best Algerian Food in Paris

If this is your first introduction to the cuisine, well, prepare to be pleasantly surprised.

Because of France’s close proximity to the north of Africa, and the migration of people, much of the delicious foods of this area have slowly made their way into the capital. Algerian food actually draws much of its influence from Berber, Arabic, Andalusian, and Mediterranean cuisines with slight European influence here and there. 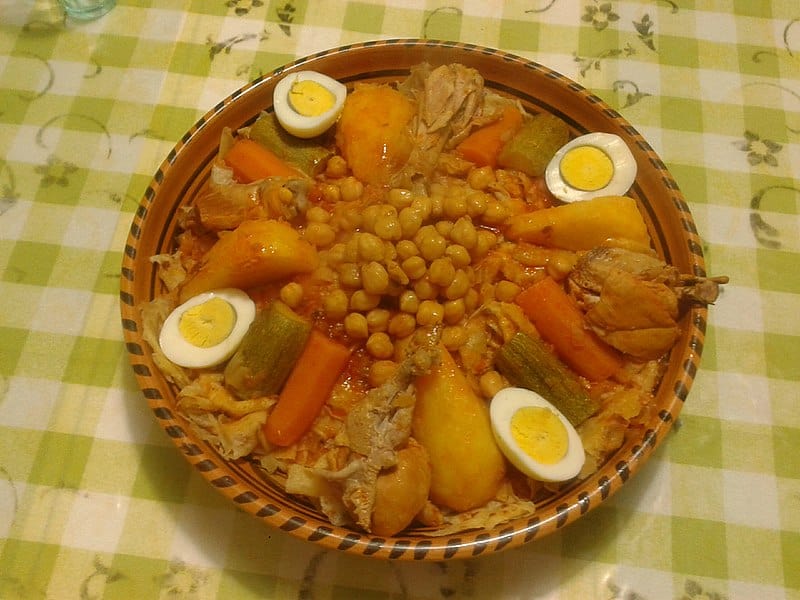 Middle Eastern food is widely loved across Paris. The city is home to some of the best Moroccan, Lebanese and Turkish restaurants.

Algerian food isn’t as common as the afore mentioned cuisines, but it is possible to find it in certain parts of Paris.

If you’re a fan of interesting spices, couscous, and replacing cutlery with bread then read on! Here’s where you’ll go to find the best Algerian food in Paris.

Laouz sits on the Right Bank just between Le Marais and the 1st arrondissement. In terms of Algerian food, Laouz takes care of the sweeter side of the cuisine.

Laouz is a pastry and tea house that makes the most delicious sweet treats and traditional Algerian teas to accompany them. Don’t leave without trying one of their marzipan based sweets (take some home too!). 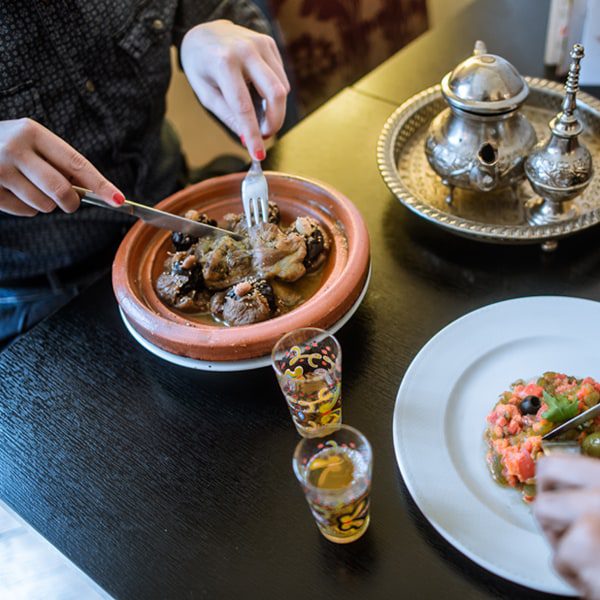 The kitchen does offer a number of hot dishes for anyone wanting to eat in. Tajine is a popular dish in North Africa and usually involves a lot of vegetables and some sort of meat baked together in a pyramid shaped, ceramic dish.

Laouz has a number of Tajines to choose from depending on your taste.

Since you’re in the area already, consider taking a free guided walking tour either west into the beautiful 1st arrondissement or east into the bustling streets of Le Marais.

Next we’re not he Right Bank at Les Oliviers nearby the Seine River.

Les Oliviers is charming, low key and pays attention to hospitality. From the minute you sit down you’ll be treated to finger snacks (usually garlic and olives) and bread to get your palette ready. 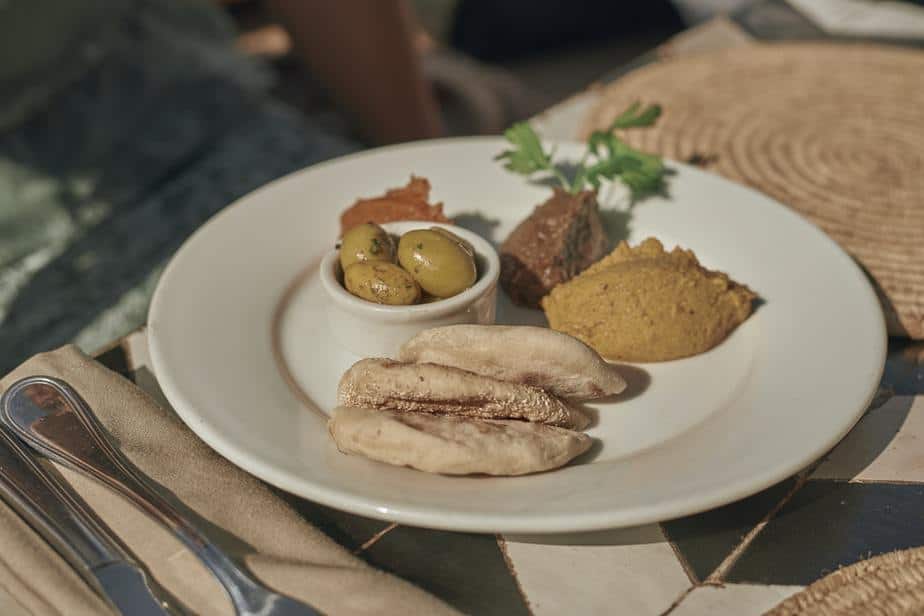 Les Oliviers does the best Algerian couscous in all of Paris (in my humble opinion!). The portions are great, the prices are even better and the dish itself is tasty as hell!

The restaurant sits on the south western corner of the Jardin des Plantes, the main Botanical Garden of France. This is an unmissable part of the city and the perfect stroll for after your meal at Les Oliviers.

This next spot is quite literally on the outer boundary that makes up the city of Paris. Right where the 17th and 18th arrondissement’s come together, La Fourchette Berbère is serving up authentic Algerian food to the people of northern Paris. 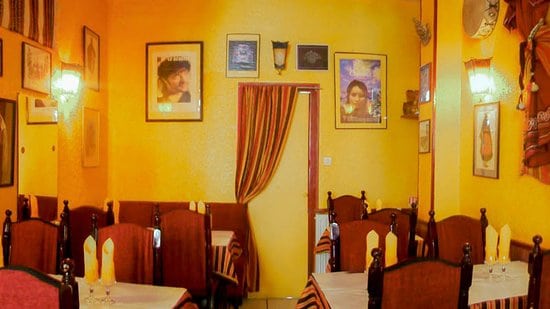 Jazz lovers will be pleased to hear that the Paris Jazz Museum happens to be on the same road as this restaurant. Being one of the jazz capitals of the world this is a wonderful little cultural hub that doesn’t always get the love it deserves because of it’s seemingly out of range location.

If the previous restaurant was on the far-most northern boundary of Paris, then Couscous maison Arc En Ciel is on the south eastern-most boundary in the 13th arrondissement.

This is probably the most authentic Algerian restaurant in all of Paris. It is run by and Algerian immigrant family who have worked hard to make Paris their home over the last few years. 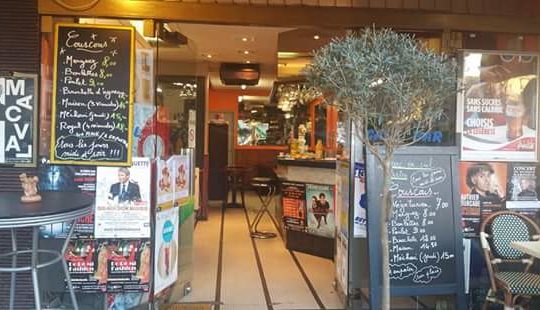 You can tell the authenticity right away by the presence of proper North African mint tea from the minute you step inside. This is probably my favorite part of this cuisine as a collective.

Whatever you eat at Couscous maison Arc En Ciel, be sure to end your meal with a fresh pot of the tea and a tray of their homemade Algerian pastries. This isn’t the kind of restaurant you’ll be able to visit often unless you happen to be a resident of the 13th arrondissement, so be sure to indulge properly!

La Couscoussière Plus in Paris

In an interesting part of Paris, just south of the Père Lachaise Cemetery there is one last Algerian gem of a restaurant called La Couscoussiere Plus.

I encourage you to have little expectations before coming to this vicinity. The space is understated and the menu very limited; but the food is absolutely magnifique.

I recommend any of the vegetable based dishes from La Couscoussiere Plus. I like to eat here with a friend or two and have everyone order something different so as to try the various flavors of the foods. 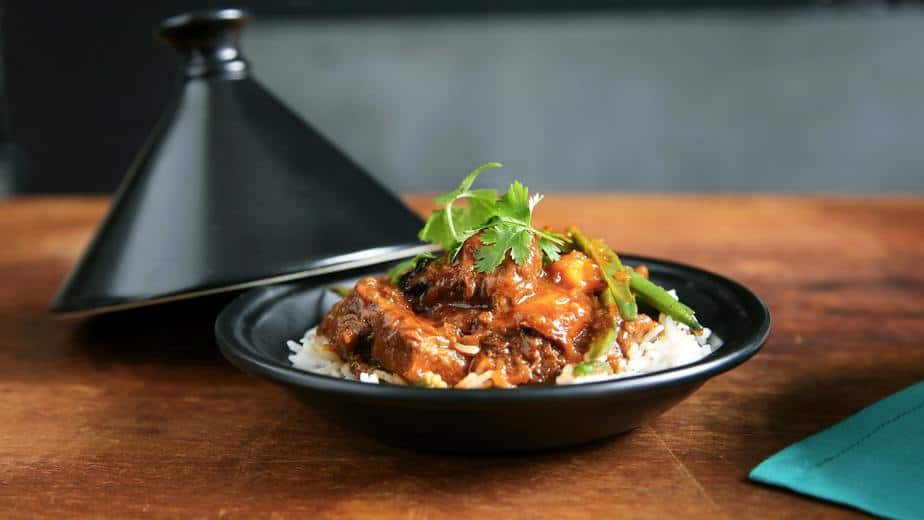 The store is just two blocks west of the Place de la Nation where you can enjoy the public space and sculptures in it. If you happened to keep walking west from this plaza, right past La Couscoussiere Plus, you’d eventually come to the famous Bastille plaza. The two are linked by a single road through the arrondissement.

Algerian food is a cuisine worth celebrating in all its forms. Africa, Europe and the Middle East come together in a range of flavors and creative dishes and it’s beautiful. You ready?