Paris - Activities & things to do, Paris - Attractions & museums - what to see, Paris - By month

Centuries of architecture and human engineering has left its mark on the city on the Seine.  Much of these marks have become the world famous attractions and monuments that drive tourists from all over the world to Paris. There are, however, numerous amounts of spots and sights that go overlooked by the everyday tourist. In this article we will discover some of Paris’s forgotten ruins and hidden secrets, both from ancient memory and more contemporary times. Take a look. 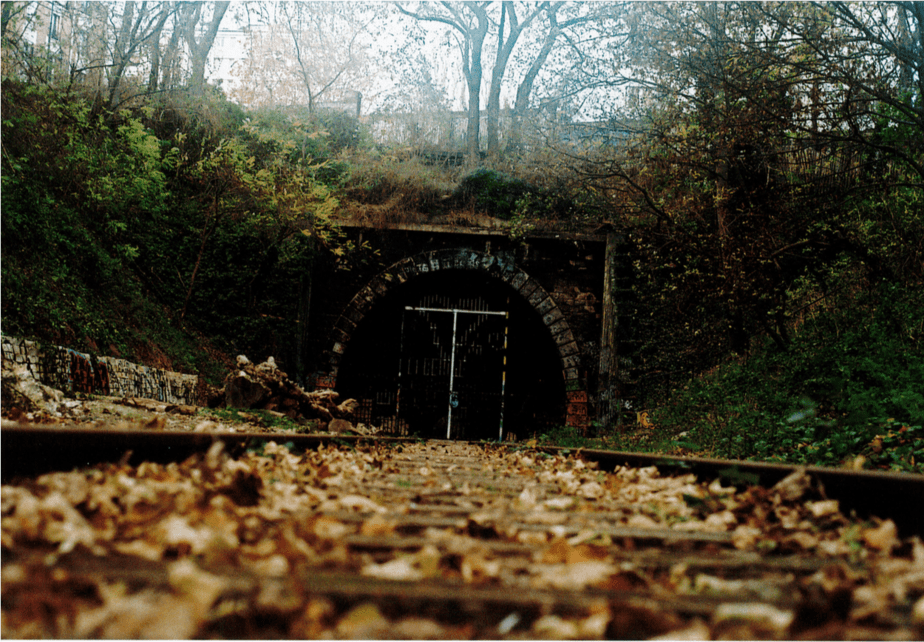 Tracks lead to a forbidden tunnel in the Petite Ceinture around the south of Paris.

La Petite Ceinture (the little belt) is a long-ago abandoned intercity railroad that streches, in a circle, around the border of the city. Originally built in 1862, it was used to connect the main train stations of Paris. Proven to be obsolete in more modern times, it was left to the glory of Parisian artists and adventurers in 1934.

As if sinking away from Paris, the descent into the recessed railroad is like entering another world. Noise drifts away and you are left surrounded by a space reclaimed from the world of utility and transformed into a land of art and communal collaboration.

Graffiti lines the towering walls on all sides of the railroad. In some areas you can see old train stations that have been turned into Jazz concert venues or Cafés.  You may even find a mysterious woodwork studio. Here someone takes the wreckage of old trees and carves into them a mosaic of different sized sculls. There is no telling what you may find when you walk through La Petite Ceinture.

An abandoned village outside of Paris 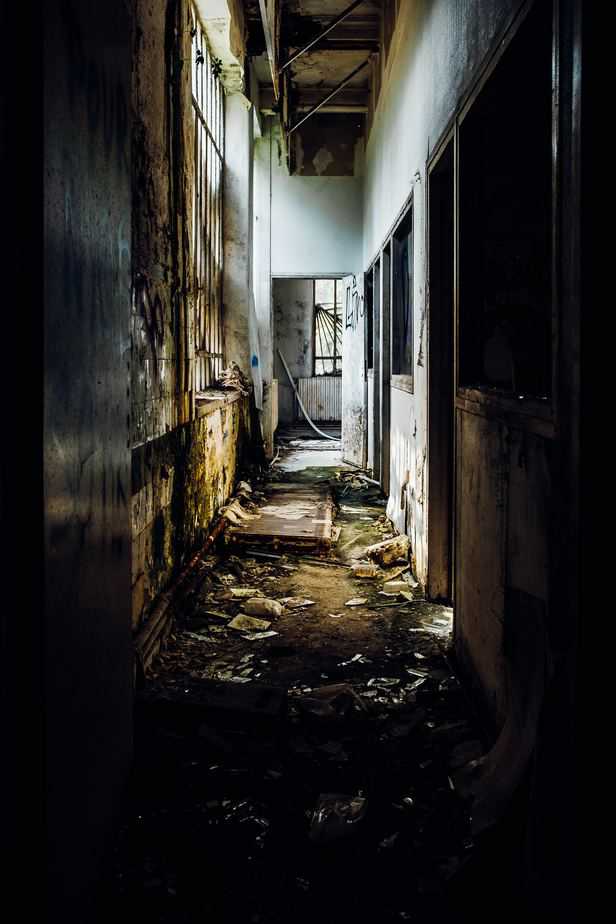 Photo by Robin Benzrihem on Unsplash

Alright, this one is crazy. Located 45 minutes outside of the city center by car is the ghost village of Goussainville Vieux-Pays. Once a happy-go-lucky village with schools and businesses, it is now a mass collection of ruins and remnants from the village that it once was. What happened?

It was abandoned nearly 45 years ago because it was located directly underneath the flight path of the newly built Charles de Gaulle Airport. On one occasion a plane plummeted down and crashed into the little village, leaving 14 people dead. After this, the locals were bought out by the airport and immediately evacuated.

If you are willing to take the ride, the village is still accessible by train or car. Due to the speedy departure of the residents, many homes and building have been left untouched. To this day you can still see into homes and the lives residents used to lead. Watch out for planes, though.

The human zoo of Paris 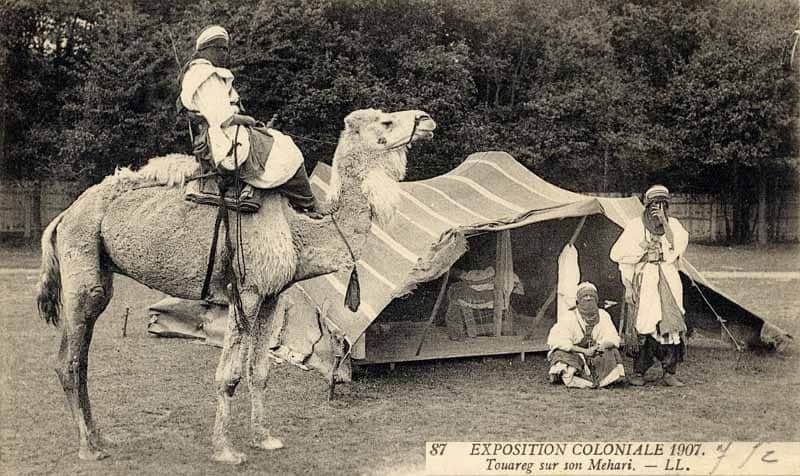 The Bois de Vincennes is home to a range of sights and history. However, remembering France’s colonial interest means that not all their history is as sweet as, let’s say, a corner street café.

The Jardin d’Agronomie Tropical de Paris, upon first appearance, is not unlike many other eccentric spots in Paris. But, going back a little over 100 years, there lies a dark secret. In 1907, the Jardin d’Agronomie was modified into a place of exhibitions, giving europeans the chance to view the natural lives of the “inhabitants.”

Architects constructed buildings using the classical methods from Congo, Tunisia, Morocco, Madagascar, and Sudan in order to replicate the lives of each country. Natives from these select countries were then imported and forced to live in these designated spaces, all the while being watched by the unending assembly line of tourists. It was estimated that over two million people came upon the first year of opening.

Today, the old buildings stand in ruin. Time and regret have sucked these exhibitions dry. They have been left nearly unattended. 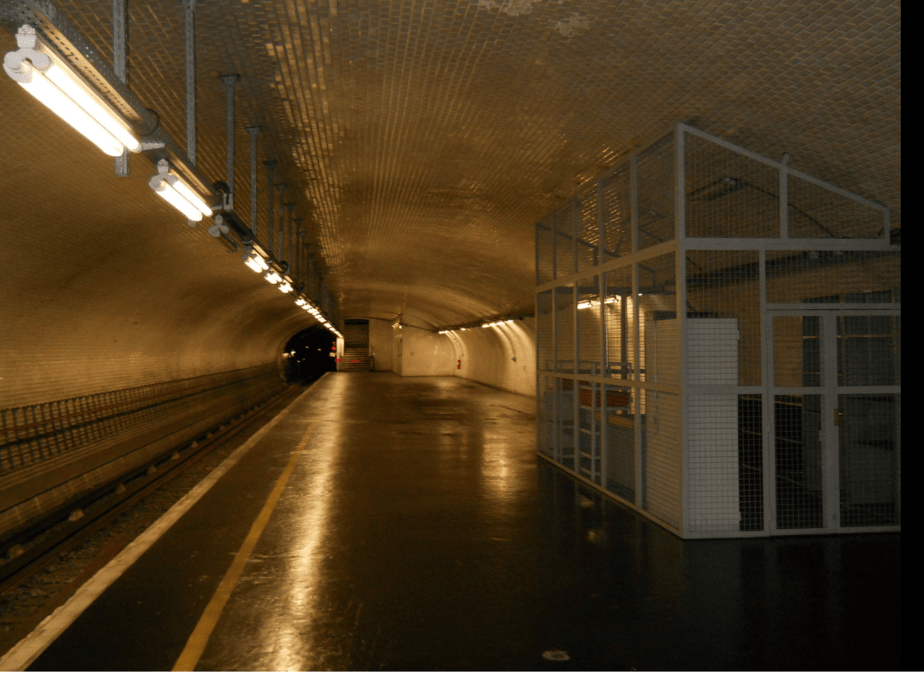 An abandoned metro station in Paris – Courtesy  of Wikimedia Commons

The ghost stations of Paris are old metro stations that were closed somewhere around the second world war. Some of them were later opened for short periods of time before, inevitably, closing for good.

There are many different stations littering underground Paris. All of them are legally off limits to the public and the RATP will fine you if caught. That being said, there are ways in which you can enter some of the stations. It is not without risk.

One station, Lilac Station – Cinema, was closed to the public in 1971 and is currently used for the filming of movies and advertisements, hence its name “cinema.” Perhaps the most famous of these forgotten portals is the Croix Rouge. This station was once the terminus of line 10, until closed in 1939. Thanks to its open corridors and the magnificent art kept within, it remains infamous within the community of urban exploration.

If you desire to enter, (legally, of course) there are a few organizations that offer legal exploration of the underground tunnels. The RATP, on very rare occasions, also offer tours, but they tend to be rapidly filled and it is necessary to book a place well in advance.

We do not advocate any illegal entry into the Paris metro. 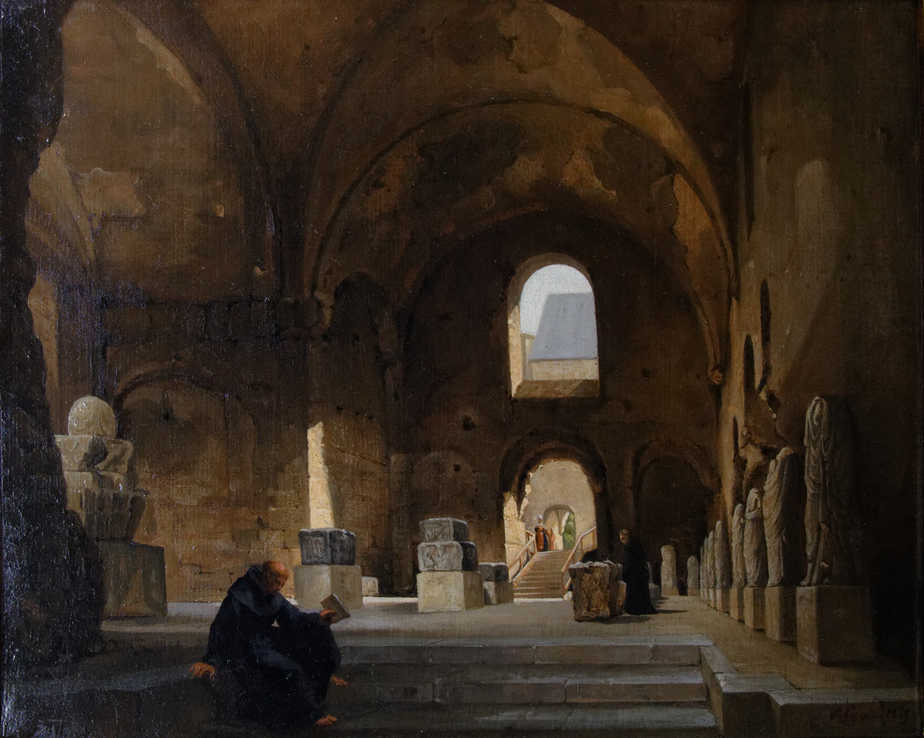 The frigidarium painted in 1845 by Achille Poirot

The Thermes de Cluny is one of the oldest ruins in Paris. It was once a roman bath house dating back to the third century. After years and years of existence, it is believed that the baths themselves were destroyed. 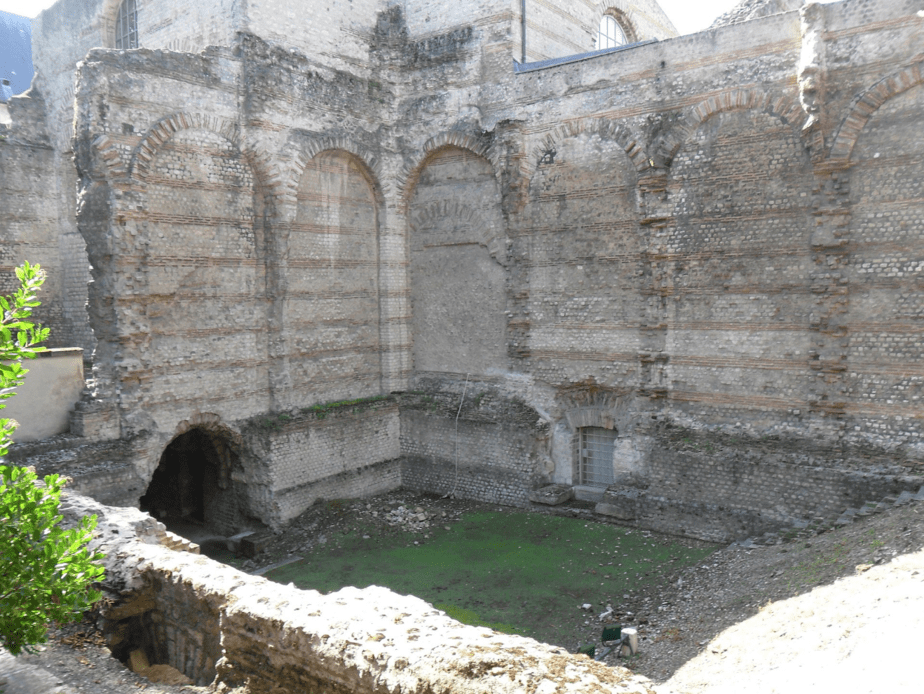 As you walk north on the Boulevard Saint Michel you can see the great facade of the Roman baths still standing today. However, only the exterior of the baths are viewable. To explore the interior of the Thermes de Cluny you must enter the museum. It is well worth a visit. 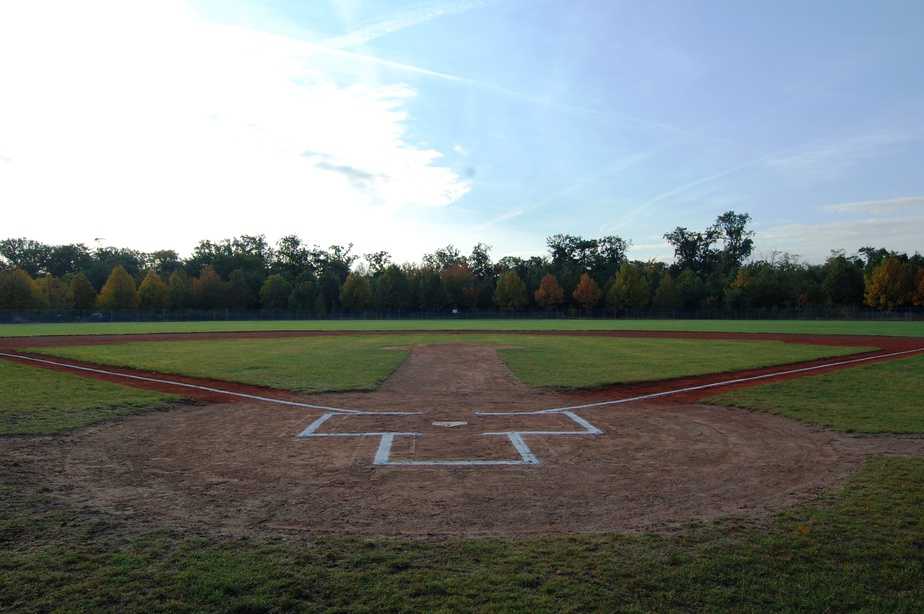 This one is a curveball. Technically it should be disqualified from our list because, while it is relatively forgotten, it is not a ruin. But I love baseball and will make it short.

Located at the edge of the Bois de Vincennes, the Pershing baseball field smells of clean air and recalls the memories of long summer nights. The baseball quarter is a small part of what is known as the Pershing Stadium.

During the first world war, many young American soldiers found themselves stranded in the foreign country of France. To pass the time, they partnered with the local Parisians, helping to build the sports complex in the neighboring woods. With an American twist, they pitched the idea of a baseball field. 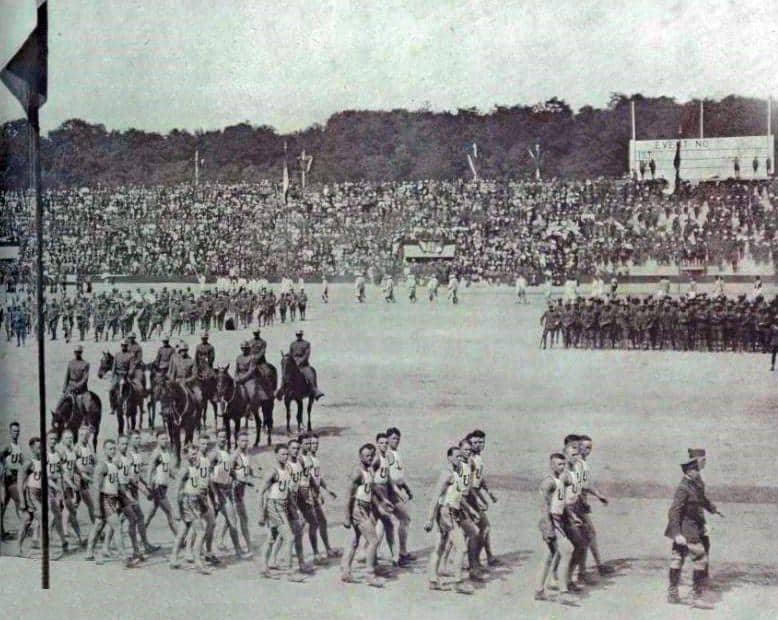 The opening ceremony of the allied games

Allied games were held shortly after the stadium’s construction and only two teams were to play baseball: the American and the Canadian. Since 1919, baseball has grown considerably in France. It is still far from commonplace, but it has stayed lodged in the hearts of American expats and grown within a select community of Parisians. Pershing, usually a deserted field of sand and grass, sometimes comes alive with the sounds of bats and balls. 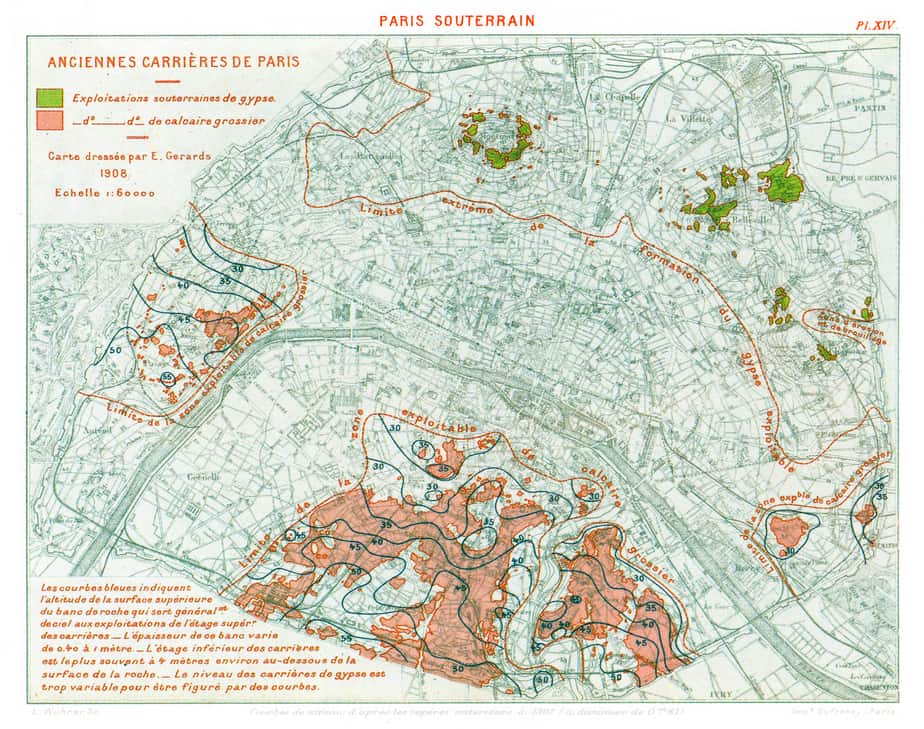 Map of the old limestone quarries of Paris, now the catacombs

Fifty feet under the five star restaurants is the Paris underground. It lives in stark opposition to the self-admiring city of fashion, wealth and, above all, lights. The catacombs are still a place of mystery and admiration.

The microscopic section of the catacombs left open to the public is filled with millions of impressively stacked sculls and femurs and nearly as many stacked tourists on any given day. It is the empire of the dead, as it’s inscription boldly reads.

The other part, perhaps equally known but rarely seen, is the 200km labyrinth of tunnels that wind themselves through the left bank. Originally mines of limestone, they were transformed into the passages of the dead and underground explorers. Entrances are scarce and can prove to be difficult to find. Beware, for if you do find them, there is no telling what secrets you may discover in the mysterious cosmos of forgotten Paris. Book your adventure here!