Where to eat for less than 10€ in Paris 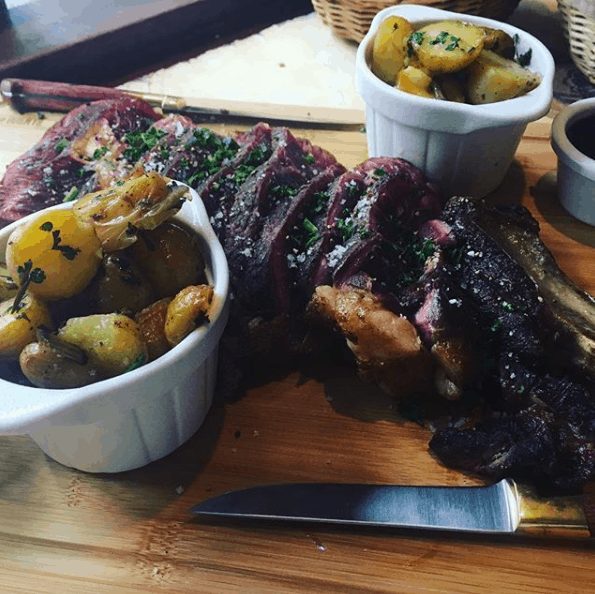 Where to eat for less than 10€ in Paris

A common misconception about Paris is that you cannot eat in the French capital on a budget. This article is here to prove you otherwise: I will list the best restaurants under 10€ in Paris. Wondering where to eat for less than 10€ in Paris? Read on!

Now, if the infamous and delicious jambon-beurre sandwich is the most sold takeaway food in France (the jambon-beurre is a sandwich of crisp baguette with butter, ham and cheese), you can have real meals under 10€ in Paris if you know where to look. 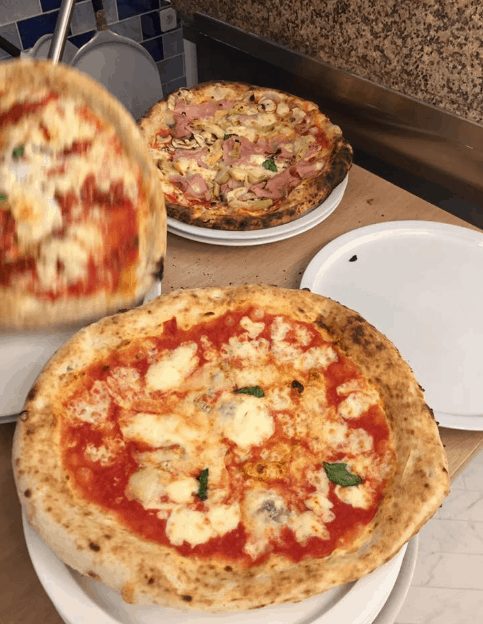 Pizza Rossi’s restaurant is  nothing pretentious : the room is tiny, the decoration is insignificant. However the place is very often full: customers line up to taste their pizzas. Their lunch menu consists of a pizza and a soft drink for 10€.

My favorite thing about their pizzas is the dough (they leave it to rise for two full days to ensure it is packed with flavors); the portions are generous and they have a fair amount of choice. One of my favorite pizza place of the 2cd arrondissement all in all. 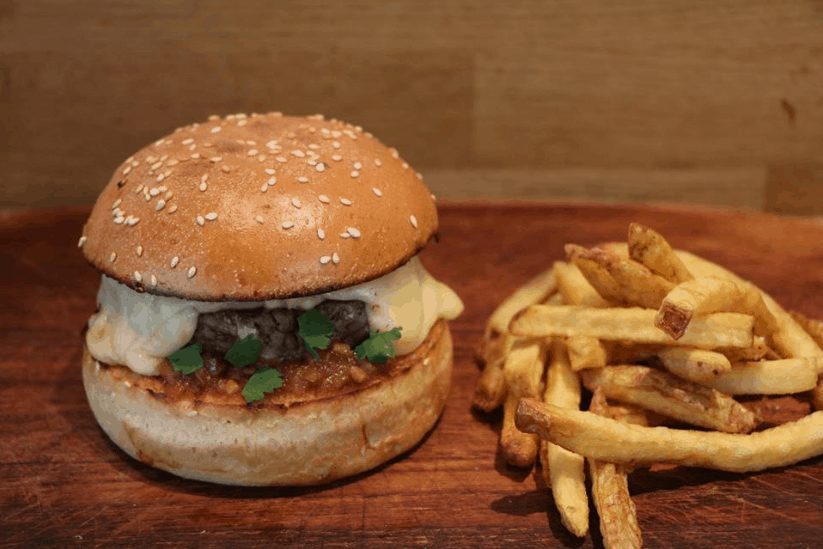 Alongside Burger n Fries, It Rocks is my favorite quality burger joint in Paris for under 10€. Once again, the restaurant is tiny and often full, so you may have to wait a little especially if you come at peak hour.

The meat is certified French and fully traced; the buns and fries are homemade and their choice of burgers is original. The menu consists of a burger, fries and a soft drink for 9,90€. They have 6 choices of burgers, each curated around a meat type and a homemade delicious sauce. My favorite order there is the double cheese rocks, with its homemade spicy ketchup sauce on the side.

I refrained from citing Burger n Fries in this list because I feel I cite them in most of my food blogs but know that to me, It Rocks and Burger n Fries are the two best burger joints in Paris under 10€.

They are not your typical fast-foods in the sense that they pay increased attention to ingredients origin and quality; their buns and fries are homemade; and the meat patties are massive and juicy.

The only difference between the two is that Burger n Fries serves only four burgers: expect excellent regular recipes. It rocks, on the other hand, has curated recipes that are more original. Pick and choose! 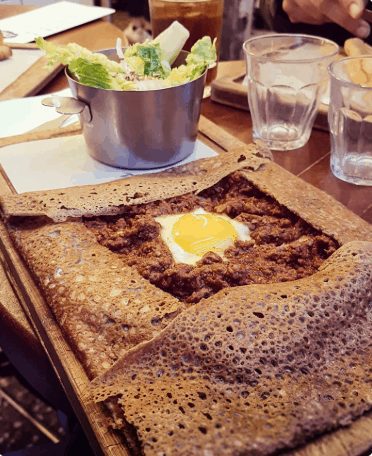 La Crème de Paris is a crêperie that specializes in savoury crepes and waffles. As a reminder, crêpes are originally from Britany, a very famous region of the north west of France.

Most of the savoury crêpes are under 10€, the deserts are usually under 5€. A must visit for hearty French food on a budget – or not!

Le Mesturet is a typical French bistro that serves outstanding quality cuisine. It has been awarded several prizes in France; and pays tremendous attention to the balance of flavours of their dishes. Each one of them is a creation that revisits typical French cuisine according to season products and the chef’s inspiration.

As a consequence, their menus run up to 30€. Why am I citing it in my best restaurants under 10€ in Paris, you will ask! Well, they have an outstanding secret menu called the Menu Malin (you have to ask for it though!): starters, main dish, cheese and desert, all for 12€! It is not exactly under 10€ but is it too much of an excellent deal not to be mentioned.

You will have to eat at the bar or in the second room underground, but the trust me, the quality of the food makes it worth it.

Another outstanding bistonomic formula, similar to Le Mesturet’s cited above, but even cheaper!

Le vin qui danse opened in 2016 with one aim: making bistronomic typical French cuisine accessible and affordable. As such, they created a formula to achieve this aim: starter and main dish for 10-15€. If you pass by, I absolutely recommend their lamp, accompanied with its soft vegetable cuscus. 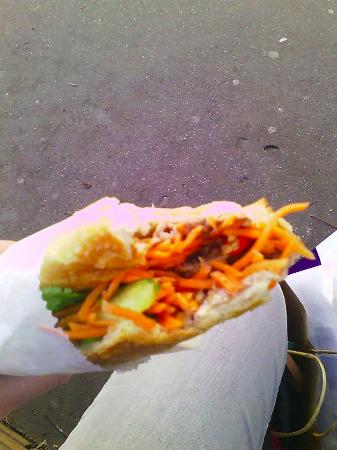 I have already mentionned Khai Tri in my top 10 Vietnamese restaurants in Paris. This bookshop serves typical delicious Banh Me vietnamese sandwich. They consist of crisp baguette bread stuffed with veggies and meat, and at lunch time, it is not rare to see customers on their lunchbreak lining up in front of the bookshop.

Bonus Point: the Banh Me costs less than 5€!

This article is now over, I hope it was useful to you! I know it can be quite tricky to find food in Paris that affordable to eat out, given that even some McDonald’s menu are above 10€!

But trust me, this list features restaurants that are way above your average fast food or kebab place (and I love kebab, they also are a great option for an affordable meal under 10€)

Some of the addresses cited above are true gems here in Paris, and visited more for the taste of their meals than for their affordable prices.

I think restaurants are great spots to get to know a particular neighborhood like a local. If you are interested in experiencing Paris like a true Parisian, some locals are giving free tours to help you discover the hidden gems in the most iconic neighborhoods of the French capital. Click here to book yours!