What To Do on Sundays in Paris

What To Do On Sundays In Paris

For anyone that arrives on a Sunday for the first time in Paris, or anywhere in France for that matter, will be shocked to find empty streets and closed shops, thanks to the mostly hibernating population.

During the Third Republic of France in 1905, state secularism was established and people were no longer obliged by law to stop work and attend church on Sundays. Despite this, there is a strong sense of tradition in France, and so everyone would rather relax at the end of the long week.

So, what happens if you planned a weekend trip? If you are worried you will be wasting your day just sleeping in and not leaving your hotel room, you can think again!

Fear not, Paris on a Sunday does not transform into a ghost town. In fact, you will find plenty of chefs, waiters, waitresses, barmen and barmaids that have kindly sacrificed their day of rest to bring us the brunch experience.

Brunch generally begins at 9am and lasts until 4pm, depending on the restaurant. In Paris, allow yourself a good hour or two to really make the most of the buffet, to savour your “formule”, and catch up with your friends.

Prices are usually between 15 euros, up to 100 euros in certain luxury hotels like The Shangri-La or Le Marriott.

You will find the more modest menus at places like Twinkie Breakfasts, open from 10am, or HolyBelly from 9am.

For something a bit different, why not combine a stand-up comedy performance with your meal? Book a table at The Comedy Club in the 10th arrondissement from 30 euros.

The French are known for socialising best over food, and this Parisian habit is the equivalent of a long family dinner at Christmas. The only difference is, it’s every week. Foodies rejoice!

Once you have filled up on all the food, it is highly recommended you go for a walk.  Even though a nap is tempting, it is important to keep moving and digesting! I recommend making the most of the museums, as they are all open on Sundays and there is free entry on the first Sunday of every month.

If you are looking to cover a lot of distance after your brunch then feel welcome to head to the Louvre (60 600 m2) or perhaps the Musée d’Orsay (57 400 m2). For those that want to avoid stomach cramps from too much walking, visit Museum of the History of Medicine, which fits in all entirety into one hall.

For those that are more interested in animals than humans, why not the Museum of Hunting and Nature. There are three floors to discover, the exhibition set in a well preserved old mansion. 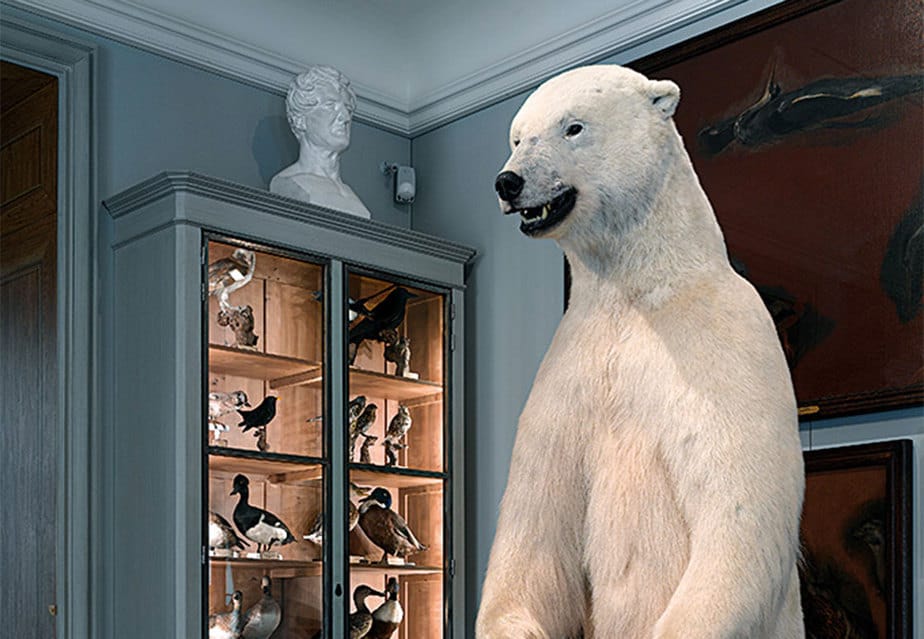 The Museum of the Police Prefecture is another overlooked gem of Paris, where you will scratch back the surface on the city of lights. Not much bigger is the Museum of Paleontology – a hall that will dazzle you with its whale skeletons and marsupial exhibits. Even better, it is right next to the Jardin des Plantes, a perfect place to stroll and exercise off all that breakfast. 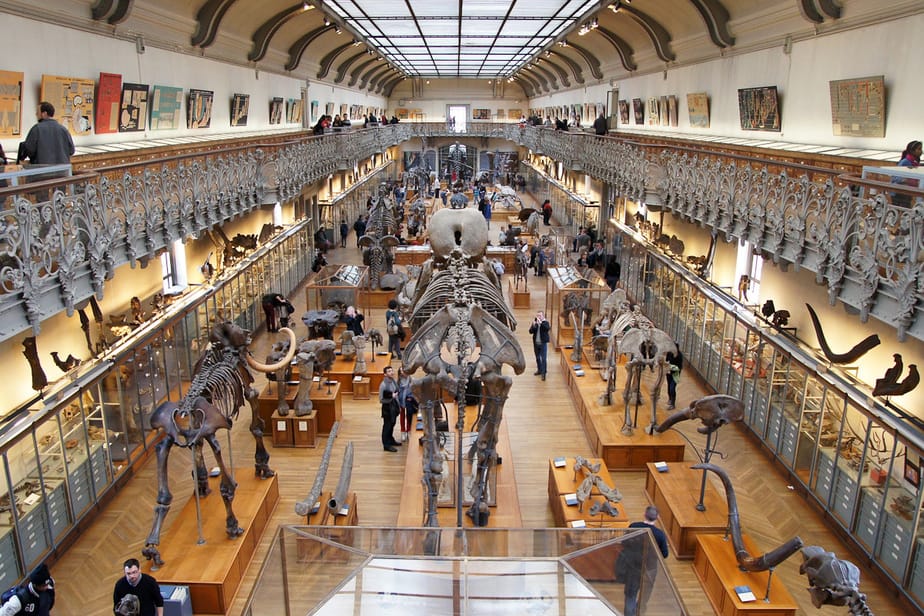 If you would rather meander outside than be indoors, why not take one of our walking tours on the left bank – the same side of the river as most of these museums!

One afternoon in Paris

If you ended up at the Jardin des Plantes on the left bank, walk 5 minutes to find la Grande Mosquée de Paris. Girls, today you are unlucky and won’t be using the hammam, as only men are allowed on Tuesdays and Sundays – go tomorrow. 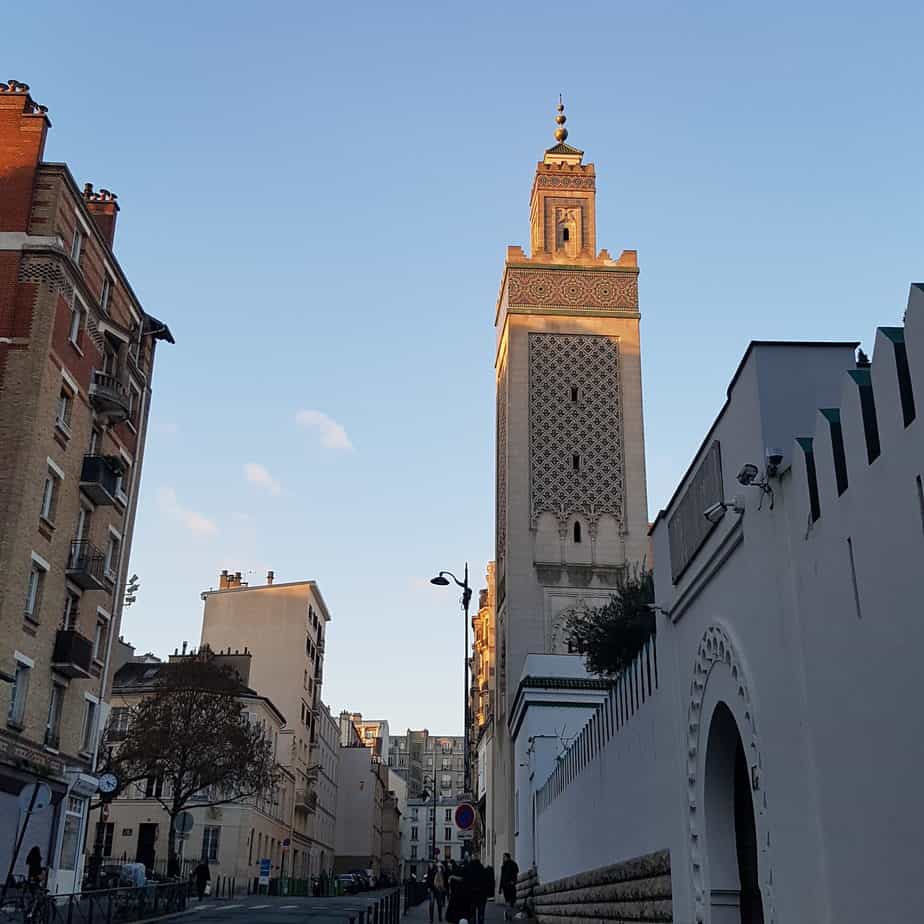 In the meantime, you can enjoy a glass of hot mint tea and authentic Arabic pastries at the café. Make yourself comfortable in the outdoor courtyard as the colourful mosaics, climbing ivy, and wafts of sweet Shisha will set you in an exotic trance. After a long week and you might even dose off. 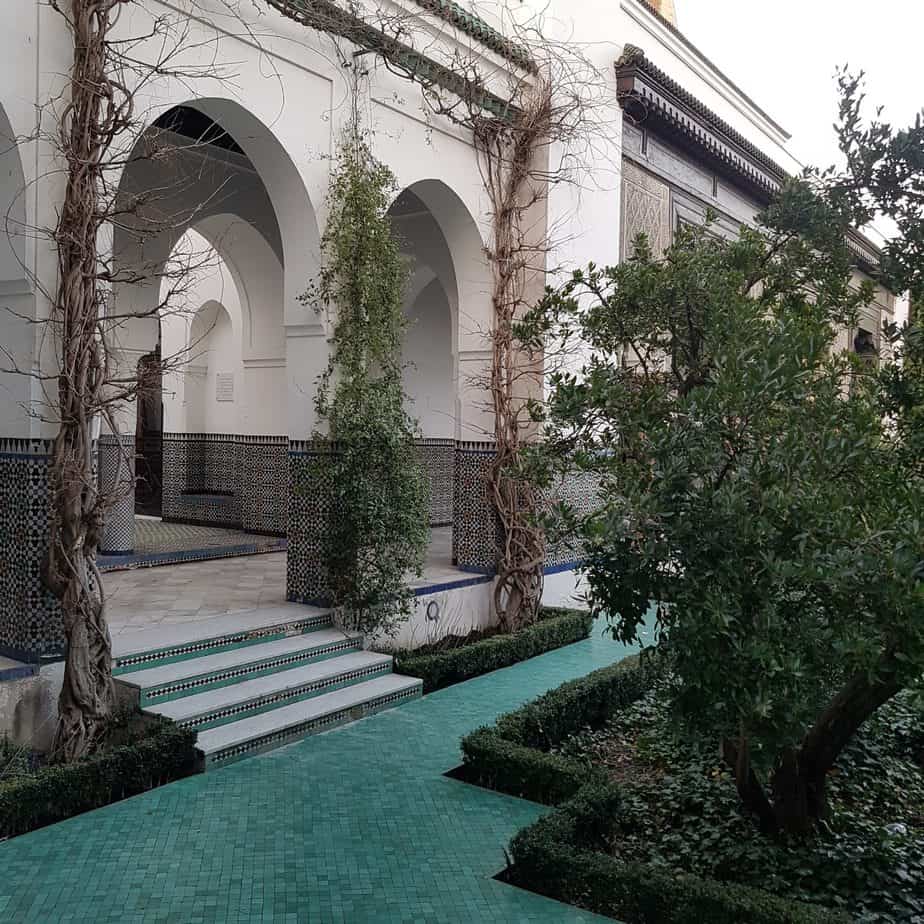 Once you have had a little sit down and a sugar kick from all that Baklava, it is time to head to AccorHotels Arena where you will find an indoor ice skating rink open until 6pm. The disco, night club music and light effects will make you feel like you are already out dancing. You only need an hour to enjoy yourself as it really works up a sweat, and we don’t want to melt the ice.

For the super-humans that still have energy after this jam-packed day, there are plenty of night clubs open for business until the wee hours of Monday morning. Places like Le Duplex, near les Champs Elysees will give you free entry before midnight, and for girls (yes, to compensate for the lack of hammam spa) 2 complimentary glasses of sparkling wine. For a more relaxed vibe, take a walk along the Seine and find yourself at Le Faust, a more upmarket bar right on the banks of the river. Known for its bobo scene (Bohemian-Bourgois) there is an opportunity to meet plenty of interesting people, from the comfort of your deck chair. Open till 2am, there is no shortage of fun and activity on Sunday nights. 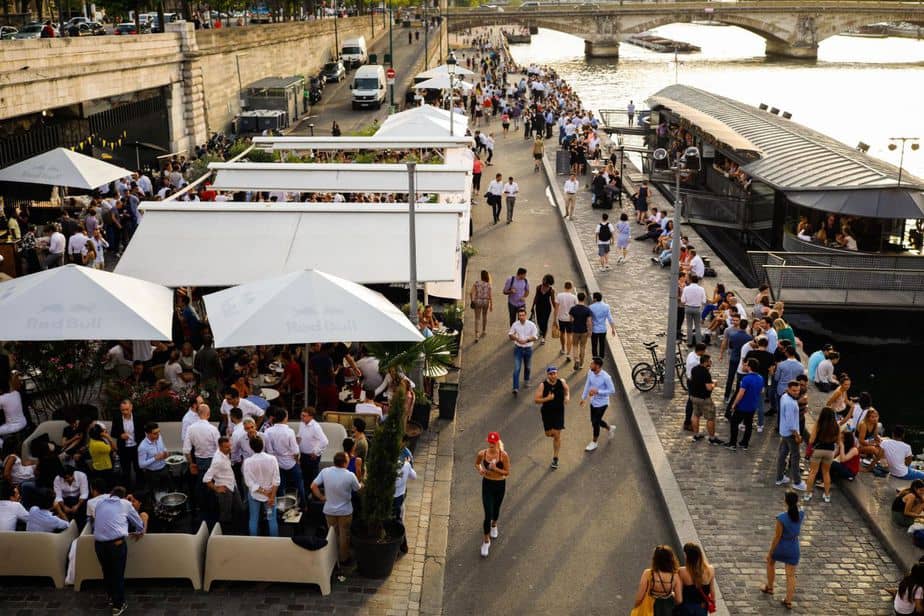 I hope you feel inspired to plan your Sunday in Paris. Embrace the slower pace and remember to take your time. Time doesn’t exist on this day – eat when you’re hungry, sleep when you’re tired, and set your own schedule! 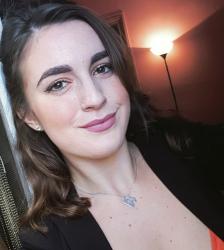