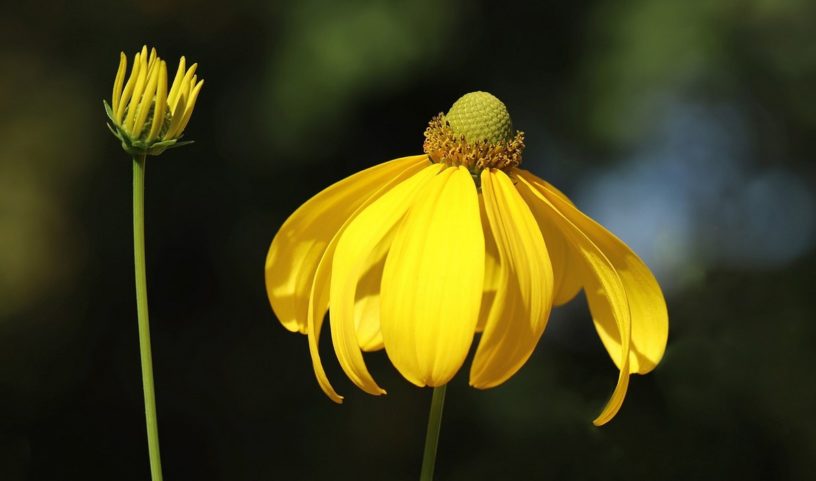 Lisbon is a city that has different alternatives to visit, from those who appreciate the culture and ancient architecture to those who love nature. And what better place for nature lovers, gardens and green spaces than the Cold Greenhouse in Lisbon. It is a botanical garden located in the renowned Park Eduardo VII, which has an area of 1.5 hectares and is divided into 3 areas.

The largest and best-known part is the popular cold greenhouse. This area mentions its name because it has been developed as a totally natural environment which allows the propagation of different plants without the need to apply a heating system. Next, let’s learn more about this beautiful garden to make it a pleasant walk surrounded by nature.

In the 19th century, there was a basalt quarry in the city of Lisbon. However, this place did not have much boom, although it remained a spring of freshwater, which compromised the extraction of stones and therefore the quarry was forced to close.

Previously, at the beginning of the 20th century, Lisbon’s well-known Cold Greenhouse was not just a lavish botanical garden, but a remote area where there was an abandoned basalt quarry.

At that time, the quarry had to close because a waterway was discovered at the site that made rock extraction difficult, and it was then that a gardener used the cave to protect a collection of plant species from all over the world that he maintained with such affection.

The gardener had the idea of proliferating his spices on Avenida da Liberdade, which at that time was the city’s new and main avenue. However, when World War I began, his plans were disrupted and the old cavern where the quarryonce stood had to be abandoned again.

However, subsequent events were not entirely bad. It turns out that the environment where the quarry was located was the ideal environment for the gardener’s plants to reproduce and bloom creating a wonderful and unexpected garden in a very short time. 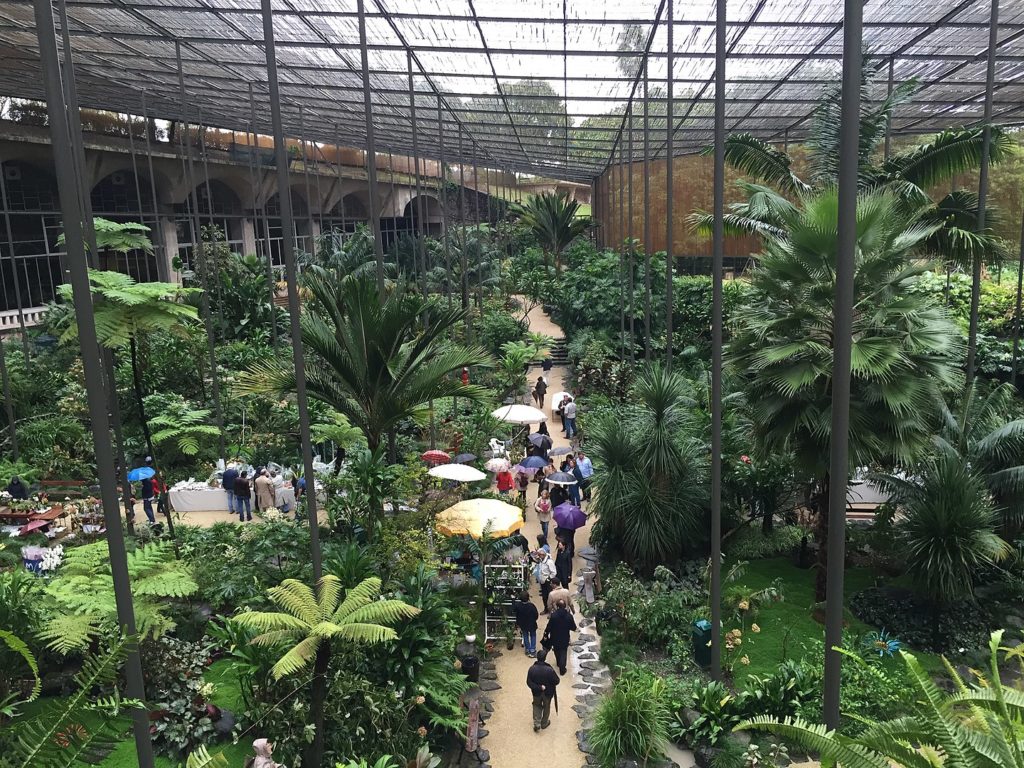 It was then in 1926 when the painter and architect Raúl Carapinha had a meeting with the place and came up with the idea that this place would be perfect for establishing a greenhouse. This impressed the authorities of the Lisbon Council, and the “Cold Stove”, as it is known today, had its inauguration in 1933. Since then, more than 300 species of plants have spread, surrounded by beautiful lakes and waterfalls.

During 1940s, Edward VII Park had to undergo various changes in its landscapes, which succeeded in obtaining what is perceived today. The greenhouse was restored with a new entrance, another lake and a large living room built under the “Alameda do Parque”, also known as “La Nave”. This hall was the municipal theater for several years and is still used for recreational or cultural activities.

By 1975, the hothouse and the sweet house were already open to the public. These were elaborated thanks to the idea of the engineer Pulido García. Since then, plant species from tropical and equatorial climates can be found in these areas on a permanent basis.

Once the inauguration took place, more and more plant species were discovered, and the place has been constantly renewed. During 1940 a lake was introduced into the garden as well as a hall for parties and events. For the year 1975, new renovations were made and the “Estufa Quente” or Hot Greenhouse and the Sweet Greenhouse, or as it is known in Portuguese “Estufa Doce” was created. These allowed the implementation of new plants of tropical origin, and cactus and succulent, respectively.

Inside the Cold Greenhouse

Its main area, the Cold Greenhouse, has its name because its natural environment has the optimal conditions to maintain the temperature of the room as a natural system. It does not need any heat generating mechanism to promote the growth or development of plants. Around this is a wooden frame which is responsible for protecting the greenhouse when temperatures drop in winter and screens the light to protect the space from excess heat in summer.

This environment provides the ideal temperature for the cultivation of other plant species from other countries such as China, Australia, Peru, Mexico, Brazil, the West Indies, and Korea. The rarest species found in the Cold Greenhouse are Tasmanian tree ferns (Dicksonia Antarctica), azaleas (Rhododendron spp.), and camellias (Camellia japonica). In addition, a whole footbridge can be found along the original bedrock which offers a beautiful old quarry. You can also find a great variety of plants, trees, waterfalls, lakes and even sculptures that contrast with the environment in a unique way.

To create the ideal climate for all the plants in this greenhouse is used the roof of wooden slats and some screens of sheets, this roof does not use glass, as in most other greenhouses. In this greenhouse, you can really develop any type of plant from anywhere in the world.

In addition to the species mentioned above, other tropical species housed in this greenhouse are palms, ferns, and bamboos, which have a style of irrigation like rain and make the atmosphere perfect for this type of plants. Really walking in this environment is an extraordinary sensation, and not only for adults or nature lovers but also for children and for those who “don’t like” nature.

In addition to trees, you can also find flowers such as rhododendrons, azaleas, and camellias. Among the most colorful flowers are the Fuchsia arborescent and the Fuchsia corymbiform; on the other hand are the carpets of Begonia sp. and Ophiopogon.

Entering a little beyond the Cold Greenhouse is the Hot Greenhouse, in which most of the plants from the more tropical climates are located. This greenhouse has a glass roof which is heated so that the internal temperature favors the growth of the plants in it. This was built in the 70s and has an area of approximately 3,000 m2. Some of the specimens found here are coffee trees (Coffea Arabica), mangos (Mangifera indica) or bananas (Musa spp.).

The smallest greenhouse of the three, which has an area of approximately 400 m2, is the Sweet Greenhouse. There are different types of cactus and some succulents. The sweet greenhouse complements the three parts of the garden that make up the area that tourists can visit. However, you can also find the lake that is very beautiful to enjoy a beautiful landscape.

A tourist can make the complete tour of the garden in an hour or less, however, this is a place worth coming to enjoy a whole afternoon contemplating the different environments and a large number of green tones that can be appreciated.

In addition, it is an excellent escape from the city where it is often stressful. In the garden, you can find some benches that will allow you to sit to admire the views or even spaces where you can sit on the floor and lie in the middle of nature for complete relaxation.

This giant garden or greenhouse has as its main mission to become one of the first tourist attractions in Lisbon. Not only as a place to come to know but also as a place of leisure, where families and all visitors can see it as an educational resource of the city.

In addition, it is important for the garden to promote the conservation of biodiversity and its sustainability. It is about being an attractive place, relaxing and promoting the care of nature.

To find this beautiful and unique greenhouse just go to Eduardo VII Park, this is located between Alameda Engenheiro Edgar Cardoso and Alameda Cardeal Cerejeira, Lisbon.

First, you should know that the garden has two different schedules; one for summer and one for winter.

If you are walking during the summer it will be open from 10:00 a.m. to 7:00 p.m. Summertime begins on the last Sunday in March.

Winter hours begin on the last Sunday in October.

For either time the last chance to enter is 30 minutes before closing. The garden is open every day except January 1; May 1; and December 25.

La Estufa Fría is located in the center of the city, inside Eduardo VII Park. You can reach it through the metro system; the nearest stations are the Marqués de Pombal and the Parque station. This park also functions as a site for conferences, concerts, events, etc. 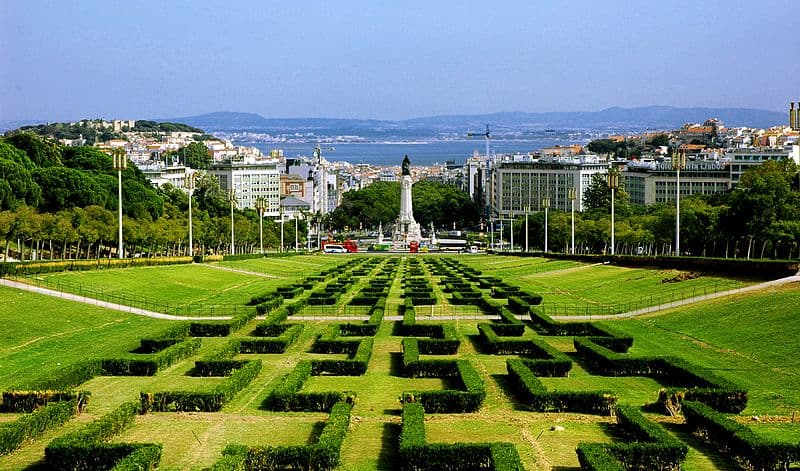 Many people, including tourists and even inhabitants of Lisbon, are unaware of the existence of this place. In this park, it seems that time stands still and lets its visitors immerse themselves in dense nature to forget the problems and situations of the rest of the city.

You can walk in the greenhouse through a guided visit by the person in charge of it, Fernanda Castiço. In addition, you can share your enthusiasm with nature and the others in charge of the greenhouse, who do their work with a lot of love. Most of them have been working here so long that this greenhouse has become their home.

Having among its gardens more than 300 species, you can admire different types of ferns, which are the representative symbol of the greenhouse; Brunfelsia, whose flower is born of a purple color, then turns blue and ends up being white; several species of fuchsia; the tropical mangoes; several types of bananas; sugar cane and even the tobacco plant, all this and more.

There are even those who say that in this garden you can find species of unregistered plants, so it could be a good opportunity for botanists and agronomists to discover something new.

This greenhouse, garden and park is an excellent place to enjoy nature, either with family, friends or even for a solitary clearing. In addition, if you have the opportunity to go during an event you can make your experience really incredible and unforgettable.