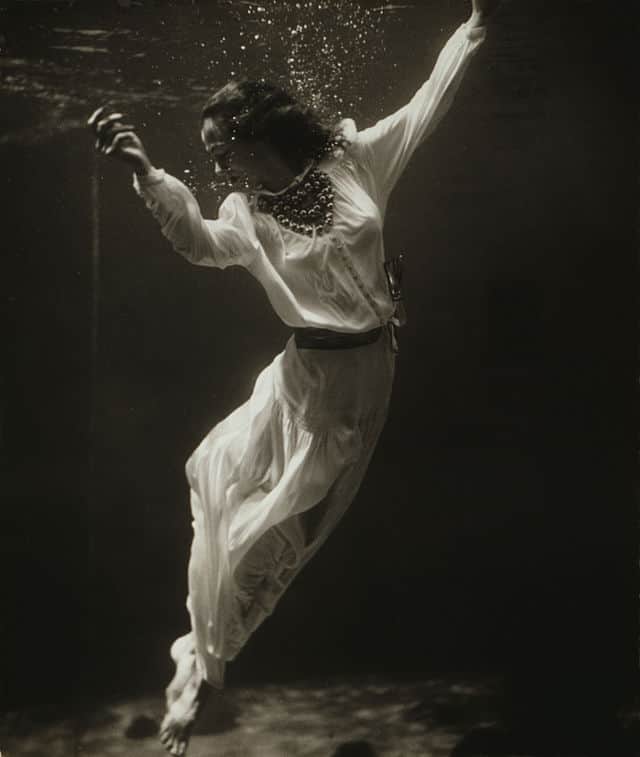 Some ‘America’s Next Top Model’ contestants landed in second or third place and are now considered household names.

Every single season of  America’s Next Top Model has been intense and fun to watch. The models went against each other competing for grand prizes of modeling contracts and hefty amounts of money, all while being mentored by model extraordinaire, Tyra Banks.

Some models ended up winning the competition but didn’t go any further than that, a situation many talent competition winners face, however, a few big names managed to make it just as big in the real world!

While the series is long gone, many models who landed in second or third place are now considered household names from Winnie Harlow, and Nyle DiMarco, all the way to Eva Marcille.

When it comes to America’s Next Top Model, there is no denying the influence that contestants such as Eva Marcille, who went on to join the Real Housewives of Atlanta, or Nyle DiMarco the first-ever deaf winner, truly have.

When it comes to “being on top” as Tyra Banks famously said, it’s Winnie Harlow who takes the cake. The supermodel has graced Victoria’s Secret catwalk, collaborated with Kim Kardashian’s KKW Beauty company, and landed on the cover of countless magazine covers, proving herself as a force to be reckoned with.

Here are the top 10 most popular American top models.

1. Fatima Siad has modeled for Dries Van Noten and Hermès 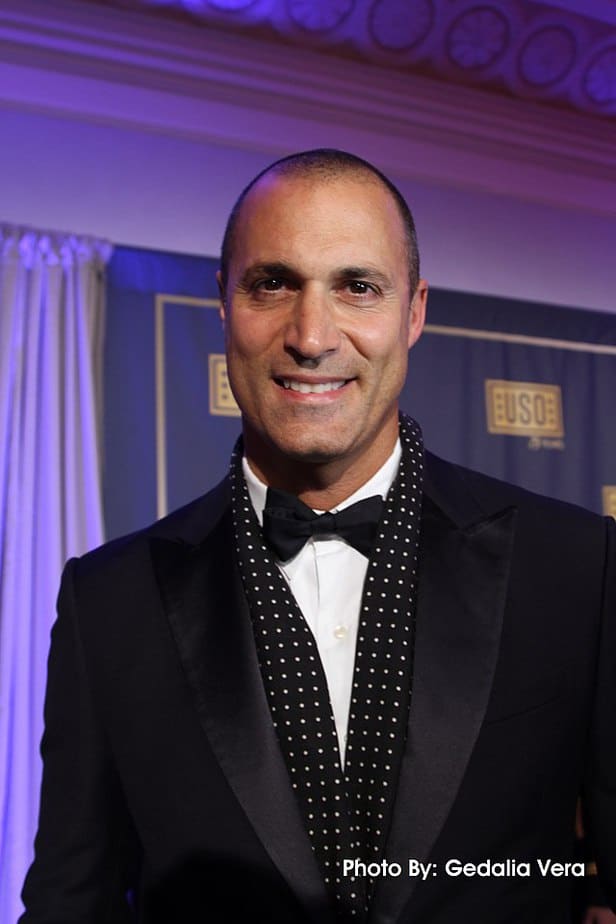 Fatima Siad was a model who attempted to win the title during cycle 10 of the show. ANTM was a more enjoyable show to watch that season because of Fatima. She was super likable and honest with what was on her mind.

Since the series ended, she started walking prestigious runways as a model. She modeled for Dries Van Noten and Hermès. She also posed for Nylon magazine, claiming to have officially broken the ANTM curse! 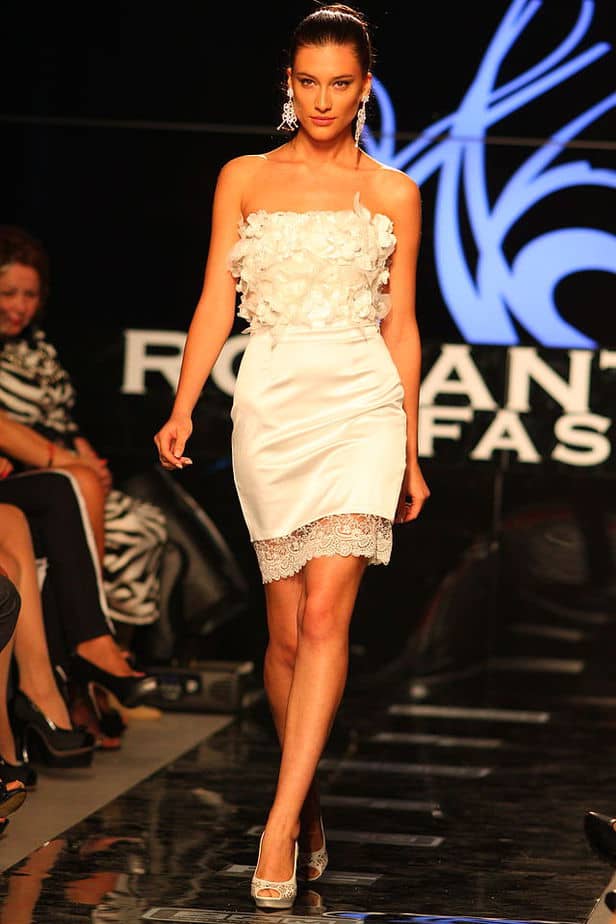 Bre Scullark was a contestant in the fifth cycle of ANTM. She feuded hard with the winner of the season, Nicole Linkletter but that should not be what people remember her the most for.

After going to rehab for addiction recovery,  she ended up leaving on yoga to find inner peace. She started hosting yoga lessons in low-income communities for people who couldn’t afford expensive gym memberships. 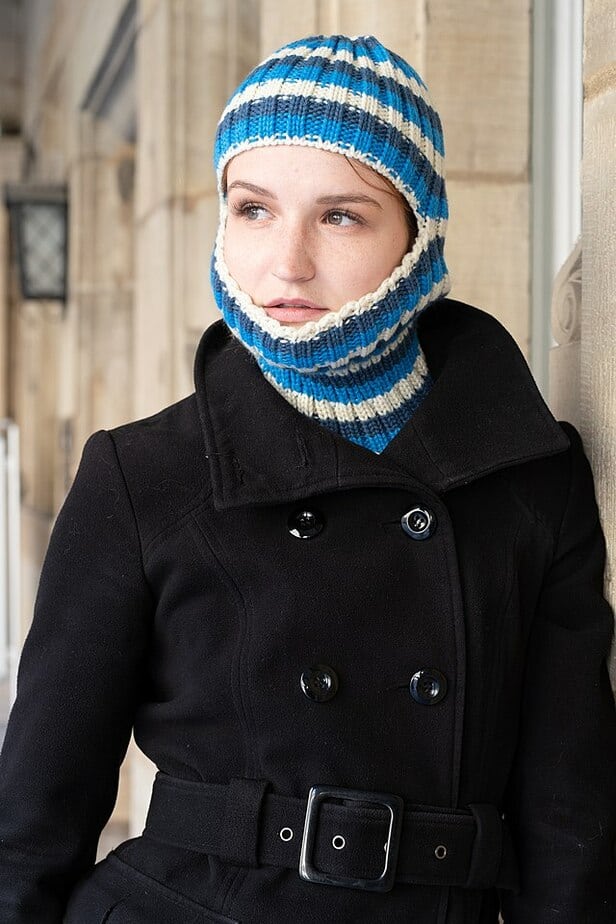 Balaclava as a suggested fashion piece for winter 2018/2019. The two basic ways cover the whole head and neck. Showing only the framed face. The hair peaking out is not unwanted. As she is not a motorcyclist and hair obstructing her sight can easily be removed.

Yaya DaCosta didn’t take home an ANTM title but she was a finalist who had the right look as well as the passion. She starred in a 2006 movie called Take the Lead but her acting roles don’t stop there.

She landed recurring roles on shows like All My Children, Ugly Betty, and Chicago Med. A career in modeling swiftly turned into an acting career for the talented beauty. 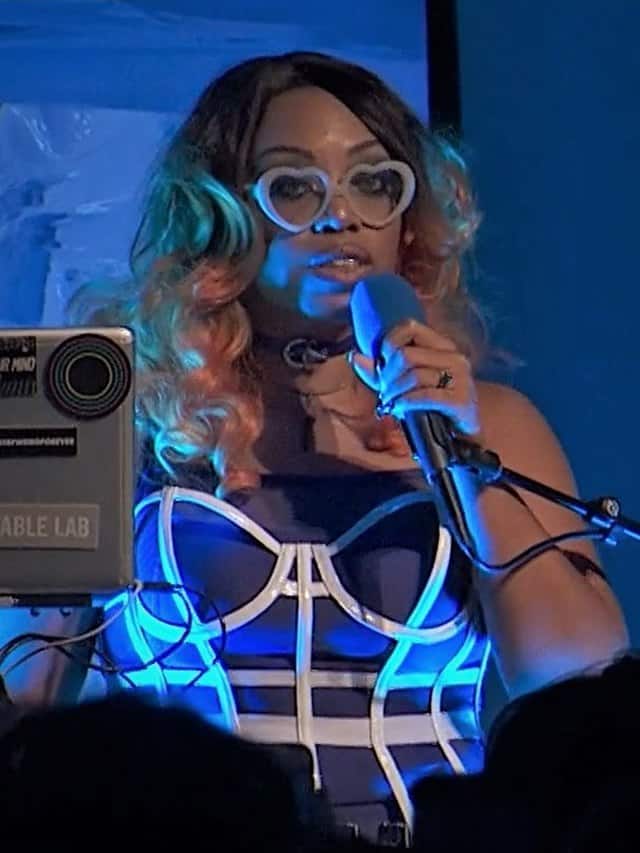 Allison Harvard made a name for herself on both cycles 12 and 17 on America’s Next Top Model. The star was known for her big features, which certainly stood out in photos.

Luckily for Allison, the model has since become one of the biggest names to come out of the show, landing herself deals with Got2B hair products, Lime Crime makeup, and appearing in magazines such as Vogue, and Harper’s Bazaar.

5. Cassandra Jean Whitehead got a haircut that she disliked 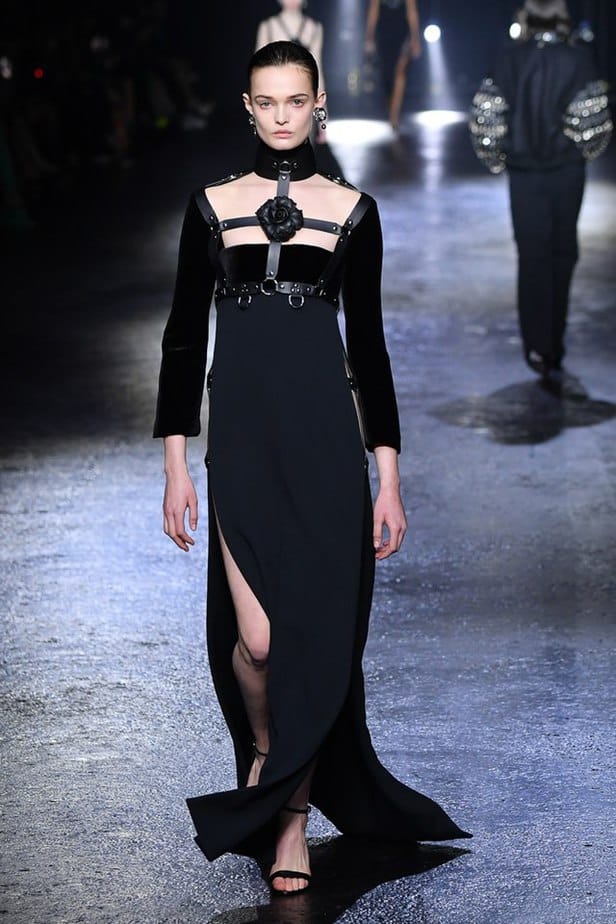 Cassandra Jean Whitehead was a contestant on the fifth season of ANTM who got a haircut she did not like. In fact,  the haircut caused her to break down in tears because she was so unhappy about it. She went from having long, dark hair to having short, blonde hair.

The haircut resembled a fairy and she was gorgeous enough to rock it but she didn’t care to. She ended up getting married to Stephen Amell and guest-starring in One Tree Hill, Mad Men, and Arrow.

6. Eva Marcille is a prime example of American model who has transitioned into the acting profession 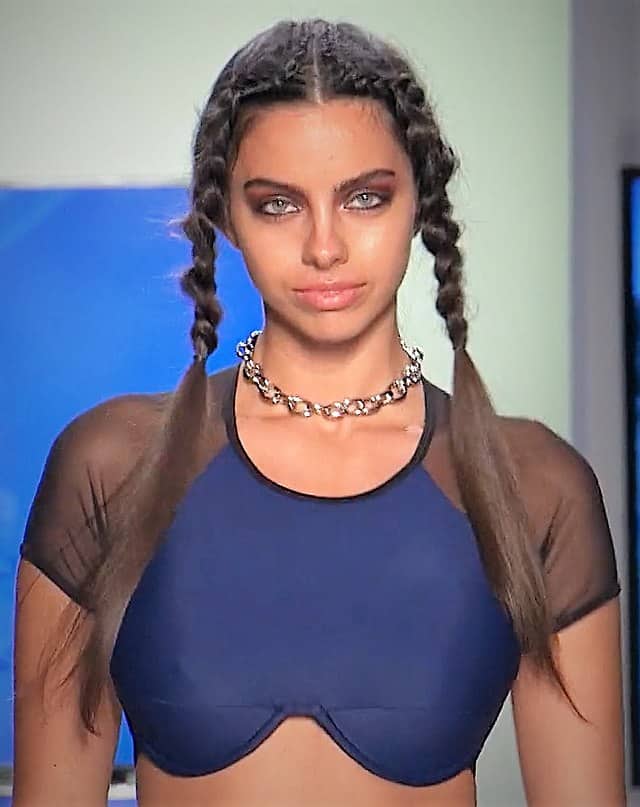 Eva Marcille won the third season of ANTM and she 100% deserved it. The title belonged to her, undoubtedly. She ended up landing small parts in shows like Smallville, The Young & the Restless, and House of Payne.

She is a prime example of models being able to become actresses through a super easy transitional process. She became a reality TV queen when she joined the cast of The Real Housewives of Atlanta, however, in 2020, the star revealed she would be leaving the franchise for good! 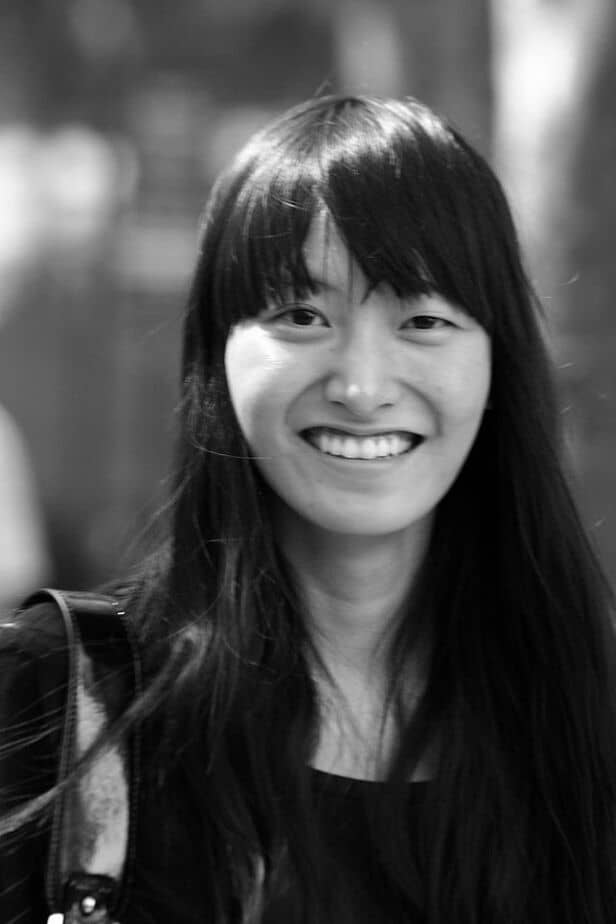 Tyra Banks called out the obvious and told Analeigh that they were meant to be an actor– and Tyra was right. Lio ended up starring in Crazy, Stupid, Love with Steve Carell, Julianne Moore, Emma Stone, and Ryan Gosling. They fit right in amongst the list of A-Listers.

Winnie Harlow was eliminated during the first week of ANTM, however, she ended up returning for the comeback series. The second time around, she placed sixth.

She was the first girl to compete with vitiligo, the skin condition that she has embraced wholeheartedly. She has since become good friends with the Kardashian-Jenner family, especially Kim Kardashian, with whom she paired up for KKW Beauty. The model is now dating Lakers player, Kyle Kuzma, who she claims slid into her DM’s to shoot his shot!

9. Natalie Pack transitioned from being a model to a pageant girl 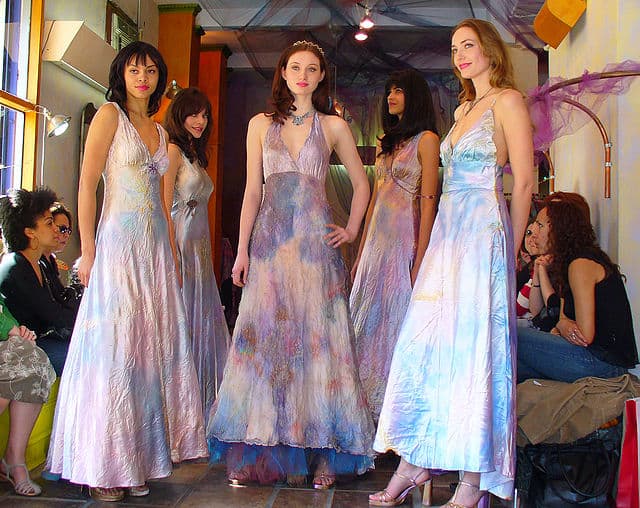 Natalie Pack ended up winning the Miss California crown after her ANTM days. She went from model to pageant girl. She continued her career as a model as well with Guess campaigns.

Being a Guess model is a huge deal and it is something Natalie Pack has already accomplished. She modeled for uses between 2015 and 2018. She also got married to a man named Aaron O’Connell, who just so happens to be an actor!

10. Nyle DiMarco is a major advocate for the deaf community 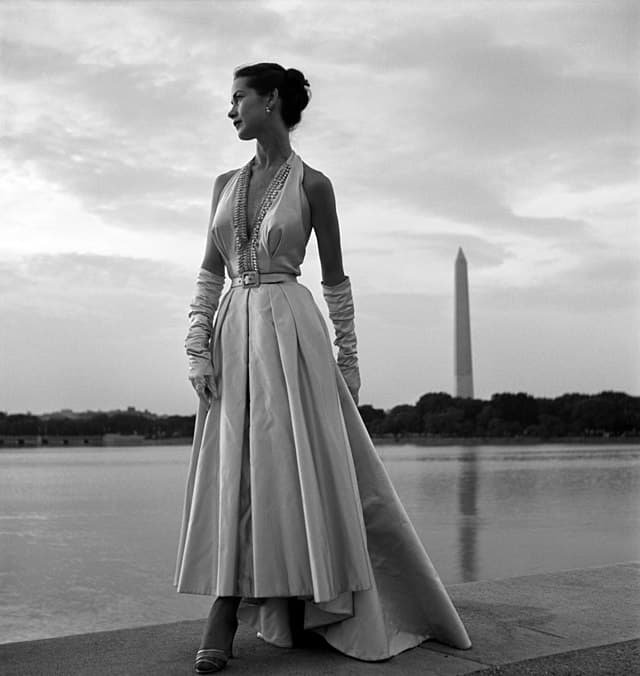 Fashion model posing in an evening gown on the steps of the Jefferson Memorial, Washington, District of Columbia, with Tidal Basin and Washington Monument in the background. Photograph by Toni Frissell – Wikimedia Commons

Nyle DiMarco made headlines when he took home the win during ANTM back in 2015! This marked Nyle as the second male to ever win the competition and the first deaf contestant to snag the title of “America’s Next Top Model”.

The star has since gone on to become a major advocate for the deaf community, all while taking on an array of modeling gigs and landing on the cover of Paper, Gay Times, Nylon, and Attitude magazines to name a few, proving himself to be quite the success.