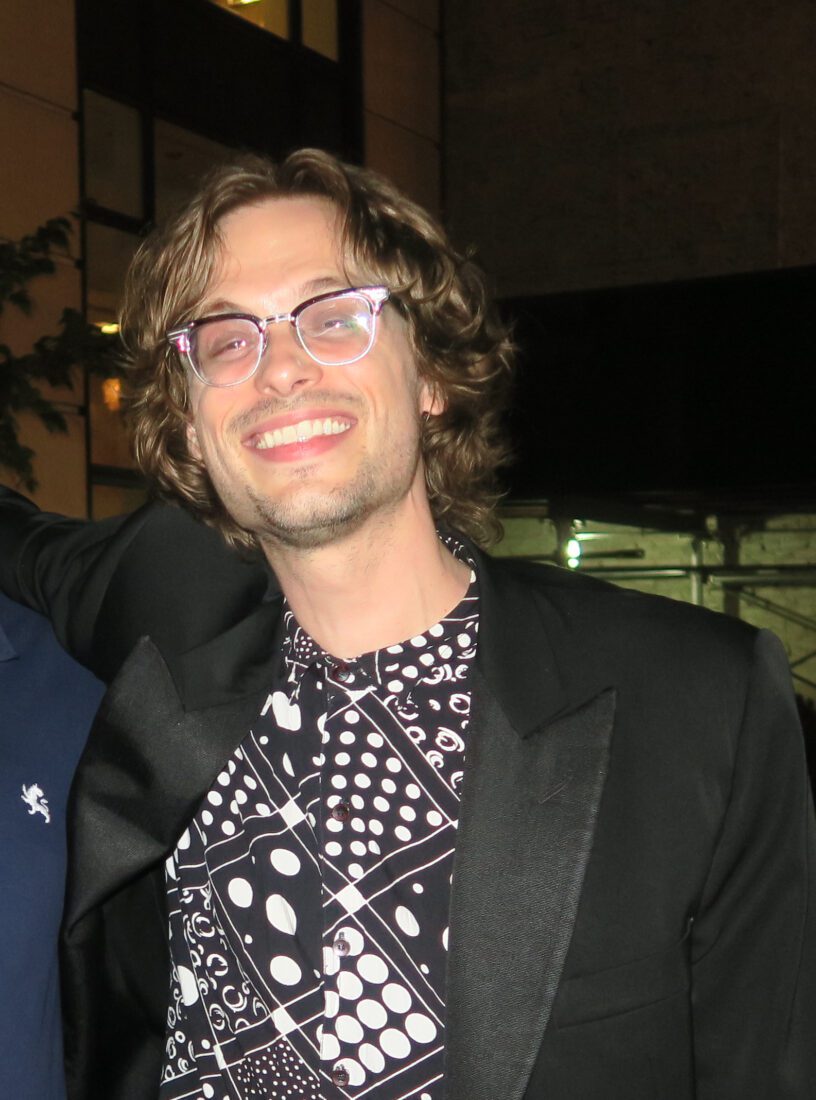 Matthew Gray Gubler was born March 9, 1980. He is an actor, filmmaker, fashion model, painter, illustrator, director, and author from the United States. He is best known for his portrayal of criminal profiler Dr. Spencer Reid on the CBS television show Criminal Minds, which he also directed several episodes.

Gubler has appeared in several films, including:

His mother was a political consultant Marilyn and father an attorney-John Gubler. Gubler is a Las Vegas Academy of the Arts high school graduate who studied acting because the school did not offer his first choice, filmmaking. He received his bachelor’s degree in film directing from New York University’s Tisch School of the Arts.

1. He used to model before becoming an actor 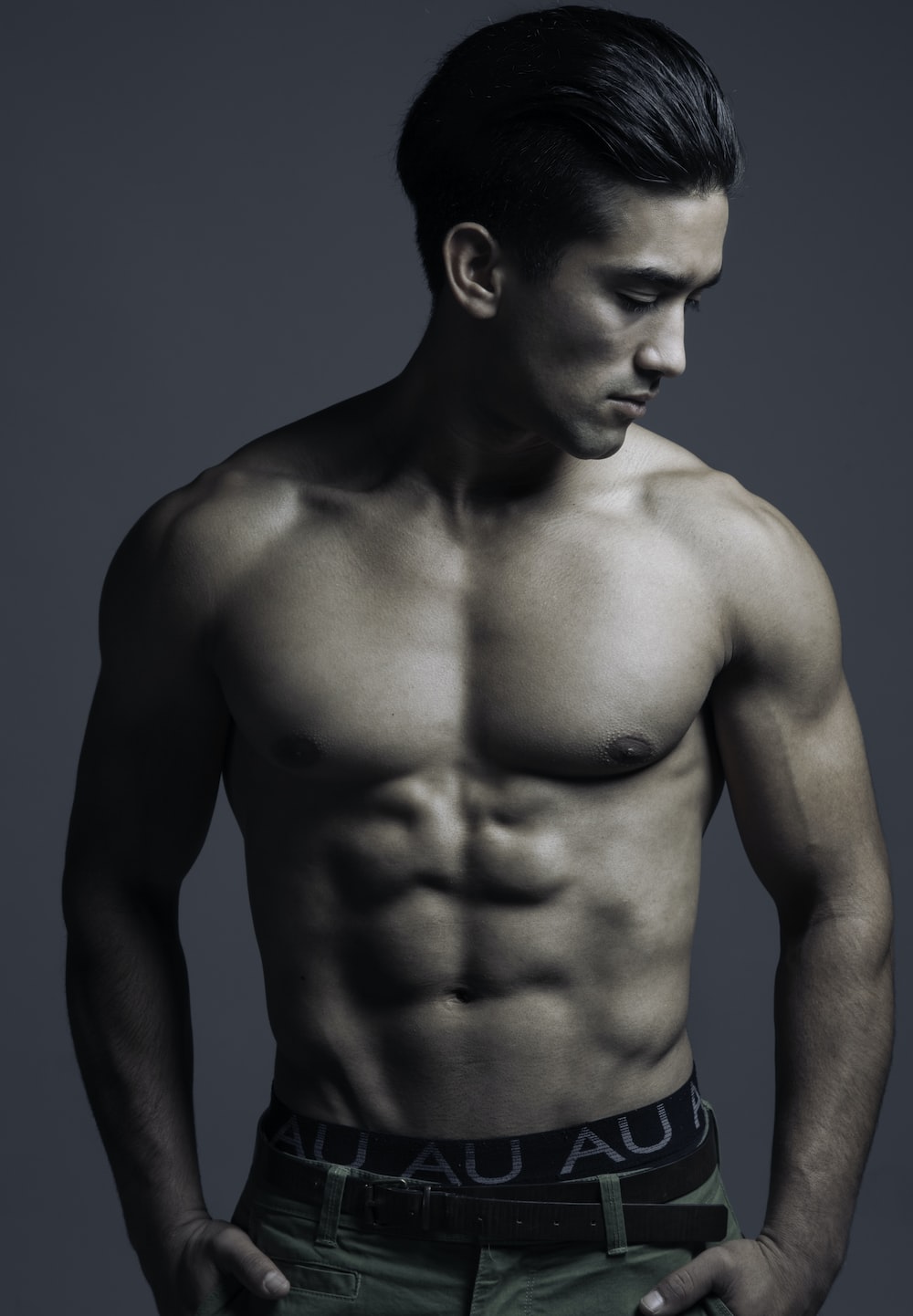 Gubler modeled for Calvin Klein, American Eagle, Tommy Hilfiger, Marc Jacobs, and many other well-known fashion houses during his modeling career, which he used to fund his filmmaking.

At one point, he became so well-known as a model, and he performed so well on the runway, that he was named one of the top 50 male models in the world. 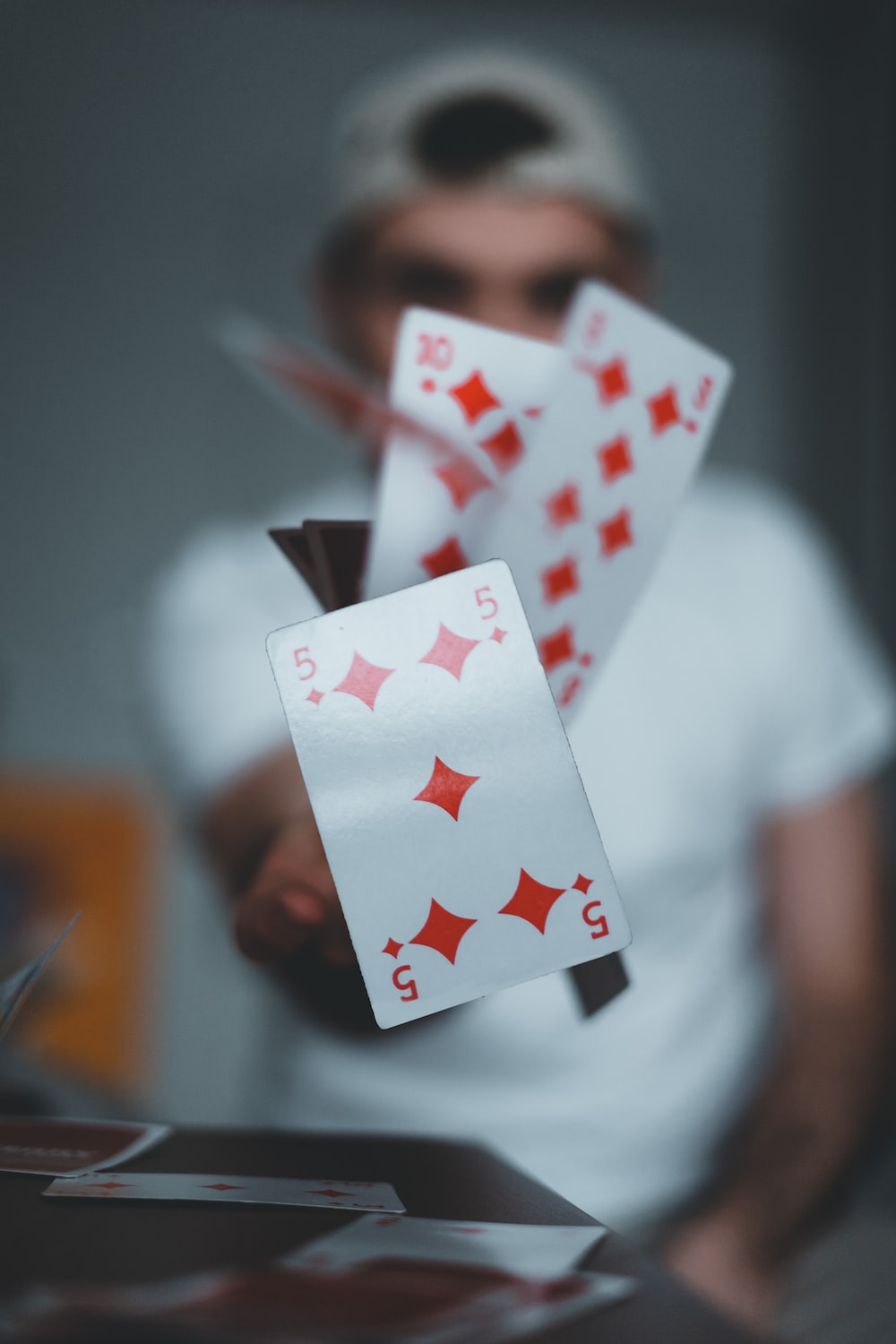 Fans of Criminal Minds will recognize that Dr. Spencer Reed enjoys magic tricks. Dr. Reid enjoys performing optical illusions, card tricks, and physics-based balancing acts for friends and strangers alike. And, much to the delight of many of his fans Matthew Gray Gubler shares this trait with the character he plays.

As a once-popular YouTube video demonstrated, he may not be as good at tricks as his genius persona on Criminal Minds, but he is better than most people at the old sleight of hand. This has to do with his background. When he was six years old, he expressed an interest in magic and his parents hired a magician to teach him some tricks. He still enjoys performing magic tricks and pulling pranks on his Criminal Minds co-stars.

3. Paget Brewster is his best friend 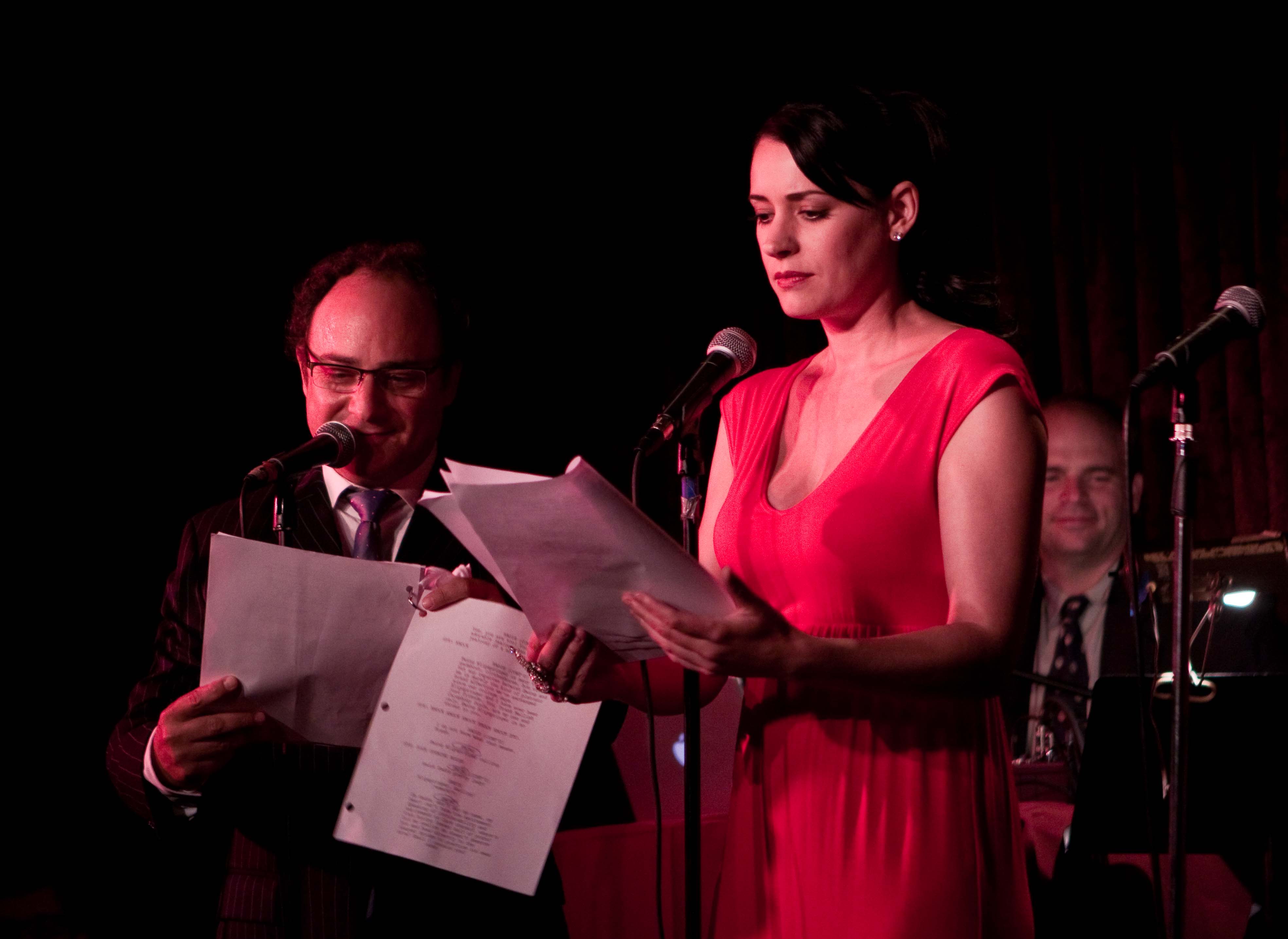 In Criminal Minds, the entire team is depicted as close, almost like a family. Spencer Reid and Emily Prentiss appear to have an especially close bond, and Reid is devastated by Prentiss’ abrupt departure in season six. There’s a reason for the apparent chemistry: Matthew Gray Gubler and Paget Brewster (the actress who plays Emily Prentiss) are best friends in real life.

He frequently refers to her as his closest friend, even implying that she is a female version of him. Gubler and Brewster are frequently seen hanging out on and off set.

4. Gubler is a registered minister 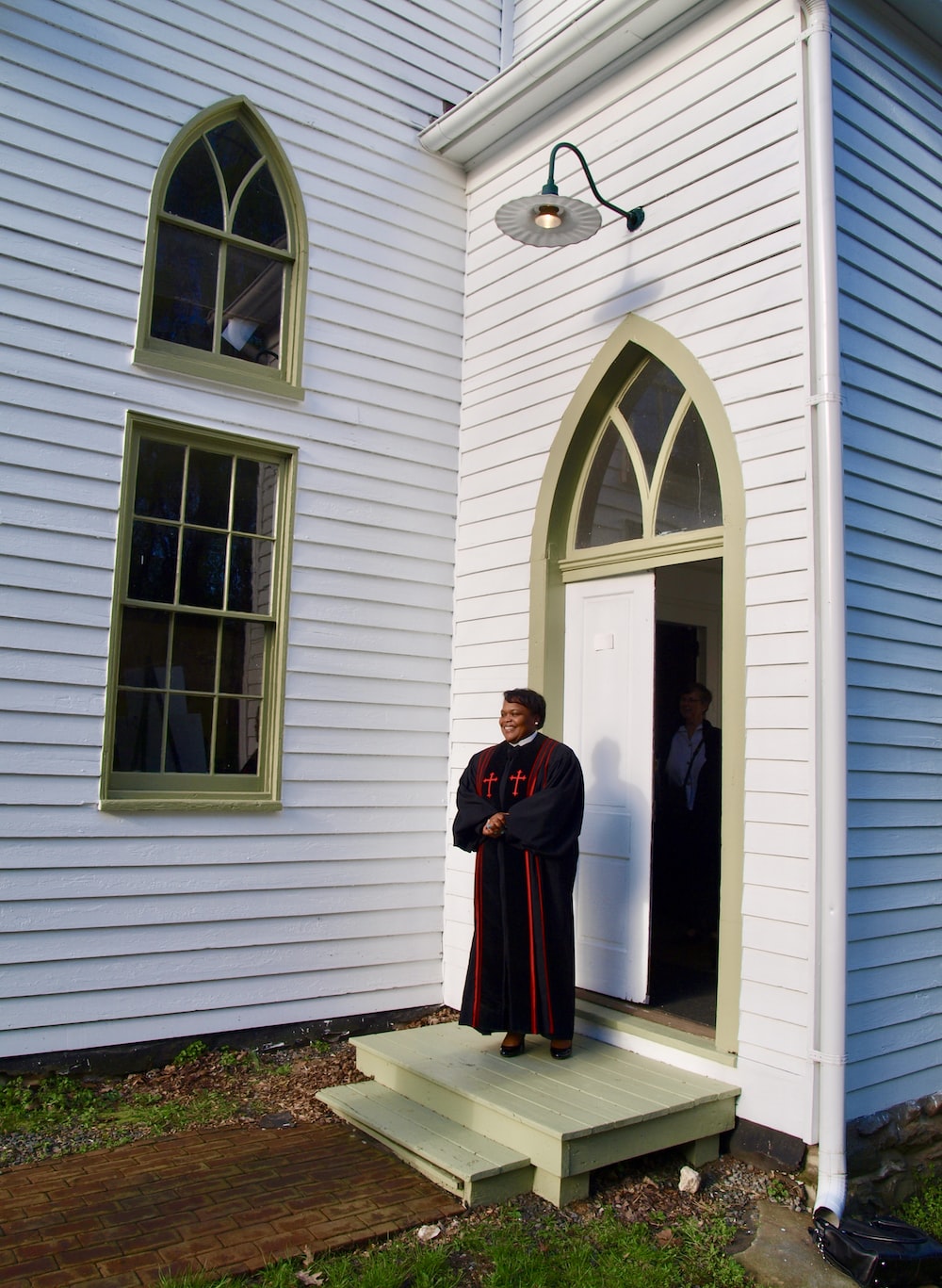 A minister standing next to a white wooden building. Photo by Diane Helentjaris. Unsplash

Gubler allegedly introduced Brewster to the man she would eventually marry. Steve Damstra was Gubler’s close friend before he joined Criminal Minds, and he was the one who suggested introducing him to Brewster.

Brewster and Damstra hit it off immediately, fell in love, and decided to marry. They actually asked Matthew Gray Gubler to be the officiant at their wedding when they got engaged, and he agreed.

He was officially ordained as a minister in October of 2014, and he married Brewster and Damstra a little more than a month later.

5. He was bullied as a child 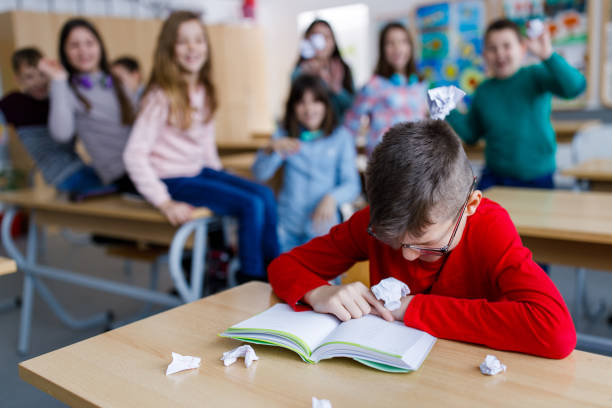 Child being bullied at school. Photo by StockPlanets. Unsplash

Matthew Gray Gubler was bullied as a child. He is adamant that, while bullying was unpleasant at the time, it ultimately strengthened him and made him completely unafraid of loving what he loves.

Despite his positive attitude, Matthew Gray Gubler dislikes being called Matt and prefers his full first name, Matthew, because he associates the nickname Matt with the people who used to bully him when he was younger.

6. Gubler lives In A ‘Haunted Treehouse’

He lives in Pasadena in what he calls a “haunted treehouse,” a sprawling, foliage-lined castle-esque structure that was once an old hotel in the 1920s. It has spiral staircases and a fireplace that “looks like it was built by a drunk gnome.”

Everything in his eclectic household collection is the funny part: homemade stuffed animals, a special closet for his many silk kimonos, random antique shotguns strewn about, and abandoned Bop Its.

7. Gubler is also a filmmaker

Filmmaking is Matthew Gray Gubler’s first and most enduring love. Though we are most familiar with him for his work in front of the camera, he has also accomplished much behind the camera. He has directed eight Criminal Minds episodes to date, the first of which was “Mosley Lane” (season five, episode 16).

When it was announced that Paget Brewster, who plays Agent Emily Prentiss on Criminal Minds, would be leaving the show, she specifically requested that Matthew Gray Gubler direct her final episode. And, of course, he did.

8. He is also an accomplished painter

Matthew Gray Gubler has another significant artistic gift in addition to acting and directing. He’s an accomplished and successful painter. His works can fetch up to $10,000 per painting.

In terms of mediums, he prefers watercolor, gouache, oil, and pastel. His work has been very well received in gallery exhibitions. For example, in September 2005, the Gallery of Fine Art in Ostrava, Czech Republic, displayed 12 of his watercolors, and all 12 paintings were sold.

His work was featured in a group show titled “Paper Cuts” at The Little Bird Art Gallery in September 2006, and some of his paintings were featured in Juxtapoz magazine in July 2010. Gubler’s original watercolor “Mushface” sold on eBay in October 2011 for $10,100, which he donated to help fund film studies.

9. He played Simon in the film ‘Alvin and the Chipmunks’

Gubler is definitely cast in a certain type of role, even if it’s just voice acting.

10. Gubler worked as an intern for Wes Anderson

If you’re wondering how the Gubler got into acting instead of primarily pursuing filmmaking, there’s one man who deserves a lot of credit. Fans of indie films will recognize his name right away: Wes Anderson, the director of The Royal Tenenbaums, Bottle Rocket, The Life Aquatic with Steve Zissou, and The Grand Budapest Hotel.

In fact, Matthew Gray Gubler interned for Wes Anderson while he was filming The Life Aquatic with Steve Zissou. Anderson encouraged Gubler to get in front of the camera, even casting him in a role (as an intern on Zissou’s ship) and giving him his first break as a speaking, on-camera actor.