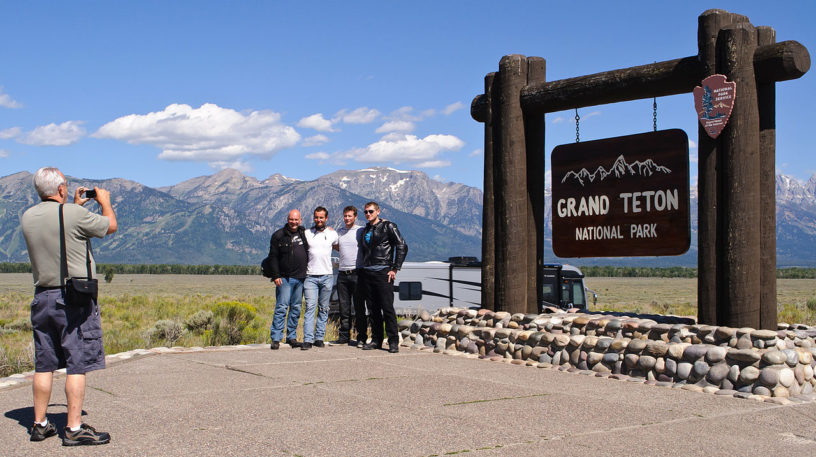 1. The Grand Teton National Park is named after the tallest mountain in the Range 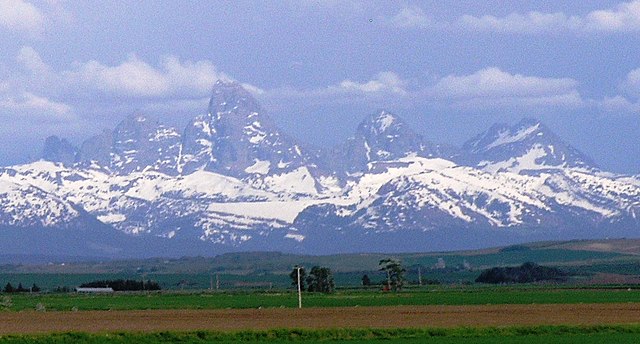 The Grand Teton National Park acquired its name after the tallest mountain (4,000M) called ‘Grand Teton’. The mountain is also believed to have been named after 19th -century French trappers- Les Trois tétons meaning ‘the three teats’ which was later translated and shorted to ‘Tetons’.

Despite the claim that no one knows the first men to climb Grand Teton, the American Indians, ‘Nomadic Paleo-Indians’ traveled around the range and climbed several summits before Europeans visited the area. During summer seasons do the hunting, fishing, and gathering of wild fruits. They moved out of the valley when the winter season approached to look for warmer places.

They left behind tipi rings, fire pits, and stone and fishing tools along the shores of Jackson Lake. One of the tools discovered is associated with the Clovis culture, of the cultural period dating back around 11,500 years. This indicates that they entered the Teton region for approximately 1,100 decades.

3. Grand Teton National Park is a source of wealth to ‘mountain men’

Grand Teton National Park attracted many beaver fur trappers, known as ‘Mountain men’ between the years 1810 and 1840 who made top hats that were fashionable at that time.

John Colter, a Euro-American and a member of the Lewis and Clark “Corps of Discovery” expedition entered the Jackson Hall Valley around the early 19th century, and later joined two beaver fur trappers; David Edward (Davey) Jackson and William Sublette. The Jackson Hole Valley became their base of operation, thus William Sublette dubbed it “Davey Jackson’s  Hole” in 1829. This is how the Valley acquired its name ‘Jackson Hole Valley’. Due to the over trapping of beaver fur and fur hats changing to silk hats, the ‘mountain men’ era ended in 1840.

In the year 1862, the U.S Congress passed ‘The 1862 homestead Act’, encouraging west settlement in the Teton region. In 1884, many white settlers established homesteads. The general condition of the place was not favorable for agriculture due to long cold winters, dry summers, and the rocky and sandy land making life difficult for the locals.

The rich Easterners toured the west to learn about horse-riding and cattle ranching. The visitors were welcomed and they paid generously for goods and services rendered to them; food, accommodation, and outdoor activity services. Realizing the huge amounts of profit and how easy it was to manage, the residents were impressed, and they embraced the dude ranching which became progressively successful in the early 1920s.

Conservationists wanted to extend the boundaries of the Yellowstone National Park, to cover parts of the Teton Range. The dwellers of Jackson Hole opposed the idea as they wanted to preserve the mountain valley as a ‘Museum of the hoof’. They proposed the establishment of another National Park that would include the Teton Range and the six lakes in the mountain valley. They held a meeting in 1923 at Maud Noble’s cabin, to table the issue of conservation and preservation of this mountain valley.

John D. Rockefeller, Jr. visited the Teton Range In 1926 and was pleased with the beauty of the mountain region. He gradually procured a private 35,000 acres of land, throughout the valley, through the Snake River Land Company, with intention of donating it to the American federal government as part of the Grand Teton National Park. This was opposed by the residents, citing loss of local tax revenue.

Through a Congress hearing, the Jackson Hole Valley, which remained under John D. Rockefeller, Jr. since 1943 was donated to the government as part of the Grand Teton National Park. Franklin D. Roosevelt also pronounced additional land in the valley in 1943 to be the ‘Jackson Hole National Monument’. 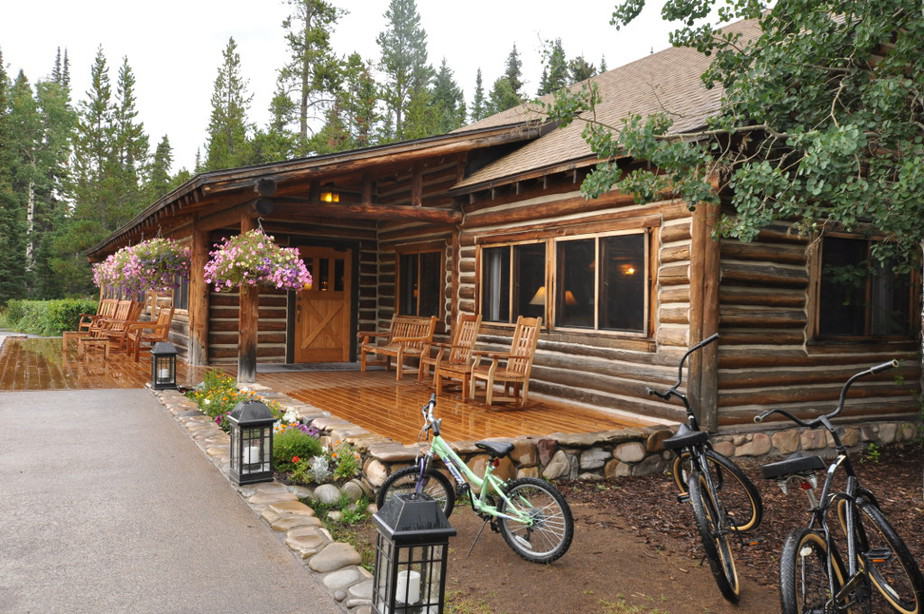 Other accommodation facilities at the Grand Teton National Park are; Colter Bay Village, with cabins, restaurant, grocery store, laundry, and a marina; American Alpine club, with hostel dormitory design preserved for mountaineers; and Triangle X and Dorna’s which are private inholding.

8. The Grand Teton National Park is a recreation ground 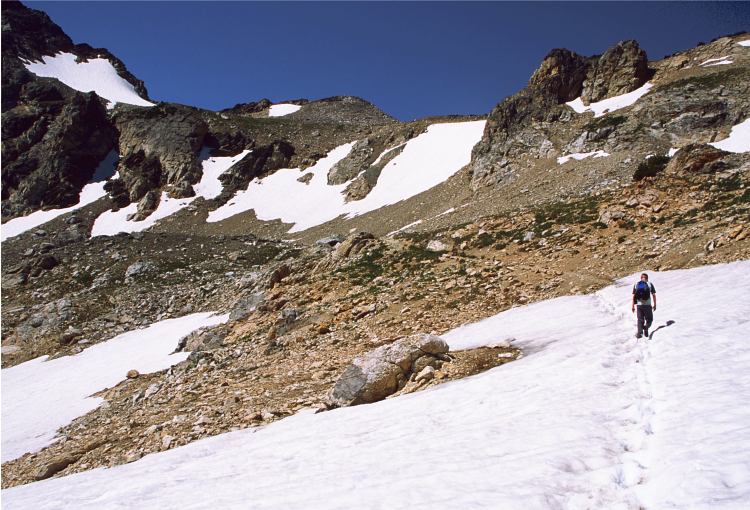 There are has five front-country campgrounds accessible to vehicles; Colter Bay & Gros Ventre, being the biggest each with 350 campsites, Lizard Creek, Signal Mountain, and Small Jenny Lake with 60, 86, and 49 sites respectively. Backcountry campsites are those that are only accessible on foot or by horseback.    Range-led programs about the Park are offered at the Visitors center too.

9. The Grand Teton National Park has several species of wildlife 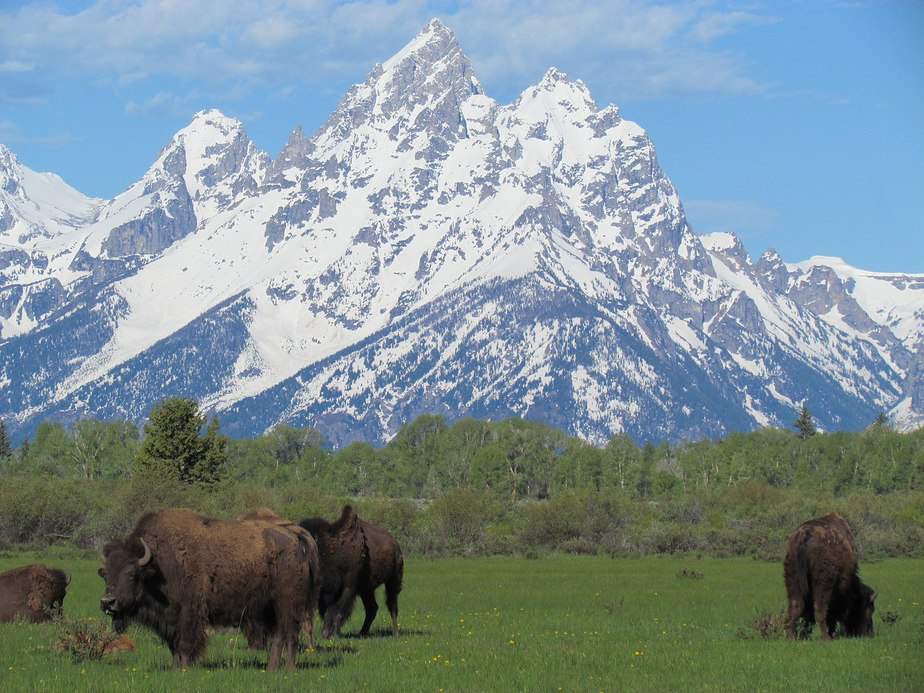 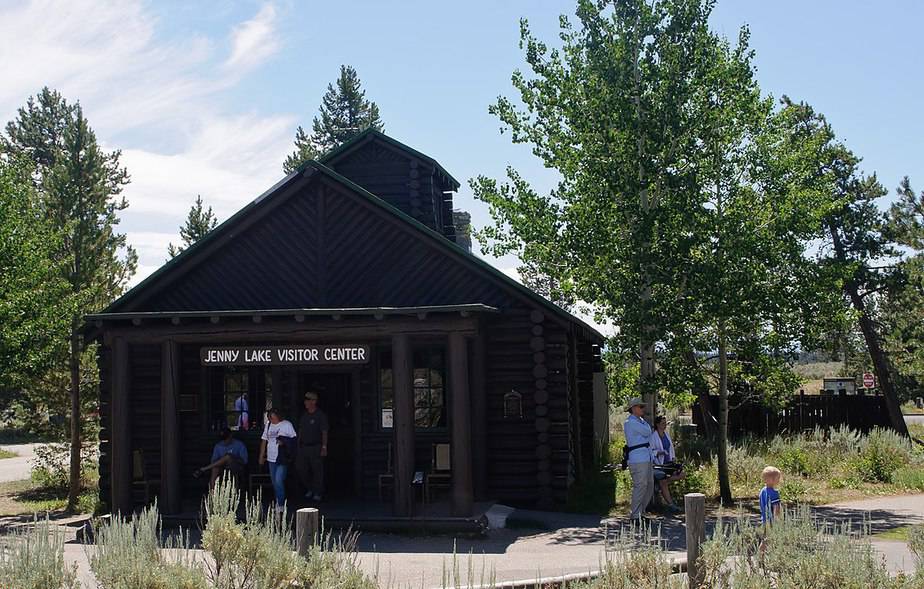 This log cabin was Grand Teton National Park’s original visitor center, and the Jenny Lake area was the first section of the park to be developed with tourist infrastructure.-By InSapphoWeTrust-Wikimedia commons

The Craig Thomas Discovery and Visitor Center at Moose, Wyoming, was named after U.S Senator Craig Thomas. It was designed by architect, Bohlin Cywinski Jackson to replace an old visitors center. Other Visitors Centers are; the Jenny Lake Visitor Center, within the Jenny Lake Ranger Station Historic District, which was an art studio of photographer Harrison Crandall in the 1920s, and the Laurence S. Rockefeller Preserve Center located at Phelps Lake. It was part of the JY Ranch, the first dude ranch in Jackson Hole