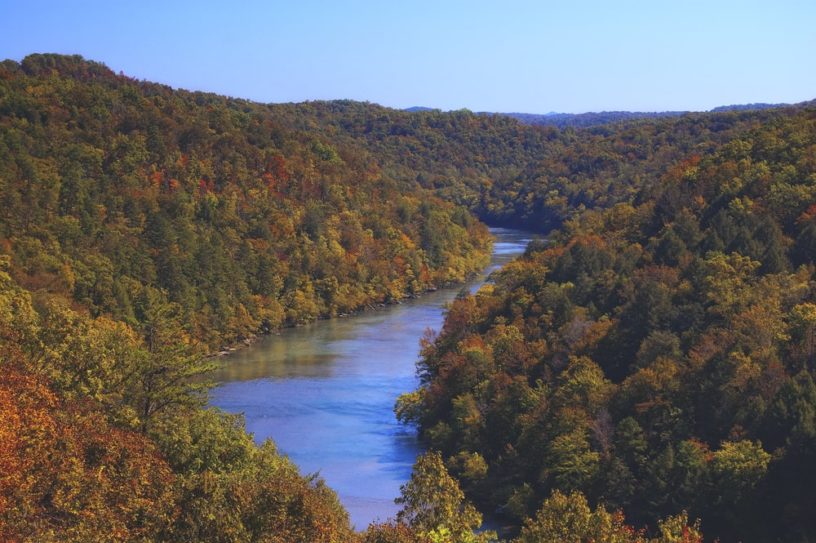 Home to the world’s second-largest restaurant chain (as measured by sales) Kentucky Fried Chicken, KFC is officially known as the Commonwealth of Kentucky. Kentucky is in the Southeastern region of the United States, bordered by Illinois, Indiana, and Ohio to the north; West Virginia and Virginia to the east; Tennessee to the south; and Missouri to the west. Its capital city is Frankfort.

Dubbed The Bluegrass State because of its bluish-green grass the state of Kentucky is full of history hosting the oldest continues horse race in the USA, the Kentucky Derby since 1875, diverse geography it is the only state to have a continuous border of rivers running along three of its sides—the Mississippi River to the west, the Ohio River to the north, and the Big Sandy River and Tug Fork to the east and incredible Kentuckers who have and continue to have an impact in the world.

Here are the top 10 Famous people from Kentucky; 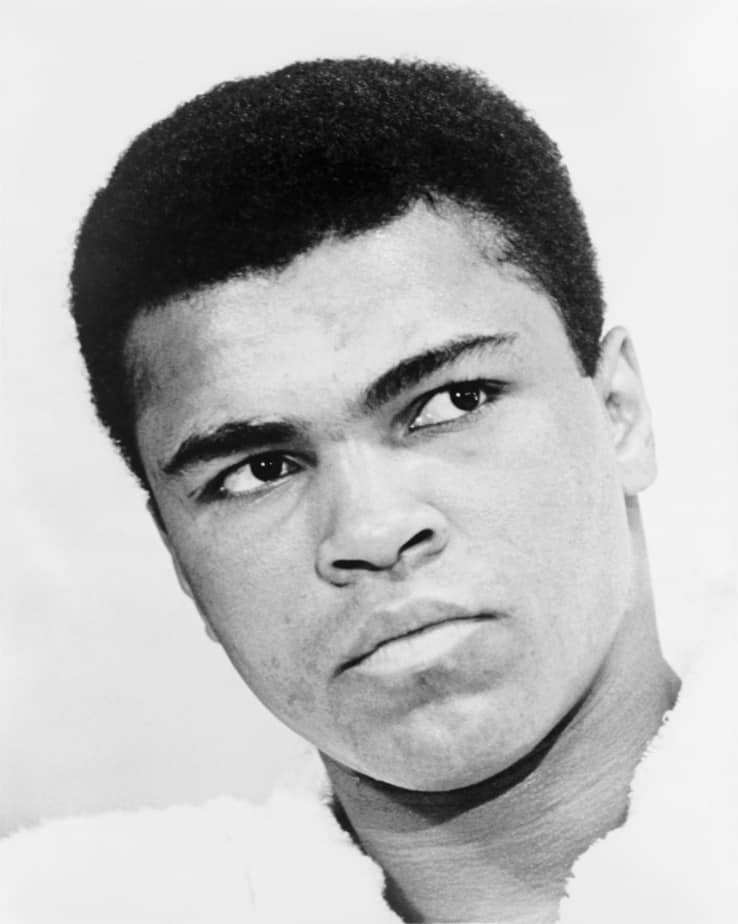 Muhammad Ali was a professional boxer known for his swift footwork, and powerful jab, nicknamed “the Greatest”. He is widely regarded as one of the most significant and celebrated sports figures of the 20th century. In 1999, he was named Sportsman of the Century by Sports Illustrated and the Sports Personality of the Century by the BBC.

Arguably the greatest boxer of all time was born in Louisville, Kentucky on 17th January 1942 as Cassius Marcellus Clay Jr. He began training as an amateur boxer at age 12 and on February 25, 1964, at age 22 won the world heavyweight championship by knocking out Sonny Liston. During this time, he renounced his birth name as a “slave name” and formally became known as Muhammed Ali. He enjoyed a successful career in boxing until his retirement in 1981.

Apart from boxing Ali was also an activist; he was a very high-profile figure of racial pride for African Americans during the civil rights movement, entertainer; he featured as an actor and writer, releasing two autobiographies, poet; he attained success as a spoken word artist, releasing two studio albums: I Am the Greatest! (1963) and The Adventures of Ali and His Gang vs. Mr. Tooth Decay (1976) and Philanthropist; earning the Presidential Medal of Freedom in 2005. 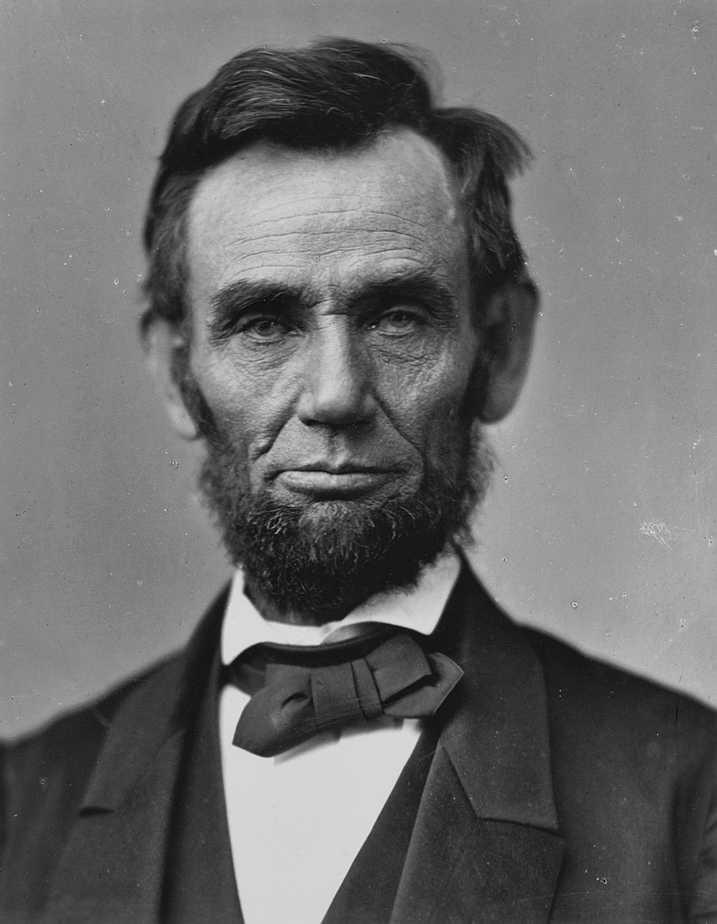 Abraham Lincoln served as the 16th President of the United States from 1861 until his assassination in 1865. Lincoln, nicknamed “Honest Abe“, “the Rail-Splitter, the Great Emancipator or Father Abraham“, was born near Hodgenville, Kentucky on 12th February 1809.

He was self-educated and became a lawyer and raised to the top-notch government position. Notably in 1858 Lincoln ran against Stephen A. Douglas for Senator. He lost the election, but in debating with Douglas, he gained a national reputation that won him the Republican nomination for President in 1860.

As president, Lincoln led the nation through the American Civil War and succeeded in preserving the Union, abolishing slavery, bolstering the federal government, and modernizing the U.S. economy.

On Good Friday, April 14, 1865, Lincoln was assassinated at Ford’s Theatre in Washington by John Wilkes Booth, an actor. The Lincoln Memorial in Washington, D.C., was dedicated to him on May 30, 1922 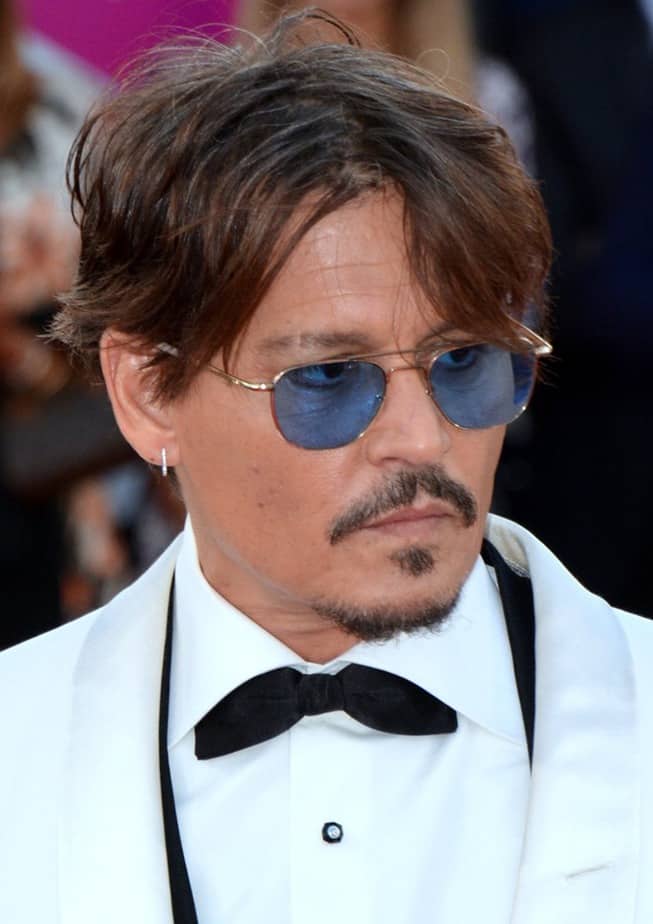 Johnny Depp is an American actor known for his eclectic and unconventional film choices. He is the recipient of different accolades, including a Golden Globe Award and a Screen Actors Guild Award, in addition to nominations for three Academy Awards and two British Academy Film Awards. He was born on 9th June 1963 in Owensboro, Kentucky as John Christopher Depp II.

Depp started out as a musician with his band, the Kids, before he landed his first legitimate movie role in the horror film A Nightmare on Elm Street (1984). He rose to prominence as a teen idol on the television series 21 Jump Street (1987–1990). In the 2000s, Depp became one of the most commercially successful film stars by playing Captain Jack Sparrow in the film series Pirates of the Caribbean (2003–present). In 2012, Depp was listed by the Guinness World Records as the world’s highest-paid actor, with earnings of US$75 million. Johnny Dep has also ventured into film production through his company, Infinitum Nihil.

Currently, Johnny Dep is making headlines with a defamation lawsuit against his ex-wife Amber Heard that has been going on for two years now. 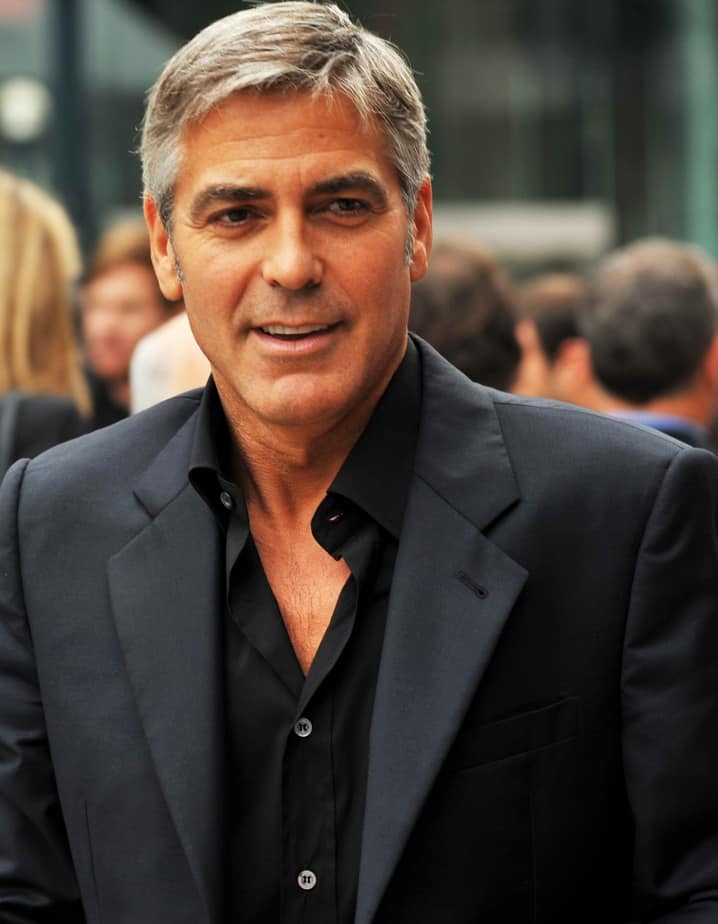 George Timothy Clooney is an American actor, born on 6th May 1961 in Lexington, Kentucky. Twice named ‘The Sexiest Man Alive’ by ‘People’ magazine, his looks and charm have also led to ‘Time’ magazine dubbing him ‘the last movie star.’

He made his acting debut on television in 1978 as a popular leading man, known for his good looks and versatility. He is the recipient of three Golden Globe Awards and two Academy Awards, one for acting in Syriana (2006) and the other for co-producing Argo (2012). In 2018, he was the recipient of the AFI Lifetime Achievement Award.

Clooney is also a filmmaker, a political and economic activism, and has served as one of the United Nations Messengers of Peace since January 31, 2008.

He married international lawyer and activist Amal Alamuddin in 2014 and welcomed twins in 2017. 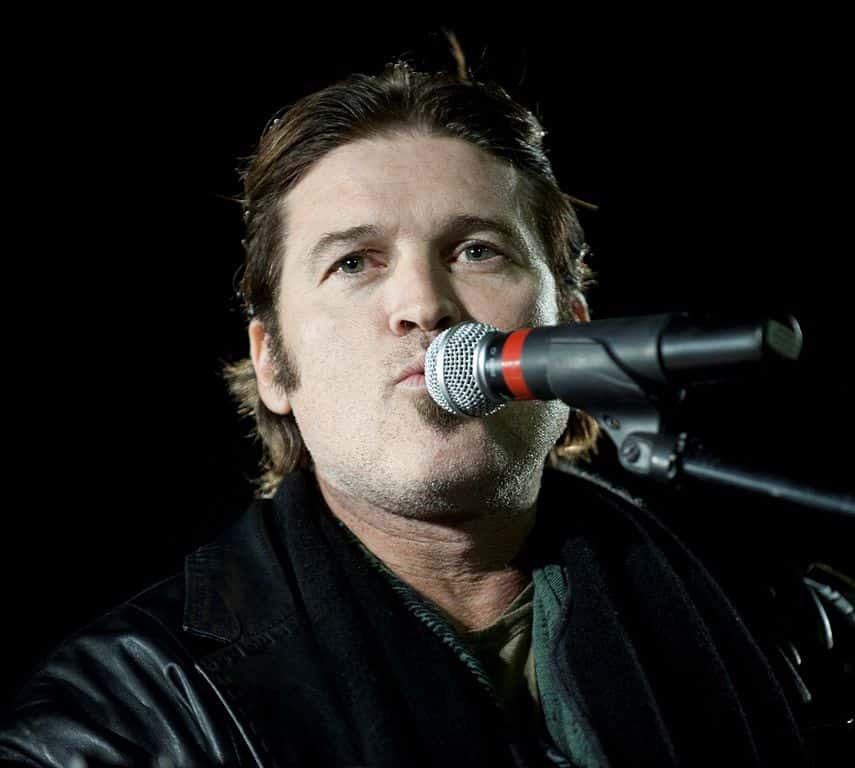 Billy Ray Cyrus, Born on 25th August in 1961 in Flatwoods, Kentucky, is a multi-platinum selling artist who has released 16 studio albums and 53 singles since 1992. He is known for his hit single “Achy Breaky Heart”, which topped the U.S. Hot Country Songs chart and became the first single ever to achieve triple platinum status in Australia.

In 2019 Cyrus was featured in the remix “Old Town Road” with rapper Lil Nas X which rose to number one on the Billboard Hot 100, unseating the original mix of the song and giving Cyrus his first number one song on the Hot 100. It became the fastest song to be awarded diamond certification.

Apart from music Cyrus has also ventured into acting debuting as a cast on the TV show titled ‘Doc.’ 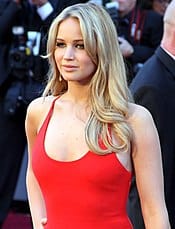 Jennifer Shrader Lawrence, born August 15, 1990, in Indian Hills, Kentucky, is an actress who she began performing in school plays and local theatre in Louisville, Kentucky. Her first major role came as a main cast member on the sitcom The Bill Engvall Show (2007–2009).

Today she is an A-list actress who has been nominated four times for the Academy Award, taking the Oscar home in the category of ‘Actress in a Leading Role’ for the movie ‘Silver Linings Playbook’ at only 22 years, the second youngest to ever receive an Oscar for ‘Best Actress’.

The two sisters are famous for co-writing the popular tune “Happy Birthday to You”. This is a global song that is probably sung on a daily basis from nursery students to the elderly during a birthday celebration.

Mildred Hill was born on 27th June 1859 in Louisville, Kentucky. She wrote about using the pen name Johann Tronsor. She died on 5th June 1916.

The two sisters were posthumously induced into the songwriter’s Hall of Fame on June 12th 1996. 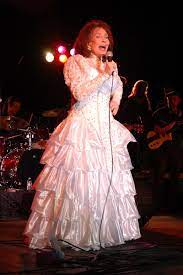 Loretta Lynn is a country musician known to often sing autobiographical and authentic songs whose career has span for six decades. Born in Butcher Hollow, Kentucky on 14th April 1932 she was known as the “Queen of Country”.

Lynn is the most awarded female country recording artist and the only female ACM Artist of the Decade (1970s). She has scored 24 No. 1 hit singles and 11 number one albums. In 1988, she was elected to The Country Music Hall of Fame.

Lynn retired from the music business in the 1990s but began recording again in 2000. In 2013, she was awarded the Presidential Medal of Freedom. 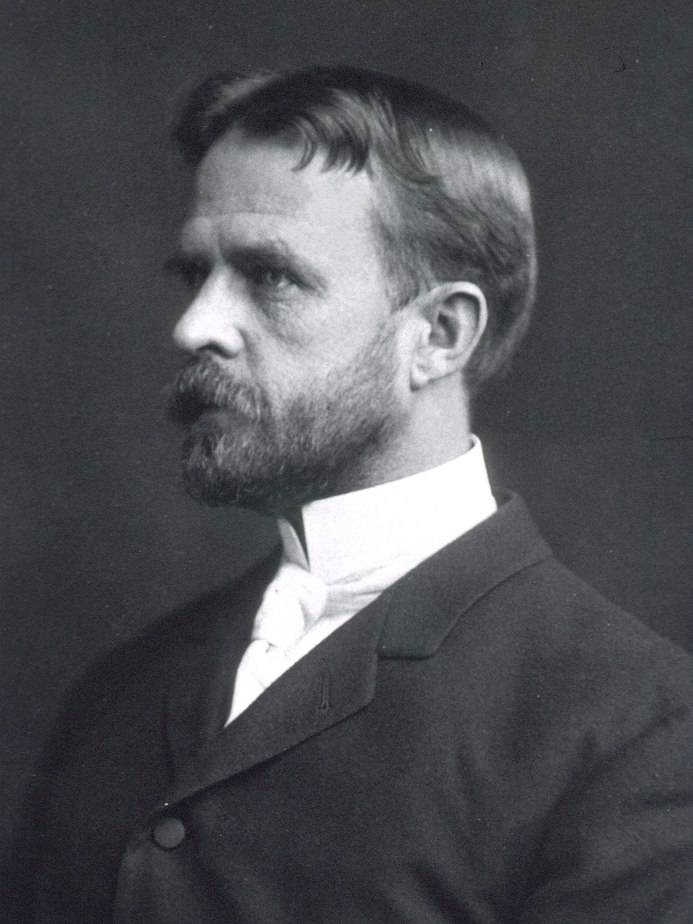 Thomas Hunt Morgan was an evolutionary biologist, geneticist, embryologist, and science author who won the Nobel Prize in Physiology or Medicine in 1933 for famous for his experimental research with the fruit fly that explained the role that the chromosome plays in heredity. 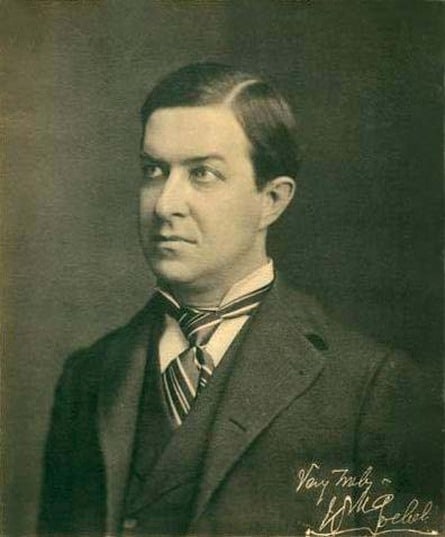 Although not born in Kentucky, William Goebel is remembered as being the only state governor in the United States to ever be assassinated while in office.

Born William Justus Goebel on 4th January 1856 he served as the 34th governor of Kentucky for four days in 1900, having been sworn in on his deathbed a day after being shot by an assassin. Everyone charged in connection with the murder was either acquitted or eventually pardoned, and the identity of his assassin remained unknown.