Top 10 Facts about the White House in Washington 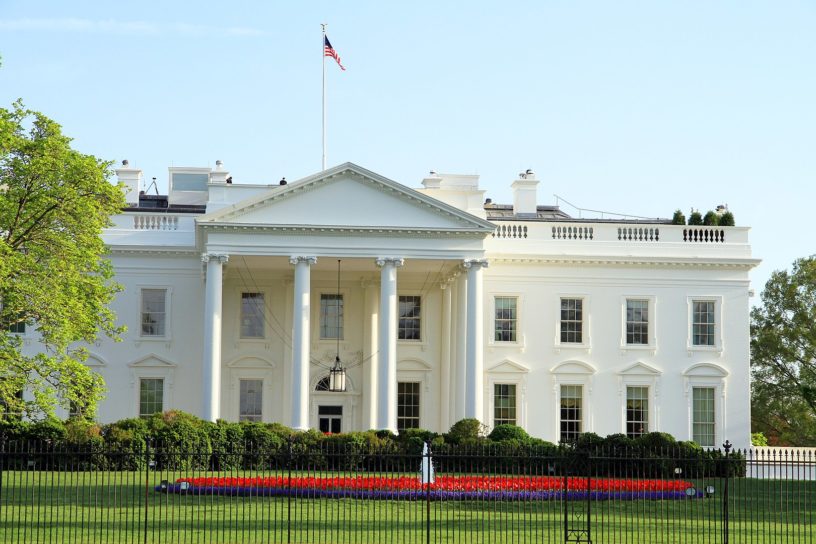 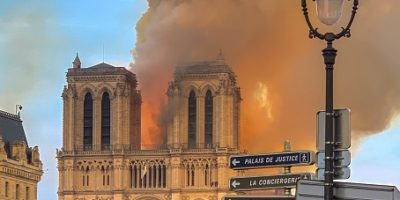 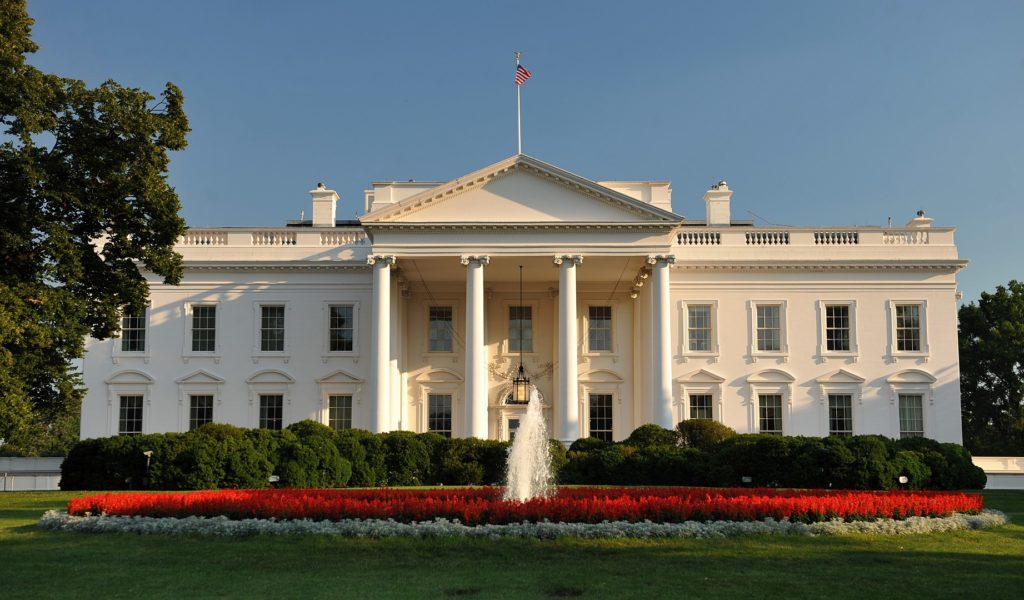 Top 10 Facts about the White House in Washington

We all know this famous house; it has been featured in several movies and we can tell it from a dozen other buildings.

The White House is the official residence and office of the president of the United States. It is on 1600 Pennsylvania Avenue NW in Washington, D.C.

President John Adams was the first president to move into the White House back in 1800. Only one president never lived here.

The building was however not always referred to as the White House, it was known as the President’s Palace, the President’s House and the Executive Mansion. One of the presidents gave it its current name, find out below in the top 10 facts.

It is no doubt that this is the most recognized landmark in Washington D.C.

Check out these facts about the White House in Washington D.C.

1. The White House was designed by Irish-born architect James Hoban 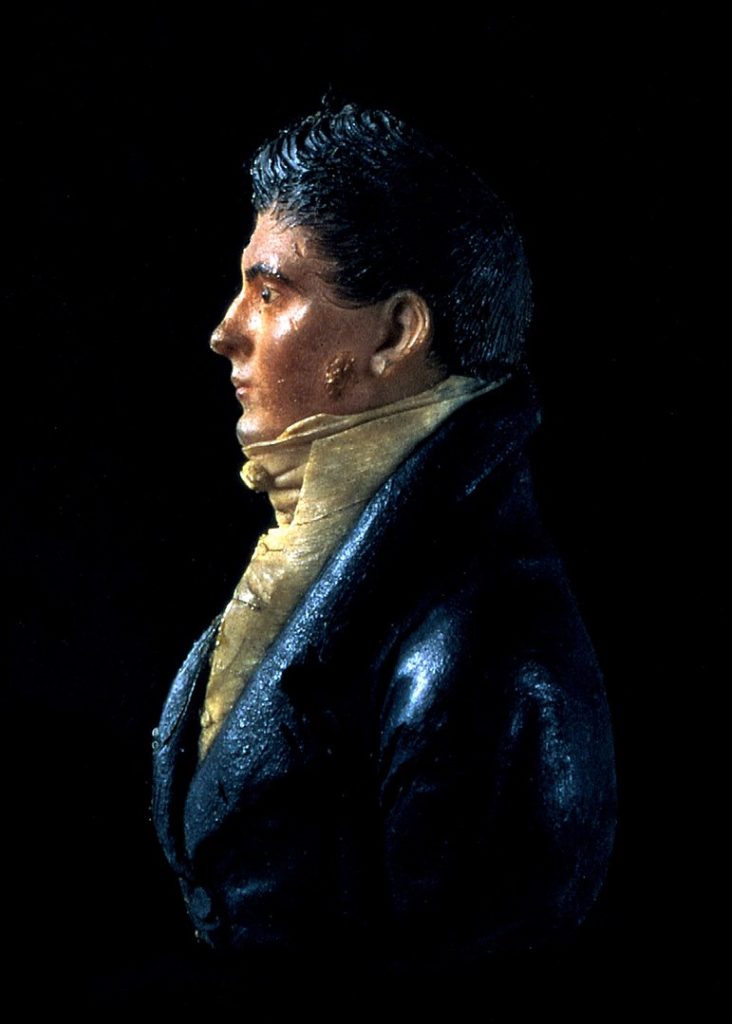 The founding father, George Washington, and Pierre L’Enfant were the ones that chose the current location of the White House in 1790.

A design contest was carried out. Nine architects submitted their designs including Thomas Jefferson, the 3rd president of the United States.

James Hoban’s submission won and soon after the cornerstone was laid in 1792. George Washington oversaw the construction of the building.

His design was in a neoclassical style that was modelled in Leinster House, Dublin. The building is now home to the Irish parliament.

Before working on the White House, James Hoban worked in Philadelphia.

2. Theodore Roosevelt came up with the name White House

The name White House became official in 1901. Before that, it was referred to as the Executive Residence or the President’s Palace.

Theodore Roosevelt observed that the state governors had executive residences, therefore it would be prudent to distinguish where the President lived.

3. President John Adams and his wife Abigail were the first occupants of the White House

The first president to officially move into the White House was John Adams and his wife Abigail. They moved in on November 1, 1800.

He blessed the house through a letter to his wife that read “I pray Heaven to bestow the best of blessings on this House, and all that shall hereafter inhabit it. May none but honest and wise men ever rule under this roof”.

President Franklin D. Roosevelt had this blessing carved into the mantel in the State dining room.

Adams’ wife used to dry his laundry in the East Room since she thought it was inappropriate to hang the POTUS’ laundry outside.

President Jefferson complained that the house was too big.

4. George Washington was the only President that never lived in the White house 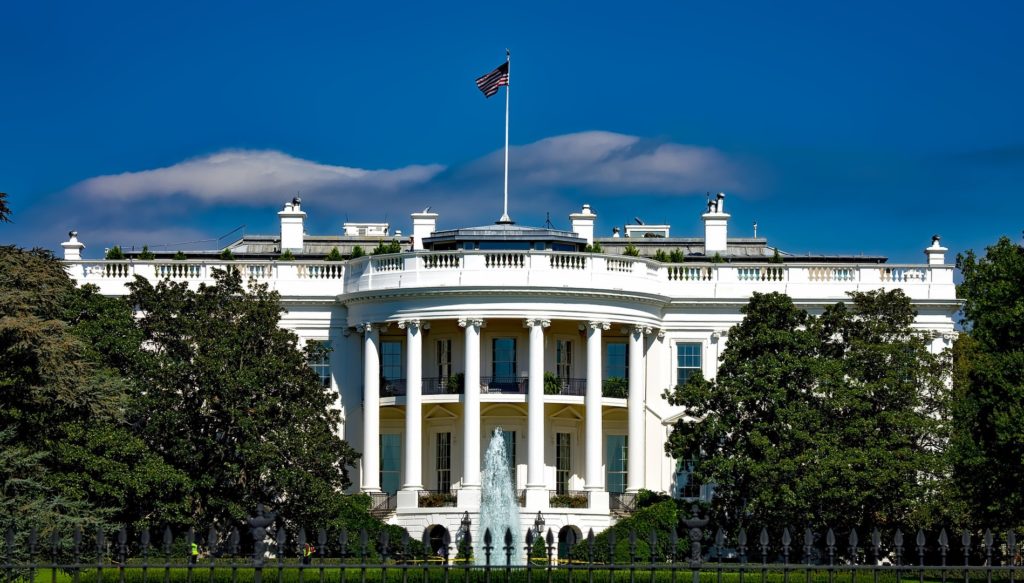 Though George Washington was responsible for commissioning the construction of the White House, choosing the site, and approving its design, he never lived there.

He is the one who signed an act of Congress in 1790 declaring that the federal government shall reside in a district not further than 10 miles from the Potomac River.

Unfortunately, Washington passed away in 1799 and never got to see the final look of the executive residence he commissioned.

President Washington and the city planner, Pierre L’Enfant, settled on what is now 1600 Pennsylvania Avenue. 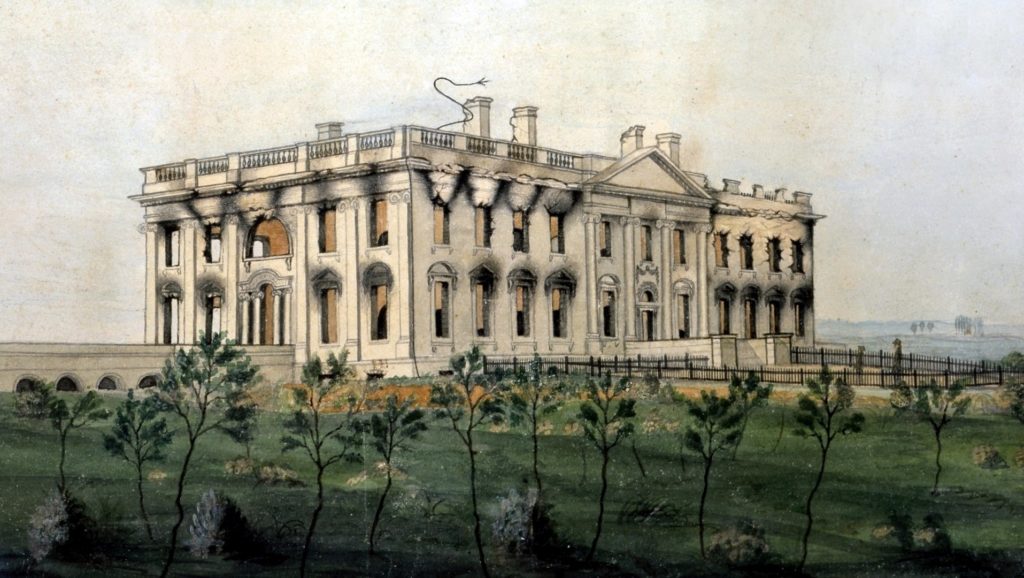 The White House after the fire in 1814. Photo by George Munger – Wikimedia

In 1814, the executive mansion was set ablaze by the British Army. They destroyed the interior of the building and left the exterior scorched.

After the war, renovations were done and President Moore moved in before it was completed in 1817.

Renovation work continued and there were additions; the semi-circular South porch and North porch in 1824 and 1829 consecutively.

The fire and renovation work done on the White House erased most of the original structure.

George Washington’s portrait is the only surviving piece of art from the White House before it burnt. It was saved by the First Lady Dolly Madison.

6. Theodore Roosevelt commissioned the construction of the West Wing 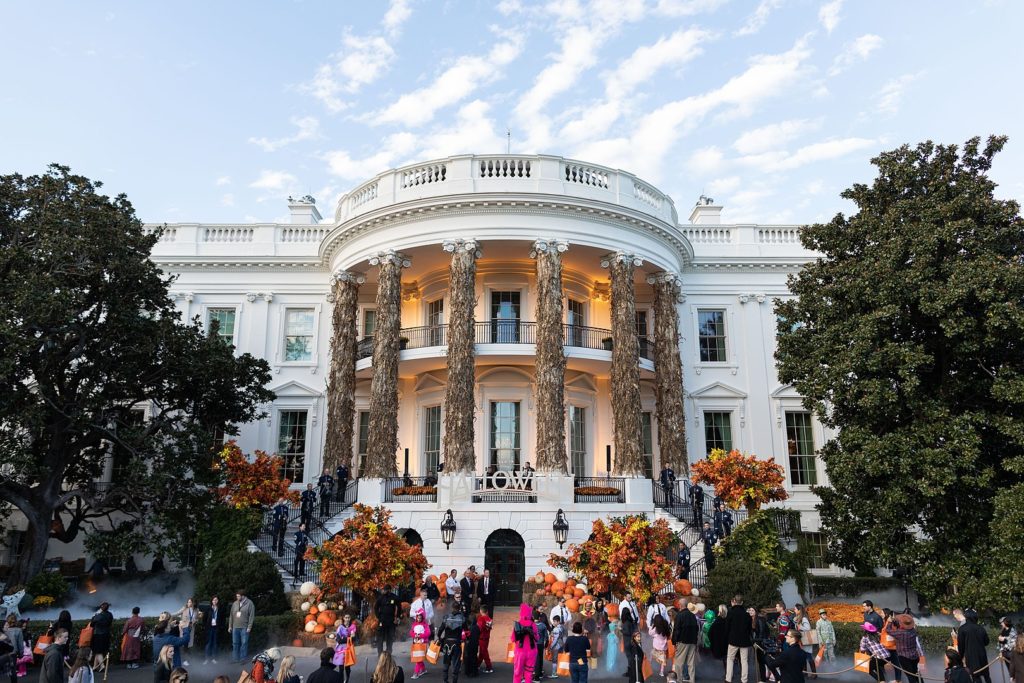 The South Porch. Photo By The White House – Wikimedia

Although Thomas Jefferson complained that the White House was too big, that was not the case after the Civil War ended.

It became too small and more room was needed. Theodore Roosevelt then commissioned the West Wing. The architect, Charles McKim designed and supervised the project.

His designs were neoclassical as the original design of the White House.

There was a second fire at the White House. It happened on Christmas Eve in 1929.

The big fire razed parts of the West Wing and Oval Office during Herbert Hoover’s Administration.

Hoover helped the firefighters put out the fire. He attempted to enter the Oval Office during the fire, but he was stopped by the Secret Service.

President Harry Truman lived at Blair House since the interior of the White House was severely damaged by fire. Only the 3rd floor was not damaged.

8. The White House is massive

9. President-elect gets to choose the decoration of their family room

American Presidents get a chance to choose the style and design of some of the rooms in the White House, as well as the protocol on how they will receive the public during their stay.

The first inaugural open house was held in 1805 by Thomas Jefferson. He greeted all his guests that attended the swearing-in ceremony in the Blue Room.

When the sworn-in President moves into the White House, furniture and other items belonging to the previous president are changed and artwork swapped. All this is done in less than 24 hours.

10.  The President and First Lady get billed every month

One might think that being the President of a country meant free food and free boarding. Well, that is not the case in the White House.

The president and the first lady get monthly bills of their expenses. The money is then deducted from their salaries.

Many presidents the White House in serious debt between $2.28 million and $10.6 million. 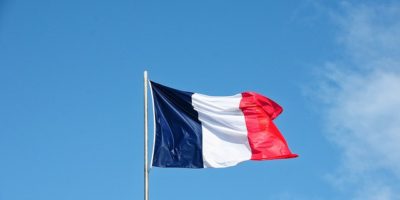 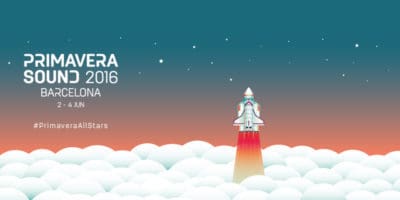 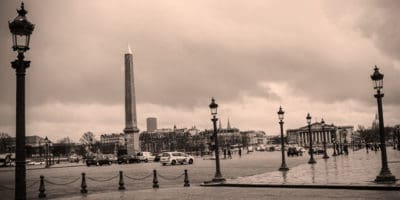 Things to do near Concorde Square in Paris