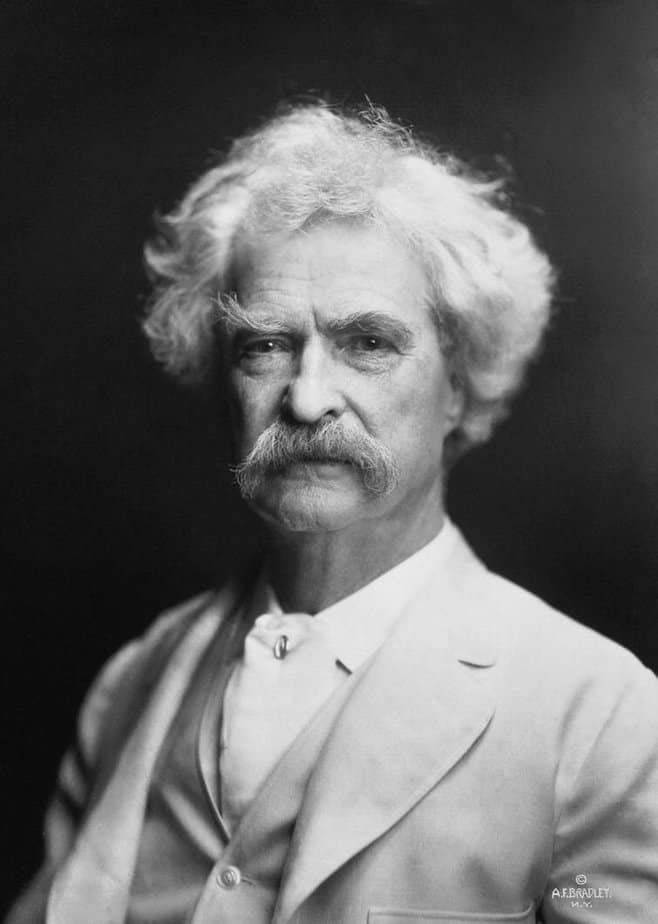 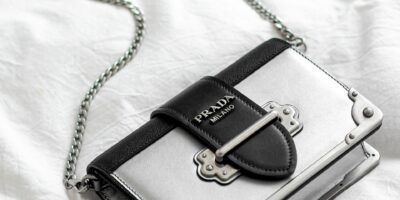 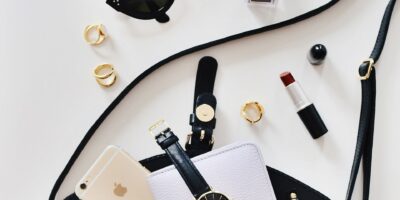 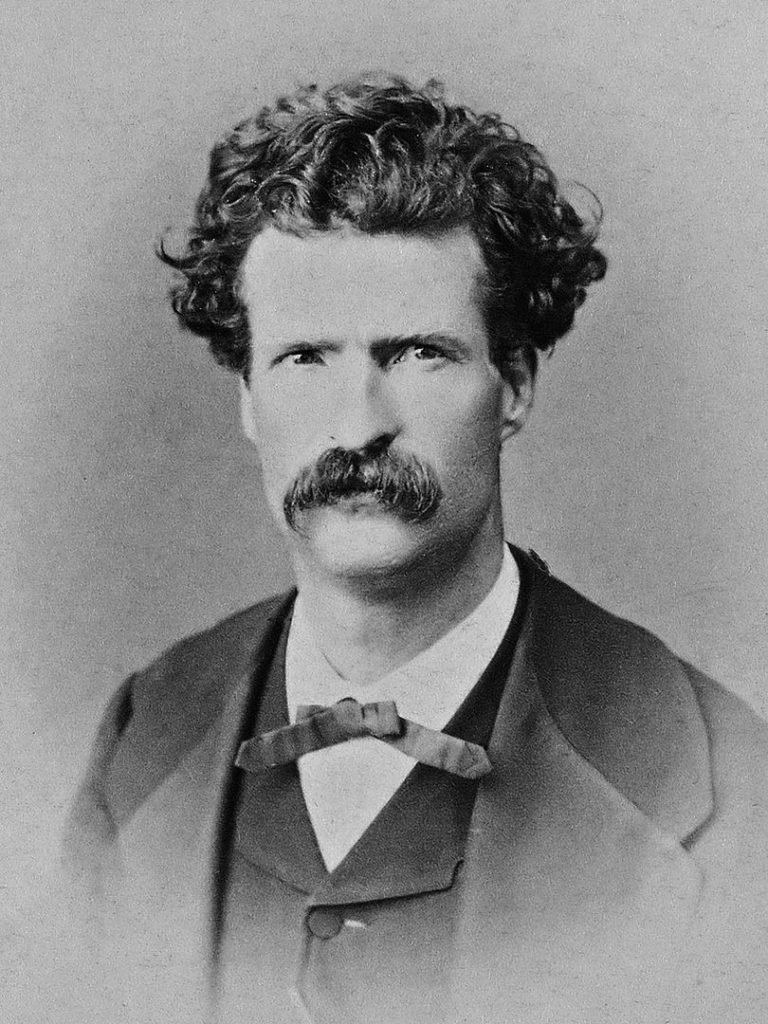 His given name was Samuel Langhorne Clemens, but he chose Mark Twain as his pen name.

Twain went to be one of the greatest American authors and humorists of the late 19th and early 20th century.

Many people are familiar with his work and loved his stories but few know the details of his personal life.

One of his most popular works is the Adventures of Huckleberry Finn. His quotes are also famous and have been retold over the centuries.

Twain wrote more than a dozen novels and several short stories as well as essays. Other than writing, Twain loved his cats, was innovative, among many other things.

Mark Twain is popularly considered to be the father of American literature. Here are the top 10 facts about Mark Twain.

1. He was born in the town of Florida, Missouri

Samuel Langhorne Clemens was born on November 30, 1835, in tiny Florida, Missouri. He was a preterm baby and was sickly until his 7th birthday.

Twain had seven siblings; he was the second last child. Sadly, only three of them survived to adulthood.

His father was a self-educated lawyer who also owned a general store. When Twain was about 5 years old, they moved to Hannibal, Missouri for better opportunities.

A few years later, his father died of pneumonia at 49 years.

2. Just like a cat, Mark Twain had nine lives 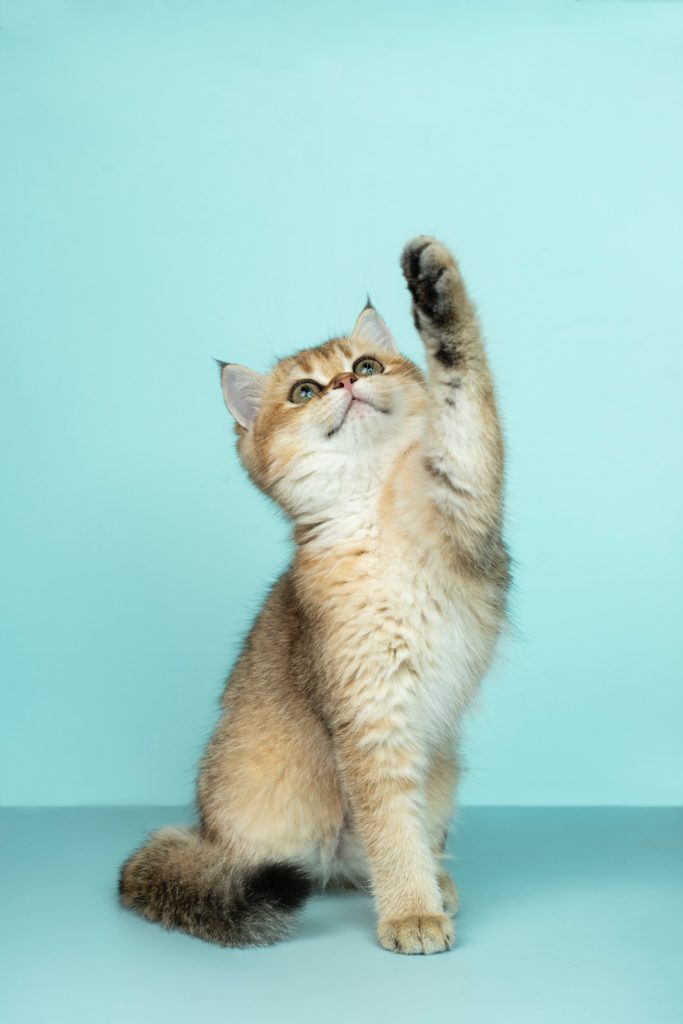 Photo by Alvan Nee on Unsplash

One obvious thing is that Twain loved cats. One time, he hired two cats to keep him company as he worked on his writing.

His father moved the family to Hannibal, Missouri, a town by the Mississippi River. Twain loved to play in the water but did not know how to swim.

He was saved from drowning in the Mississippi River nine times.  Interestingly, his family had 19 cats at one time during Twain’s childhood.

3. Mark Twain dropped out of school

The death of his father meant that his education was cut short. He took up a job as a printer’s apprentice at the Hannibal Journal.

This did not cut his dream of getting an education. He spent most of his free time at the library in the evening self-educating.

In 1851, Twain moved to a typesetting job at a local newspaper owned by his older brother Orion. While working here, he wrote a couple of satirical items for the publication.

Twain lived in several other cities such as New York, Philadelphia and Keokuk, working as a printer.

Other than being a printer, he wanted to be a steamboat pilot. He was trained by Horace Bixby on the Mississippi River. 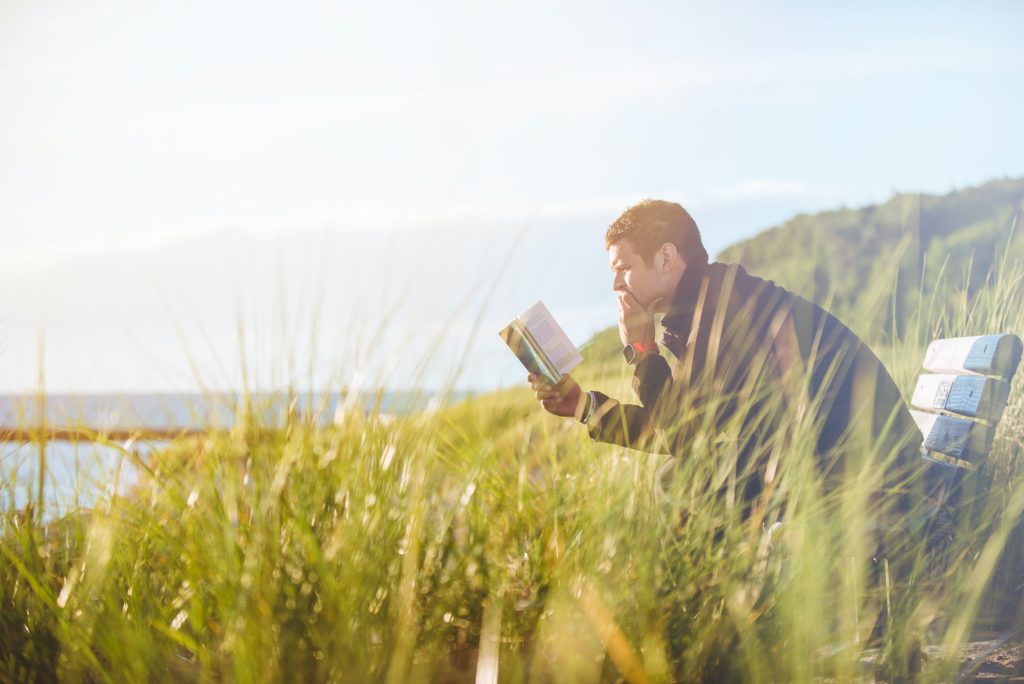 Photo by Ben White on Unsplash

Since Mark Twain got very little formal education, he took up self-educating. He spent his free time at the public library burrowing through books.

This allowed him to see things from a different perspective. He valued education and saw it as a vital part of the growth of a human being.

Twain was critical of the education system in the United State during his time. He believed learning and education were two different things.

5. He got the name Mark Twain from a steamboat

You might be wondering how the name Mark Twain came about. Well, before going by his pen name, Samuel Clemens worked as a steamboat pilot.

As a pilot, the term twain is used instead of two. When a leadsman would call “by the mark twain” they would mean the river depth was safe for the steamboat.

Twain had always dreamt of becoming a steamboat pilot since he was a young boy. It was one of the most prestigious jobs at that time. He got his licence after two years of training.

As his writing career was taking off, he opted to use an alias. After trying out several names such as Thomas Jefferson Snodgrass and Sergeant Fathom, he settled on Mark Twain.

6. Mark Twain worked as a miner too 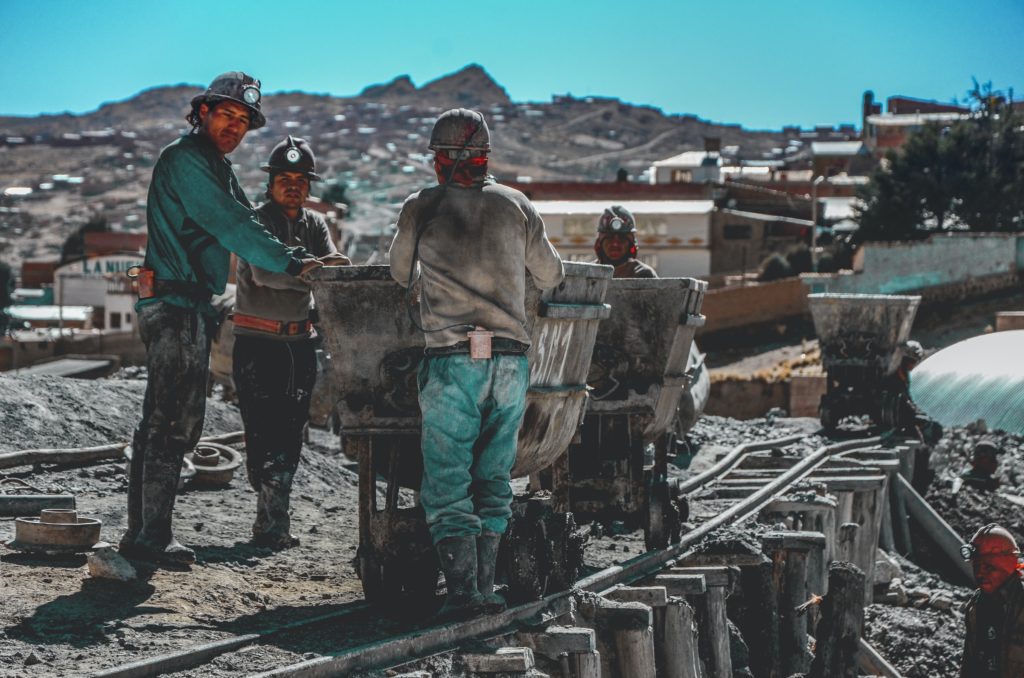 Twain was not afraid to try out different jobs, as long as it got him the money he needed. He took up a job in Virginia City, Nevada as a miner.

Together with his brother, they did not want to fight in the Civil War. They had briefly enlisted in a confederate local unit for a few weeks.

Unfortunately, this job turned out to be hard and dismal. The war greatly affected the mining trade.

Luckily, he did not have to work here for long. Twain got a writing job at Virginia City’s newspaper. He wrote about crime, politics, mining and culture.

7. He first used his pen name while working as a journalist

While working at the Territorial Enterprise, a Virginia City newspaper, he used Mark Twain as his pen name for the first time.

His first literary work that was greatly celebrated as “The Celebrated Jumping Frog of Calaveras County.” This article appeared in the New York Saturday Press in 1865.

The article, which was a success, paved the way to a new opportunity at the Sacramento Union. He was sent on assignment to Hawaii to write a series of travelogues.

His new job at the Sacramento Union afforded him opportunities to travel the world. He travelled to the Mediterranean, Europe and the Middle East.

During one of his trips, he met his wife through her brother. He showed Twain a photo of Olivia and Twain said it was love at first sight. The two got married a few years later.

While in Switzerland, he visited the Lion monument and was quoted saying that “it is the most mournful and most moving piece of stone in the world”.

Twain has lived in Dublin, New Hampshire, and San Francisco.

9. It took him seven years to complete the Adventures of Huckleberry 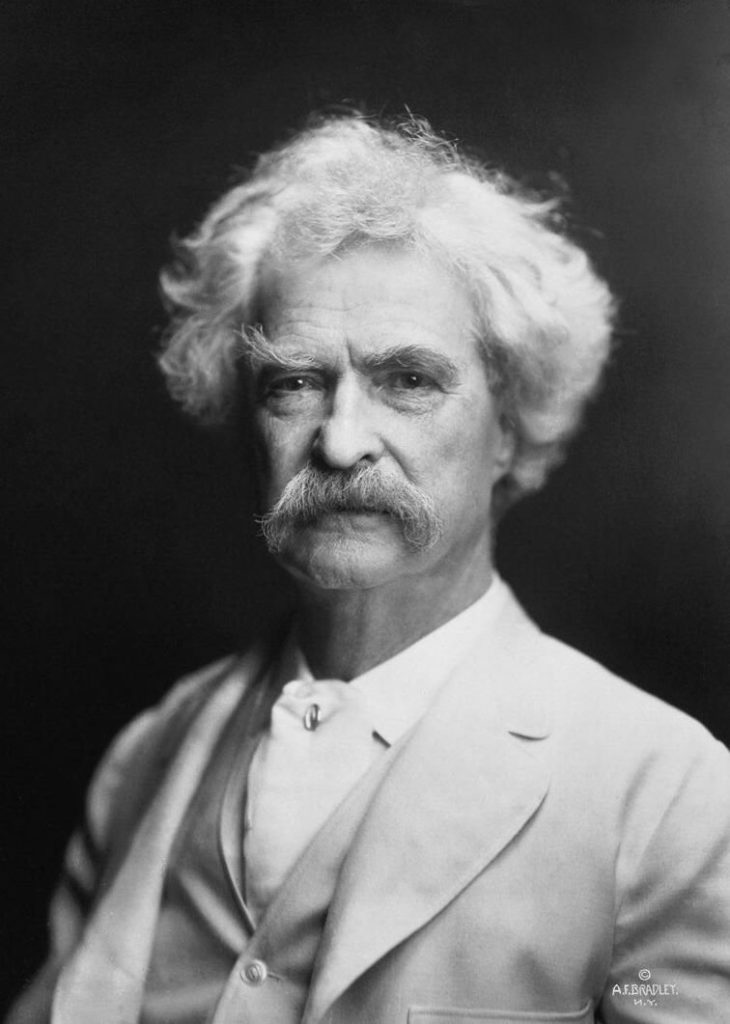 Twain started writing the sequel to The Adventures of Tom Sawyer in 1876, but he wasn’t pleased with his progress. He picked it up again and finished writing in 1883.

His famous book, Adventures of Huckleberry Finn, was considered to be controversial. It was banned for its alleged crude language and lack of moral tone.

Book critics also condemned the book terming it as being racist and it was removed from some school reading lists.

After becoming a successful writer, Twain put his money into several bad investments. None of his investments was profitable and was soon bankrupt.

He invested in one of his inventions, a self-pasting scrapbook which sold well. His investment in an automatic typesetting machine was a flop. It cost him more than $200,000.

He recovered financially after a successful lecture tour around the world. He paid all his creditors in full.

11. A Supporter of Technological Progress and believed  that society was in the business age 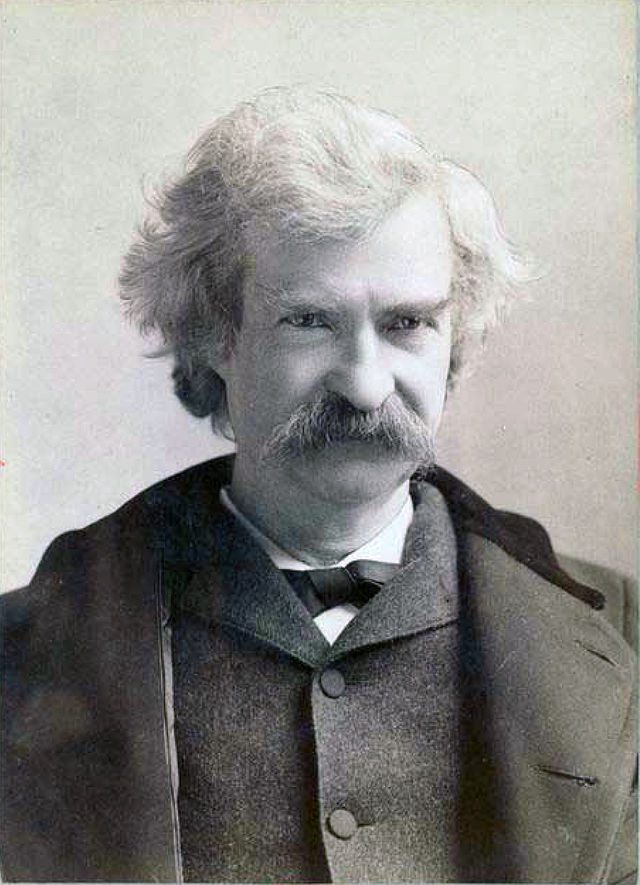 Twain was a staunch supporter of technological progress and commerce. He was against welfare measures because he believed that society in the business age is governed by exact and constant laws that should not be interfered with for the accommodation of any individual or political or religious faction.

Mark Twain was more conservative than liberal. He believed in laizzes-faire leadership skills and thought personal political rights secondary to property rights. He advocated a leadership to be composed of men of wealth and brains.

12. Mark Twain was a great supporter of the labor movement 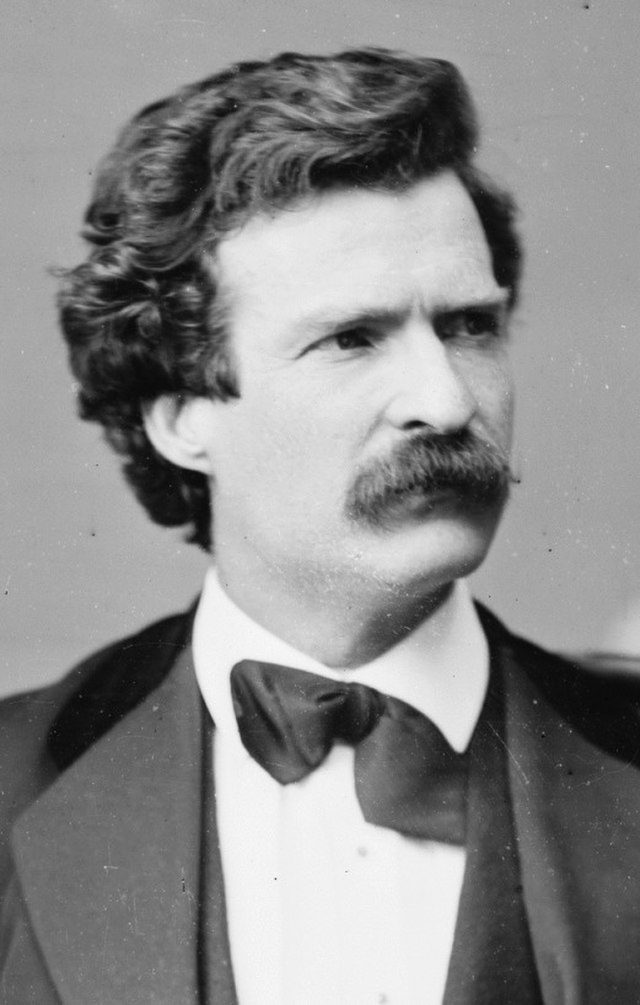 Twain wrote glowingly about unions in the river boating industry in Life on the Mississippi, which was read in union halls decades later. He supported the labor movement, especially one of the most important unions, the Knights of Labor.

13. He supported the American interests in the Hawaiian Islands 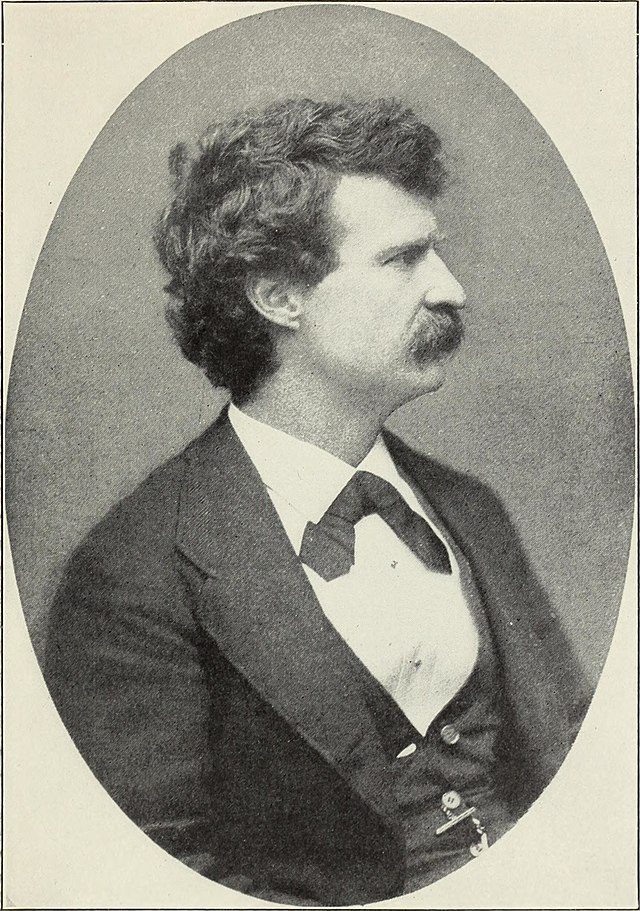 Before 1899, Twain was an ardent imperialist. In the late 1860s and early 1870s, he spoke out strongly in favor of American interests in the Hawaiian Islands. He said the war with Spain in 1898 was the worthiest war ever fought.

In 1899, however, he reversed course. In the New York Herald, October 16, 1900, Twain describes his transformation and political awakening, in the context of the Philippine–American War, to anti-imperialism:

During the Boxer Rebellion, Twain said that “the Boxer is a patriot. He loves his country better than he does the countries of other people.

14. He was the Vice-president of the American Anti-Imperialist League 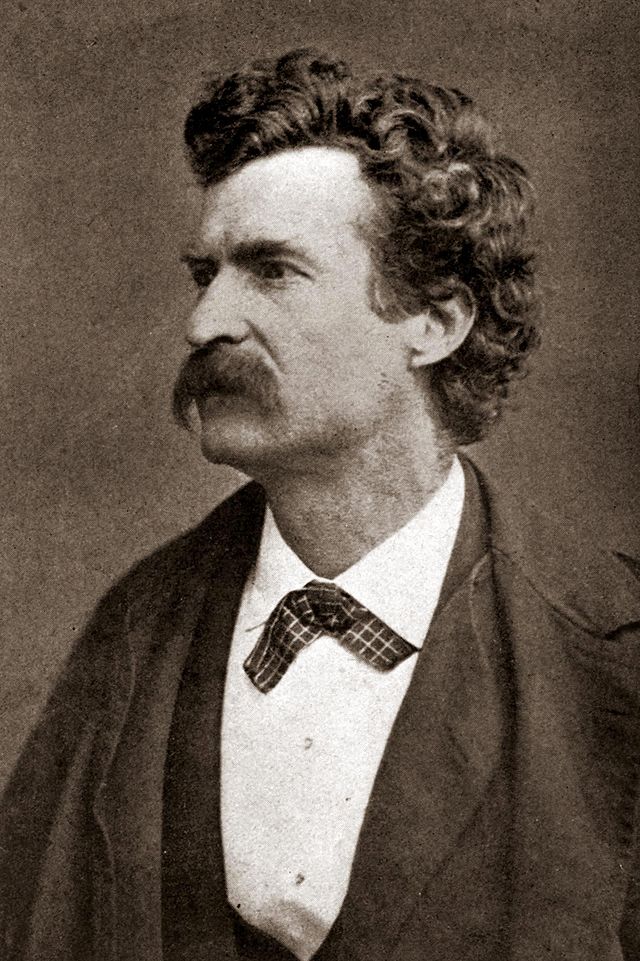 From 1901, soon after his return from Europe, until his death in 1910, Twain was vice-president of the American Anti-Imperialist League, which opposed the annexation of the Philippines by the United States and had tens of thousands of members. He wrote many political pamphlets for the organization.

The Incident in the Philippines, posthumously published in 1924, was in response to the Moro Crater Massacre, in which six hundred Moros were killed. Many of his neglected and previously uncollected writings on anti-imperialism appeared for the first time in book form in 1992.

Twain was critical of imperialism in other countries as well. In Following the Equator, Twain expresses hatred and condemnation of imperialism of all stripes.  He was highly critical of European imperialists such as Cecil Rhodes and King Leopold II of Belgium, both of whom attempted to establish colonies on the African continent during the Scramble for Africa.

King Leopold’s Soliloquy is a political satire about his private colony, the Congo Free State. Reports of outrageous exploitation and grotesque abuses led to a widespread international outcry in the early 1900s, arguably the first large-scale human rights movement.

In the soliloquy, the King argues that bringing Christianity to the colony outweighs a little starvation. The abuses against Congolese forced laborers continued until the movement forced the Belgian government to take direct control of the colony.

15. His contribution to the Philippine and American War 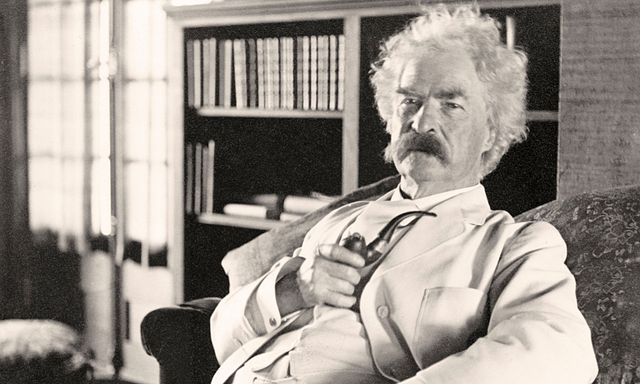 During the Philippine–American War, Twain wrote a short pacifist story titled The War Prayer, which makes the point that humanism and Christianity’s preaching of love are incompatible with the conduct of war. It was submitted to Harper’s Bazaar for publication, but on March 22, 1905, the magazine rejected the story as “not quite suited to a woman’s magazine”.

Eight days later, Twain wrote to his friend Daniel Carter Beard, to whom he had read the story. None but the dead are permitted to tell the truth. Because he had an exclusive contract with Harper & Brothers, Twain could not publish The War Prayer elsewhere; it remained unpublished until 1916. It was republished in the 1960s as campaigning material by anti-war activists.