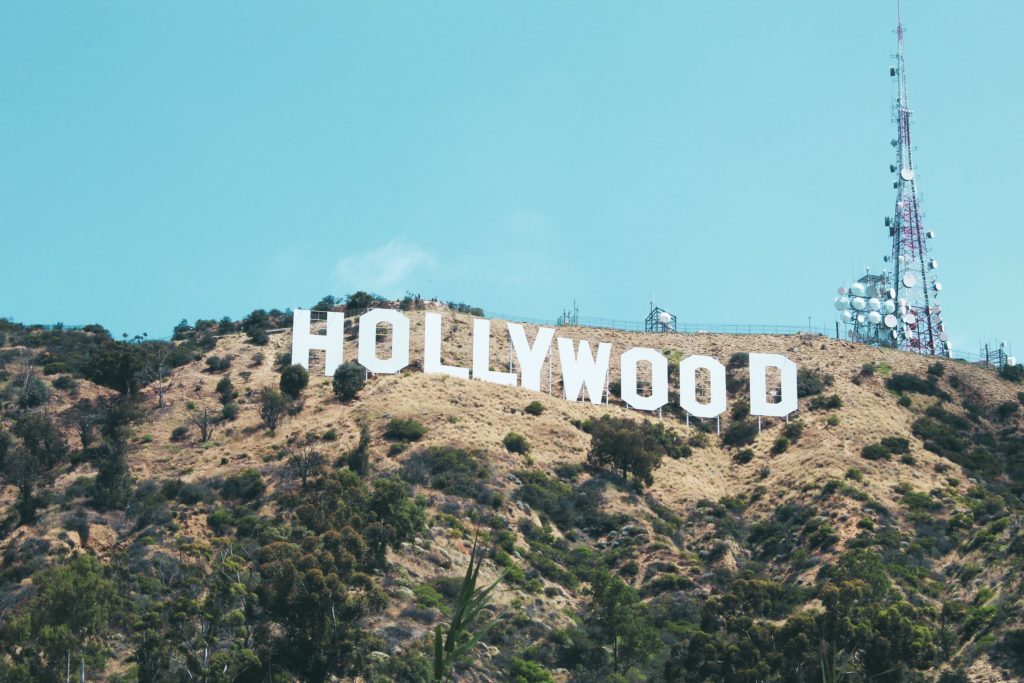 Photo by Nathan DeFiesta on Unsplash

The Hollywood Sign is not only an American landmark but also a cultural symbol. It is located on Mount Lee in Los Angeles. The sign is 45 feet tall and 350 feet long.

This sign has been on Mount Lee since 1923. It was put up to advertise the local real estate development but was never pulled down because it became popular.

The sign has been featured in several scenes in popular culture. It has been used in opening shots to movies and television shows based in Los Angeles.

There are parodies to this sign that are spelt differently. The Hollywood sign is copyrighted by the Hollywood Chamber of Commerce.

This sign has seen its fair share of facelifts, scandals and success. There is more about this sign and I have the top 10 cool facts about it.

1. The sign was originally an electric billboard for a real estate development in 1923

The first sign on Mount Lee was built in 1923 by Los Angeles Times publisher Harry Chandler. He wanted to advertise the new housing development called Hollywoodland.

The sign of This 43-foot letter was also lit with 4000 20-watt light bulbs spaced at eight inches apart. The lights would flash at night. His aim was to get all the attention he could since Hollywood was growing as a movie industry.

It cost Chandler and his partners $21,000 to have the huge letters put up. They had planned to have the sign up for a year.

2. The original sign was much bigger than the current one 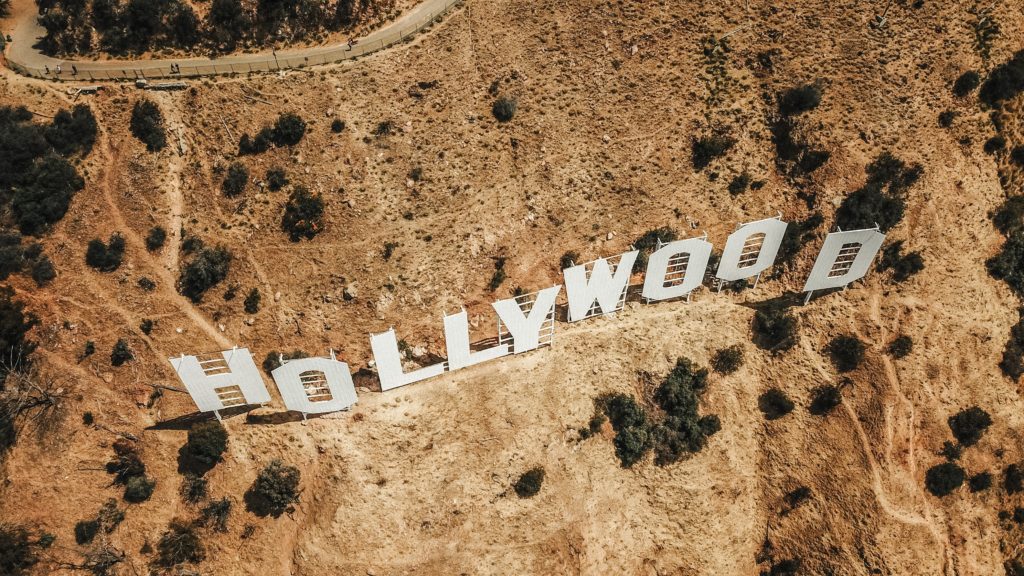 Photo by Justin Aikin on Unsplash

The original letters for the Hollywood sign were made from large sections of sheet metal that were 50 foot tall. Wooden scaffolding, pipes and poles were used to prop up the sign.

Later in 1978, the letters were shortened when the last four letters were removed. The new sign now read as ‘Hollywood’. It now relates more to the movie-making industry than real estate development.

Getting close to the Hollywood sign is not as easy as you may think. The sign is completely closed off to the public for security reasons.

The sign, which is about 1800 feet above sea level is under 24-hour security and trespassers are heavily fined. To get to the sign, not its actual size but a close view, one can hike up the mountain.

There are daily hiking tours that lead to the perfect viewing point where you can take cool photos. 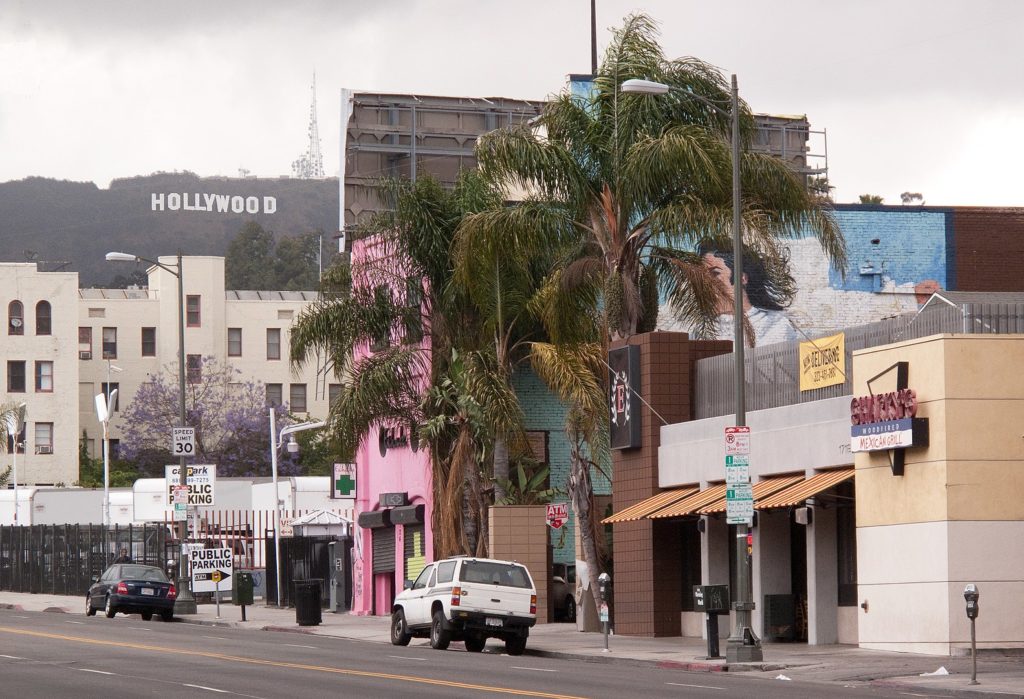 There are also several parodies of these signs featured in several films such as The Simpsons, BoJack Horseman, and Shrek.

In the mid-40s, this sign had deteriorated such that the community around it wanted the sign removed. Chandler and his partners sold the land together with the sign to the city of Los Angeles.

5. An actress became famous after taking a plunge off the sign

This is not a cool fact but worth mentioning. A struggling actress ended her life by jumping off the Hollywood sign. Peg Entwistle had moved from New York to Los Angeles to pursue her acting career.

She landed a contract for a mystery film but the contract was not renewed after it expired. Frustrated by this turn of events, she climbed the Hollywood sign and jumped off.

What is more ironic about the actress life was that a production company had sent her a letter offering a leading role in a movie. She never got to see this, unfortunately.

6. A new sign replaced the old one which was longer

With little maintenance of the sign, it began to deteriorate, leaving the word with missing letters.

One of the Os fell off while arsonists attempted to destroy the second ‘L’. this led a group of famous well-wishers to fundraise in order to keep the sign up.

The restoration of the sign was done three months later. Once completed, it was different from the previous one which was longer.

This new sign was not similar to the old one. It had steel footing and the colour is plain white. It is painted once a year.

7. Lots of pranksters used the sign to fool people

This sign has been used by pranksters to lure innocent people. It is because if its visibility and prominence. The sign is protected and promoted by nonprofit The Hollywood Sign Trust, while its site and the surrounding land are part of Griffith Park.

A group of young men climbed mount Lee and changed the last four letters to read Holyweed. They were celebrating that state law that essentially decriminalized the possession of small amounts of marijuana.

The letters were also changed to read Ollywood and Holywood.

Visitors can hike to the sign from the Bronson Canyon entrance to Griffith Park.  There is also a trailhead adjacent to Lake Hollywood Reservoir. These trails will take you close to the sign but at a safe distance since it is fenced.

The main Griffith Observatory hike leads to an advantageous spot that allows one to view the Hollywood sign with less obstruction. 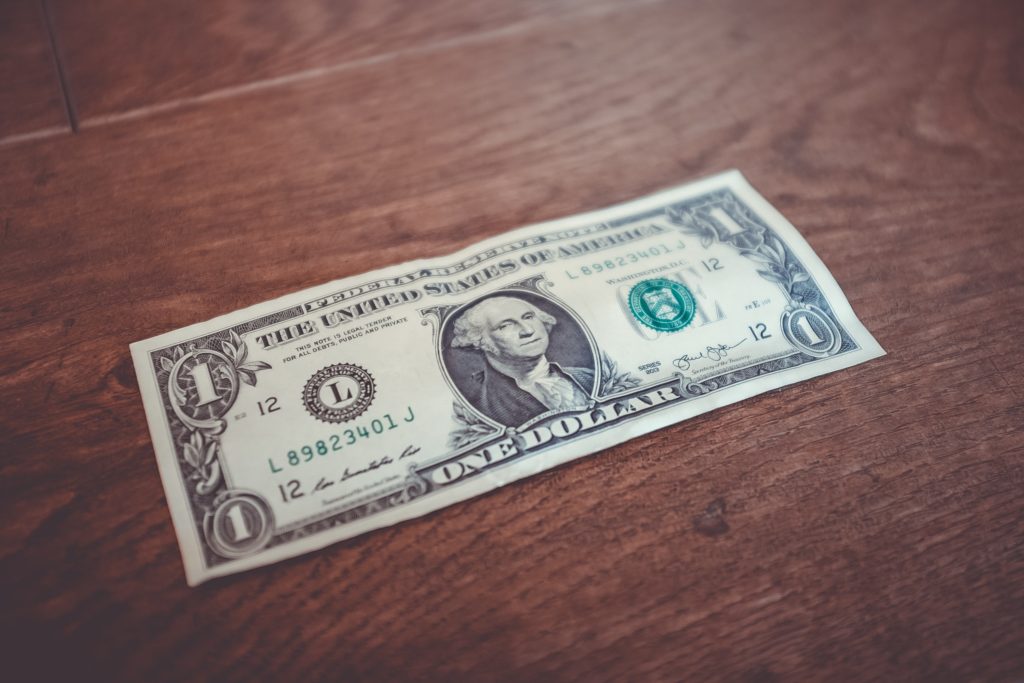 Photo by NeONBRAND on Unsplash

The Hollywood Sign Trust was founded in 1992. Its main purpose is to maintain and promote the Hollywood sign. It continues to care for the sign today. They have also installed webcams that allow for online viewing of the sign.

The trust helps to promote Hollywood as the heartbeat of global entertainment.

Thomas Fisk Goff is a London-born artist who created the Hollywood sign. He moved from England in the early 1920 and opened the Crescent Sign Company.

His company was given the contract to build the Hollywood letters that were placed on mount lee.