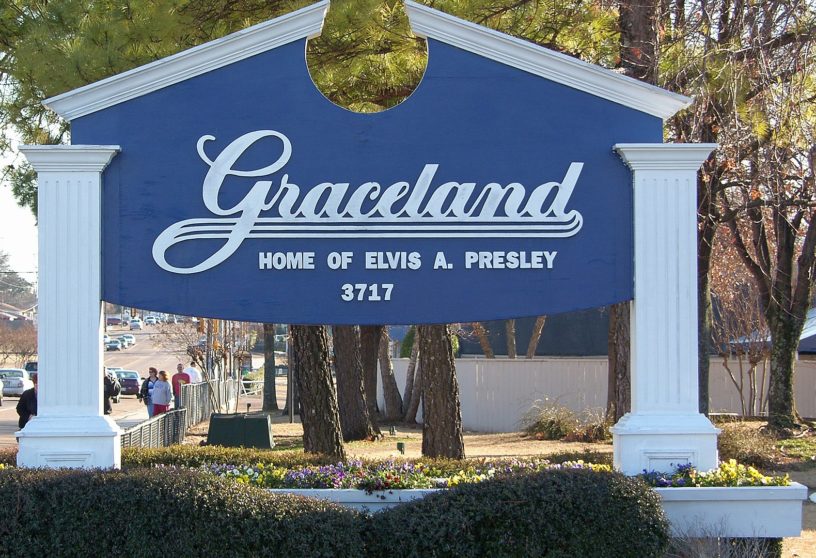 Elvis Presley’s Graceland was part of a 500-acre estate during the civil war, owned by a businessman named Stephen C. Toof, the founder of S.C Toof & Co., a commercial printing firm in Memphis. This Estate was previously used for farming. Subsequently, the ownership changed from Stephen C. Toof to her daughter Grace Toof in the year 1894. When Grace died, the land was inherited by her niece named Ruth Moore, a Memphis socialite, who got married to Dr. Thomas Moore. 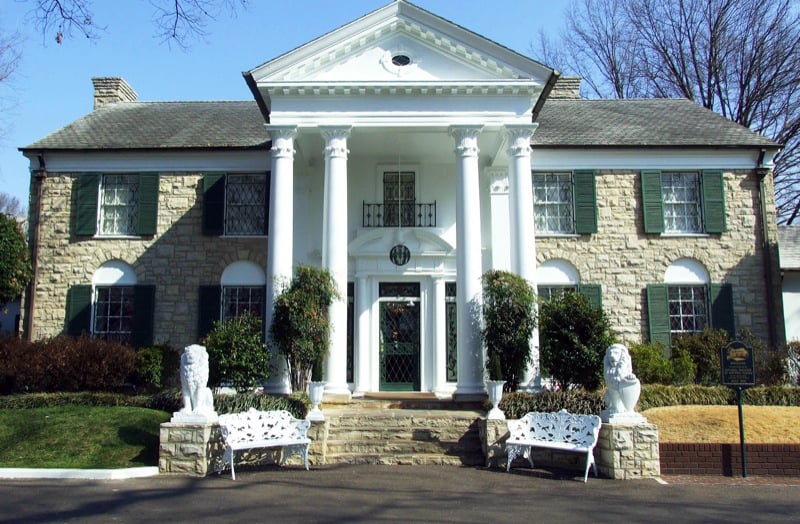 Elvis Presley’s fame heightened as he rose to the peak of his music career, attracting most of his fans, neighbors, and press. They frequently flocked to his home at 1034 Audubon Drive. This became a nuisance to Elvis and it prompted him to look for a rural area to escape his anxieties and get privacy. on 19th March 1957, Elvis Presley, at only 22years procured the Graceland home for $102,500 only.

Over the year, Elvis Presley welcomed Richard Williams and singer Buzz Cason to the house. Cason exclaimed “We proceeded to clown around on the front porch, striking our best rock ‘n’ roll poses and snapping pictures with the little camera. We peeked in the not-yet-curtained windows and got a kick out of the pastel colored walls in the front rooms with shades of bright reds and purples that Elvis most certainly had picked out.” 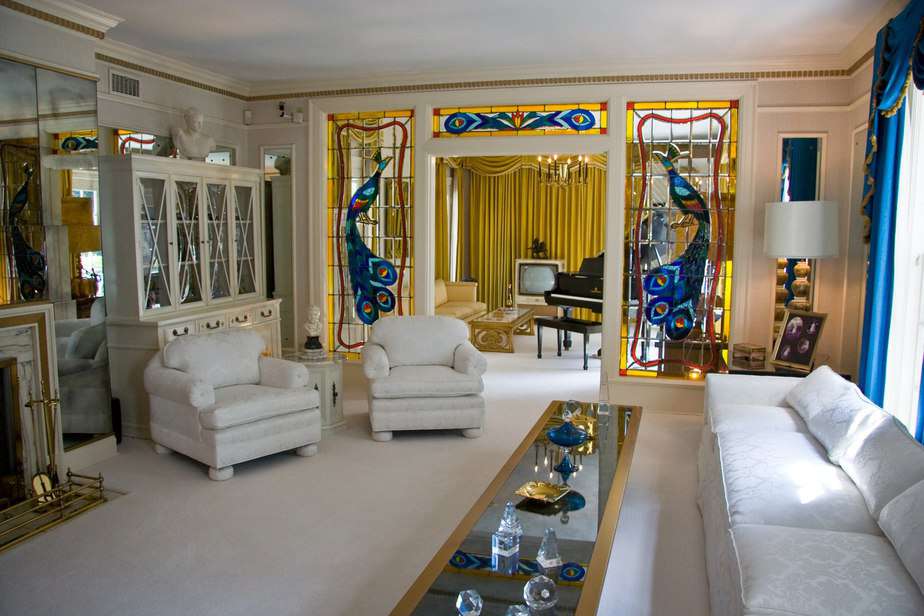 The mansion has three floors;  The basement has a T.V room, which has 3 built-in television sets, a stereos cabinet for Elvis Presley’s record collection. 1st floor has a living room furnished with a white sofa and a white fireplace with, family photos hung on the wall. There is a painting of Elvis Presley’s last Christmas gift from his father Vernon. On the same floor is the dining room connected to the kitchen which was closed to the public because it was used by Elvis Presley’s Aunt Delta until her demise in the year 1993. The music room on the same 1st floor has a black baby grand piano and a T.V.

The 2nd floor has Elvis Presley’s bedroom, private office, bathroom, where Elvis died inside, and his daughter Lisa Marie’s bedroom. This floor is locked to date, and not open to visitors due to respect for the family’s privacy. 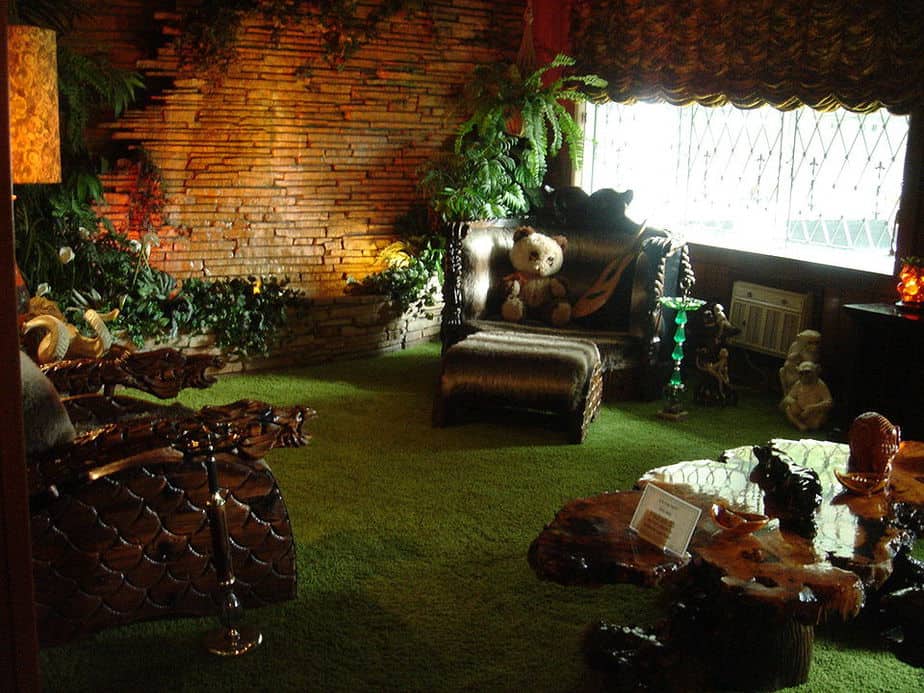 Elvis Presley spent  $500,000 in the 1960s to expand the mansion to suit his needs. He constructed a swimming pool with a  kidney shape, a racquetball court like an old country club, a functional bar, and Elvis’ dark brown piano. Architect Abe sauer designed and built the pink Alabama fieldstone wall with wrought iron gates with a design of a book of sheet music, with green-colored musical notes and Elvis’s silhouette.

An extension of ‘The Jungle room’ with an indoor waterfall made of fieldstone constructed was later changed to be a recording studio in the year 1976 where Elvis Presley recorded his two albums from Elvis Presley Boulevard, Memphis, Tennessee, and Moody Blue. A large extension, between the music room and the swimming pool which earlier stored a slot car track and kept his many awards was later changed to be a trophy house where it currently exhibits Elvis Presley’s family portraits.

6. Elvis Presley’s Graceland home has a memorial and meditation grounds 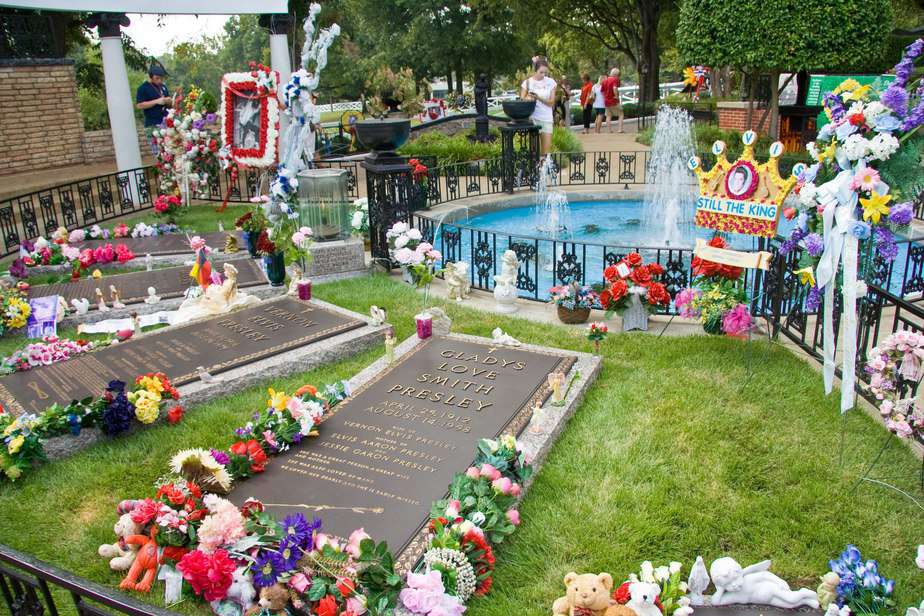 Due to Elvis’s body insecurity, as thieves tried to steal his expensive coffin, his body, alongside those of his twin brother Jesse, mother Gladys, and grandmother Minnie May was exhumed and transferred from their family graveyard in Forest Hill Cemetery and reburied in the memorial grounds on October 1977. 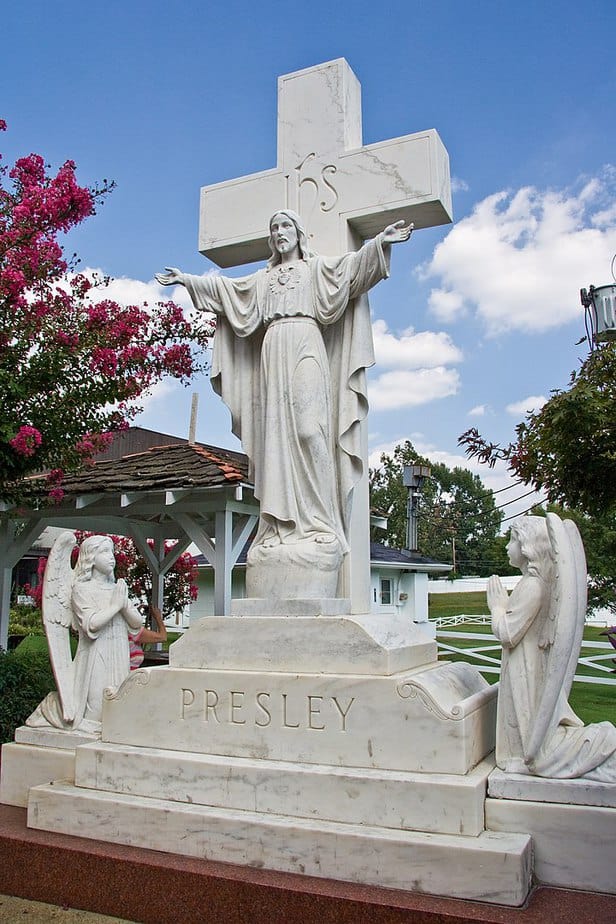 At Graceland home, a meditation yard was designed and built by architect Bernard Grenadier between the year 1964 and  1965.  Elvis spent part of his time there reflecting on his life. A statue of Jesus and two kneeling angels was relocated from the family burial site, at Forest Hill Cemetery to the yard.

7. Elvis Presley’s Graceland home is a haven of animals

Elvis loved animals, and that is seen when he named most of them after his fans. No wonder in his album ‘Tiger Man’ he sings the ‘king of the jungle’, a fair description of the king of Rock ‘n’ Roll. At Graceland’s home were Chicken, Turkey, Pigs, Ducks, Donkeys, Cats, and Peacocks who could misbehave by fighting their reflection in the shiny car leading to their donation to Zoo. Several dogs with names, like Michael Edwards who was named after Elvis’s Character in “It Happened at the World’s Fair”.

Horses like the Mare Ingram,  named after Memphis Mayor William Ingram, Wallabies given by Australian fans while filming “Jailhouse Rock” in the years 1957 and 1962 which Elvis later donated to Memphis Zoo. The  Chimpanzee named scatter,  could put on clothes like a human being and take a walk with Elvis and friends. Later it misbehaved by destroying Goldwyn’s office property and was thrown out to Graceland. I can’t forget Mynah, the speaking bird who could copy sounds like the reasons why Elvis could not come to the phone; “Elvis is asleep,” Elvis is not available,” Elvis is not here”.

Elvis Presley died on 16th August 1977, predeceasing his father Vernon, his grandmother Minnie and his daughter Lisa Marie. . His property were to be held in trust until her daughter Lisa Marie attains the age of 25. Vernon served as Elvis’s estate executor but died two years later and he appointed Priscilla, Elvis’s divorced wife as the estate executor of Lisa Marie Presley’s inheritance. She served until 1993 when Lisa Marie finally took complete ownership of his father’s property at the age of 25. The site says “Lisa Marie Presley retains100% sole personal ownership of Graceland Mansion itself and her father’s personal effects

9. Elvis Graceland is converted into a museum

During Priscila’s tenure, Elvis Presley’s  Graceland home expenses rose to  $500,000 per year, including taxes due on the estate. This pulled down Lisa Marie’s wealth to approximately $1000,000 per annum, tempting Priscilla to dispose of  Graceland. She later switched the property into an enterprise,  ‘Elvis Presley Enterprise’,  and engaged Jack Soden, a Kansas City, Missouri investment counselor who planned and spearheaded the opening of Graceland to the public on 7th June 1982. This made the estate recover all its previous losses within a month. Every 15th of August is an American calendar day ‘Elvis’ Week’ celebrated yearly, at Elvis Presley’s Graceland home, memorial grounds. Several activities take place, like memorial service, night vigil with candle lighting, and concerts in commemoration of Elvis Presley.

Elvis Presley’s Graceland was listed in the United States National Register of Historic Places in the year 1991 and it became a National Historic Landmark on March 27th, 2006. 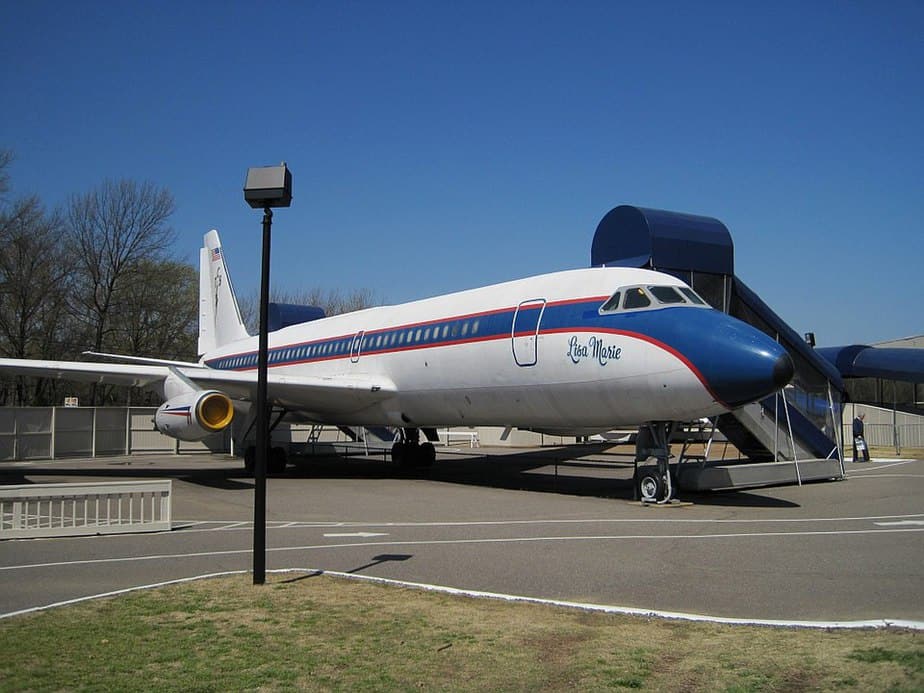 In  1993, Graceland bought the shopping center plaza, formerly a suburban strip shopping center, after the expiry of a five-year lease in the year 1987, and Graceland Crossing complexes in 1997. Both were closed in  2017 to pave way for Graceland’s new entertainment complex, Elvis Presley’s Memphis. A nearby hotel was bought, renovated, and renamed ‘Elvis Presley’s Heartbreak Hotel’ in 1999 and later changed to a Guesthouse, a 450-rooms resort hotel in 2016.

Other developments were the returning of Elvis’ Lisa Marie jet and Hound Dog II JetStar planes, which Elvis’ father had sold in 1978, and the opening of the Elvis Presley Automobile Museum in Graceland Plaza in 1989. The unutilized land since its procurement in the year 1962 was converted into Graceland visitors’ parking and the airplane exhibit grounds.