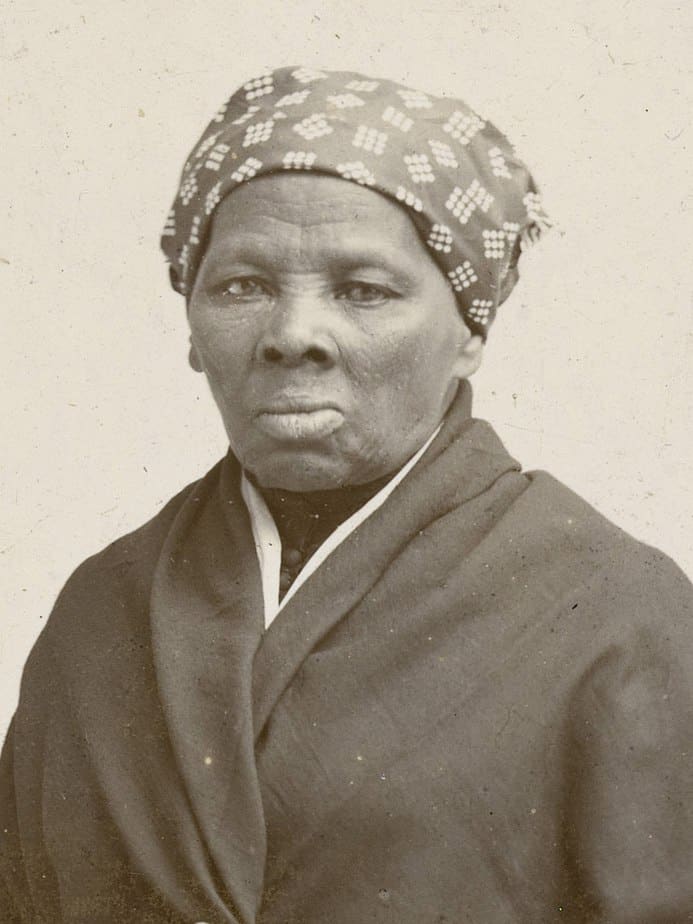 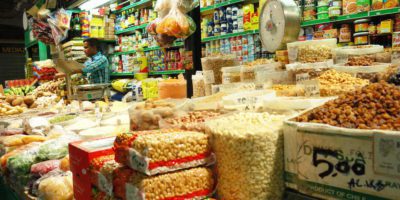 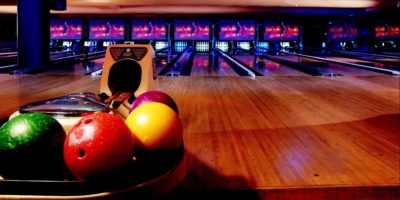 Top 4 Tips for the Best Bowling Night in Paris 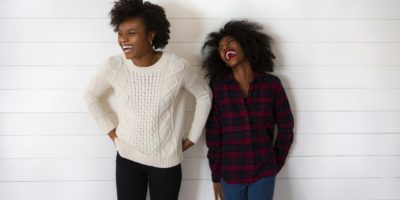 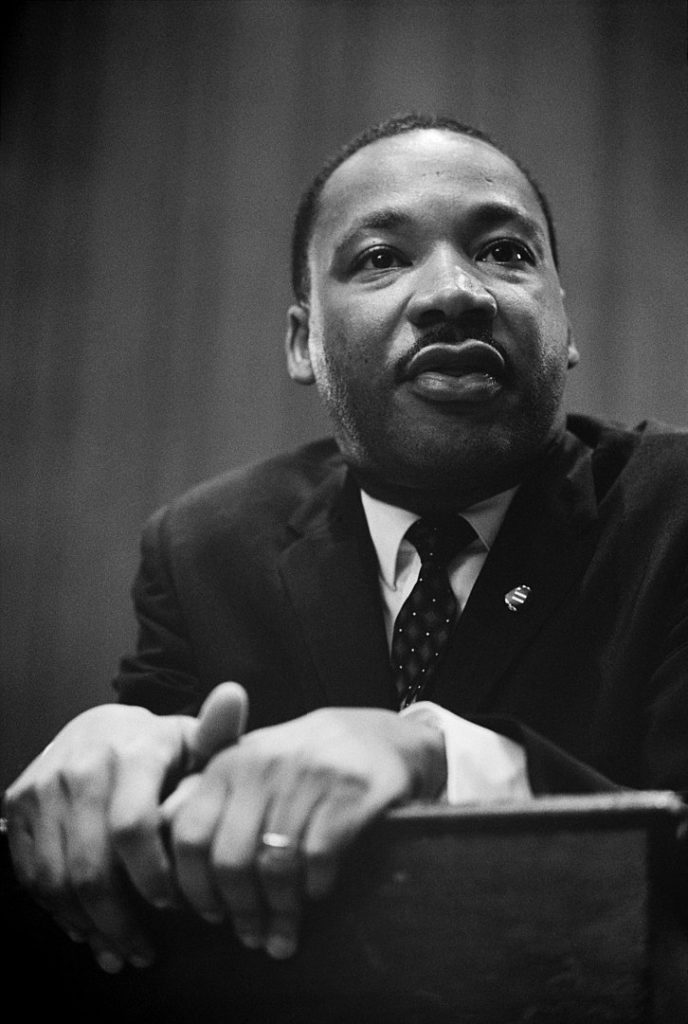 The United States of America is a country whose bragging rights are that it is one of the most diverse nations and rightfully so.

Not only is the population diverse but its geography, climate and laws. This is one of the few countries in the world where you will find vibrant cultures, ethnicities and religions.

It is hard to pick just one thing about this country and many love to visit to get their slice of the American dream. America, as a country, has been around for about 244 years.

Over these years Americans of all walks of life have been able to influence the world. Be it through politics, entertainment, literature, innovation and so much more.

Their innovations, technology and achievements are something to be celebrated. While there are several influential ad famous Americans from different fields, here is our list of the top 10 most famous American People. 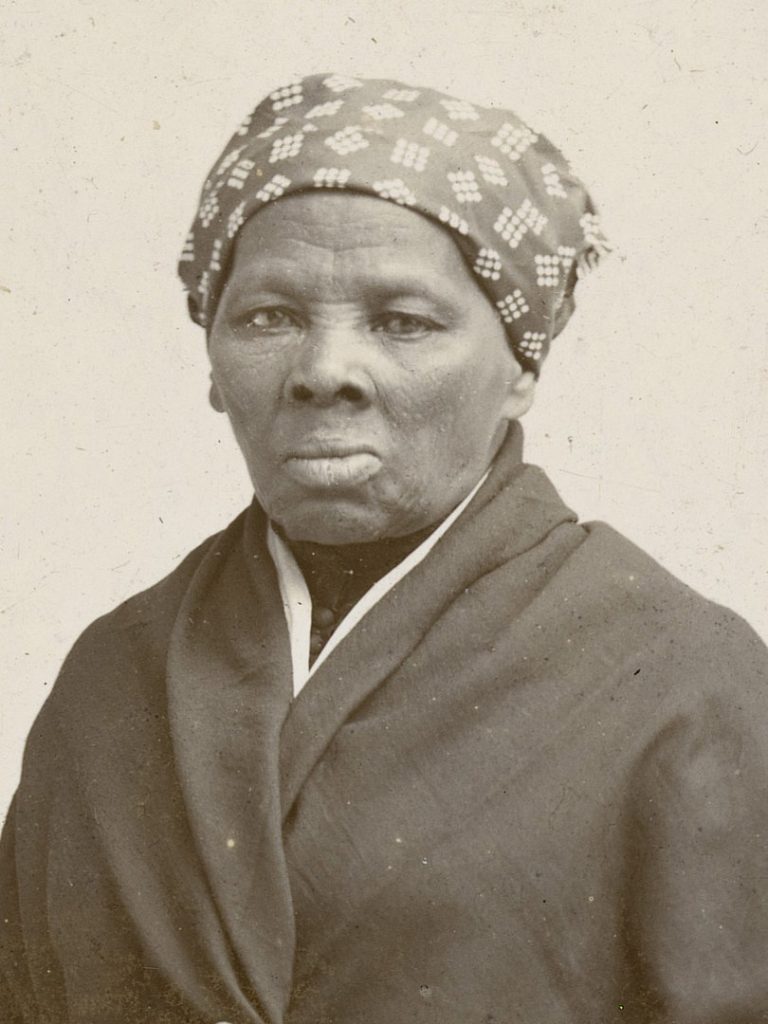 Harriet Tubman was an American abolitionist and political activist. Her exact year of birth is unknown, but it is believed to be between 1820 and 1822.

Tubman was born into slavery and was subjected to beatings and abuse which was common to slaves at that time.

When she was a teenager, Tubman was hit by a metal rod in the head by her master. The master was attempting to hit another slave who was about to escape.

It caused her serious head injuries, leaving her with a concussion. She lived the rest of her life-fighting seizures.

After escaping from slavery, Tubman made it her mission to free as many slaves as she could.

She made 13 missions where she rescued about 70 slaves including her family. Harriet worked with antislavery activists to take the rescued slaves to safe houses that were known as the Underground Railroad.

To date, Harriet is a symbol of courage and the abolition movement.

Ruth Bader Ginsburg was born in 1933 in the state of New York. She was an American lawyer and jurist who became an Associate Justice of the U.S. Supreme Court.

Bader took the oath of office in 1993 after she was appointed by President Bill Clinton. An office she served in until 2020 when she passed away.

As the 2nd female justice as well as the 1st Jewish female justice, Ginsburg fought for gender equality, rights of workers and the separation of church and state.

Ginsburg was a firm believer of the opinion that law is gender-blind and everyone had equal rights.

Among the several cases that she won at the Supreme Court, one was about the Social Security Act. She challenged the gender discrimination, in which women were more affected, by this act.

The ruling by the Supreme Court was in favour of Ginsburg. As a result of this decision, a new class of Social Security survivors benefit was formed. 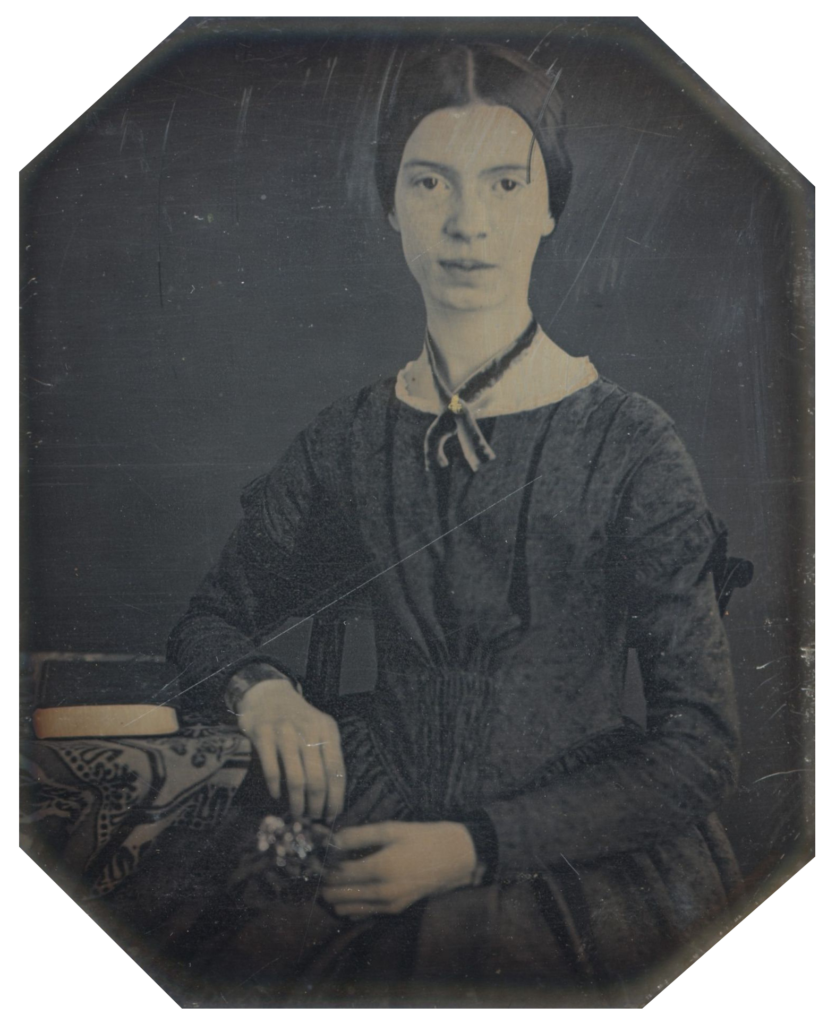 Emily Dickinson was one of America’s greatest poets. Although she chose a reclusive lifestyle for most of her adulthood, her poems spoke to millions.

Most of her poems were published after her death. They received widespread literary praise for their bold and eccentric style.

She was an intelligent girl who wrote original and captivating stories that wowed her classmates.

After completing school, Dickinson spent her time writing on immortality and death. Many romanticised her lifestyle that interested her curious fans.

Her choice of lifestyle was dictated by her shyness and the discomfort she got when in social gatherings.

Ida Wells was another fierce African-American activist for both civil rights and women’s suffrage.

She was an investigative journalist who covered stories on the practice of lynching in the Deep South.

Wells used the power of the pen to loudly condemn the lynching of innocent people. This made her a national figure in the late 19th century.

Ida was born into slavery and was freed by the Emancipation Proclamation of 1863. Despite being free, she encountered widespread discrimination and racial bigotry.

She was one of the founders of civil rights groups such as the NAACP. Other than activism, Ida was also a teacher in black schools. 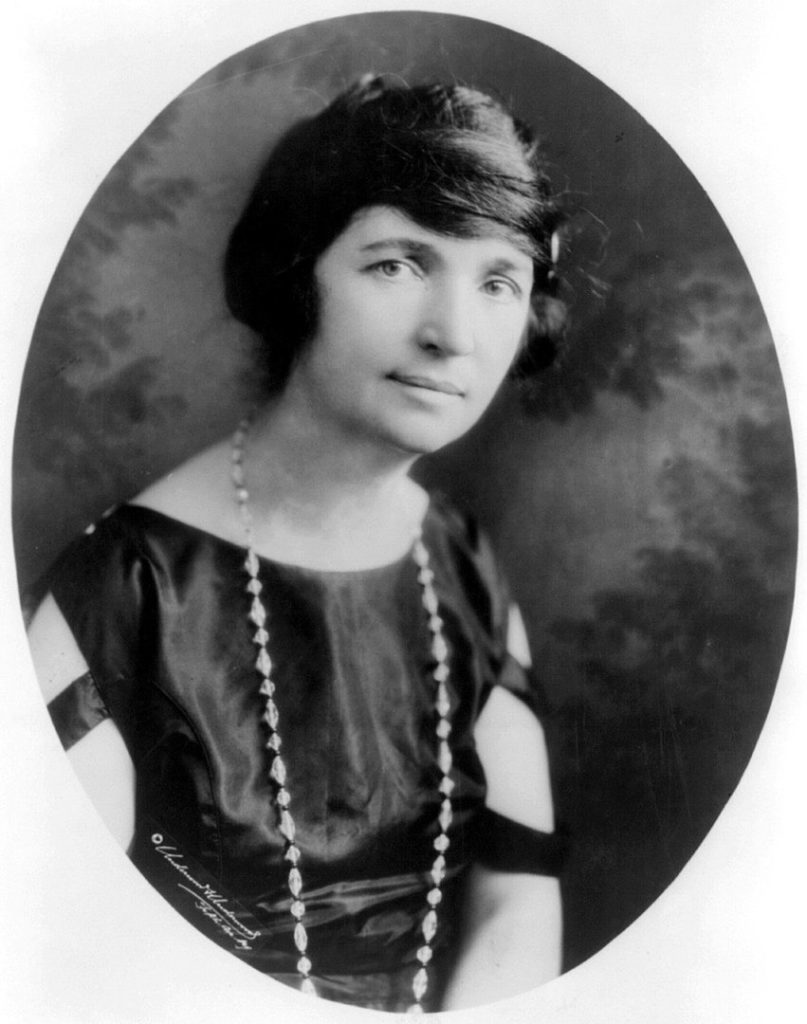 Sanger was a leading pioneer in fighting for women to access contraceptives and health care services. This was a very controversial area at the time but Sanger defied all odds to win the fight.

She devoted her life legalize birth control for women in the United States and globally too.

Having been born in 1897, the Comstock Act, which was a federal statute, criminalized contraceptives for women.

Disturbed by the Act, Sanger dedicated her time to fighting for women’s reproductive health.

The term birth control was first used in 1914 and it is credited to Margaret Sanger. In 1915, she secretly sent diaphragms through the mail to women.

She was arrested in 1916 for opening the first-ever birth control clinic in the United States.

When she was 81, Sanger witnessed the abolition of the Comstock Laws. She died knowing her efforts and resilience bore fruit and women worldwide can access contraceptives.

Ronald Wilson Reagan was a politician who served as the 40th president of the United States. He served from 1981 to 1989.

Born in a poor family in northern Illinois, Reagan went to Eureka College and graduated in 1932.

Before getting into politics, Reagan was a Hollywood actor as well as a union leader.

His first job was as a sports commentator in several regional radio stations. He then moved to California in 1937 where he got into acting.

As the president of the United States, Reagan is remembered for his anti-Communist foreign policy. He also cut taxes and increased military spending.

Jesse Owens was an athlete who was a track and field star. He won 4 gold medals during the 1936 Olympics held in Berlin.

The medals were from his exemplary performance in the long jump, 100 and 200 metres race, and the 4 by 100-metre relay.

This made him the first American to win 4 gold medals in track and field events in a single Olympic game.

His talent started at an early age where he was identified by his high school coach, Charles Riley. Jesse had to work at a shoe repair shop in the evening and missed a number of his training sessions.

Martin Luther King is one of the most famous Americans known worldwide. He is popularly remembered for his I Have a Dream speech.

This speech was delivered in 1963 during the march for jobs and freedom in Washington.

As a civil rights campaigner, he led the non-violent civil rights movement. Additionally, Luther was a charismatic leader who used his eloquence to call for change and ending segregation in the Deep South.

Unfortunately, King was assassinated in 1968 in Memphis Tennessee. In 1977, he was posthumously awarded the Presidential Medal of Freedom. 26 years later, he was given the Congressional Gold Medal.

Martin Luther King Jr. Day is celebrated on the 17th of January every year. 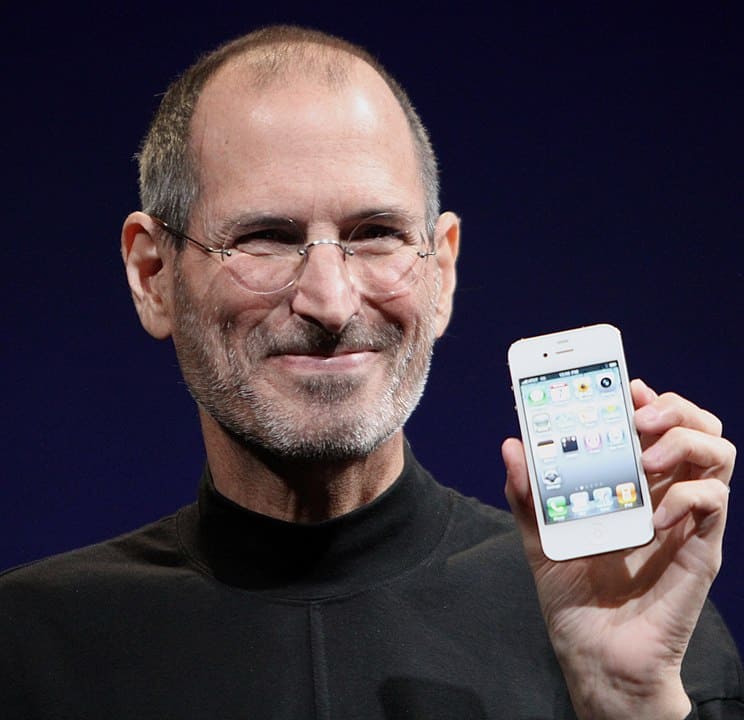 Steven Paul Jobs was a business magnate, entrepreneur and investor. He was the chairman, CEO and co-founder of Apple Inc.

Furthermore, Jobs was the chairman and majority shareholder of Pixar and the founder, chairman, and CEO of NeXT.

He is largely recognized as a creator of the microcomputer revolution of the 1970s and 1980s, together with his co-founder Steve Wozniak.

Their innovation transformed the world of telecommunications. During his time at Apple, he launched revolutionary products such as the iPod ad the iPhone.

His greatest attribute was his persuasion and salesmanship which has contributed greatly to the growth of the company.

Lance Armstrong is another famous American that domineered in cycling races. He broke the Tour de France record for seven seasons between 1999 and 2006.

What’s more, he beat cancer and always campaigned for more awareness of cancer.

However, his career was marked with controversy after he confessed to having used performance-enhancing drugs. He was stripped of all his tour titles in 2012.

Armstrong is also a published author. 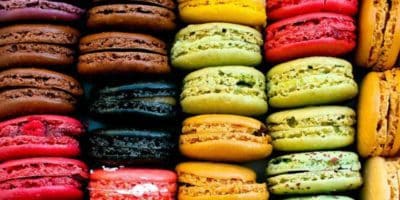 Best food to bring back from France 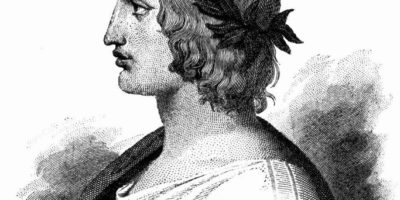 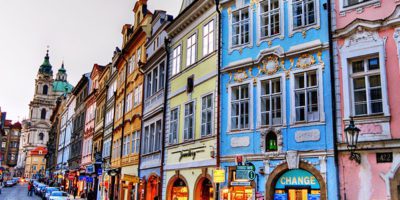