Transport in Paris: What you need to know 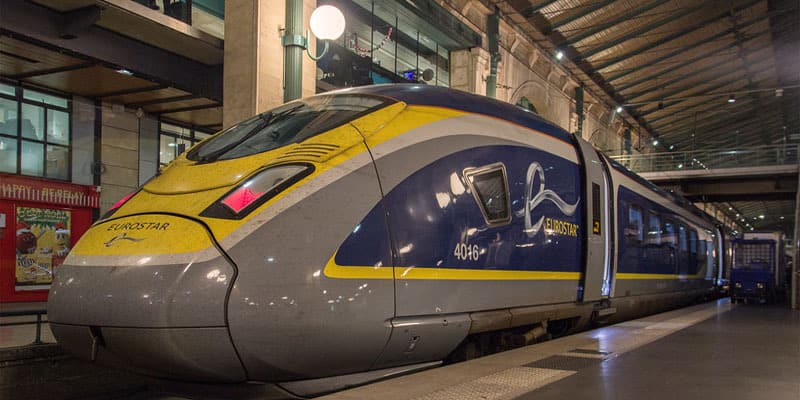 Transport in Paris: What you need to know

People visiting this town are often baffled by the complexity of transport in Paris. Moving within Paris is rather easy because of the numerous means of transport all over the city. From the metro to the tramway, buses and bikes, you can easily go to almost any place in Paris. Read on to find out how to use this information to get to the many things to do in Paris! Here’s the article about transport in Paris and what you need to know.

The metro is the best means of transport in Paris. Paris is not a very big city but the main monuments can be far from each other. On the price, you only need about 1.90 Euros for any journey in the metro. It costs the same price for twenty stations as for one station. To buy tickets, go to the machines or to information kiosks in the metro, and if you think that you are going to use more than ten tickets during your stay, buy a ticket book known as a “carnet“.

It contains ten tickets, and is cheaper than buying ten tickets separately. Plus you will of course save on time! The last thing you need to know about the metro is that it goes almost everywhere in Paris and where it does not go, the bus goes.

> Read this article to know how to use the metro in Paris.
> You will also enjoy this article if you want to know the best tips for the Parisian metro.

The slow but enjoyable way

The bus in Paris is not the best form of Paris transport. Metro and buses in Paris cost the same price, and you actually use the same tickets which you can even buy from the driver when you get into the bus. Parisians also always say “bonjour” to the driver of the bus, and he will almost always answer you with a small smile.

The buses are really nice for the city center where you can find a lot of stops. Actually, the bus is the best way if you want to enjoy viewing the city while seated. The main downside of the bus is that it is far slower than the metro and the taxis.

> Find out how to use the bus in Paris.
> Check our top 10 tips for your first time in Paris. 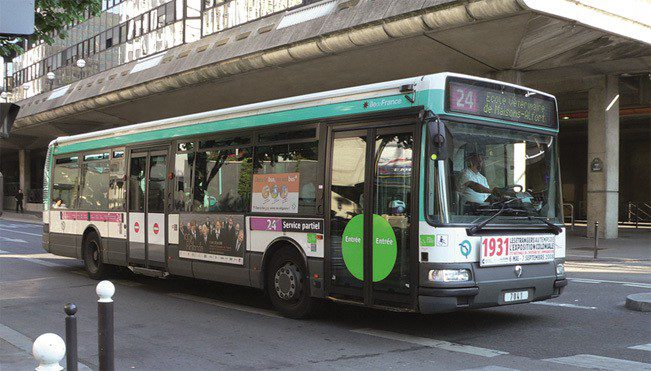 Taxis in Paris: the chalk and the cheese

Taxis in Paris are a good form of Paris transport. To catch one, you have to pay attention because they are not always painted in one color. The best way to spot one on the streets would be by paying attention to the sign on the car roof. To find taxis, you could either pick one from the street, or go to taxi stations next to the main landmarks in Paris.

During the day, the main downside of using taxis is the traffic jams all over the city, but I think it still remains the fastest way to move around Paris. You might notice in the streets that some roads are dedicated to the taxis and buses for them to go faster than regular cars.

The taxis in Paris are not so different from those in other big cities around the world. If you want to cross from one end of the city to the other, it will not cost you more than 25 Euros during the day. And here is one important point: the taxi is a good way to move around the city. But, to do so, you have to be able to first find the taxi! Even though it might be easy to find a taxi during the day, the story changes completely during the night.

There are fewer taxis in Paris today as compared to 1920, and the best time to see this would be during the night. If you do not book your taxi before you leave, it is very hard to find one on the streets. It is actually almost impossible to find an empty taxi during the night. That is why you should call a taxi company for reservations of the nearest taxi in the district. Taxis are a bit more expensive during the night, but it is still a safe and fast way to go back to your hotel real quick. 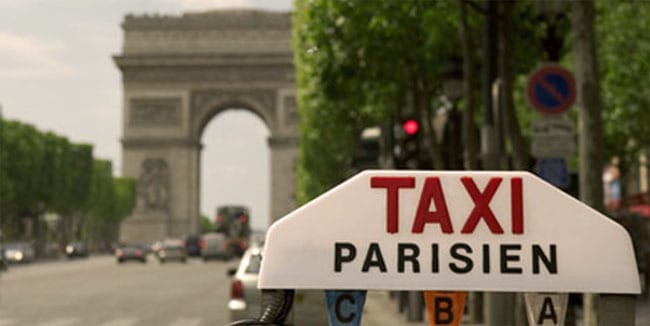 Going back from a party, a show or a walk late during the night is one thing that can prove to be difficult. Now that you know that taxis in Paris are impossible to catch during the night, you have to know how some Parisians go back home when the metro lines are closed. It means you have to go back to your hotel past midnight during the week, and later than approximately 1:30 am during the weekend.

There is the Noctilien, the Parisian night bus with different lines from the day, as buses are fewer as compared to the day, and unfortunately, it is not very safe. As a Parisian, I try not to use the Noctilien and I think that for you, it should also be the last resort for going back to your hotel or apartment.

The tram in Paris is not very popular inside the city, but at its border with the suburbs. It’s easy to use, relaxing and really fast! I doubt it will be of much use for you during your Paris stay, but if you want to do something specific like visiting the border of Paris, then do not forget that it could come in handy. It is actually the best way to go from one suburb to another without going back to a train station in the core of Paris, and that is the only use I see for it, for a tourist in Paris.

Six years ago, the Velib was launched in Paris. It is a service for renting bikes in the city, and it is one of the ways Parisians use to move around the city especially during the summer. To use a Velib, as a tourist, here is a short explanation on the way it works for you to be able to use one whenever you want.

To rent a Velib, deposit 150 Euros on your credit card, then buy a ticket for one day, and you can use the bike for free for thirty minutes, then it will cost you one euro per half-hour on the bike. The strategy for all Parisians is to ride for between 25-30 minutes, then you find a Velib station, wait five minutes, then re-use your Velib or any other for that matter for another thirty minutes for free.

The only thing is that you need to find a Velib station with empty places for your bike, and in the most famous districts, it might be harder than it seems. Some advice from a Parisian: you have to have a good sense of orientation because you can easily get lost in the small streets and you have to be used to riding bikes in a city because Parisians are bad drivers. So, be cautious when you use a Velib! 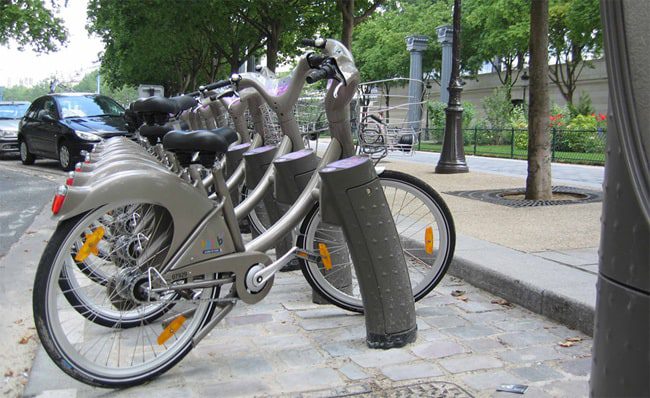 This article about the transport in Paris and what you need to know is now over! Don’t hesitate to contact us if you need further information about anything. See you soon in one of our tours!