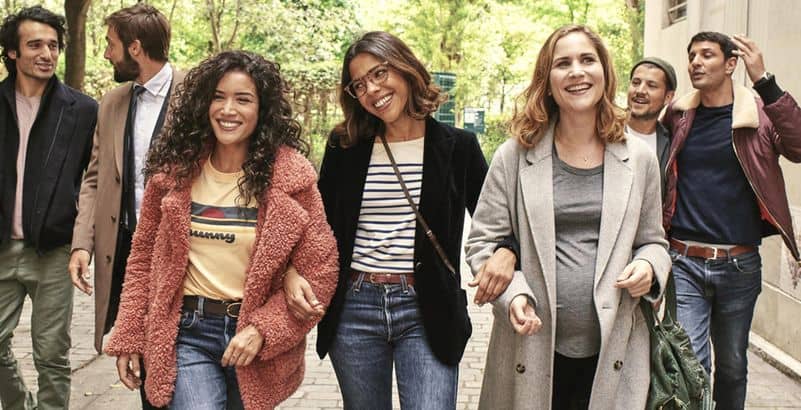 Get your pajamas on and ask for your friend’s Netflix account password if you don’t have one, because it’s binge-watch season.  If you’re looking for a unique viewing experience, France has many top quality series that deserve some attention. There are many reasons as to why you should watch French TV, no matter what some French people may tell you. France is a cultural and artists’ hub, so it is known for having one of the best film industries.

Not only that, but watching TV and movies in French is one of the best and most efficient ways to learn the language! By watching French TV shows we can pick up the pronunciation of French words and increase our vocabulary, especially colloquial words that we might not have learned in class.

Here is a list of some of the best French TV shows you can binge watch right now!

The Hook Up Plan (Plan Cœur) 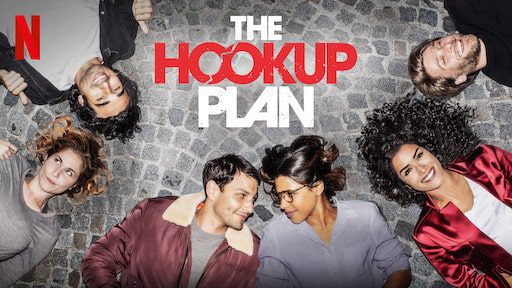 The Hook Up Plan, created by by Chris Lang and Noémie Saglio, is a fresh comedy that is extremely binge-worthy.

The story follows a young Parisian woman Elsa entering her thirties, stuck in a dead-end job, and still hung up on her ex-boyfriend two years after their breakup. Her friends notice she isn’t happy and try to help Elsa find her confidence again…by hiring a male escort to take her out.

From there, we see events transpire in the lives of all of Elsa and all her close friends and we see the repercussions of a “hook up plan” that, as you can imagine, won’t work so well. I won’t give away too much of the story but it’s a fun watch and the actors are great.

A fun part of watching the show is seeing the characters around Paris in my favorite frequented places around the city and identifying where they are.

There are two seasons so far, though season one was rated much higher than the second!

Though it’s unrealistic, it’s a pretty feel good show, and really funny. If you know some French, make sure you turn on the subtitles because they speak in French really quickly and it sometimes can be hard to keep up! 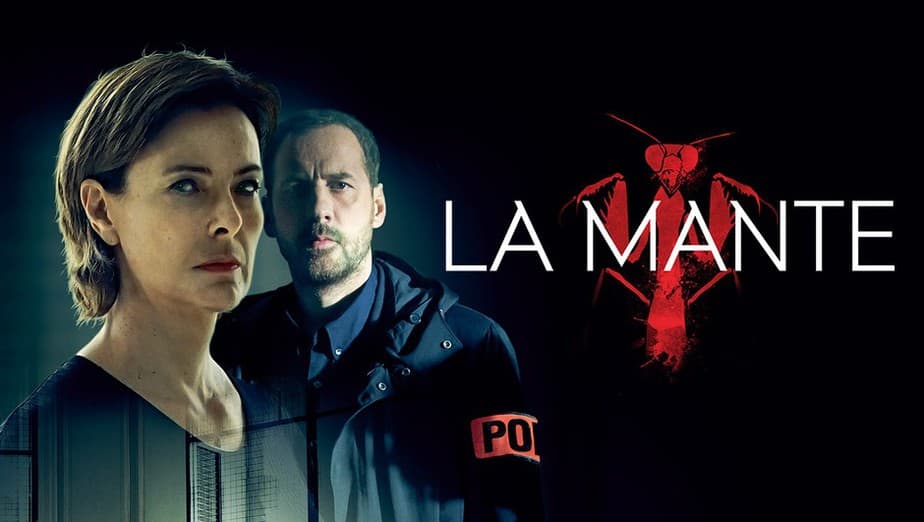 La Mante is a 2017 French thriller miniseries available on Netflix.

It’s a pretty interesting and original plot. The story follows Paris Police on the search for a psychopath whose murders are inspired by Jeanne Deber, known as “The Mantis”. She is a famous serial killer who terrorized France 25 years ago. Jeanne offers to assist the police in finding the copycat on one condition: to communicate only with Detective Damien Carrot, her estranged son.

“Binge watched the entire 6 episodes in a single night!” says one reviewer on Rotten Tomatoes.

It has a 7.5 out of 10 on IMDB, and there is a lot of praise for the actors’ performances. 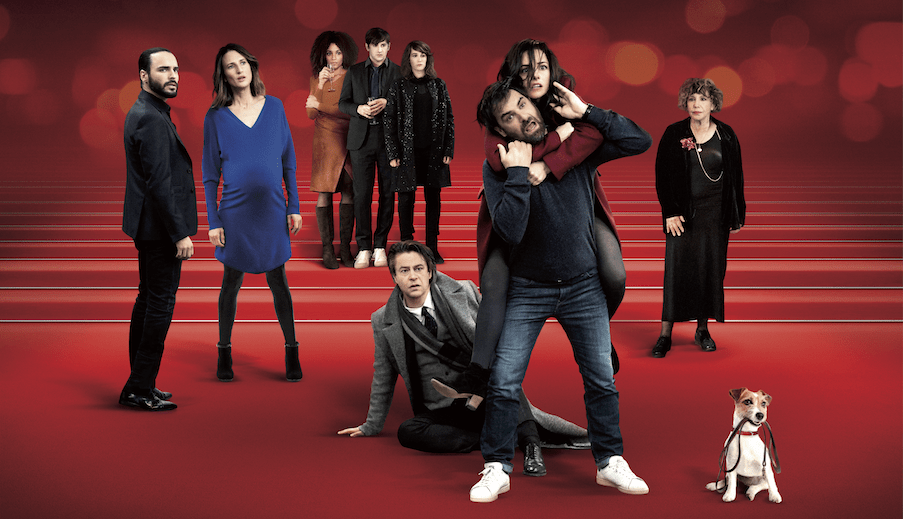 Call My Agent is a French comedy series available on Netflix.

The series portrays the daily life at one of the biggest (fictional) film agencies in Paris called ASK.

Characters Andrea, Mathias, Gabriel, and Arlette, agents to some of France’s top celebrities, deal with the shenanigans that come with working in a talent agency. while struggling to keep the business afloat following the death of its founder.

Call My Agent features some of the biggest stars in France – Isabelle Adjani, Juliette Binoche and Monica Bellucci among dozens of other actors.

The New York Times called it a hybrid of Entourage, Curb Your Enthusiasm, and The Office.  It scored a 98% on Rotten Tomatoes and has mostly great reviews. It’s funny yet also plays on the viewers’ emotions, sans cheesiness!

The series premiered in 2015 with the third series released in early 2019. Don’t worry, there are only six episodes per season, so it’s easy to catch up! 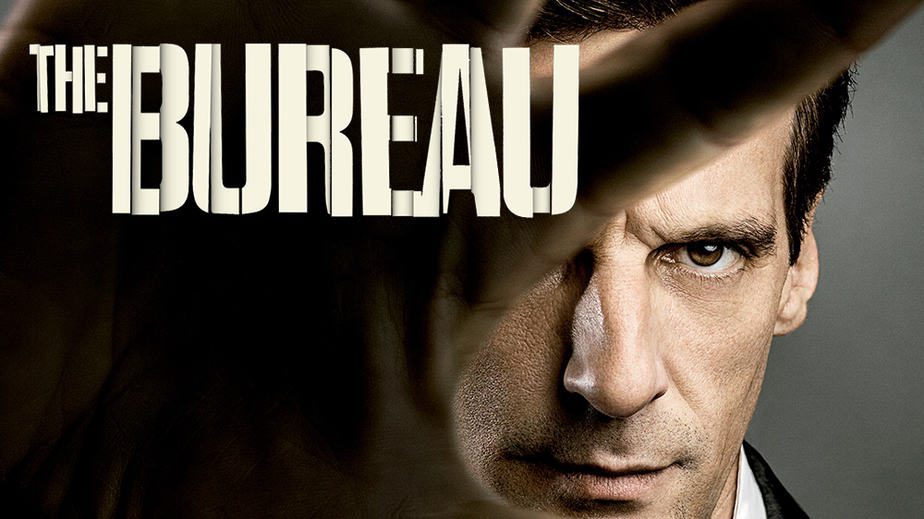 No, this isn’t the French version of The Office, though the name might have tricked you!

The Bureau is a French political thriller television series based on real accounts by former spies and is often compared to famous political series Homeland and The Americans.

It shows insight into the  fictional “Bureau of Legends”, responsible for training and handling undercover agents as intelligence sources on long-term missions in areas with French interests, especially in North Africa and the Middle East.

The show follows French intelligence officer Guillaume “Malotru” Debailly  who returns to Paris after six years working undercover in Syria. He has to face the challenge of returning to normalcy after his experience as a spy.

The Bureau  was actually a huge hit in the U.S. and abroad, with critical acclaim from The New York Times and Vanity Fair. Apparently it is a very realistic portrayal and Le Figaro even said “to this day, this series is the best ever made in France”.

I haven’t seen  this one but have already added it to my binge list! 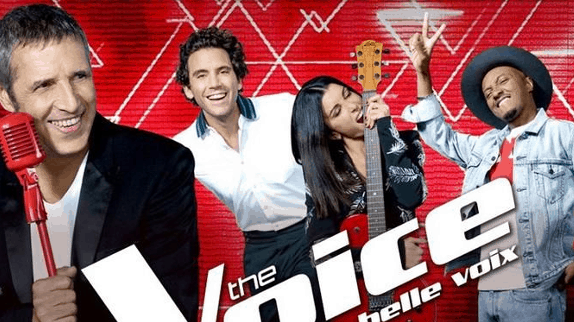 The Voice is one of the best reality shows ever created! And in case you didn’t know, it’s very popular in France. The concept is the exact same as the original US version. Talented singers sing in front of famous judges with their backs turned to the artist, so they only hear what is important- the voice!

The Voice has been responsible for the successful careers of many huge French artists including Kendji Girac, Amir, Louane, Slimane, and more. 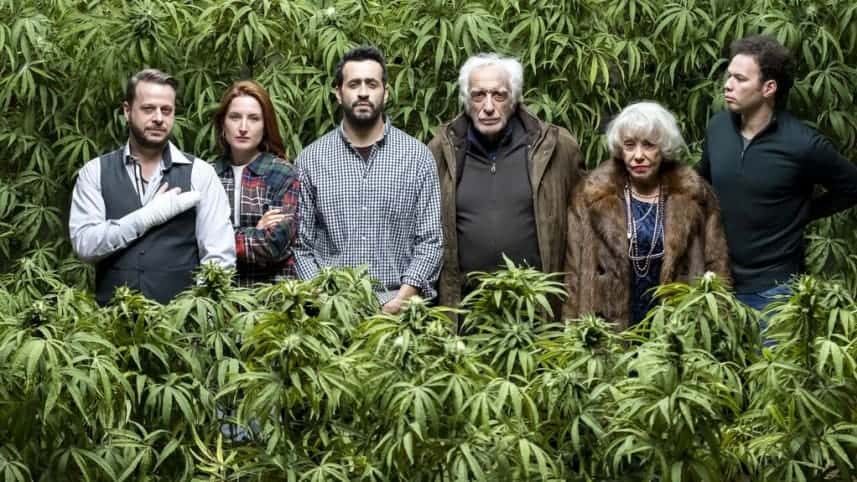 Some have called it the “French Jewish Breaking Bad“, and if any series is compared to Breaking Bad it is sure to be interesting.

Family Business is a 2019 series created about a failed entrepreneur, Joseph Hazan (played by Jonathan Cohen), smooth-talking startup entrepreneur ,who finds out that cannabis is about to be legalized in France. He decides to turn his family’s kosher butcher shop into the first marijuana coffeeshop in France.

It’s an interesting look into the real life decline of Jewish businesses in Le Marais after the 1980’s when boutiques and bars took over the neighborhood.

It’s not nearly as dark and violent as breaking bad, however it does have great writing and acting. It scored a 7.5/10 on IMDB and has mostly great reviews.

Watch the first season on Netflix!