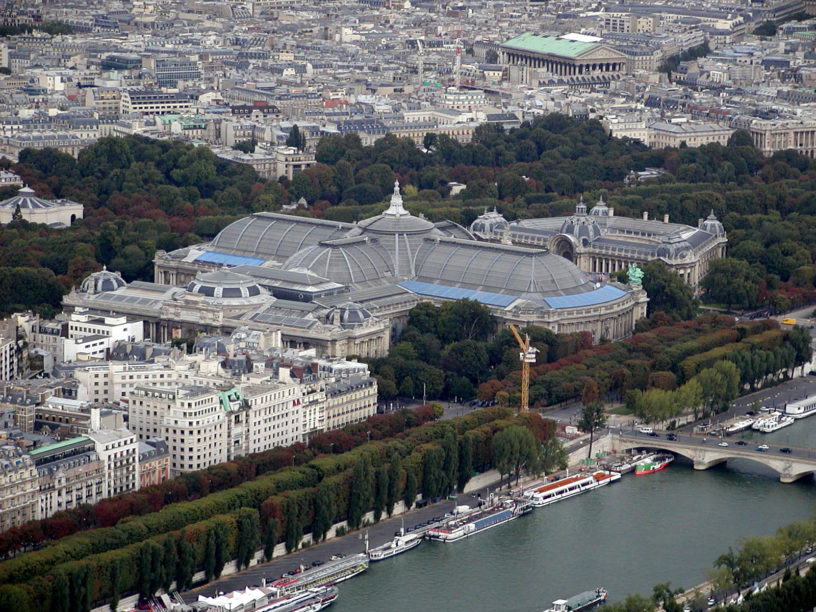 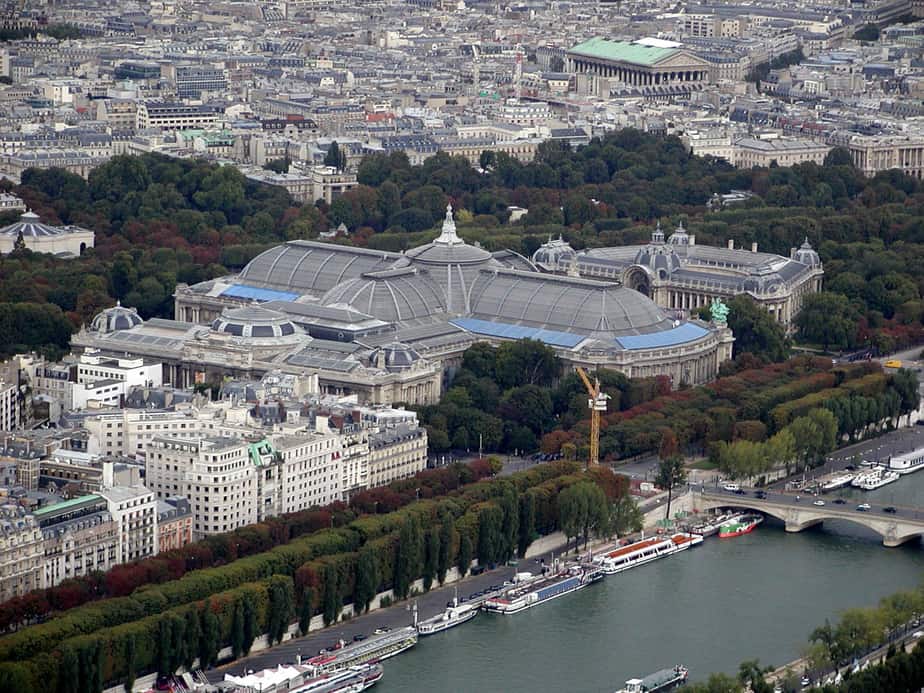 At the center of Paris, at the 3rd avenue du Général-Eisenhower, Champs-Élysées, and constructed in the wake of the 20th century, is a magnificent building. The Grand Palais des Champs-Élysées is one of the most spectacular buildings not only in France but across the world. Also known as the Great Palace, in English, the building was used as the French Resistance Headquarters and was however destroyed during the war to liberate Paris.

Even though the palace has gone through some wear and tear from the building period and over the years, during its use, it is still one of the most spectacular buildings in the world. Here are some facts about Grand Palais that will fascinate you.

1. It was built in three years 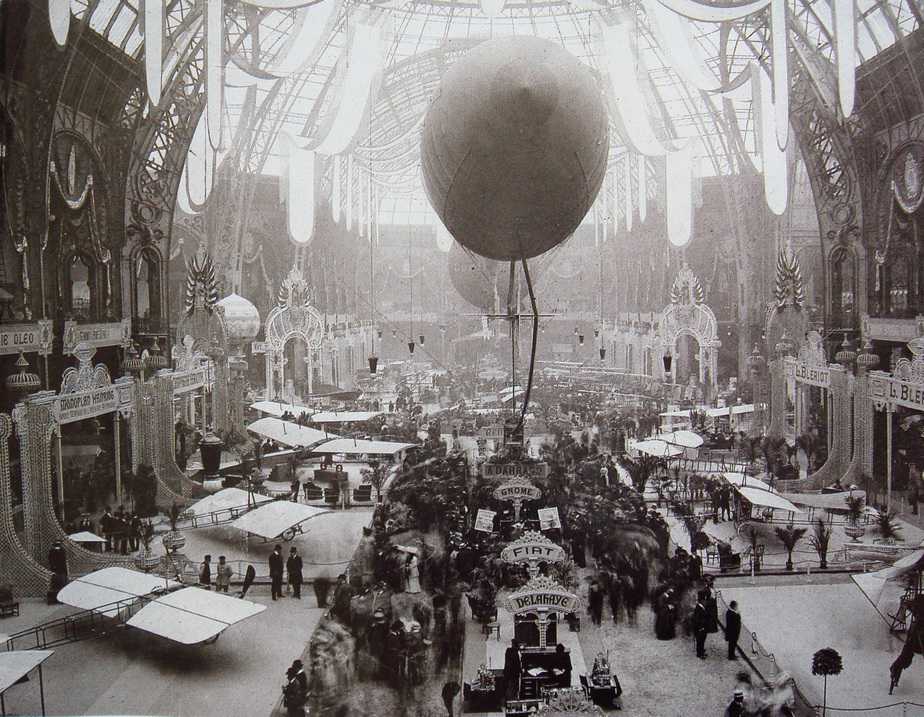 Palais de l’Industrie, the building at the site where the Grand Palais was built stands was brought down and a new building needed to be built. The Palais de l’Industrie stood next to where the burial site for Napoleon is, and the town officials did not like it, since it was not attractive, they, therefore, approved of the idea that the old building be demolished and the new one built! Four architects were commissioned to build the Grand Palais and completed in 1900- Charles Girault led the team designing the Petit Palais, the Grand Palais team was made up of Henri Deglane who constructed the main part, Albert Thomas- the rear part of the structure, and Albert Louvet who did the Central part of the Palace. From 1897 to 1900, the over 8,500 metric tonnes, the building was constructed in the Beaux-Arts architecture style. The Grand Palais was built to celebrate an event Universal Exposition 1900, which was a culmination of the achievements of the 19th century. That is how the Grand Palais was designed and built, in under three years. 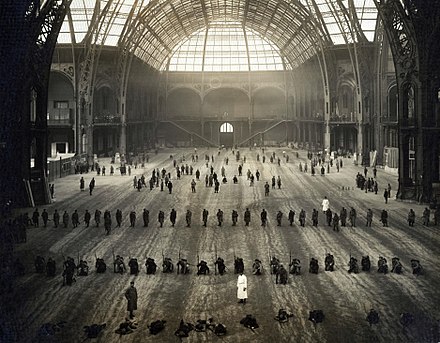 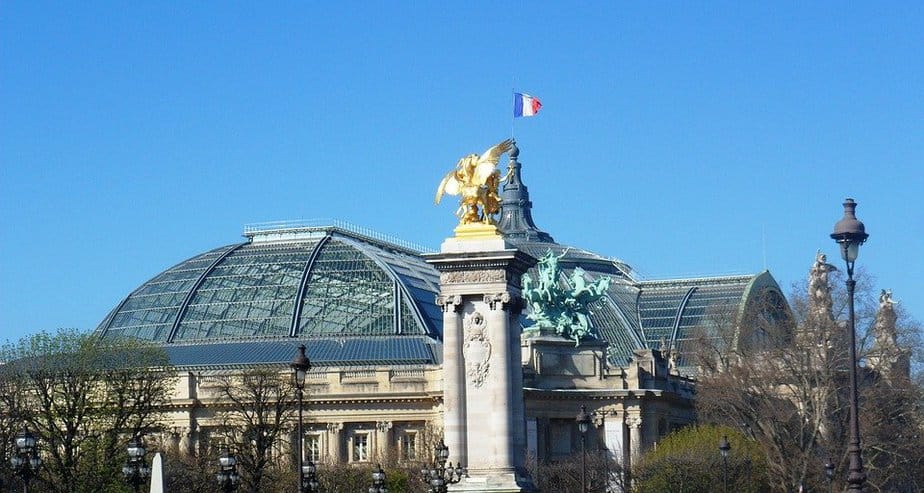 The massive and grandiose Grand Palais is currently the biggest ironwork and glass structure in the world. The Classical design gives it such an intricate feel, and during its construction, it was dedicated to ‘the Glory of French Art’ and that may explain why a lot of exhibitions take place there. The Nave in the Grand Palais is a 150 feet high, has 650 feet wide glass roof, which is the largest glass roof structure in Europe. The Nave also has one of the most spectacular staircases, constructed in the Art Nouveau style design. The Grand Palais had to be closed down when a part of the glass ceiling panels broke and fell, and the restoration had to begin. The restoration was done in phases, with the second being completed in 2007; and cost millions of euros to complete.

4. Chanel holds many of its fashion shows here and is an art museum 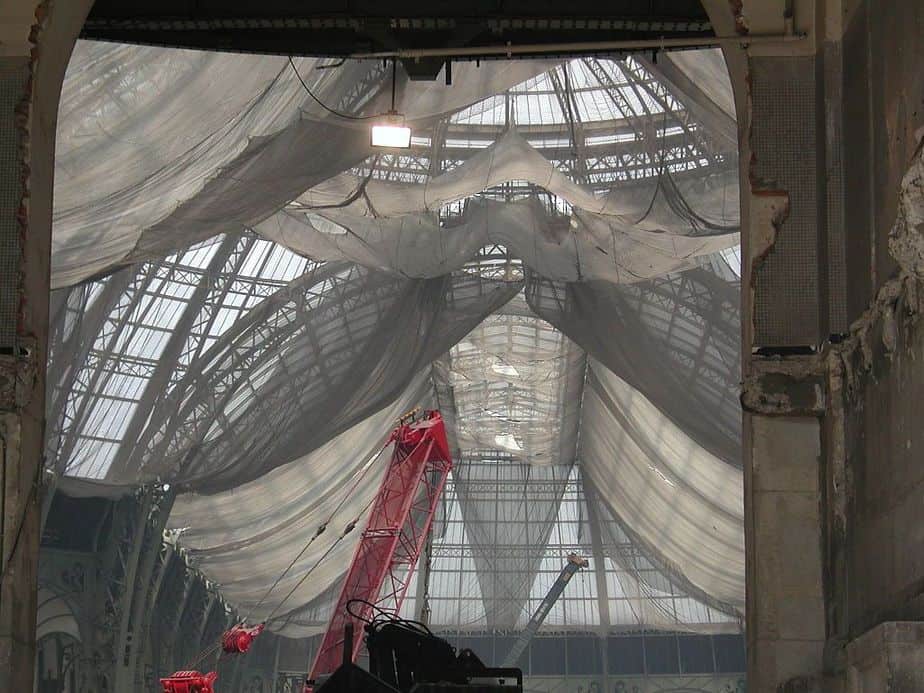 The Grand Palais hosts over 40 events every year, attracting over 4 million visitors annually. The famous luxurious brand Chanel holds most of its events and fashion shows in this venue! Also, if you need to check out collections of art and antiques, you will get anything up until the 1920s! The Grand Palais was also built alongside two other monumental buildings- the Little Palace (the Petit Palais), and Pont Alexandre III. The Grand Palais was constructed to host an event- the World Fair and was originally not meant to be a permanent structure, but over a century later, it stands tall and is still very much in use. There is also a fully functional police station on the ground floor of the Great Palace, which the police use to protect the exhibitions and the exhibit salons. The Tour de France used the venue as the final stage in 2007, as well, as the French using it as a promotional site for the bid of the 2024 Summer Olympics bid.

5. Has an amazing design 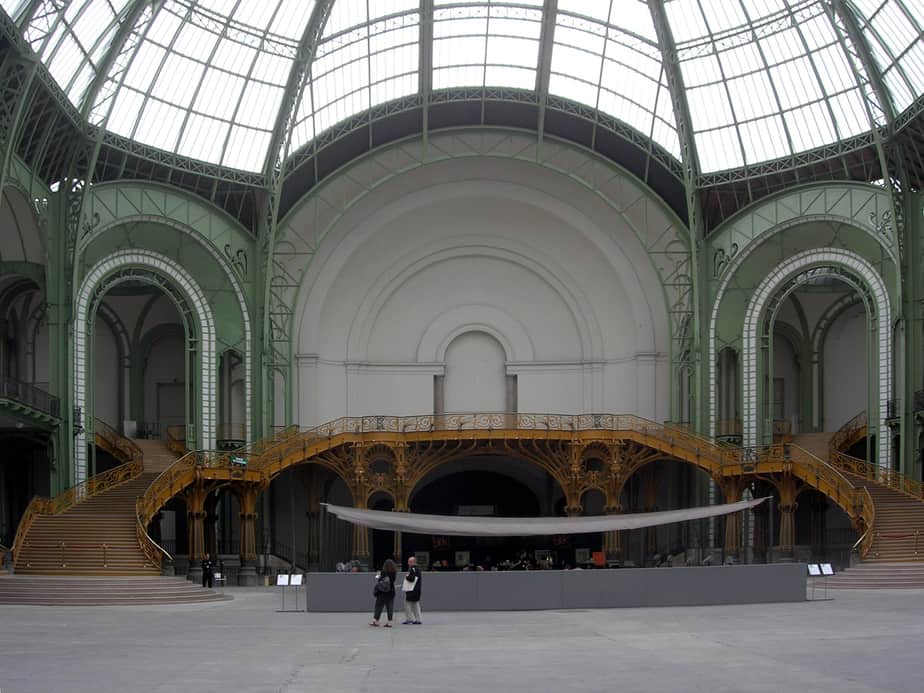 The Grand Palais has one of the most intricate designs in the world. The 775,000 square feet Grand Palais, was built as a way for France to showcase its art and culture. What the aim was, was for the country to show the world what it has in terms of technology, arts, and industry, and so they wanted something grandiose after showcasing the Eifel Tower a few years back. The perfect launch would be during the World Fairs, therefore the city called for a competition on who had the best design and amazing ideas. In 1894, the quest for the most elaborate and spectacular designs was called, twenty were chosen in the final round, and two years later in 1896, there was a competition for the design and building of the Grand Palais as well as the Petit Palais. More than 200 designers sent in their entries, and the four winners, were chosen soon after!

The building has three areas- the Palais de la Découverte- which houses the science museum; the Galeries Nationales- which is the place where most exhibitions from fencing competitions, to fashion shows, to concerts, and the Nave- made of iron and steel, glass vaults, complete with stone walls, mosaic and limestone floors and steps. The building hosts many exhibitions every year, and its Classical Design is made of intricate metalwork, stone columns, and friezes. The Grand Palais also has a restaurant Mini-Palais, which is located between the grand colonnades and the terrace. The terrace has amazing views. If you are a journalist, from anywhere in the world, then the Grand Palais has a place for you; the Centre d’Accueil de la Presse Étrangère hosts press conferences and media events.