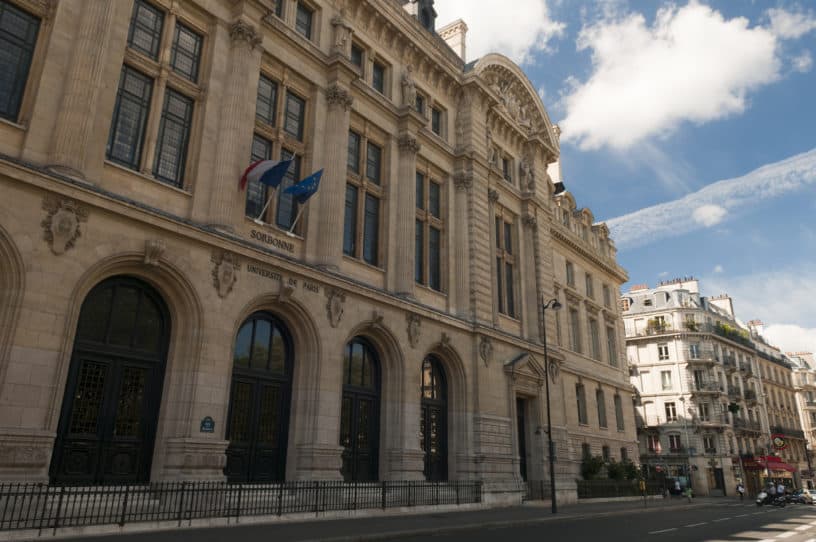 If you have always dreamed of experiencing the parisian lifestyle, studying in the city is a good option. Imagine waking up every morning in the unique atmosphere of the city.

After an early morning coffee on a terrace, you take the subway to go to class. Then you meet your friends at the end of the day in one of Paris’ secret bars, or you go for a walk on the banks of the Seine river.

Paris is the first student city in France.  Whatever the discipline you wish to study, you will find in Paris’ Universities a wide range of courses and traineeships. Here is my top 5 Universities in Paris. 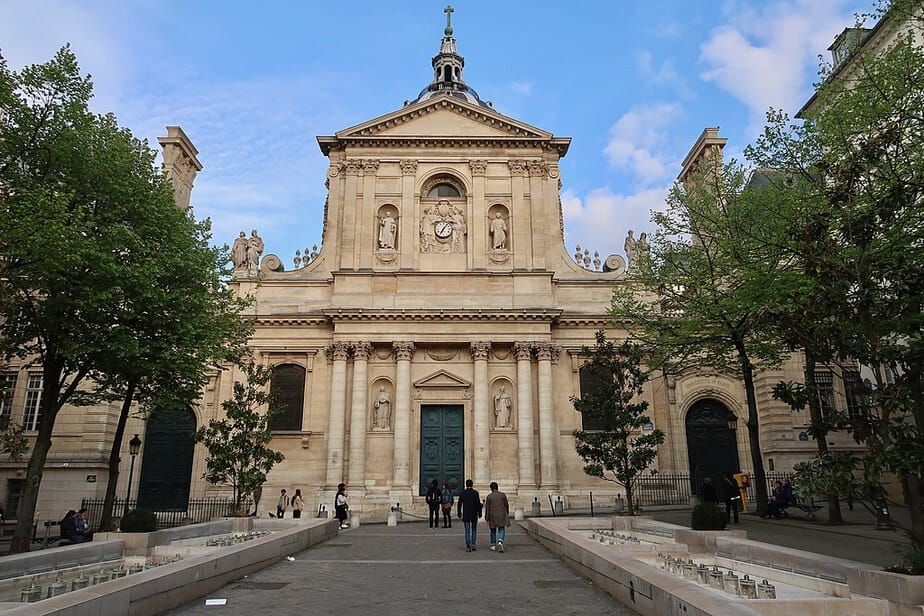 La Sorbonne was created by Robert de Sorbon, a French theologian of the 13th century. When he was young, he experienced difficult studies due to lack of resources. In 1253, he created the Sorbonne to allow theology students to study without having to deal with material and financial difficulties.

His institution was quickly recognized in all Europe, and even Pope Alexander IV approved it.  Later in 1271, Robert de Sorbon developed another college for the humanities and philosophy fields.

The library of the Collège de Sorbonne was founded around 1260 in Paris by Robert de Sorbon with the support of the king. It contained one of the most important collections of books known in the Middle Ages, with more than 1000 volumes. It has played an important role in the processes of knowledge dissemination. 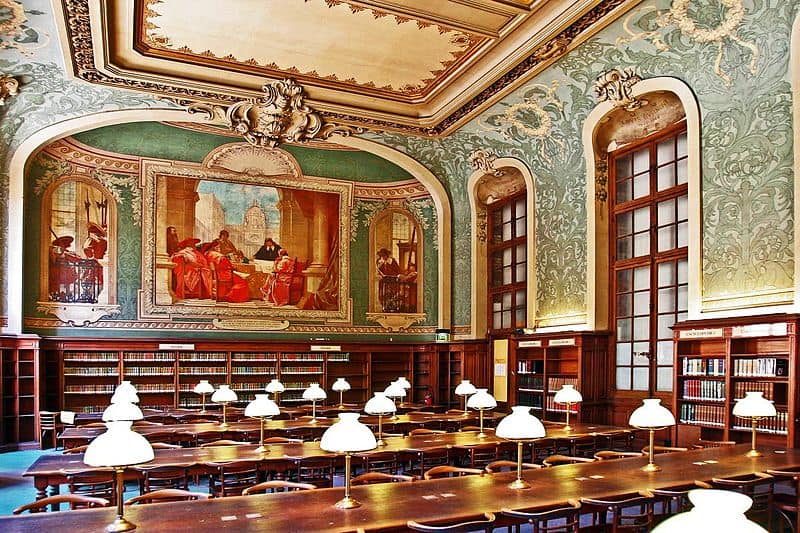 Sorbonne researchers and teachers are at the origin of major scientific developments in many fields: history, literature, and the development of the sciences of language and science with the first research in nuclear physics.

The Sorbonne’s premises are very beautiful. Its architecture brings together the inspirations of different periods. You can see marble decorations, a majestic Great Staircase and amphitheatre decorated with statues and frescoes.

The Sorbonne made its way across the centuries and went through all the major events in the history of France. At its creation, the Sorbonne took an active part in the philosophical and political debates of the time. The university was closed during the revolution in 1791, then became an artists’ studio in 1801, before reopening under the Restoration (Louis 18).  The university lost many of its students and teachers in the two World Wars. It was a rallying point during the protest in May 1968. After this event, the University was reorganized into multiple autonomous Universities:

Its age, the quality of its teaching and its research section lead to the influence it has today. The fame and international prestige of the Sorbonne is also due to several Nobel Prize winners including Pierre and Marie Curie. 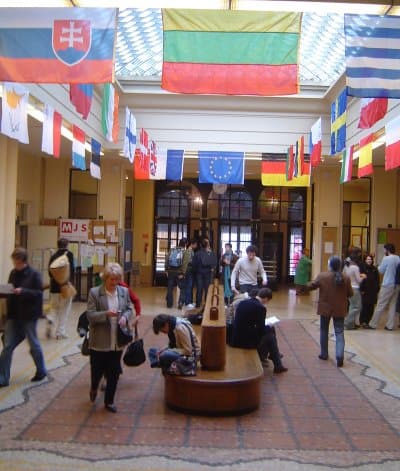 Sciences Po is a private institution founded in 1872 by Émile Boutmy, a writer and political scientist. He created this institution following the political and moral crisis in France after the defeat of the 1870 war. This same war was a source of inspiration of famous painter  Edouard Detaille.

Through Sciences Po, he wanted to produce modern knowledge for a new France. The founder wanted his students to be interested in contemporary issues and no longer content with a classical culture disconnected from the present.

The University offers classes in public affairs, international affairs, law, journalism, and urban planning. IEP graduates work in a variety of fields: consulting, marketing and communication, finance, accounting and administrative management, international relations and security. The classes go from the bachelor to the doctorate. It also includes a master’s degree in one year for professionals. Sciences Po also offers preparation classes for prestigious French contests. 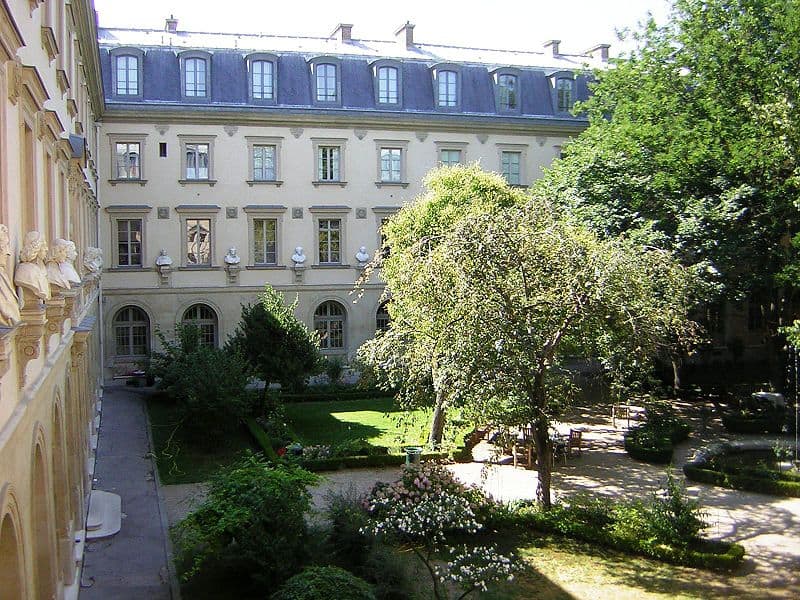 ENS Paris is a public higher education institution. It is the most selective Grande Ecole in France. Recruitment is based on a competitive examination. ENS is carried out by the Ministry of Higher Education and Research.

The original mission of ENS is to train teachers for the different levels of the french public school system. The school also train students to enter in the French and European administrations and into big companies.

The building is located in rue d’Ulm, in the 5th district of Paris. Walking to the end of the street, you reach the majestic Pantheon. 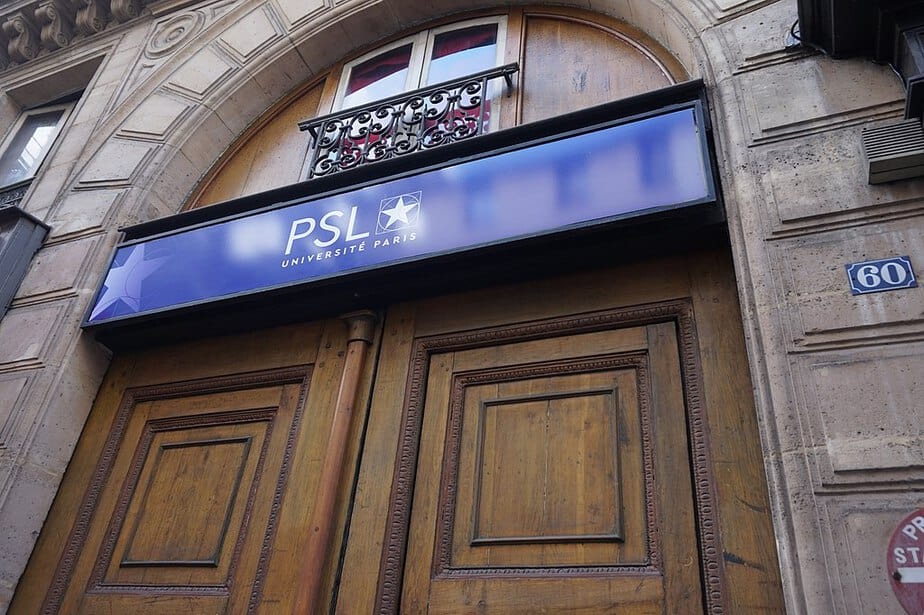 Paris Sciences & Lettres is comparable to the world’s leading universities. It is located in the heart of Paris, in a street that is parallel to the Church of Saint-Germain des prés.  The PSL University combines excellence and diversity.  It bring together all fields of knowledge and creativity in the arts, engineering, sciences, humanities and social sciences.

It is closely linked to the business world and contributes to innovation and economic growth. 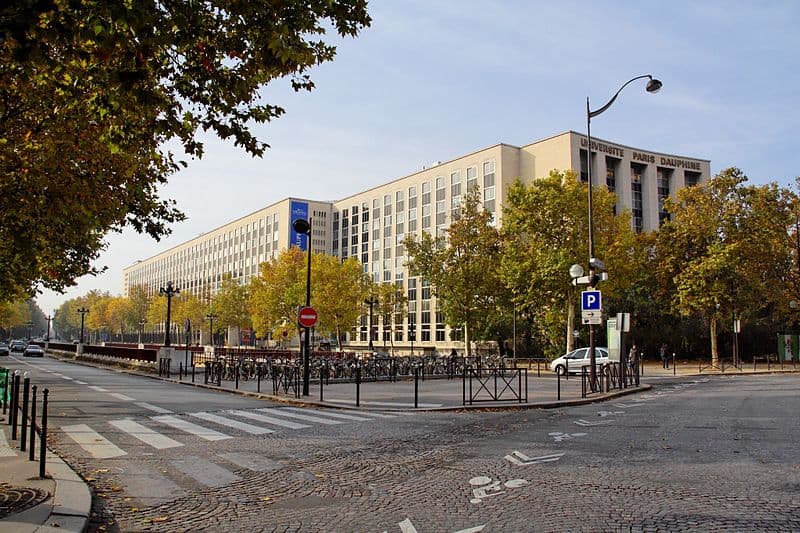 Paris-Dauphine University is a public institution specialised in Organisational Science. It has classes specialized in economics, any form of management , law, social sciences, mathematics, finance.

The teaching is of high quality and the students of Dauphine are highly appreciated by employers.

It is located in the 16th district of Paris in the former premises of the NATO General Secretariat.

The Dauphine library, located on the 6th floor of the historic building, offers a panoramic view of both the Bois de Boulogne and the La Defense business district. 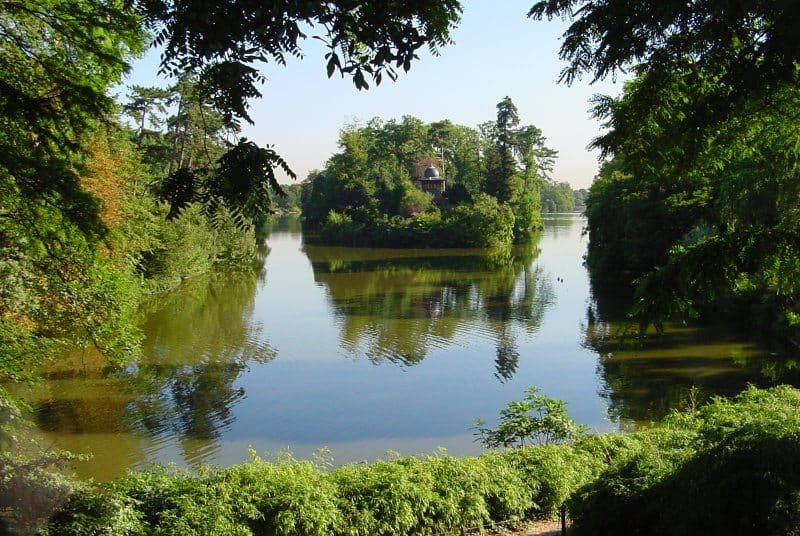 You now know everything about Paris top 5 Universities ! Of course, you have plenty of other great schools and universities in Paris. If you have the opportunity to experience Paris student life, do not hesitate. It is magical and you will never get bored.

I hope you’ve enjoyed reading this article. Don’t hesitate to contact us if you need further information about Paris !