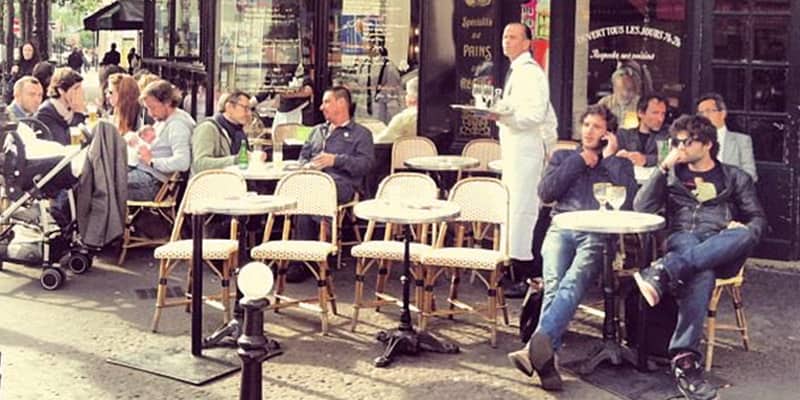 France and the USA are two very beautiful countries but you cannot deny that they are two very different cultures. So obviously, when Americans come to Paris, they are often very surprised to see certain things that you cannot see in the USA. And actually, most Americans only know about the cliches of Paris (which is normal) but know very few things about the French ways and habits and that’s why they are so surprised when they come to Paris. So just I want you to know a little more about all this here is my top 5 things that will surprise most Americans in Paris.

First thing in my top 5 things that will surprise most Americans is the Parisian smoking habits. So yes, it is not a cliche, Parisians smoke a lot.

Actually, smoking in France is not really seen as a bad thing, and is generally very easily accepted, even at a young age, I even wonder sometimes if the Parisians are fully aware of the danger it is for their health.

So anyway, whether it is in a cafe, or outside in the streets, you’ll see many Parisians smoking. There is actually even a nice piece of advice that Parisians give to tourists looking for a nice local restaurant. If you see many cigarette butts on the floor, then it surely is good restaurant because many locals go to it as shown with the presence of cigarettes.

Second in my Top 5 things that will surprise most Americans here in Paris: the bill in restaurants. You may have noticed that the waiter does not come immediately after you have finished your plate, and actually does not come at all of you do not call for him.

I know it is quite different in the USA, but here in France waiters always wait for you to call them, just because they do not want to bother your privacy, I guess. If you are to call the waiter yourself: do so by just raising your hand up in the air and making eye contact with the waiter, or calling for him with a « Madame/Monsieur l’addition s’il vous plait ».

Third in my Top 5 things that will surprise most Americans here in Paris: the closed stores. Well the thing is that France has a different vision of business than the US.

Some people think that the French are lazy, I think that we just don’t see things the same way Americans do: I guess it has something to do with the French wanting to take the time to live and enjoy their free time. In the US, most stores open until late and everyday, and well that came a bit as a surprise to me when I was in the US. Here in France, Most of the stores open everyday, except on Sundays, and tend to close around 7.30 ou 8 o’clock in the afternoon.

Moreover, most of you guys will be a bit surprised to see that sometimes some stores (the small, independent ones) even close during midday to take the time to lunch: this is very rare in Paris, but it does happen from time to time. That’s another thing that is very specific to France, and it also is what makes the French lifestyle so charming.

Forth in my top 5 things that will surprise most Americans here, and that is something I know from all the conversations I have had with the American tourists: Parisians are actually really nice people. Of course you must have heard about this terrible cliche about Parisians being really cold and rude. Well some cliches are true, others are false, and this one definitely is.

Actually, if you wander in the streets of Paris you will notice that if you ask anything to any Parisian here, he will gladly help, and in English if you please! Indeed, if the person in question knows English then she will definitely help you find your way, while smiling and joking with you. So don’t hesitate, don’t be afraid, Parisians don’t bite, and are actually quite ready to help if they see that you are lost.

Last but not least in my top 5 things that will surprise most Americans here the street signs and the traffic lights. Well, when I was myself in the US, understanding how the street signs work took me a long time, just because I was not used to it.

But actually, I have to admit that the US street signs are easier to understand than ours. For two reasons. First, The Parisian street signs are on each corner of the walls so you have to bend to see them. Second, it can be a bit troublesome for people not really understanding French to see a lot of things written rather than just the name of the street.

Because actually, Parisian street signs are also supposed to tell you about the history of the street. So when you read a street sign, focus only on the big writing of the sign and not on the smallest one. So this was my top 5 things that will surprise most Americans here in Paris. Obviously, there are a lot more things which could come as a surprise, but these are the main differences between the American lifestyle and the Parisian lifestyle.

Mouna is a born and raised Parisian, studying political sciences at Sciences Po Paris. She lives in the 13th district, where she gets to see the multicultural and cultural side of Paris. She loves theater and wandering in the cosy streets of Paris. She also loves enjoying a nice drink with her friends. 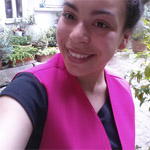 Mouna is a born and raised Parisian, studying political sciences at Sciences Po Paris. She lives in the 13th district, where she gets to see the multicultural and cultural side of Paris. She loves theater and wandering in the cosy streets of Paris. She also loves enjoying a nice drink with her friends.