Top 5 Streets to see in Prague 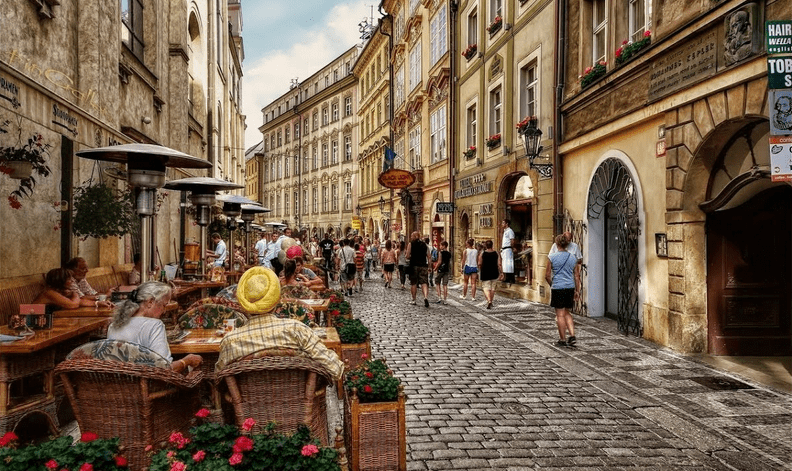 Top 5 Streets to See in Prague

If there is one thing that will always charm me about Prague, its the beautiful cobble stone streets. Prague will always remain one of my top 5 holiday destinations.

When visiting Prague, I would advise that you stay away from all the popular ‘tourist spots’, and wander around areas that are more popular with the locals. I have put together some of my favourite places and streets in order of most to least popular. But I must say  that they are all worth visiting. 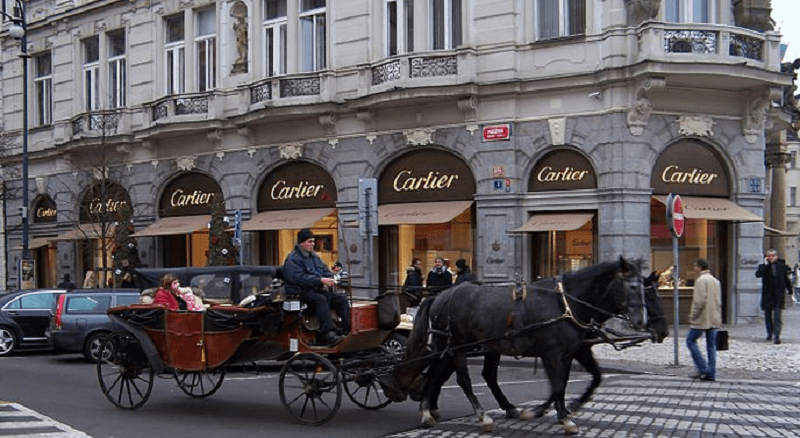 One of Prague’s most luxurious streets, it is considered to be the playground of the elite. Stretching from Old Town Square to the Čechův Bridge, the street’s popularity stems from the fact that it is located in the heart of Prague where there’s a lot of lavish restaurants and luxury shops – selling fashionable clothes, cosmetics, and jewellery. It is also surrounded by Art Nouveau buildings that were built in the first decade of the 20th century, lined with beautiful trees. Walking along the street gives you an opportunity to enjoy nature, and live the life of luxurt amidst Prague’s best finds.

At the end of the Pařížská Street, there are river cruises throughout Prague. 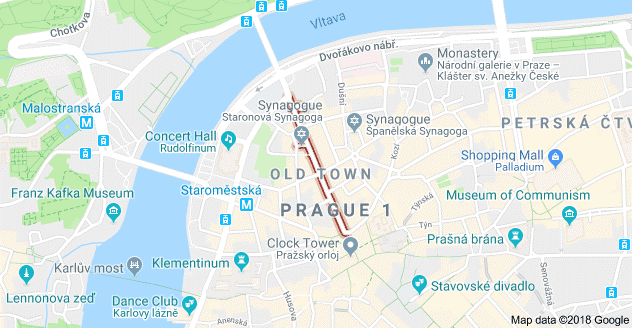 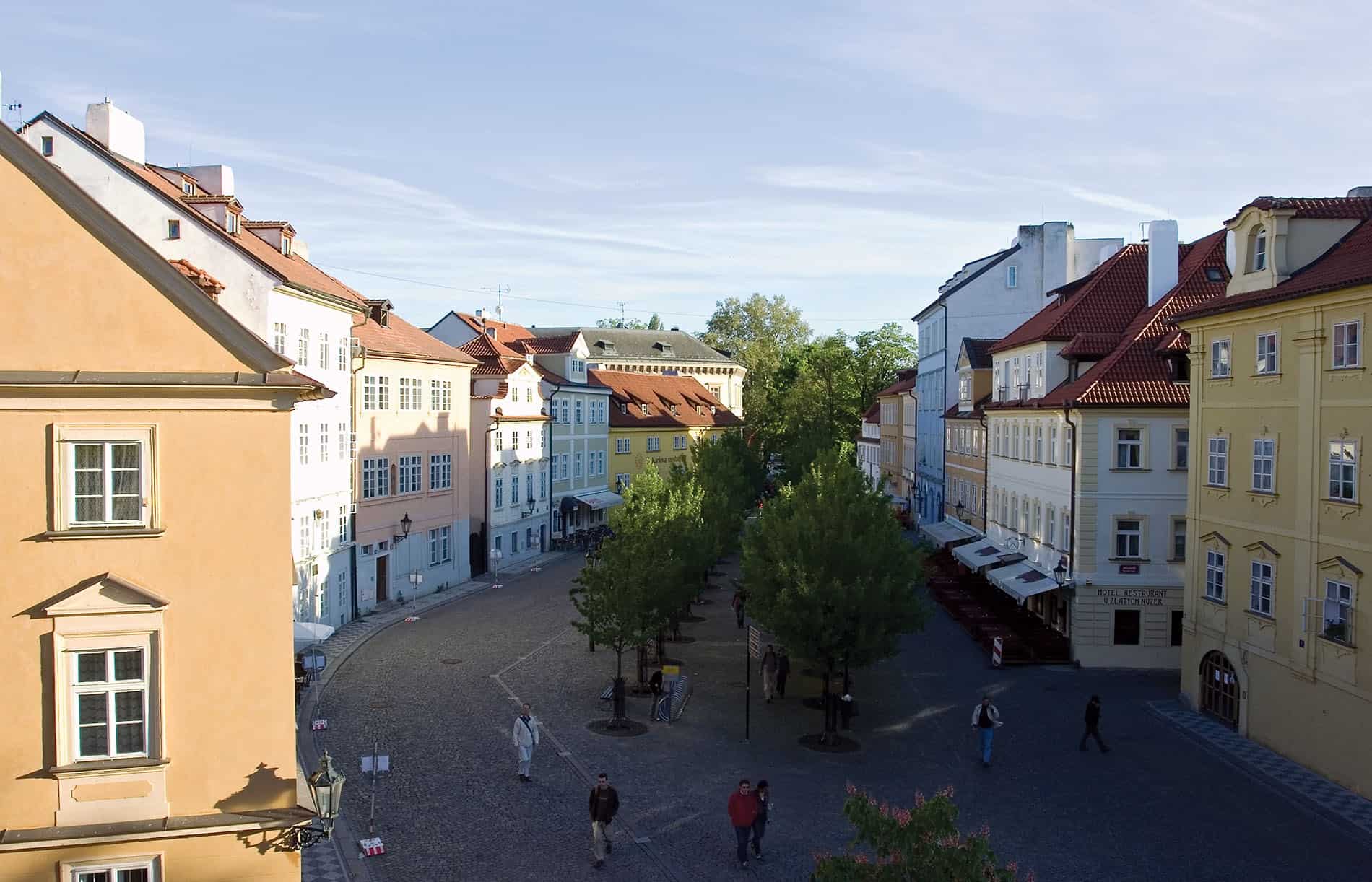 Na Kampě is another popular street in Prague. Located right under the Charles Bridge on the Kampa Island, this charming street is flanked by historical buildings and huge trees. A lot of Prague’s concerts and open air exhibitions take place on this street, including various Christmas concerts.

If you decide to explore the Kampa Island, my best advice would be to take a river cruise. Options include, but are not limited to, a simple river cruise, the Devil’s Stream Cruise, or hopping into the solar boat Elektronemo, landing back at Charles Bridge. 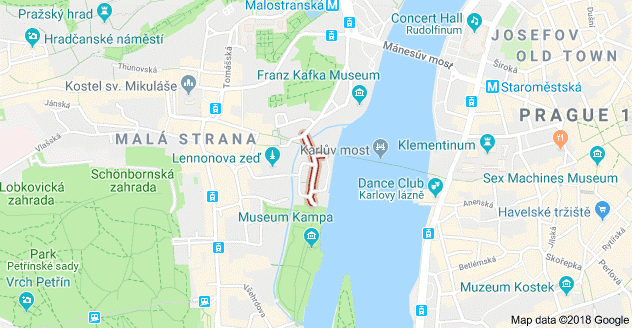 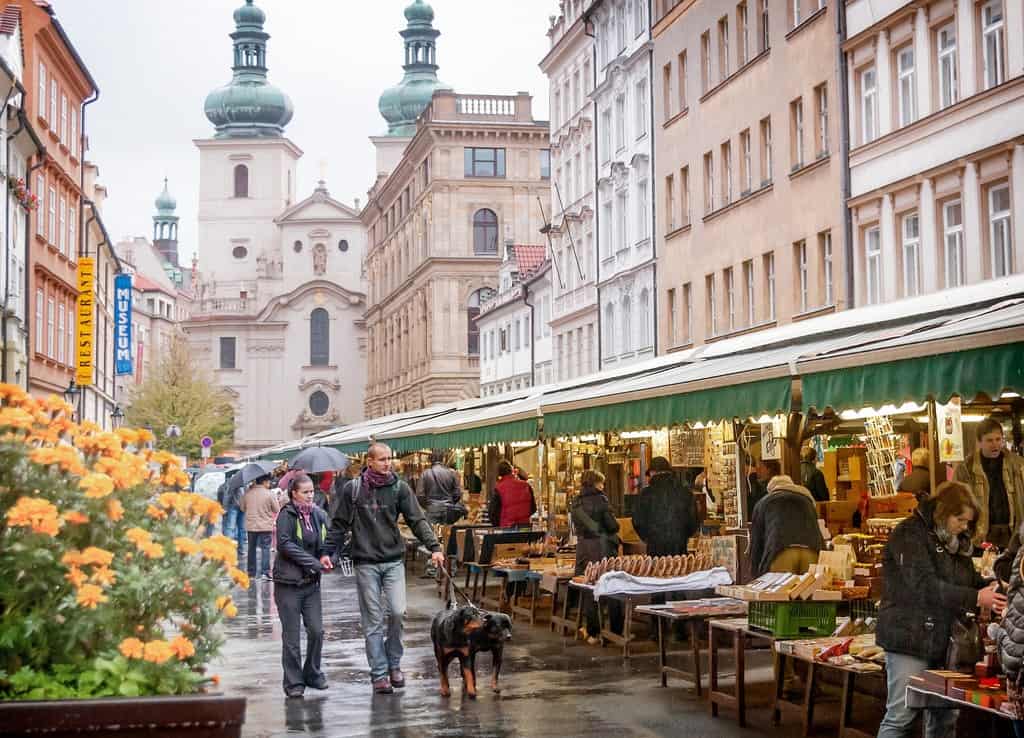 Havelská Street is one of the oldest streets in Prague, dating back to the 13th century. It has an outdoor market that sells fruits, vegetables, and traditional snacks during the week. During the weekends it is converted into a souvenir market.

Most buildings along this street are reconstructions with the streets stretching about two and a half blocks in length. Thankfully some medieval buildings have been preserved. 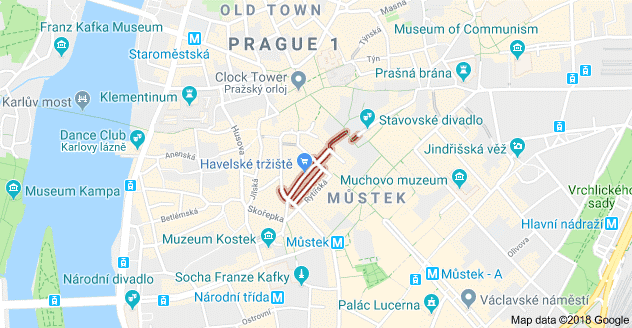 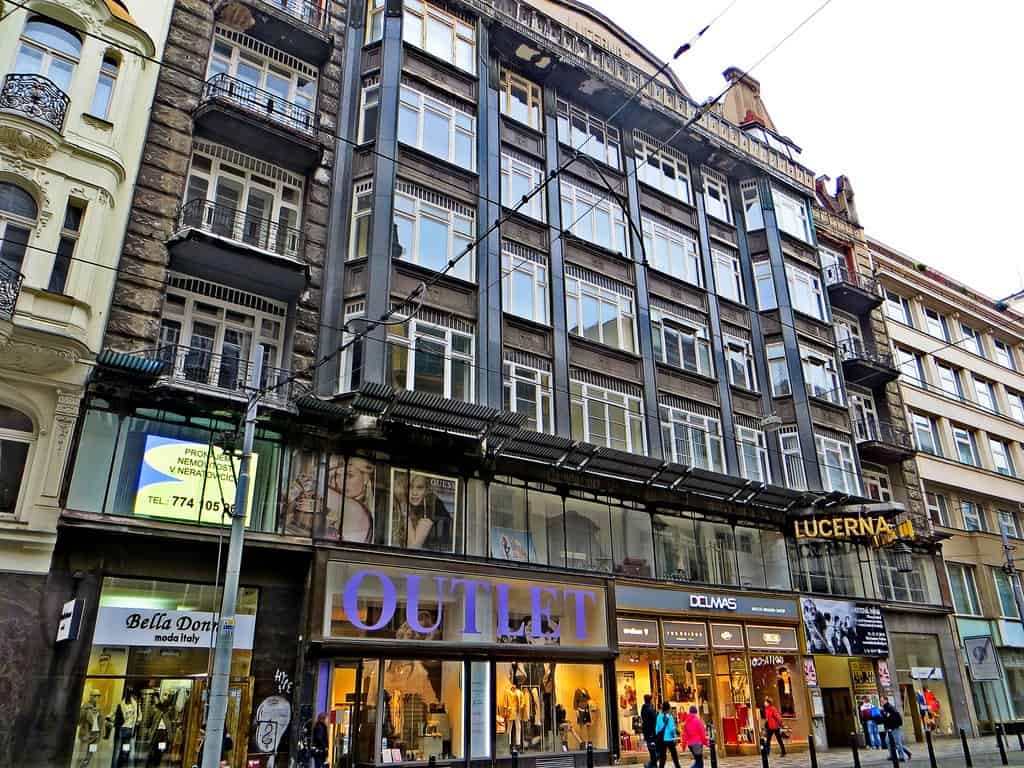 The Vodičkova Street connects Prague´s two largest squares, the Charles Square and the Wenceslas Square.  It is one of the busiest streets in the city. Named after a wealthy butcher – Jan Vodička who owned a large house there, this street was at one point a major business route.

There are also a lot of great shops, bars and restaurants along this stretch, and conveniently at Wenceslas Square is the metro station – Můstek.

You can join our Night Tour in Prague, when the crowds are gone. More info here. 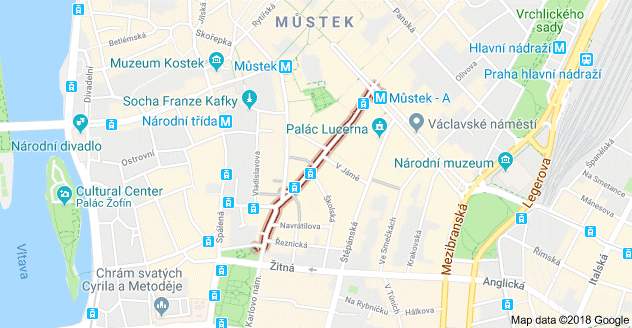 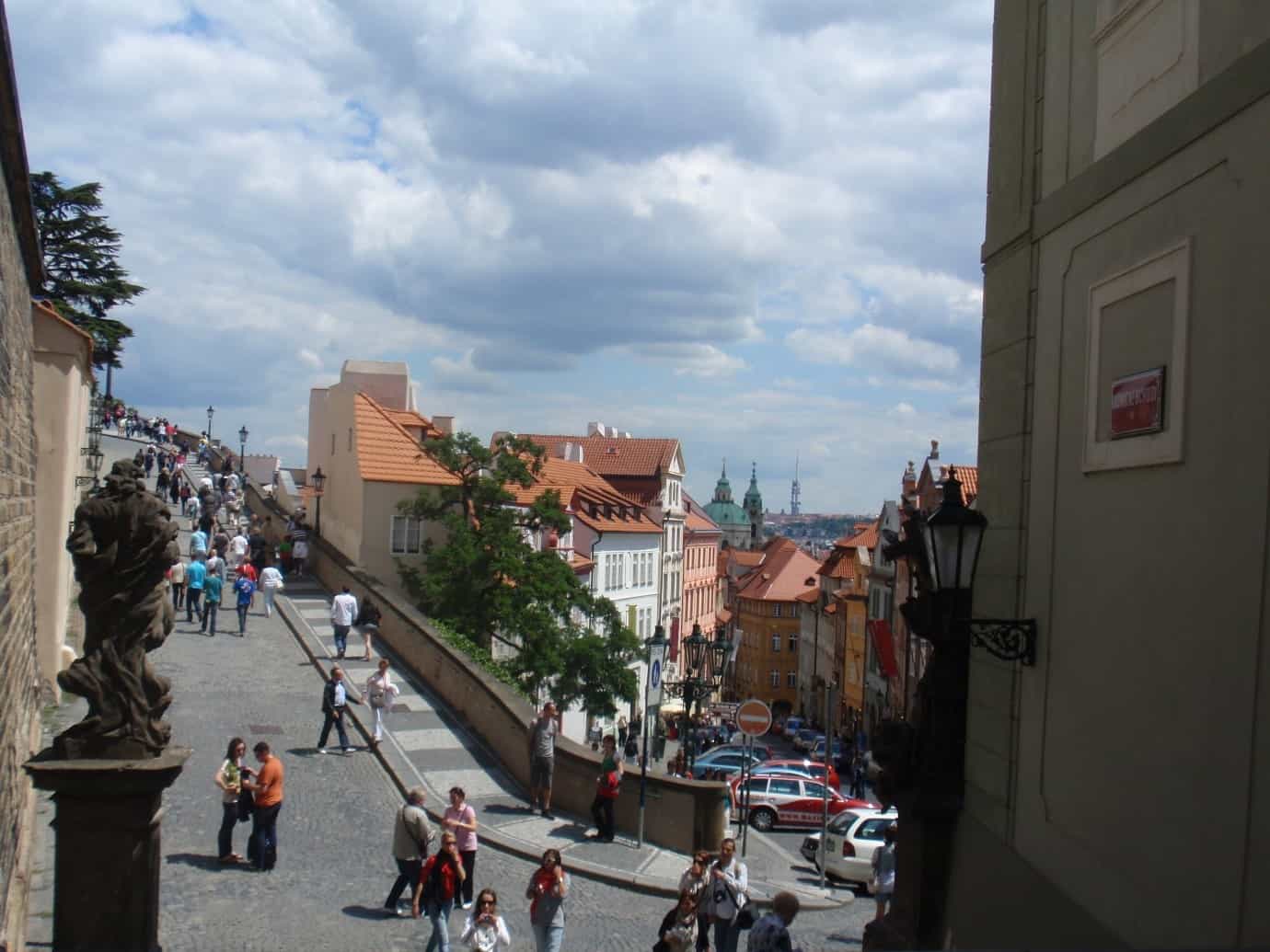 The picturesque Nerudov street leads to the Prague Castle, offering stunning views along the way. Thus making it one of the best streets in Prague to explore on foot. 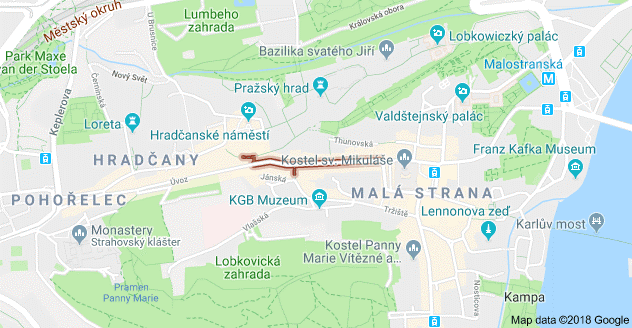 Other Streets in Prague

I hope you enjoy my ‘Top 5 Prague Streets’, and that when you visit you can decide for yourself which one you like the best!

This street is hidden from a lot of the popular tourist areas, discovering it will make you feel very lucky indeed. The street was built for workers of the Prague Castle, and has been destroyed by fire twice during its existence. When it was rebuilt, the people living there gave their houses interesting names to be able to identify them. For example: the White Lion, House at the Golden Sun, and House at the Golden Ram. These houses have low doorways and arched ceilings, perfect Prague charm!

This is another one of the old Prague streets. Initially, it was referred to as St. Jacob Street, stemming from the Church of St. Jacob. It is a short street featuring a number of traditional buildings, gorgeous light fixtures, and offers a glimpse of what you can expect to see in Prague.

> Check our walking tour of the Old Town

This is the street to take if you decide to walk from the Charles Bridge to Rudolfinum, unless you opt to use the Aleš Embankment near the river. Its name comes from the Order of Knights of the Cross with the Red Star who lived next to the Charles Bridge. It is a busy street, used by trams, cars and pedestrians.

The Černínská Street joins the New World Street with Loretánské Square. It is small and narrow, and leads to the Prague Castle, the Černínský Palace and to the Ministry of Foreign Affairs.

This is one of the best places to view the Prague Castle, and the House of Commons – Czech Parliament. In the Romanesque period, the street was a typical Lesser Quarter street and the site of a market place below Prague Castle.

This street once housed one of the oldest settlements in Prague. It connects Karmelitská street with Kinsky Square. In the past, the street used to be part of the old road that led from the Lesser Quarter to South Bohemia, and Germany. Today, the street is an important traffic junction where you can also take the funicular up to the Petřín Hill.

From Jelení Street, you can access the popular Prague Castle complex.

There you go! My most favourite streets in Prague. If you want to see almost all these streets during your visit to Prague, I would advise that you start at the Czech National Museum, walk down the Wenceslas Square, turn northwest to the Old Town Square, then north east to Josefov, and down along the river to Charles Bridge. From here, walk across and up through the Hradčany to the Prague Castle.

Remember, to really enjoy all of these areas, and get the best photos, you need to wake up early!

>> Discover Prague with a native guide on our website