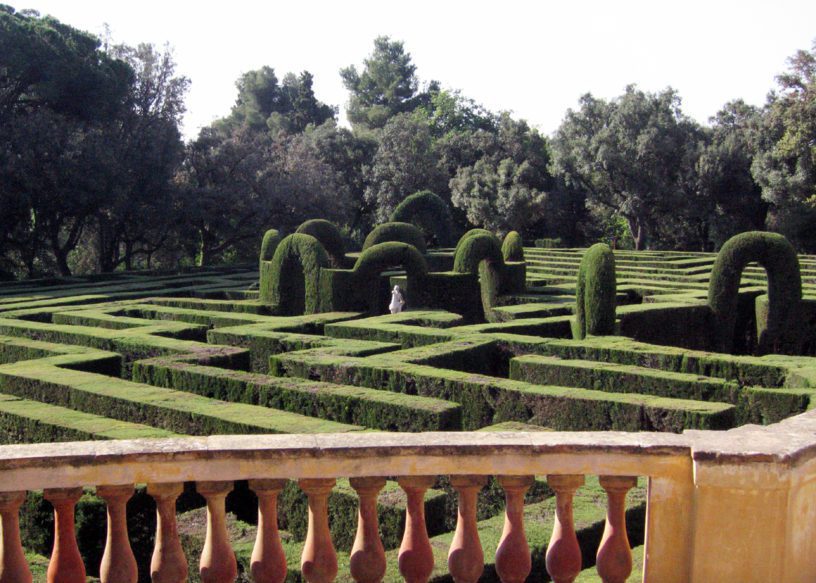 Photo by Till F. Teenck, sourced from Wikimedia Commons

Summer in Barcelona lasts longer than many other European destinations, as it is closer to the equator that the countries further north.

For this reason, everyone is making the most of the outdoors, replacing the inside of their apartments with views of trees and grass. We don’t like walls, here, and we definitely hate being confined into rooms, big or small. We are open air people, free as birds, and we prefer that nothing changes this.

So, let’s imagine you are a newcomer who wants to know how to enjoy this beautiful city’s weather. You ask and everyone replies: “The beach!”

Don’t misconstrue me. Going to the beach is an option, of course. This is the Mediterranean, after all. Sangria. Cerveza. Playa.

But what if we want to go out somewhere else? What if we are tired of the white sands and the salty water? After some weeks or months visiting the city, we want new experiences, or at least a break from the old ones.

The answer is a short but explosive word: parks.

Barcelona is full of nice, big, interesting and even artistic parks suitable for all kinds of personalities. We could say that Barcelona is a park city rather than anything else.
Let’s talk about some of them. 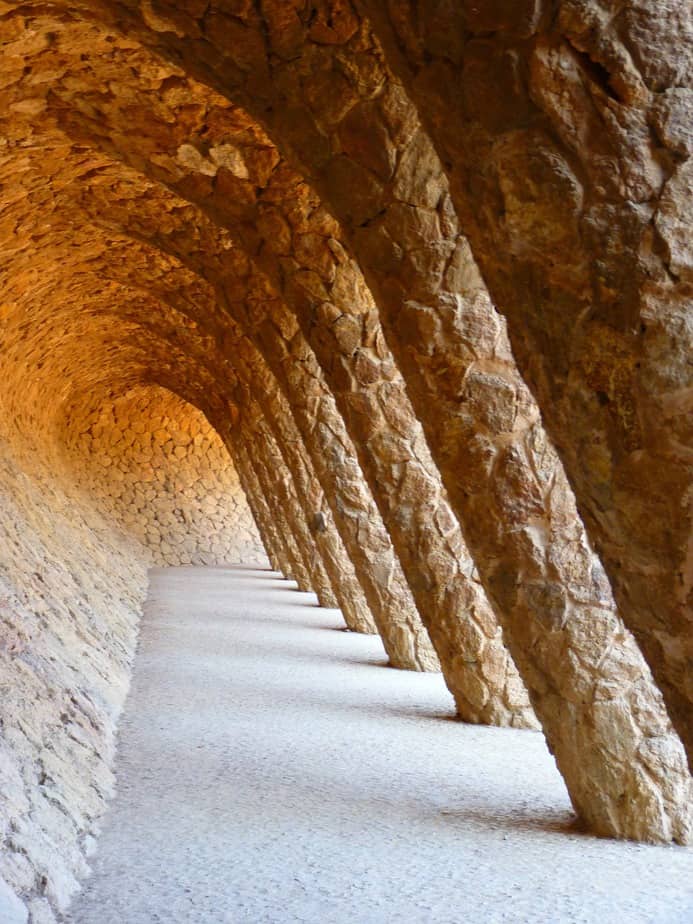 This is probably the most famous park in the city. It has appeared in movies and probably millions of photos. It was built between 1900 and 1914 by Antonio Gaudí and it has inspired thousands of artists. Its symbol is that multicolor porcelain dragon that can find in all the city’s gift shops. Although parks are usually free public places, park Guell is an exception to the rule. This means that you will have to pay in order to visit it. 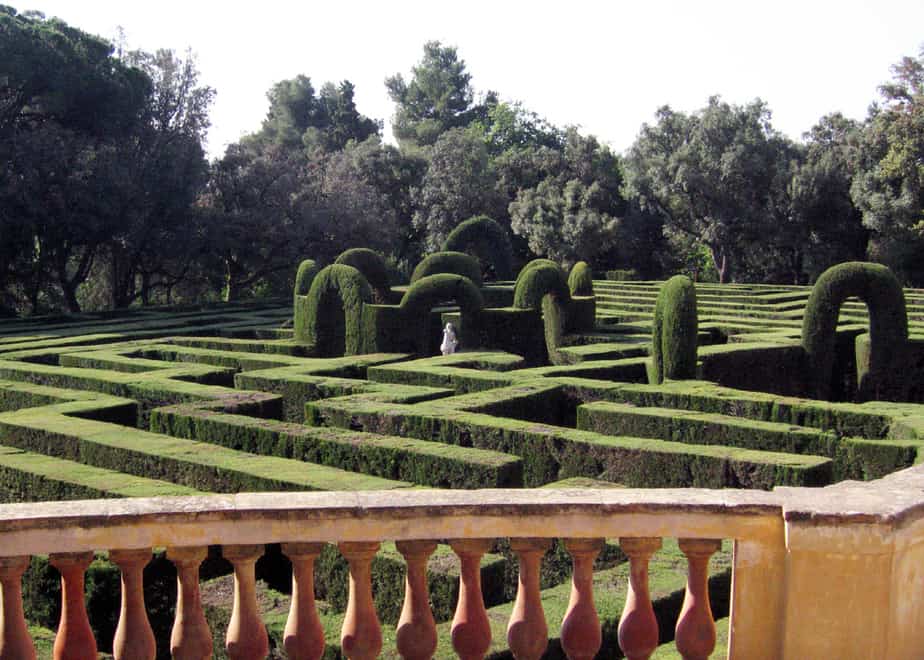 Photo by Till F. Teenck, sourced from Wikimedia Commons

This is one of the most beautiful parks that I have ever visited and probably the most beautiful one in Barcelona! It is full of plants from all around the world and has a quite attractive tree maze where both kids and grown ups can spend a good deal of time finding the way out.

Additionally, the park is full of “treasures” such as hidden sculptures and romantic towers and fountains. You have kids? There is a nice playground. Are you hungry? Its café offers sandwiches for a reasonable price.

The park is set on the mountain and a it is a perfect place for bikers and families looking for a nice open air site.

This park is one of the most emblematic areas of the city and a most important cultural meeting point. The 1929’s World Exhibition, Museu Miró, Caixa Forum Cultural Center, Bauhaus’ referent Mies van de Rohe’s Pavillion and MNAC Museum are there for you to enjoy them.

You don’t feel like museums? Just go to the top of the hill, and you will enjoy one of Barcelona’s most spectacular views. 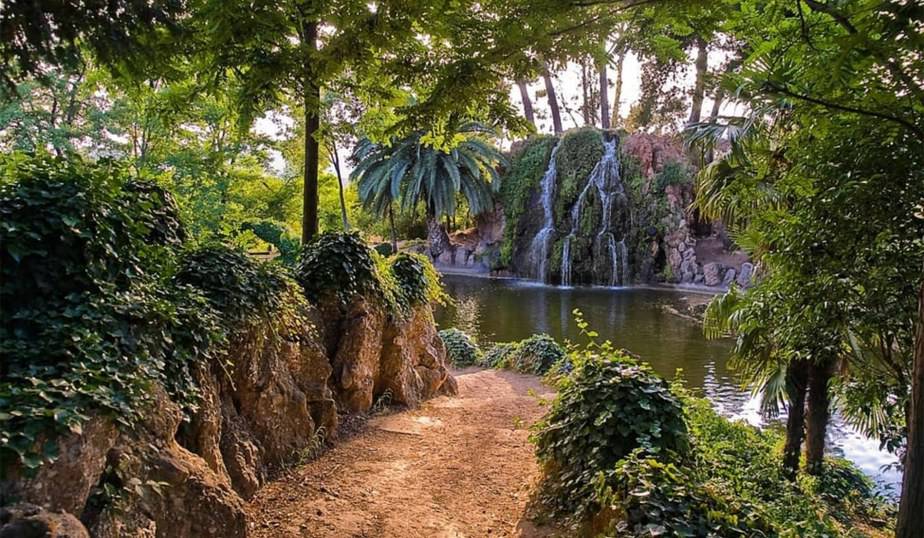 This huge park was the house of the Marquees of Monistrol until the beginning of the Civil War, in the 1930’s. It has a lake and a bunch of cascades and hidden paths and caves as all the 19th Century parks.

It also has rose gardens and huge amount of animals such as ducks, geese, rabbits, turkeys, parrots and turtles and is set over the geographical limits of three suburban areas: Sant Feliu de Llobregat, Sant Joan Despí and Sat Just Desvern. 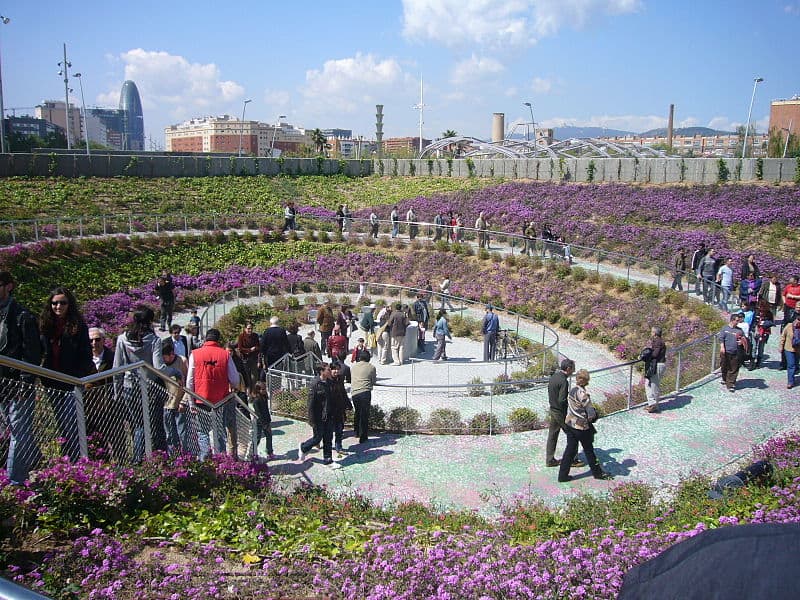 Do you like geometry? What about circles? Spirals? If you do, this is going to be your favourite place in the world, because everything is circular there. I mean sculptures, and gardening and paths. And monuments. And those shiny silvery spheres hanging from the roundabouts.

The fence itself has circular hobbiton-like windows and doors. It is placed in Sant Marti de Provenzal, an area of Barcelona which is not part of the touristic circuit, perfect for those who prefer not being surrounded by thousands of “cheerful” tourists.

So, this is it for the time being. I hope you enjoy this article and these parks the way I do. Keep on reading us in discoverwalks.com for more recommendations. Have a nice day out and enjoy the sun! See you soon! Fins ara! Hasta pronto!