The first thing you need to know about shopping for music in Paris is that this is an activity reserved solely for the afternoon and evening time. I don’t know of a single music store that opens before 12pm, and shopping for music on Sundays? Not going to happen. 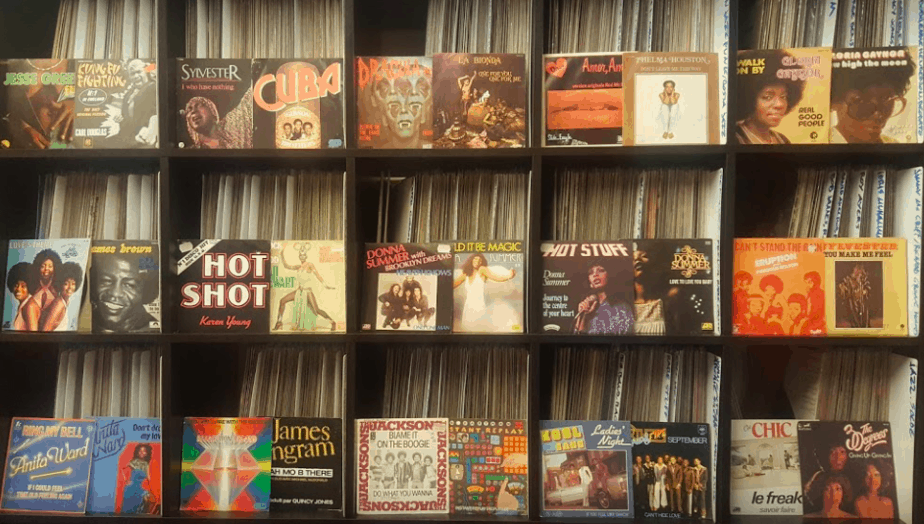 The very cavalier nature of music stores in Paris extends through to the interiors and ambiance within the stores. They reflect the musical history of bygone days: floor to ceiling band posters, peeling stickers from street bands, boxes of vinyls screaming to be sifted through.

Despite music streaming and electronic downloads being on the rise, shopping for tangible forms of music is a favorite pastime for most Parisians. Locals usually have a personal collection of tapes, CDs and vinyls in their apartment, as well as the relevant music streaming platforms of the time.

The Balades Sonores music store is in the eclectic neighborhood of Barbès, just off the eastern edge of Montmartre hill . Since the tourists flock to Montmartre, the locals flock to Barbès, and buying music here is both authentic and affordable.

I like Balades Sonores particularly because they have an extensive range of African-made music that isn’t easy to find. 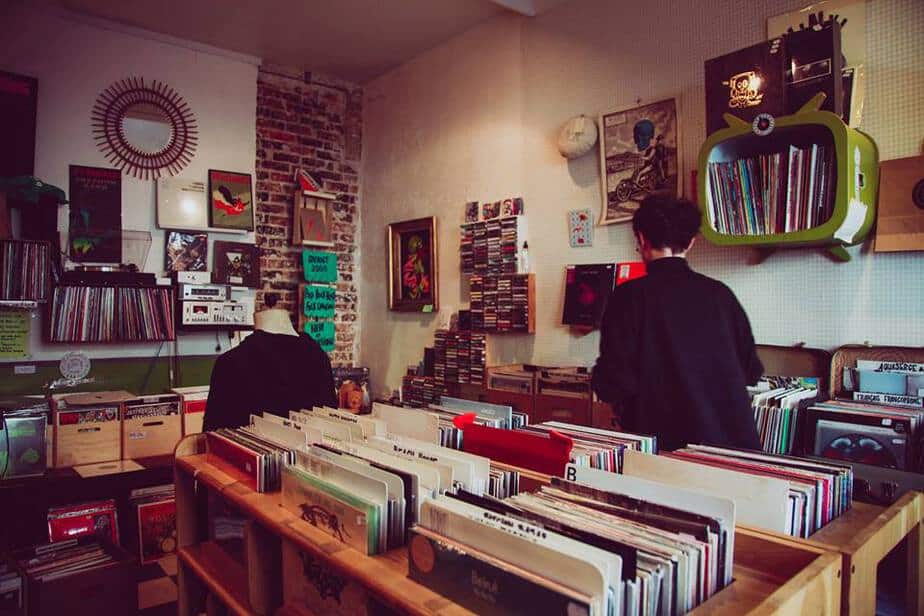 Barbès as a neighborhood is home to many African and Middle Eastern immigrants, so it makes sense that the music selections would be equally as diverse. Prices are also much lower compared to the more central arrondissements.

Every Thursday as well as the first Sunday of every month, Balades Sonores hosts live in-store concerts.

For a lucky packet of second hand French records head down into the store basement!

The Born Bad Record Shop has lived just off the Place de la Bastille since 1999. The residents of Oberkampf and Bastille hold this retailer in high esteem, continuing to support the store even in the ever-changing climate of platforms from which to obtain music.

It seems the punk era never really left the Bastille. Born Bad Shop is evidence of this as are some of the youth gangs that roam the streets of this neighborhood (knee high Converse are never coming back into fashion guys, let it go). 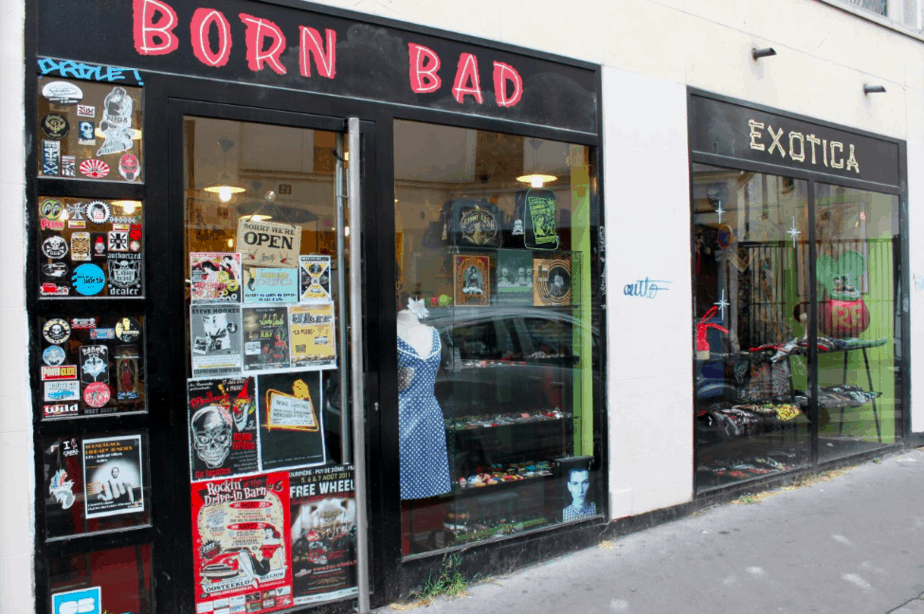 Modern punks aside, the 60s was a strong time for punk-rock music. Born Bad seeks to supply to public with the best works of this time, keeping the era alive in the process.

It’s a gem of Bastille, and of Paris at that.

The 11th arrondissement is sometimes referred to as the “vinyl triangle” of Paris. The streets surrounding Heartbeat hold a large number of music stores; Born Bad, mentioned above, is a short walk from Heartbeat.

All stores in Paris considered, Heartbeat is probably the most well stocked and diverse of retailers. I was most impressed to find an entire section of Japanese rarities dating back decades, absolutely unheard of in the French capital or so I thought. 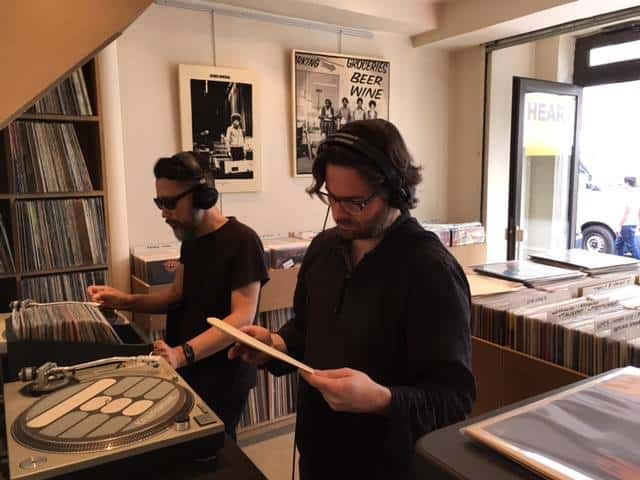 In addition to their vast collection of European and French jazz, Heartbeat has extensive imports of jazz works that originated in the USA. The very best of New Orleans and Chicago right here on your Parisian doorstep.

I must mention that because most of the items in Heartbeat are considered rare, they have prices to match. This isn’t the music store you go to for casual shopping, it’s where you go for a specific piece that you’ve been yet to find elsewhere.

Slightly outside of the vinyl triangle, more toward the north of the 11th arrondissement, Betino’s has been making the people of Paris very happy since way back in the 80s.

I was once joined on a free guided walking tour by someone who had just paid the store a visit. He confidently proclaimed he’d found the friendliest shop in Paris, and proceeded to show the group his musical finds. 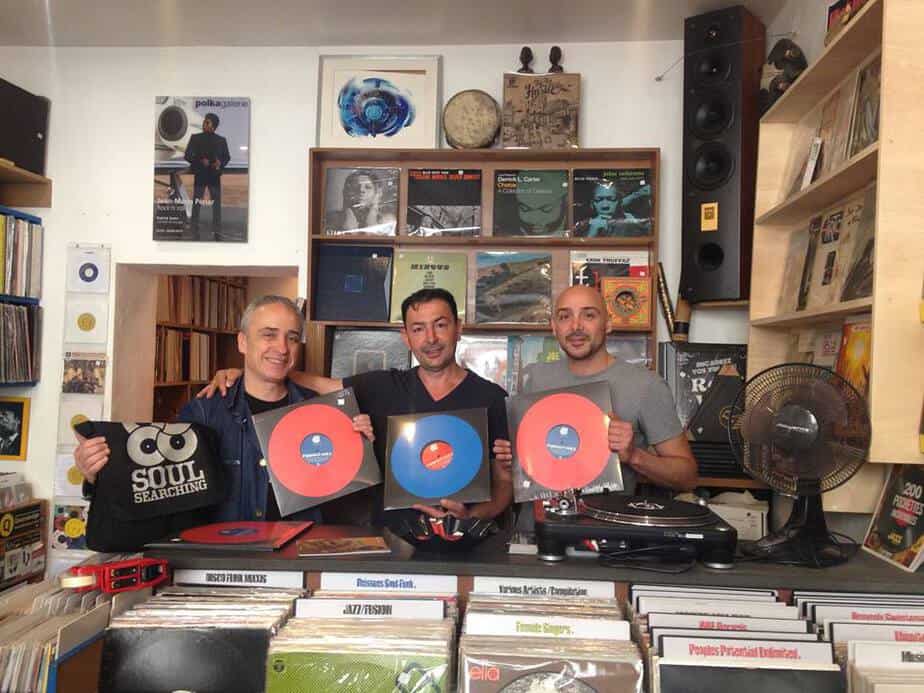 This is likely because the owner himself is still in store every day, connecting with customers and helping them on their music shopping journey.

Betino’s specializes in jazz, soul and funk from the heydays of these genres around the world. They are also one of the only music stores in Paris to feature a full Latin American music section.

Please Music store will be the most wholesome and fulfilling shopping experience you have in Paris, mark my words.

This store lies near the Canal Saint Martin, just slightly west of Belleville. This part of town values good, soulful music from all eras and genres. At Please Music you can still buy 12’s, 45’s and cassettes. 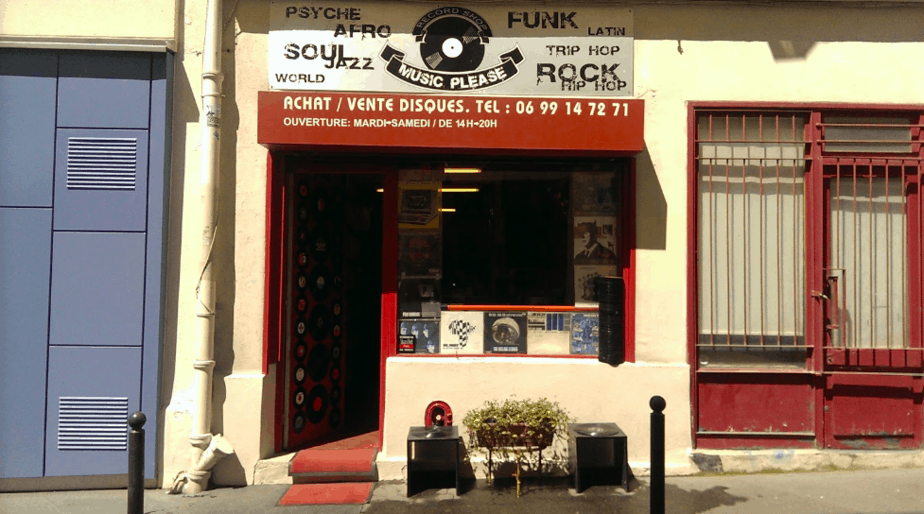 The store is low-key and managed by the owner who will help you pick out exactly what you came to find. If you’re simply browsing and open to recommendations, he’ll take time to curate something specifically to your taste.

The reggae selection in Please Music is also a big part of what makes this spot so popular to the locals of the area. Belleville and Menilmontant nearby are hubs for reggae music in Paris. If you’re interested in exploring the reggae scene while in town I recommend Twenty One Sound Bar, its not far from Please Music, closer to Belleville.