Paris’s Top 5 influential People in sport and the arts 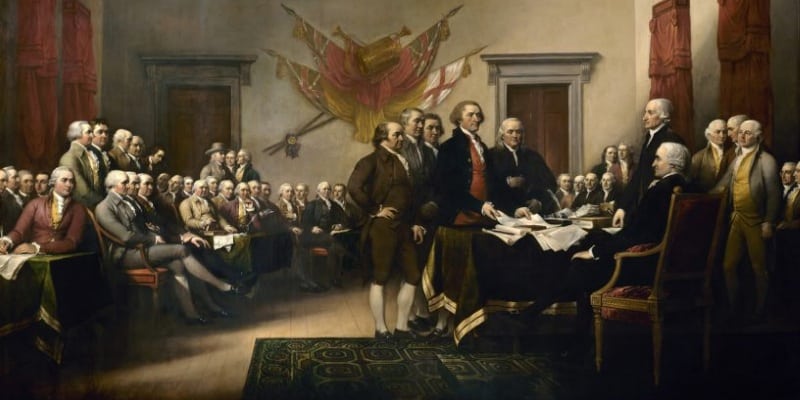 Paris’s Top 5 influential People in sport and the arts

Many influential people in sport and the arts are from Paris. So I obviously wanted to share and write about my Paris’s Top 5 influential People in sport and the arts. We already know Paris goes by many names. Paris is known to be the starting point of many trends, philosophies, movements, and much more. Fashion all around the world was originally born in Paris. Fashion designers such as Coco Chanel, Jean Paul Gaultier, Yves Saint Laurent are the ones who marked Fashion History, established the standards, forever changing Fashion. They are all from Paris. Paris is considered to be the city of love, the city of fashion and the city of light.

The greatest thinkers and philosophers are from Paris, or at least, have spent a great amount of their life in Paris. The Lumières (in English, Enlighteners) are a cultural and intellectual movement that originated in France. The Lumières greatly influenced the Declaration of Independence in the United States and the French Revolution. The first ever written encyclopedia was first published in Paris between 1751 and 1766. The Lumières were a great network of great minds. Their purpose was to enlighten people through reason. 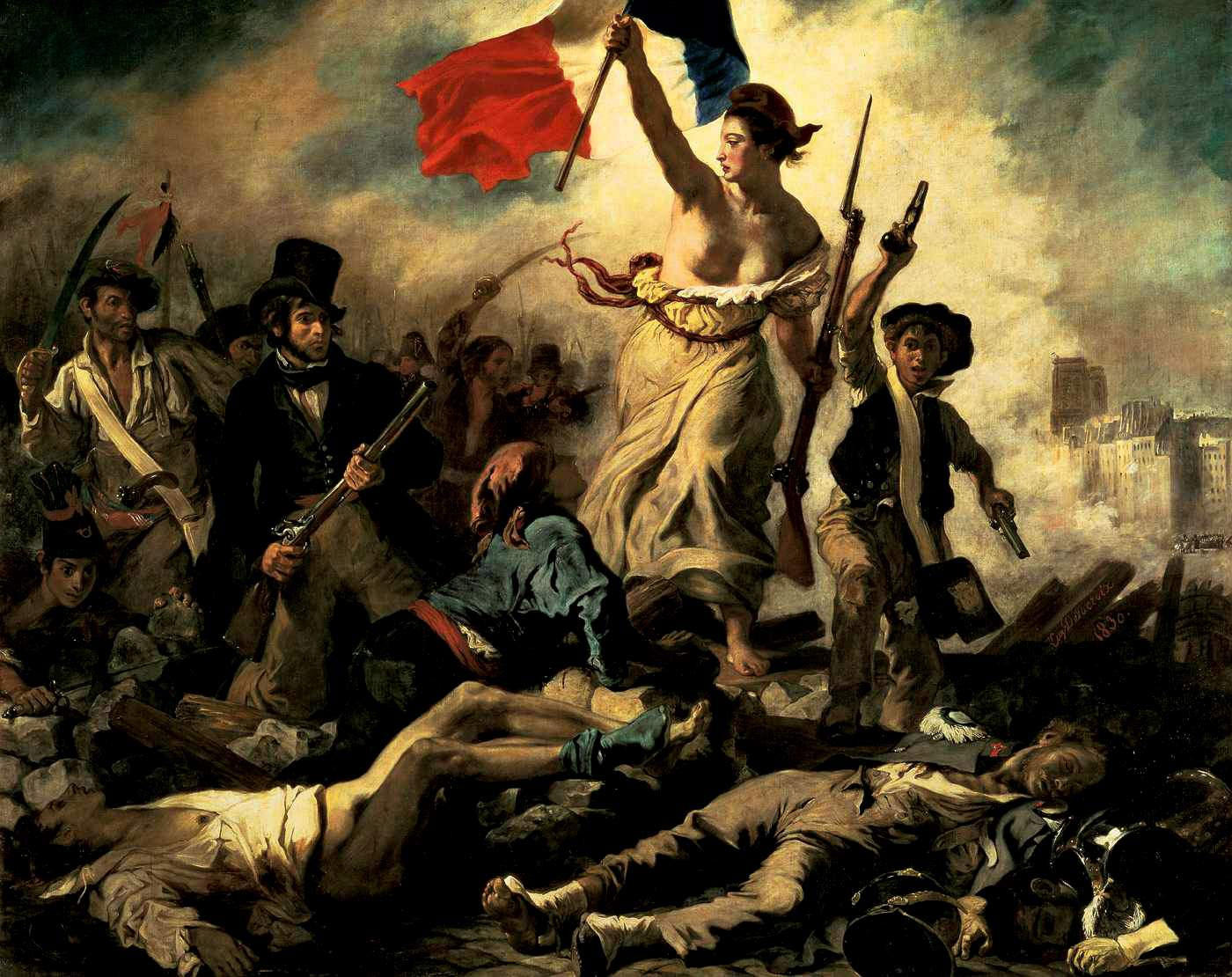 Many people think Paris’ nickname of the City of Light is simply due to its stunning Eiffel Tower or for being such an illuminated city. Which is, in part, kind of true. However, one cannot ignore the fact that the greatest minds have met in Paris. Paris is home to enlightenment, reason and knowledge. Wisdom has always issued from Paris, lighting up our lives. As Thomas Jefferson said, “A walk about Paris will provide lessons in history, beauty and in the point of life”. 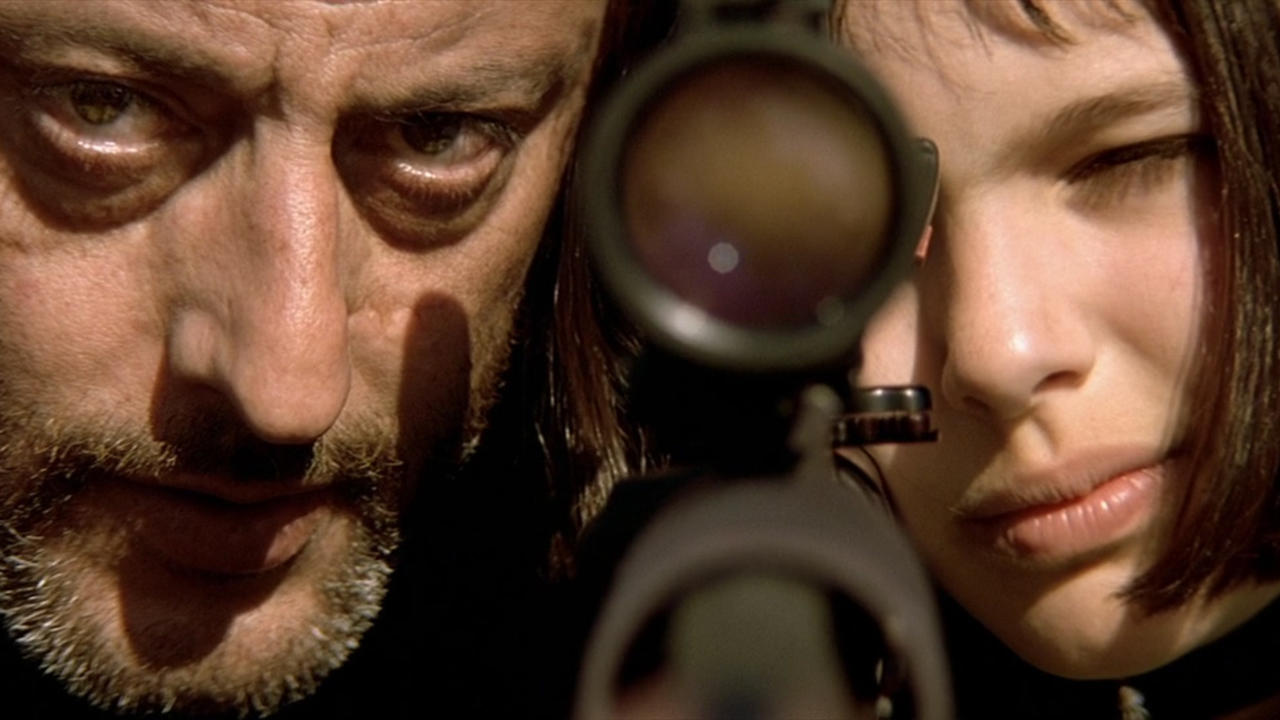 My top 5 most influential people in Paris begins with Luc Besson. Born in the 15th arrondissement of Paris in 1959, Luc Besson is an amazing director and screenwriter, known for famous movies such as Leon: the Professional, Arthur et les Minimoys, and Lucy. Why is Luc Besson top of my list? I love his movies and the universes he invites us to.

There’s a good reason Leon: the Professional is the French movie the most viewed abroad. The action scenes and the acting skills of the actors (Gary Oldman, Jean Reno) are on point! Furthermore, Leon is the movie that marked the start of Natalie Portman’s career as an actress. Aged 12 years old, it was her first movie. Besson has also produced the fantasy adventure film Arthur et les Minimoys. In Leon, the child (Mathilda), representing the innocence, has suddenly to survive the harsh and violent world of the adults.

Almost the same happens in Arthur et les Minimoys but from a different perspective. The child (Arthur, aged 10) suddenly has to save his life on his own and face great responsibilities. Luc Besson mixes the universe of childhood and adulthood with a unique style. In my opinion, it leaves us to wonder who are the kids after all. Adults have the bad habit to complicate life. Besson may be suggesting us, thanks to these movies, to keep in touch with our inner child.

Another great movie produced by Luc Besson, the first of my top 5 most influential people in Paris, is Lucy, a sci-fi thriller movie. Starring Scarlett Johansson and Morgan Freeman, many of you have probably already seen it. What did you think of it? The opinions are divided about Lucy. But, speaking for myself, I always love when the main character is a woman and the future of our world depends on her, especially when it’s Scarlett Johansson we’re talking about! Plus, my favourite scene was shot in the Sorbonne Univesity, in the Latin Quarter! And I love to recognize places of my dear Paris in movies. 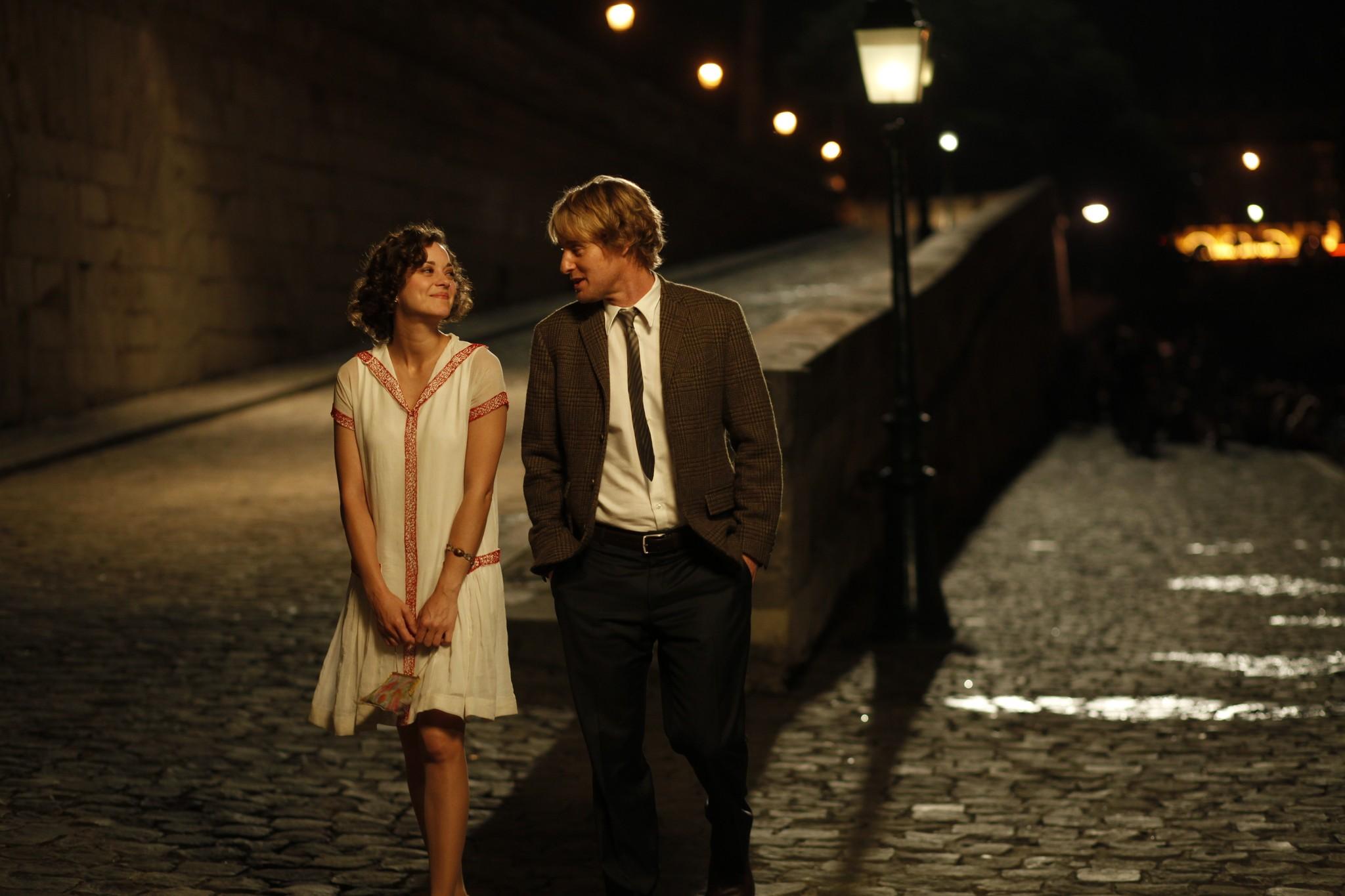 Guess how Marion Cotillard started her acting career. Marion Cotillard began her career as an actress in Luc Besson movies, the Taxi saga series. But it’s a pure coincidence they both happen to be in my top 5 most influential people in Paris. These two have a great influence on the cinema world. And we all know how hard it is to get in it!

Marion Cotillard is part of my top 5 influential people in Paris because she’s my favourite French actress and she always defends good causes! She starred in many movies alongside the most famous, successful and impressive actors and actresses, such as Johnny Depp, Christian Bale, Leonardo Dicaprio, Tom Hardy, Kate Winslet. She received worldwide recognition, thanks to movies, like Public Enemies, Inception, Contagion, The Dark Knight Rises, and many more. Marion Cotillard is also known for her role in Midnight in Paris – a romantic comedy, as Adriana. This movie is Quentin Tarantino’s favourite of 2011 and is considered to be the best movie Woody Allen has directed, winning many awards. Plus, having Paris as movie set is simply perfect!

Marion Cotillard was under the spotlight for La Vie en Rose, which is a biopic about Edith Piaf. We all know the songs, but do we know the woman? It is a movie I highly recommend. From street singer in the streets of Montmartre, Edith Piaf turned into one of the most iconic and important figures of French culture. And Marion Cotillard brought her back to life like no one else would have managed to.

Marion Cotillard is one of the most talented French actresses. She is beautiful and she embodies Parisian charm and elegance! Furthermore, she’s a member of some environmental organizations such as Greenpeace and WWF. She wants to raise awareness about global warming and is constantly participating in campaigns for environmental protection. She’s always fighting for good causes, making her one of my top 5 most influential people in Paris.

Everyone has danced to the beats of Daft Punk! Since 1993, this French duo always manages to get everyone on the dance-floor. Its members are Thomas Bangalter and Guy-Manuel de Homem-Cristo. They met in high school and stuck together since then. These two friends have produced the coolest and the funkiest hits ever made. Their music is timeless! As soon as we hear the first seconds of one of their music, an outside force forces us to move our bodies to the rhythm. That’s how inspirational Daft Punk is! We owe them legendary hits such as Harder, Better, Faster, One More Time, and more recently Get Lucky, Starboy and I Feel it Coming (featuring The Weeknd).

Daft Punk is the best French DJ and belongs in the top 5 most influential people in Paris. They are famous all around the world but remain humble after all. Daft Punk want to avoid the star system, wanting people’s attention to be focused on their music rather than their private life. This is the main reason they always wear helmets during public appearances. They believe their productions are the most intimate element of their personality they can give to the public. Daft Punk have been accepted as they are and are grateful for it. They have strong values and principles and make the trendiest music you’ll hear at the club. In short, a place in this top 5 most influential people in Paris is much deserved! 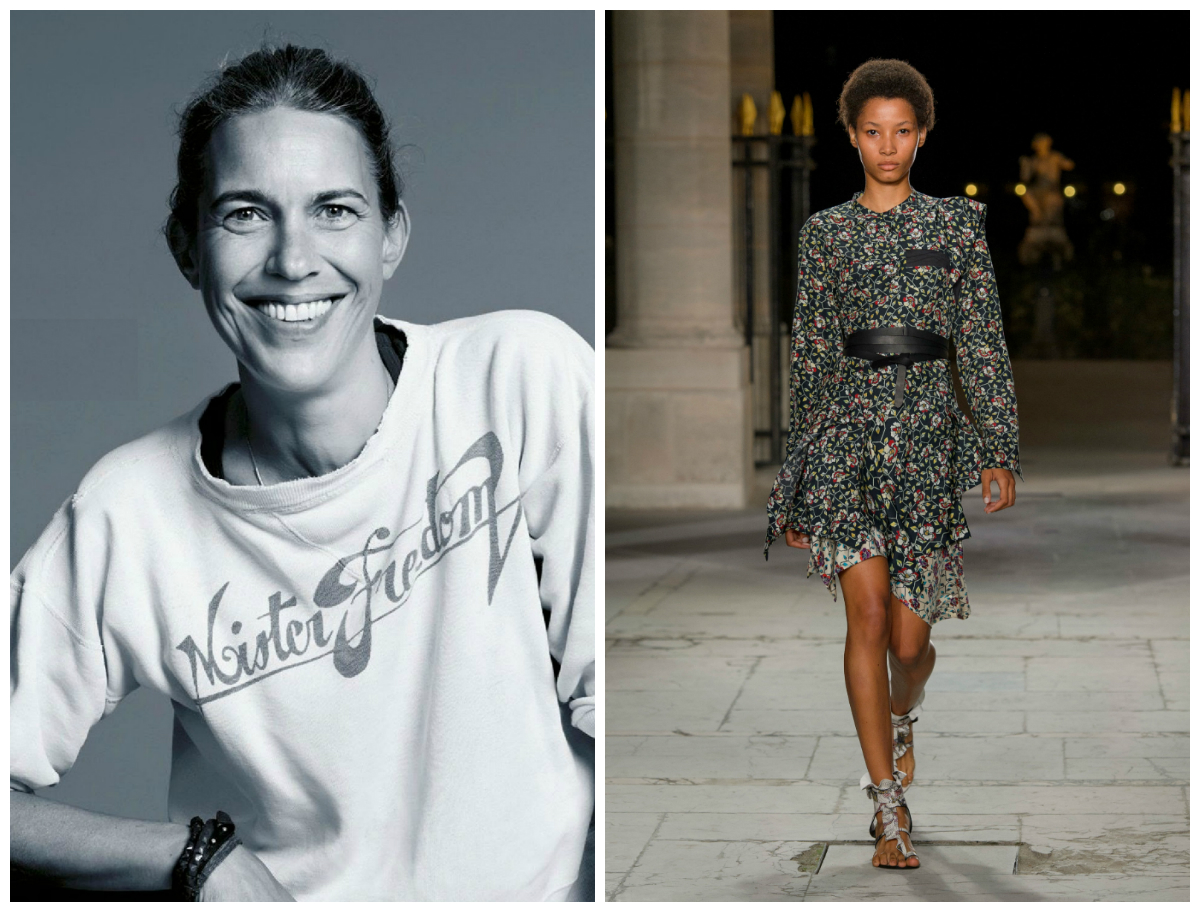 Aged 11, Isabel Marant started creating her own outfits because she didn’t like the clothes her parents used to buy her. She started freeing her imagination, creating her own clothes and stealing from her dad’s wardrobe. Fashion taste and style was in her blood. Isabel quickly realize it’s her passion. At the age of 16, her father bought her a sewing machine, so she started experimenting new stuff and revisiting various kinds of fabric. While her stepmother used to spend hours in the bathroom getting ready, she used to simply wear her dad’s jackets and was good to go!

Isabel Marant is the cutest and the most relaxed fashion designer you’ll know! Above all, she wants to feel comfortable. Her creations perfectly reflect her thoughts and her lifestyle. Floral prints, glitters, men’s jackets are her signature. She allies masculinity and feminity and makes the most stunning outfits combining comfort and sexyness. Her collections are fun and cool, but still feminine. She presented her 2017 Summer collection at Palais Royal, and it was absolutely gorgeous! You can take a look at her most recent collection and do some shopping for this summer, in one of her shops in Saint Germain des Près, located at 1 Rue Jacob. 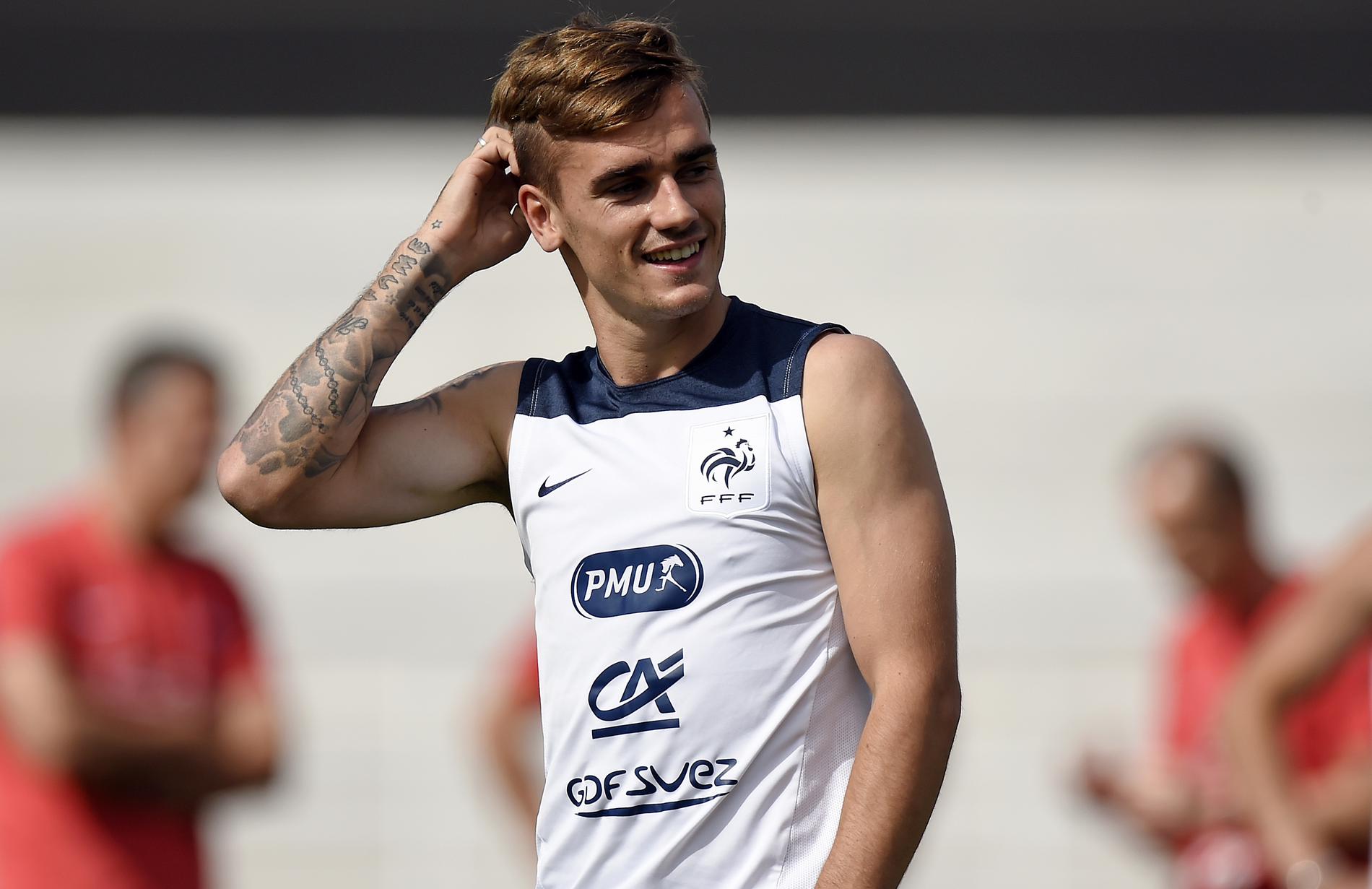 I have to talk about Antoine Griezmann, because I love his positive attitude. He’s a soccer player for the Spanish club, the Atlético Madrid, and for France national team. He’s one of my favourite soccer players for many reasons. He clearly stands out in all the games he plays. He was a top scorer during the UEFA Euro and was nominated for the Ballon d’Or in 2016 and for FIFA 2016 best soccer players, next to Lionel Messi and Cristiano Ronaldo. Antoine is irresistible, determined and hard-working. He always wants to improve himself. And that makes him one of the most influential people in Paris! He’s essential to his teams because his optimism is needed for his colleagues. Above all, I just love his smile when celebrating a goal!

My top 5 most influential people in Paris is now over. I hope you’ve enjoyed it! The truth is we all are influential people in many ways, and every day is an opportunity to meet both influential and inspirational people. We just need to free ourselves and embrace new experiences and friendships. If we pay attention to the details around us, everything can be a source of inspiration. I love walking Paris all day long, hear the sounds, look at the details, pay attention to the people, feel the city. My advise is if you want to get inspired by a city you’re still not familiar with, you need to trust the locals. No one knows a city better than its locals. They will share with your their points of view, their sources of inspirations. Walking Paris with Parisians is a must when coming to such an influential city!