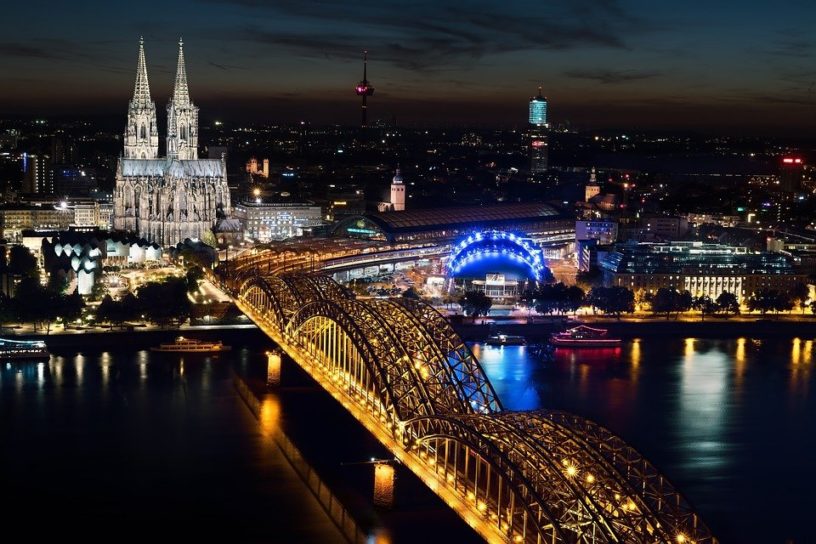 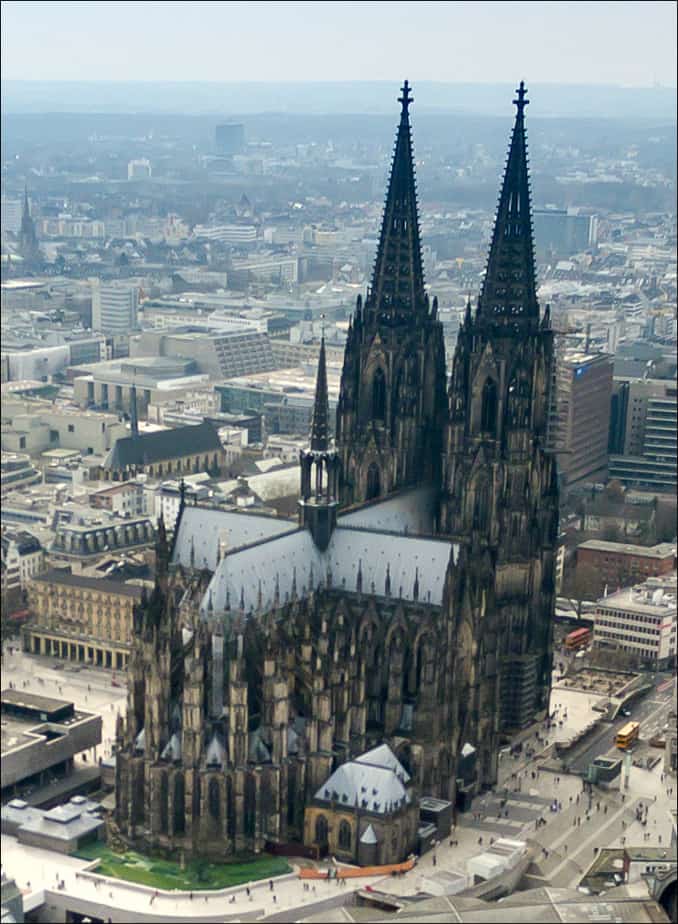 Cathedrals in Europe are difficult to ignore. They stand tall, magnificent, and unapologetic. Each cathedral has a personality, a mystery, an air around it that makes you curious about it. Each has a personal touch to it, a history, a unique design, and each one of them has a story. Cologne Cathedral has a story, a long and interesting one. It also has many features that will make you stop for a moment to take in its grandiose posture. It is, after all the largest gothic church in Northern Europe, the third-highest in the world, and the second-highest in Germany!

The cathedral also known as the Kölner Dom is located in the popular city of Cologne -which is the fourth largest city in Germany, and here some 5 very interesting facts about it.

2. It is a UNESCO Heritage Site 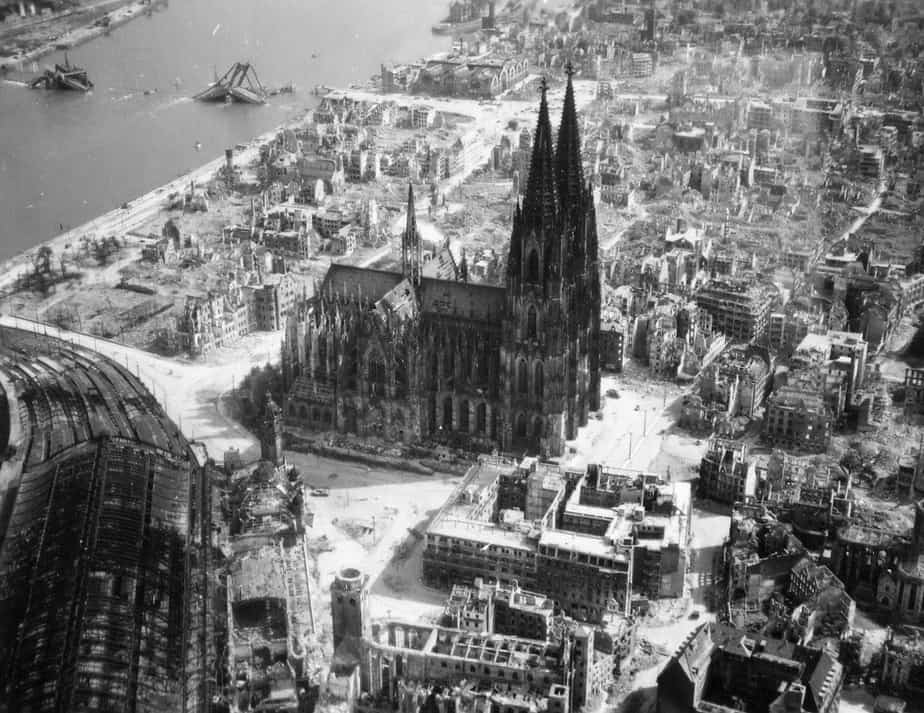 The magnificent cathedral, standing at 515 feet tall, was listed as a UNESCO World Heritage Site in 1996. The cathedral is made up of twin towers that stand side-by-side which, as a matter of fact, are not even! Now, this statement will make you squint your eyes to check if this is real, worry not, it might not be visible since the two have only a 7-centimeter difference! Yes, the North Tower is 157.38 meters, a whole 7-centimeter difference from the South Tower. The cathedral stands on the site where churches have been standing since the 4th century! That was a while back. One of the most prominent churches there was destroyed by a fire in the mid-13th century and construction for the current church was then started. The construction was completed in 1880. The church has gone through seasons and challenges, with construction being halted for hundreds of years, and also stopped when during the French Revolution in the 1790s, the soldiers occupied it, and even being affected by bombs like the one during World War II, but it still stands tall. The church is also bombproof, evidenced by the bombs which have hit it and not destroyed the over 800-year-old cathedral!

2. Home of the Three Wise Men 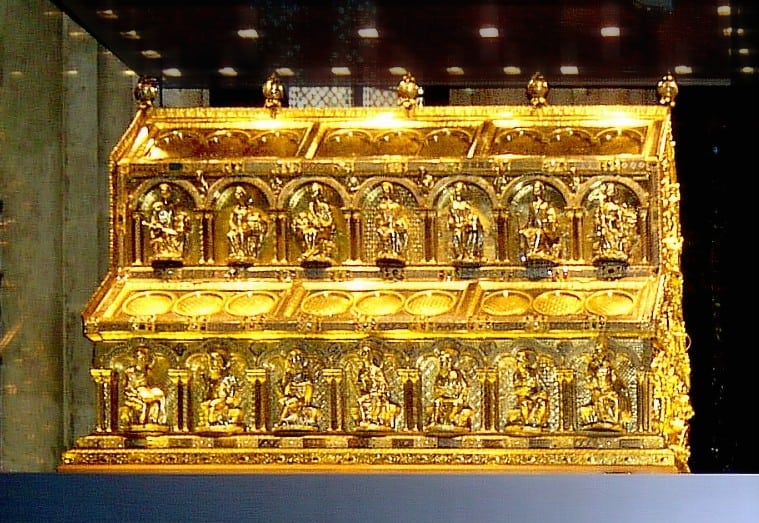 If you are familiar with the Bible, then you would know the birth of Jesus Christ and the activities around it; one of them being the Three Wise Men! Yes, these are the same wise men we are talking about! Their bones are housed at the cathedral in the Shrine of the Magi, something that has always attracted pilgrims from as far back as the Middle Ages! The bones are the reason that the cathedral was built, as it was decided that they needed a proper home! There is even a day that is dedicated to people paying their respects to the bones- every January 6th. The shrine of the Three Wise Men was designed and built by a goldsmith, in 1182, Nicholas of Verdun.

The Three Wise Men are not the only ones whose bones lie in the cathedral. Archeologists and researchers have found bones believed to belong to two people- a child and a lady, buried under the cathedral! While the relationship between the two people remains unknown, it is highly believed- from the research done on the DNA found on their leather gloves- that the two were poisoned.

3. What is a church without a choir? 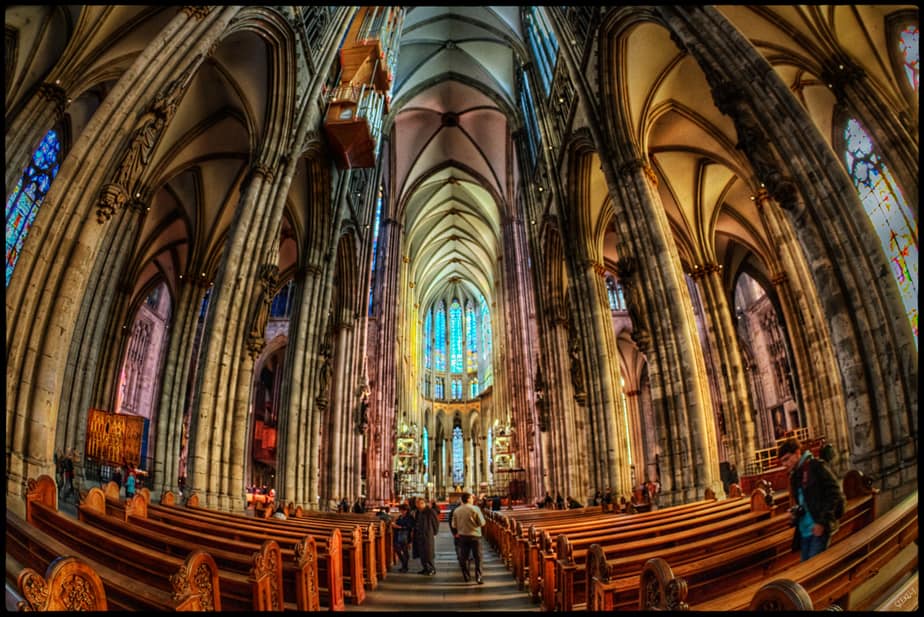 The choir is very important in churches, and especially grand cathedrals- we are talking about the choir stalls, some of the most important features of cathedrals in medieval times. Each cathedral wanted to have a bigger and better choir and the Cologne Cathedral was not left behind in its quest to have a splendid choir! It has taken time, but the cathedral now has 104 oak seats, and very well done statues, walls, and even stained glass! the Cathedral was bombed 14 times during World War II, which affected part of it, but the Choir and other parts of the church were restored a few years later. The cathedral held the title of the world’s tallest structure until 1884 when the Washington Monument.

4. ‘Fat Peter’ is special and the cathedral is not dirty! 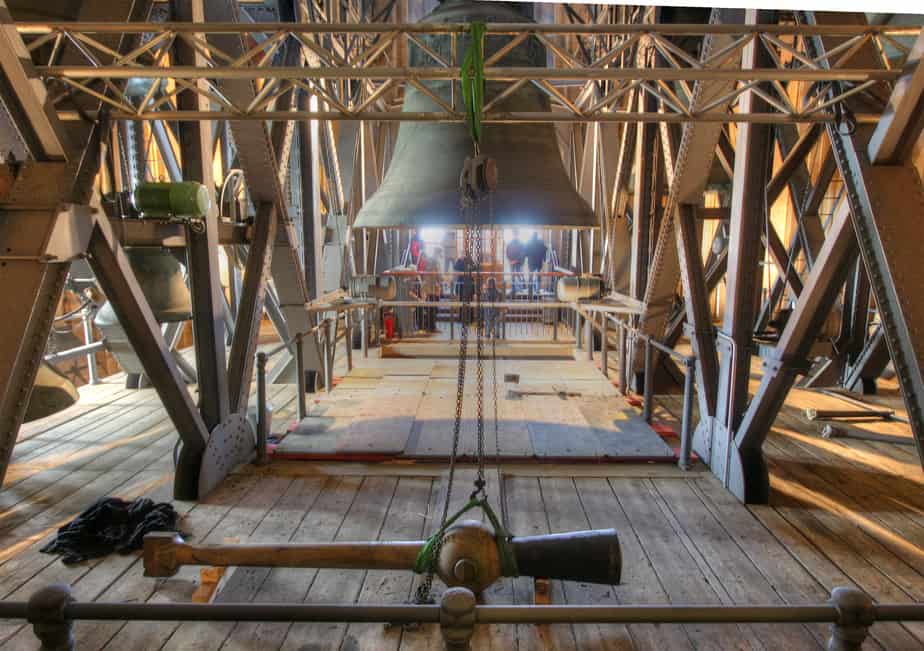 Now, every cathedral and most catholic churches have a significant aspect- apart from their beautiful designs- the bell! Dicke Pette as it is popularly known in Cologne is one of the many bells in the cathedral. There are eight bells which ring all the time, but the big and special Dicke Pette is for special occasions only; as it is rung during Christmas and New Year! The bell is also very huge- 24 whole tones! One other thing- people often think the church walls are dirty, no it’s not, it is just that it was constructed out of black stone, which because of the polluted rain which has sulphuric acid and other components, stains the walls making it look dirty- it is cleaned every time, but gets stained again. It is in fact very beautiful, and you should see it lit up at night! Wonderful!

5. The construction is magnificent 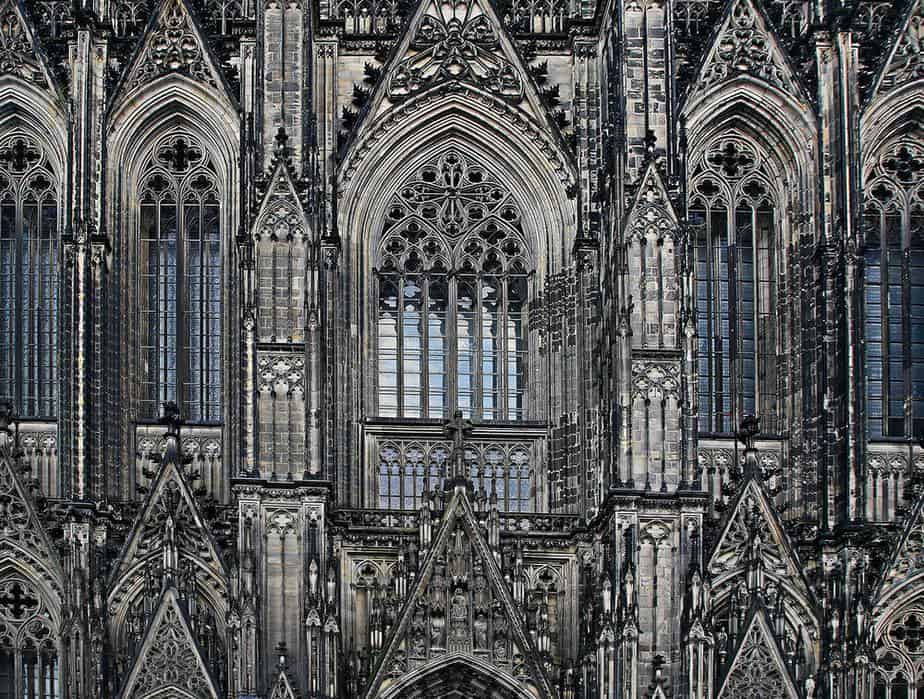 The cathedral stands tall in Cologne- only second to the Telecommunications Tower, and in its grand style, can hold up to 20,000 people. The Cathedral, designed to look like one of the Amiens by the French, and from an aerial view looks like a cross, stands on 8, 000 square meters; has two towers, and apart from the Shrine of the Three Kings, also known as the Shrine of the Magi which houses the bones of the Three Wise Men, has great features like the shape of the Latin Cross; stained glass windows, 104 seat medieval choir stalls, oak stalls, and even paintings. The cathedral has a chapel- The Lady Chapel, which contains the Altar of the City Patrons a painting done by Stefan Lochner in 1442, the Sacrament Chapel, which contains a wooden sculpture made in 1290, which depicts Mary and Jesus. There is also the Gero Cross, installed around 970, which is the largest sculpture of the crucified Jesus. The cathedral also offers people a chance to view the city, by going up 509 steps. The view is simply spectacular! The church is a tourist attraction on its own, attracting millions of people annually.