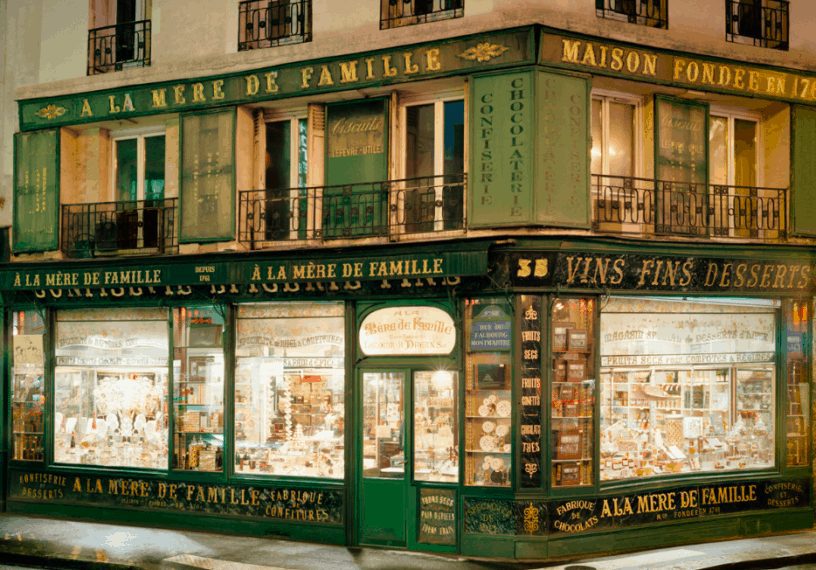 Somehow almost every trade that reaches Paris eventually turns into an art. Paris has been a haven for chocolate lovers since the early 19th century when the people finally regained semi-disposable income and could again afford the finer treats in life.

Since then, chocolatiers and boutique chocolate shops have taken over the city. They are about as easy to come by as patisseries and crêperies. You can usually identify a reputable chocolate atelier in Paris by an expansive and impressive window display of fine, brown treats. 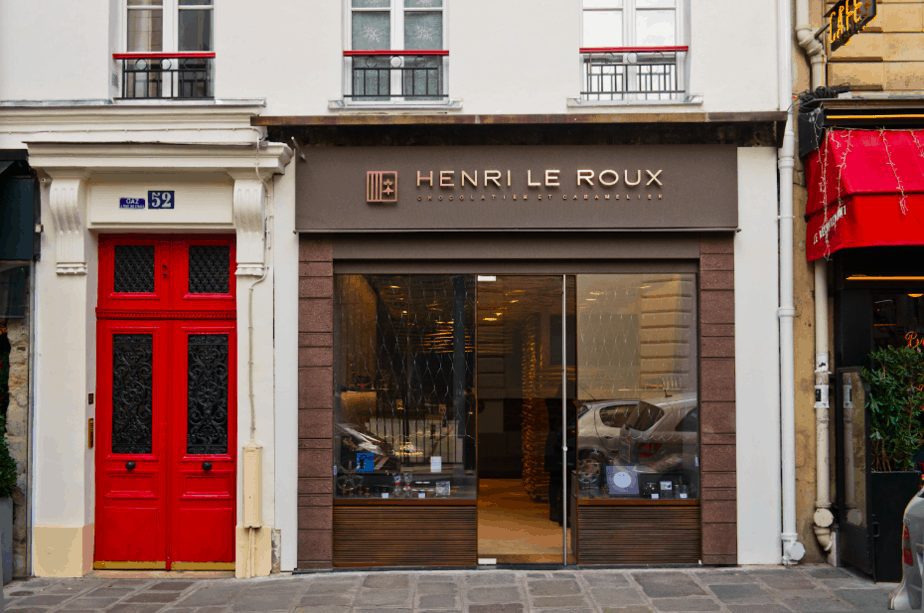 Some of these chocolate parlors work closely with renowned chocolatiers who are professionals in the craft. Others work solely off of the basis of their name brand, leaving their in house teams to make the magic.

Taking a box of carefully crafted chocolates home from Paris is, in many ways, the intimate travel souvenir. Similar to what receiving a box of macarons from Ladurée is like, a box of hand made atelier chocolates speaks volumes. Here are five chocolate ateliers around the city that are worth the journey.

First on every list of chocolate ateliers in Paris is always La Maison du Chocolat. An institution of chocolate making that is virtually unmatched by any competition.

The store has over ten branches situated across Paris, with plant to further extend this reach into all of the neighborhoods not yet represented. They are also found globally in major cities such as Hong Kong, New York, London etc. 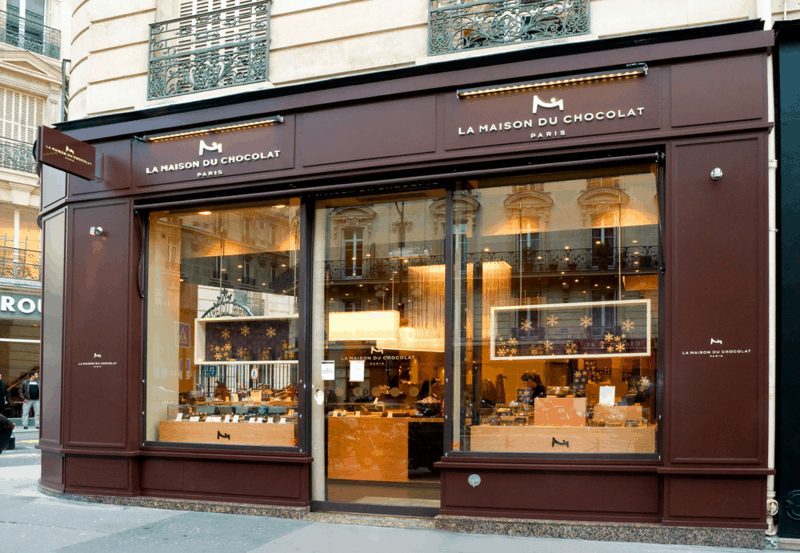 I usually visit the store over in the Latin Quarter on the Left Bank of Paris. The chocolates at La Maison du Chocolat don’t run cheap, and since this is predominantly a university town business is usually quieter & one doesn’t have to queue for ages to make a purchase.

La Maison du Chocolate is the atelier of Robert Linx, an expert chocolatier with over thirty years of experience. His truffles are delectable, as is his authentic hot chocolate – come hungry.

I wandered into this chocolate atelier on the very superficial basis that the outside looked like an enchanting store-front straight out of the Harry Potter books. To my delight the inside was filled with chocolate, which greatly compensated for the lack of wands and spell books — a different kind of magic, if you will.

Debauve et Gallais is one of the oldest shops in all of Paris, having been founded over 200 years ago. This is a popular attraction during free guided walking tours through this area. 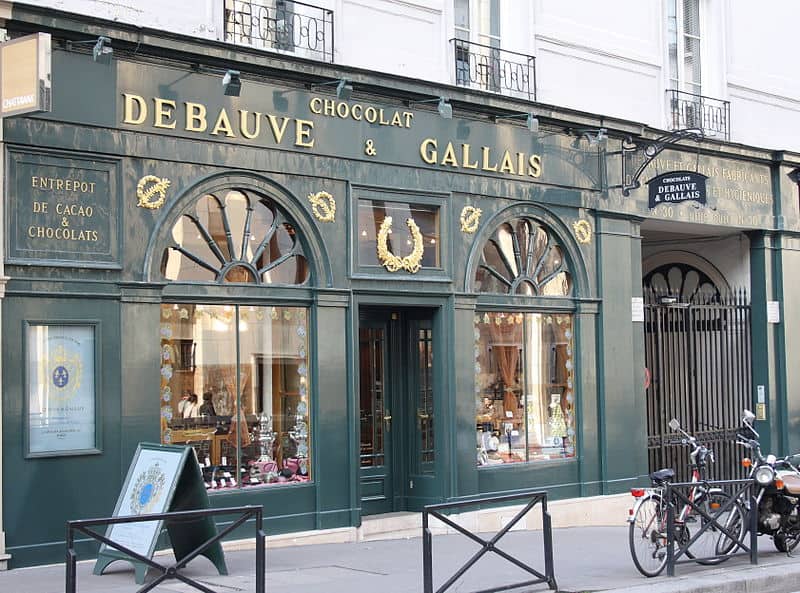 Having been around so long, this chocolate shop has some reputable customers on its long list of loyal patrons; Louis XVIII, Proust and Marie Antoinette to name a few.

To give you a better idea of just how good the chocolate from Debauve et Gallais is, they were appointed the sole chocolate supplier for the French royal family in 1819.

Purchase some of their chocolate bars as they are the best value for money you’ll find in the store — you’ll thank me when you see your bill.

Henri Le Roux currently has three main chocolate stores in Paris, the most popular one being situated near Invalides on the Left Bank.

His stores are modern and simple, giving a very contemporary take to the age old craft of chocolate making. His menu is equally as simple; the chocolatier chooses to focus on a few specific confectionaries as opposed to tackling all of the Parisian favorites at once. 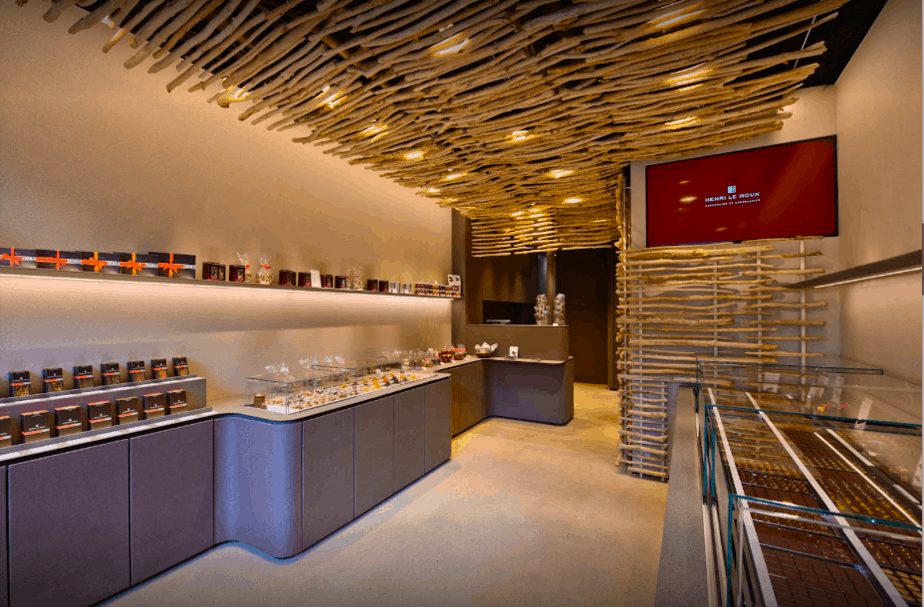 Henri Le Roux is widely known for having mastered the art of salting caramel. This is what people travel far and wide for just to take a sample of from Paris.

He is also somewhat of a master when it comes to the inclusion of brandies and liquors in his creations; ratios always perfectly paired so that you’re never making that wincing face after taking a bite of something unfamiliar. You know the face.

Founded in 1761, À la Mère de Famille holds the official title of being the oldest chocolatier in all of Paris.

Their location on the Faubourg Montmartre road is included on France’s official list of Historical Monuments. This building is another vicinity straight out of the wizarding world; or perhaps just a rogue circus train compartment that managed to find a permanent home on the streets of Paris. 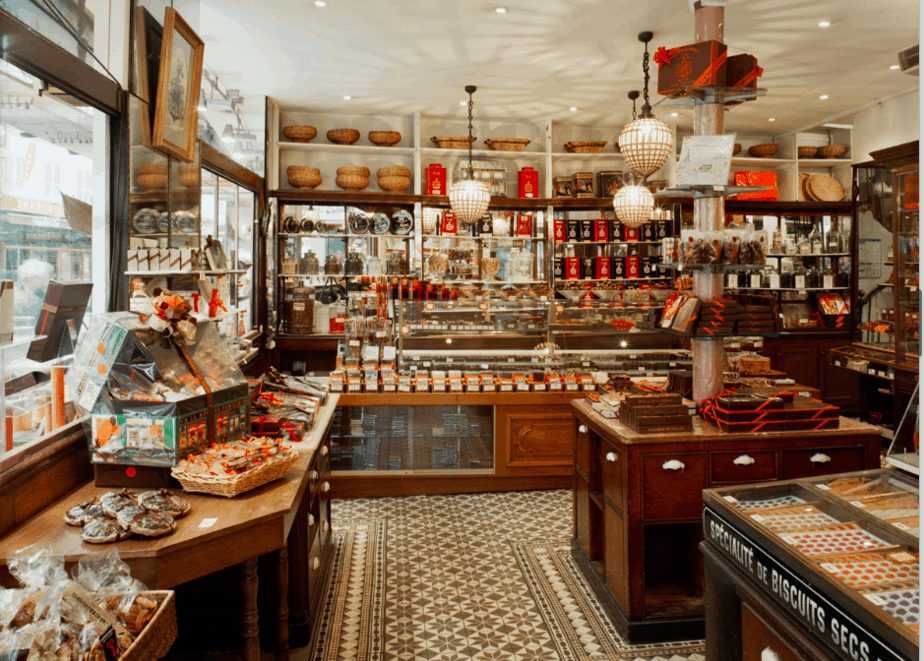 I love coming here purple because of the free-for-all atmosphere that the store embodies. No expansive counter that you have to wait behind to be served, no strange looks when asking to sample something specific; simply an open plan shop where customers are encouraged to roam the thousands of delights and make their own selections.

This flagship store falls in the 9th arrondissement. If you were to make your way north from here you’d eventually reach the 18th and start heading up into the center of Montmartre .

François Pralus is a renowned chocolatier who is originally from Lyon. He has a number of ateliers around France, with three major stores in Paris. If you are in the city center, head to his store in the 6th arrondissement just across from where Notre Dame sits on the Seine.

The stores are wholesome places where both adults and children feel welcome. Everything is made fresh daily and you’d be absolutely mad to visit Pralus without sampling (and probably purchasing) one of his famous praline brioches. 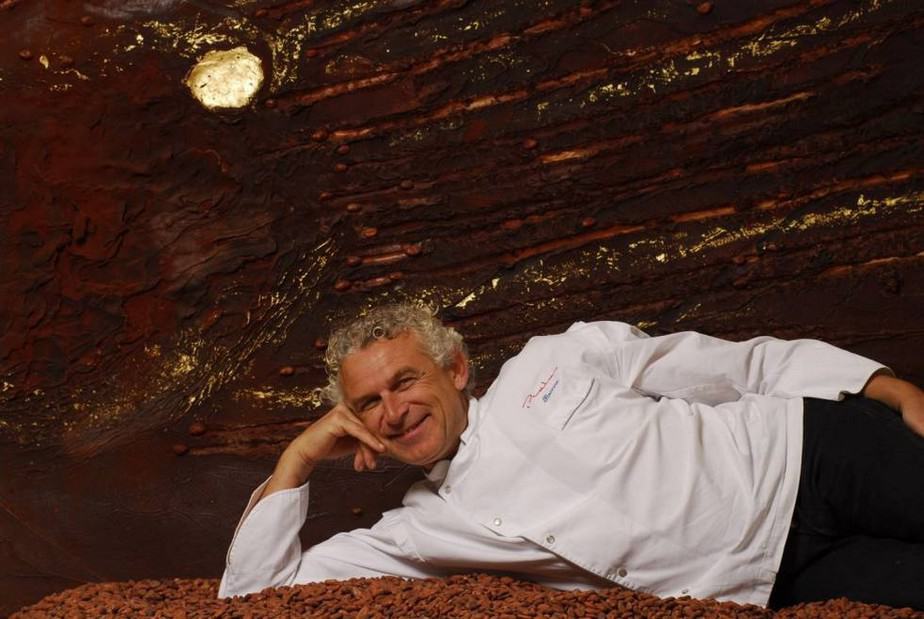 The bonbons at Pralus are individually wrapped in bright packaging and make great gifts to travel home with.

I know we are here for chocolate, but I did eat one of the most delicious macarons of my life at Pralus during my last visit. No harm in mixing it up a bit!