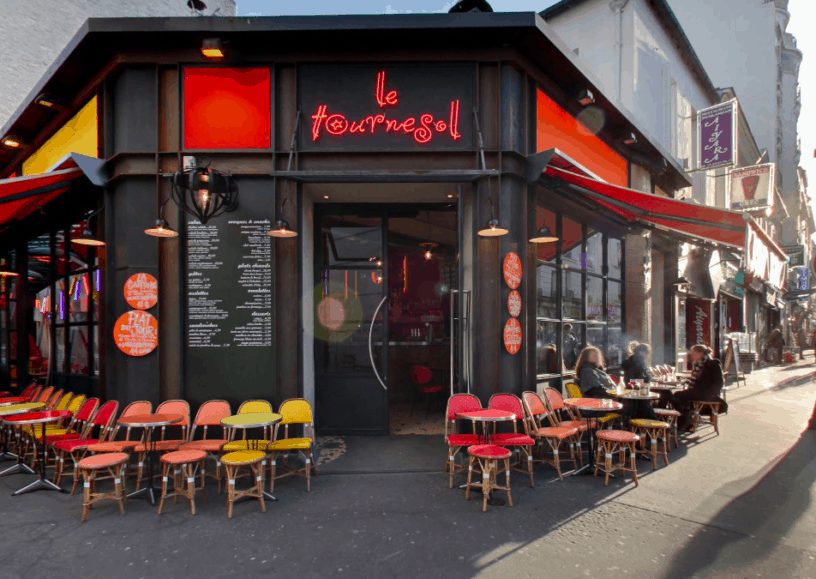 Montparnasse is Paris’ secret of the south. If it weren’t for the high-rise tower, many of us wouldn’t even be able to pin point it on the skyline.

A so called “up and coming” neighborhood in Paris that is mostly residential. The nightlife and hospitality scene in Montparnasse has seen great growth in popularity over the past few years, since people have begun realizing that bars this side of town stay open a lot later than on the Right Bank. 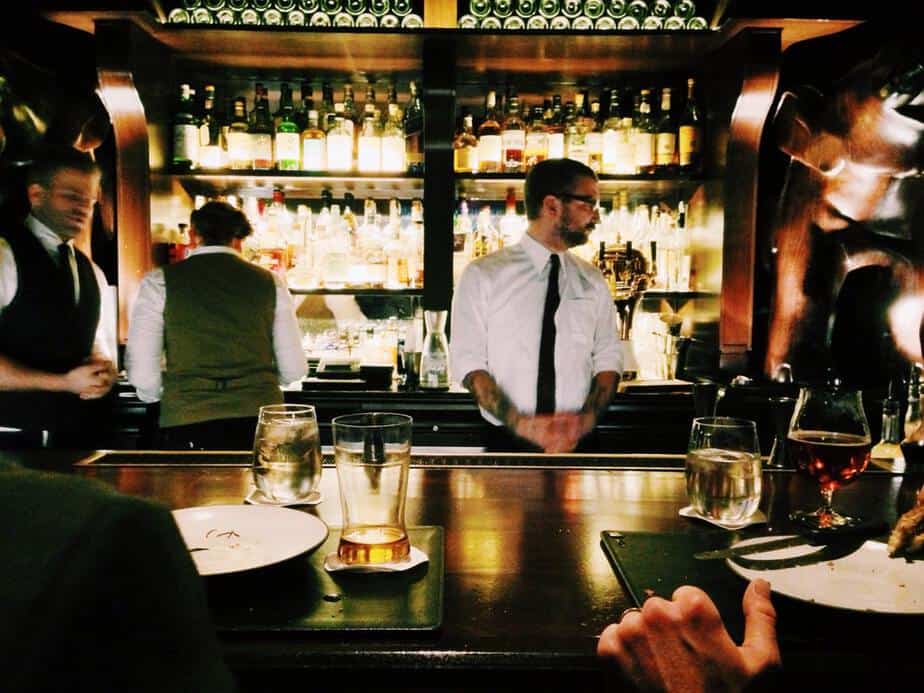 Since it’s out of the city center, drinks are also a lot cheaper. Montparnasse offers buzzing nightlife ranging between everything from jazz to techno. Here are the top five in the area.

1. The Financier in Montparnasse

Those who are from or have traveled to Ireland and know what a proper Irish pub should be like, regard The Financier as the only authentic pub in Paris.

This bar has been a part of Montparnasse for roughly 30 years. The clientele are patriotic Brits and Irishmen; all enjoying the imported beers that The Financier serves on tap. Try their Brexit Blonde lager for a laugh. 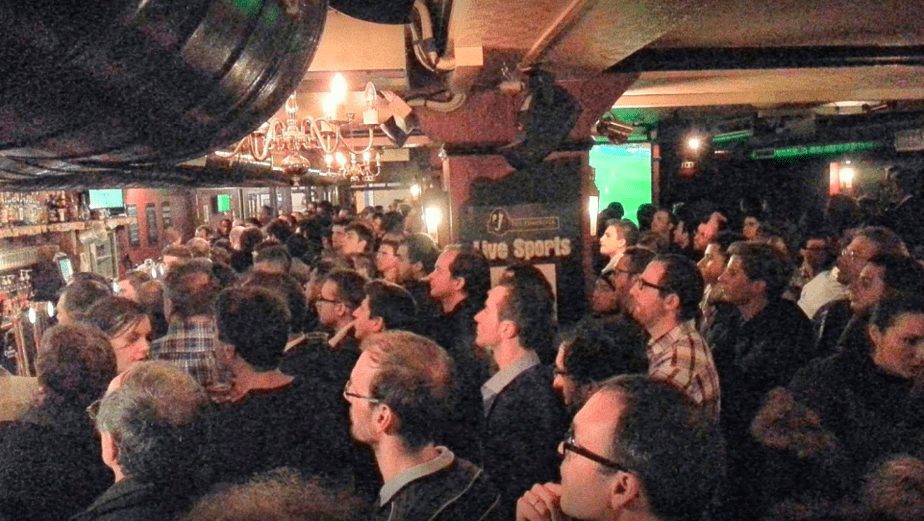 The Financier doesn’t serve food but will allow customers to bring their own eats inside if they ask to do so.

The music is perpetually nostalgic, featuring hits from the past and all the classing singalongs you’d expect — Summer of ’69 ring a bell?

On Fridays and Saturdays you can quite literally stay at The Financier all day. They open at 2pm and only close at 5am. There are pool tables in the bar for some added fun!

2. The Blue Sky in Montparnasse

A walking tour through Montparnasse will take you past the famous Tour Montparnasse, a building taller than the Eiffel Tower featuring panoramic views of Paris and the blue sky surrounding. One block away, The Blue Sky bar welcomes district visitors on the daily.

Firstly one must note the unfathomable trading hours of this bar. As I said, Montparnasse based hospitality usually stays open late, but 7:30am closing time on a Thursday and Friday is unheard of. You could show up at The Blue Sky at 4am and still have a full night ahead of you! 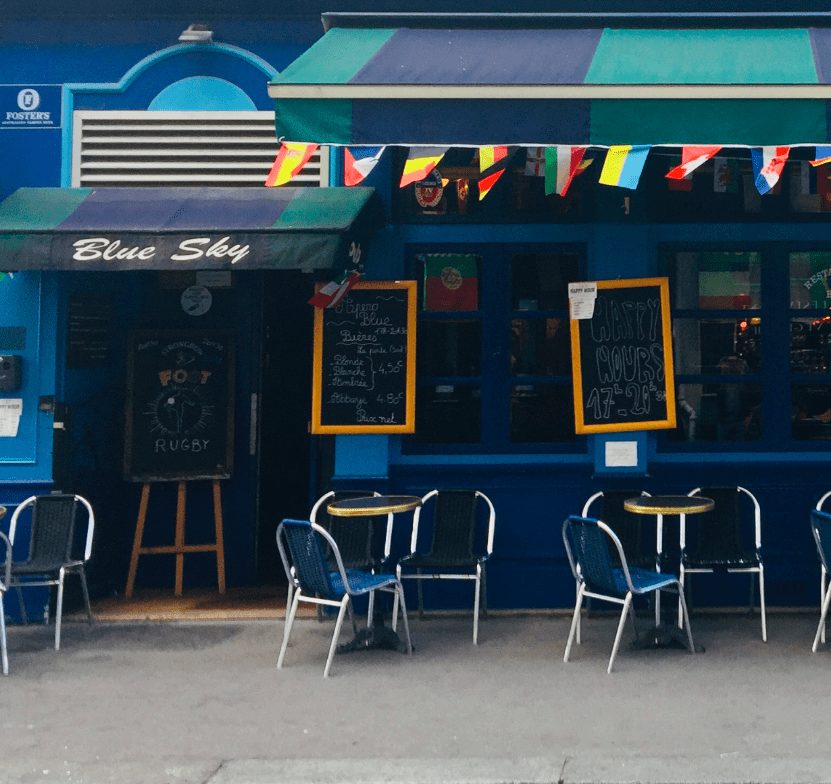 The rest of the week they close at 5am — yes, even on Sundays. This is a London style bar that specializes in cocktails and pub-style grub to keep you energized until the crack of dawn. The street tacos are great!

Beers here are reasonably priced, the staff are pleasant and accommodating and the vibe makes hanging out here feel easy. They will also screen big sporting events in the bar on certain days.

The trading hours at Rosebud are more like the bars on the Right Bank; they are open between 7pm and 2am daily.

Rosebud is Montparnasse’s attempt at keeping the jazz age of Paris alive and kicking. The interior is 1920s art deco, with curios and furniture dating back long before its time. There are stacks of old vinyls around the space as well as dim lamps and blue velvet drapes. 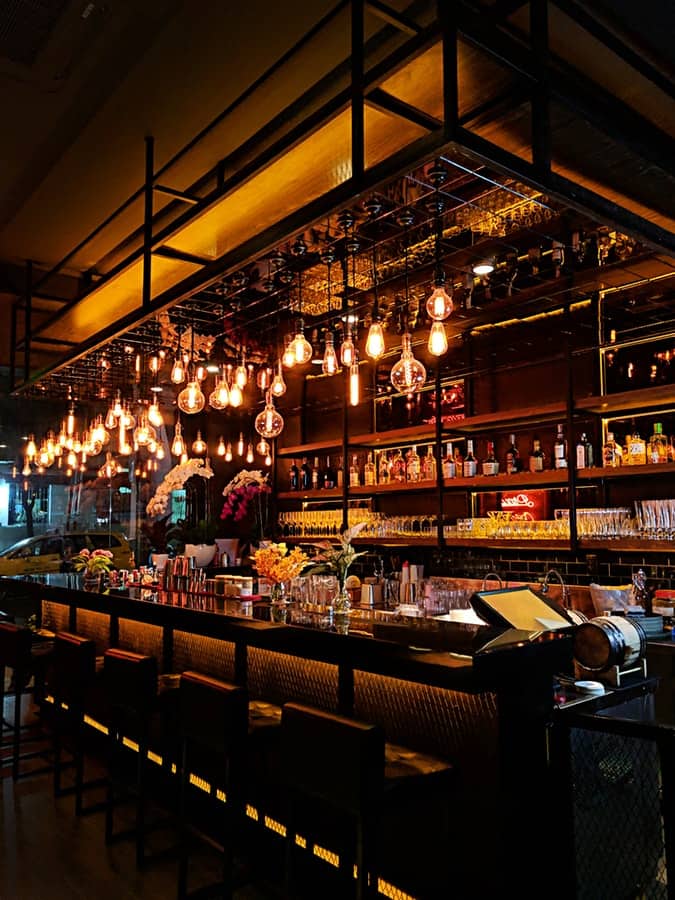 Rosebud is the perfect escape for a cocktail or two when what you’re in the mood for is music for the soul and conversation to match. The clientele are more mature, probably because the drink prices force it to be so. A cocktail here will set you back around €14 a piece.

Fear not, if cocktails aren’t your thing the bar is fully stocked with fine, imported whiskeys and wines as well.

Rosebud is near the southern exit of the Jardin du Luxembourg.

If you’ve taken a free guided walking tour through Paris you’ll know that the city has some exquisite old theaters, some dating back to the 19th century.

Bobino has been the serving theatre of Montparnasse since 1926 and is still going today. Thanks to gentrification, the streets around Bobino are packed with restaurants, cafes and bars to cater to the demand of the theatre goers that arrive here day by day. 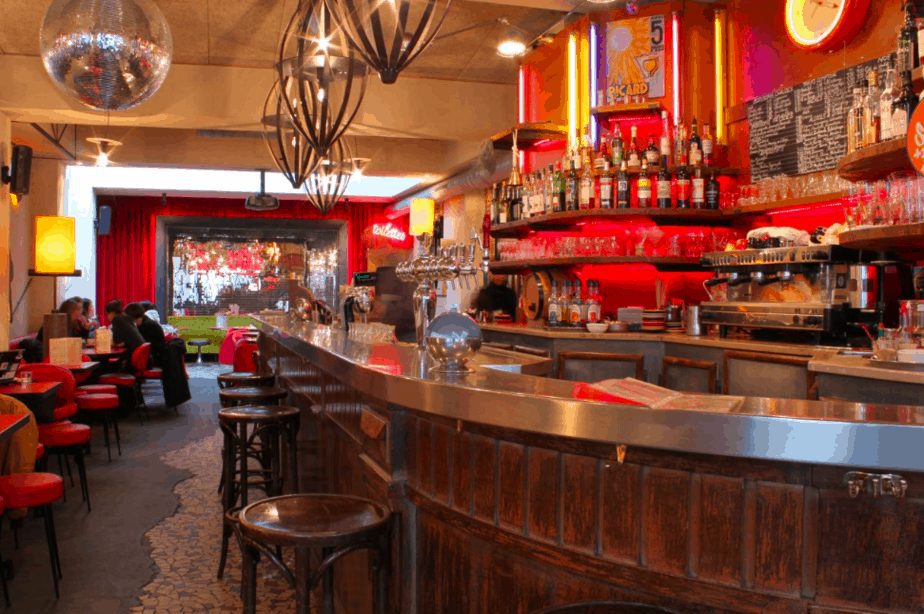 Le Cafe Tournesol is across the road from Bobino. It is the most vibrant and popular cafe-bar in this neighborhood; open daily between 8am and 3am.

There is street seating, bistro style furniture, exposed brick and the sounds of funk & soul constantly in the background. A beer at le Cafe Tournesol will set you back just €3.

They do a full restaurant menu as well; you’ll eat here for under €15 per person. The cheese and charcuterie platter is a nice addition to an evening of drinks in this bar.

5. My Baar in Montparnasse

My Baar is a happy hour anomaly in the village of Montparnasse. The special runs between 3pm and 10pm daily (except Sundays when they are closed). This is probably the longest happy hour in all of Paris.

The cheap prices draw in a younger crowd than is usually found in Montparnasse nightlife. With pints of beer costing €3 and cocktails at €5 you can understand the hype. 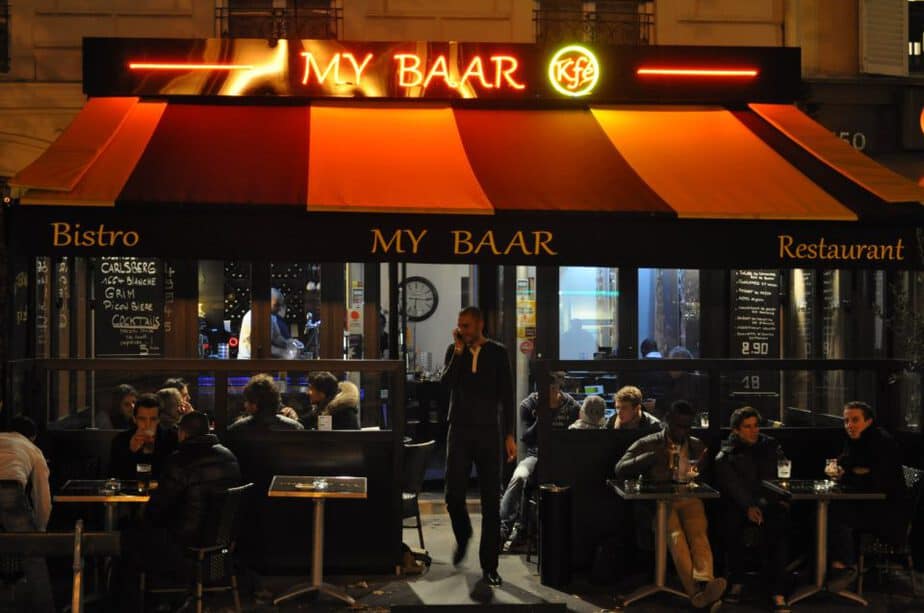 My Baar – by My Baar – Sourced from their Facebook

There is a tapas menu to accompany your drinks. The tasting platters are probably the better value for money, however.

The lengthy happy hour ensures there is always a vibe in this Montparnasse bar. They play music depending on the crowd at the time; ranging between old school hip hop, funk, house and occasionally 80s hits if you’re lucky!

Chez Papa is a restaurant just next door to My Baar, I recommend eating here between your happy hour stint. Delicious, creative dishes suited to vegans, vegetarians and meat eaters.