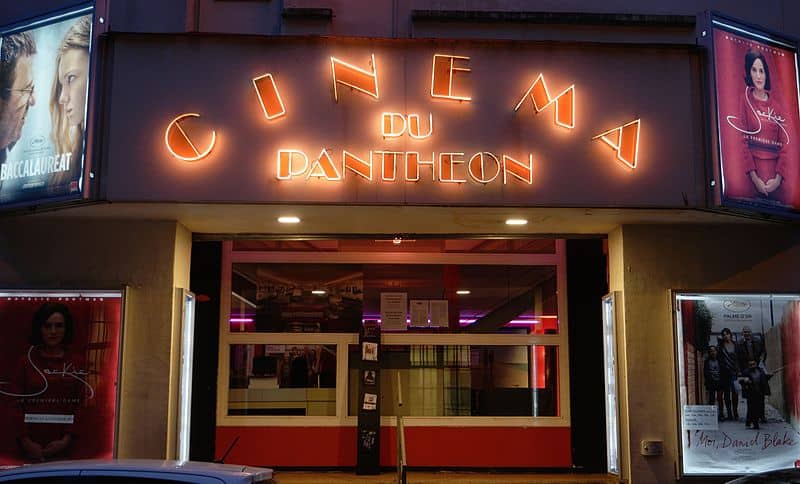 It was in December of 1985 that the people of Paris sat down in le Grand Cafe in the 1st arrondissement for the world’s first ever movie screening.

Cinema has been a contributing part of Parisian culture ever since, with independent films leading the way for the survival of many original art houses from the 60s and 70s. These remain scattered around the city, open at ever changing hours for screenings of newly released creations as well as old time classics. 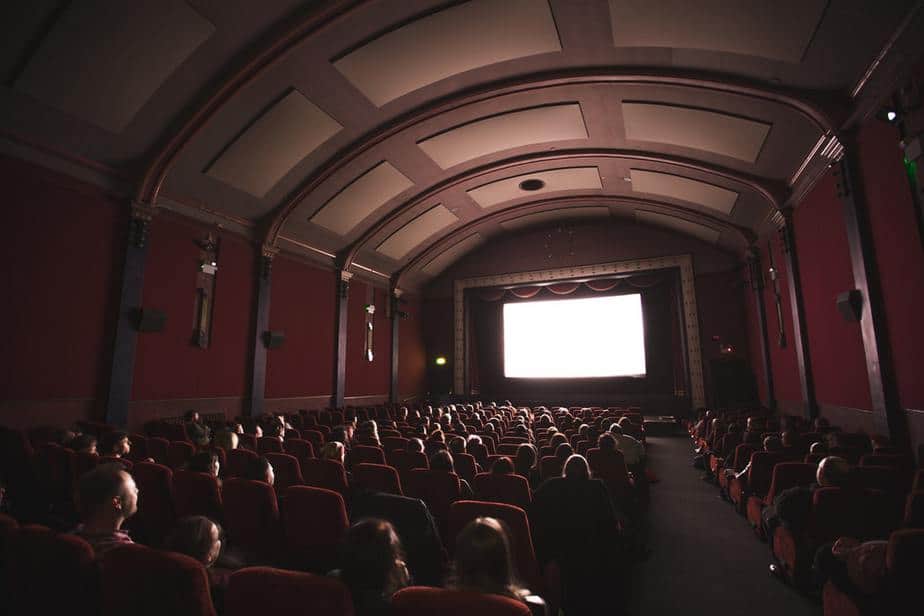 Visiting an arthouse cinema is a largely different experience to visiting a regular movie theatre. It’s intimate, for one. And usually considerably cheaper than mainstream movie theaters who need to accumulate profits to pay licensing fees for the blockbusters they put on.

Here are five of the best situated in and around Paris.

Parisians love getting a glimpse of international cinema. Nothing better than an obscure foreign film where one has to solely rely on subtitles to figure out what’s going on.

The Cinéma du Panthéon was the first estsablismet in Paris to screen foreign film imports in their original languages. It was also a pioneer in the evolution and promotion of French New Wave cinema. 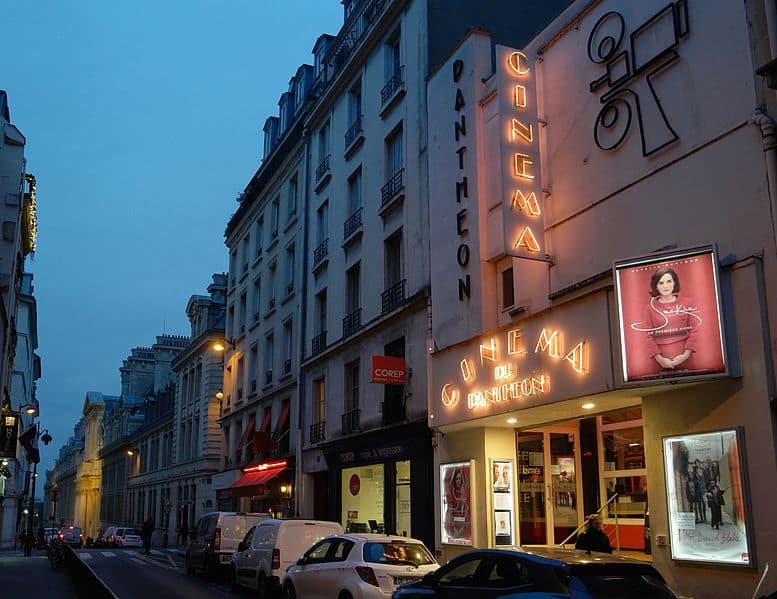 The people of the Latin Quarter hold the Cinéma du Panthéon near and dear to their neighborhood. It has been part of this area since 1907, officially making it the oldest cinema in Paris still in operation.

The Cinéma du Panthéon was the arthouse responsible for the discovery of many influential French film makers for the duration of the 1900s, and continues to do so today.

Inside you’ll find a stylish tearoom that recently celebrated its 100 year anniversary of being part of the arthouse property.

Studio 28 is to Montmartre what the Cinéma du Panthéon is to the Latin Quarter. True Parisians are territorial over their arthouse cinemas, usually remaining loyal to their most local one during their lives in Paris.

You’ll pass Studio 28 as you make way on a free guided walking tour through Montmartre; it sits directly between the I Love You Wall and the famous (thanks to cinema) Café des Deux Moulins.

The cinema house was founded in 1928. It was Paris’ first avant-garde style cinema, and remains an absolute wonder of a space.

It made headlines when it became the only cinema in Paris to have screened the film L’Age d’or by Salvador Dali and Luis Bunuel. The film was banned across France shortly after the first screening and large public protest outside of Studio 28.

In 1961, Italian director Pier Paolo Pasolini sought a cinema space in Paris in which he could debut his new film, Accattone.

The now location of the arthouse was selected as the screening space. And so saw the birth of a fully independent art house cinema that would forever be known under the same name of the first film it screened. 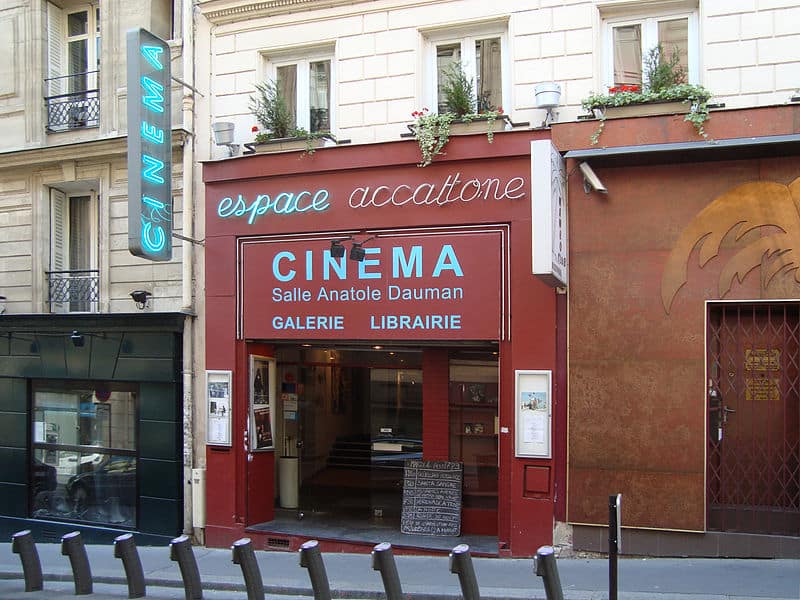 Accattone is the arthouse of the Left Bank, near the Jardin du Luxembourg across from Notre Dame. It went through a compromising period in 2012 when it ceased interest in operating as a full time theatre for this neighborhood in Paris.

The arthouse was recently taken under the wing of some influential hospitality moguls from these parts and is back in operation from Fridays to Mondays with opening hours varying deepening on the works being screened.

The arthouse focuses mostly on contemporary works coming from France and the rest of Europe.

As one moves further north in Paris, independent arthouses become harder to find. Le Brady calls Saint-Denis home and is the leading arthouse in these parts.

In 2016 the cinema celebrated its 60th birthday. It would also be celebrating its 7th birthday in operation as both a cinema and a theatre. The space was renovated in 2009 to be able to accommodate both. 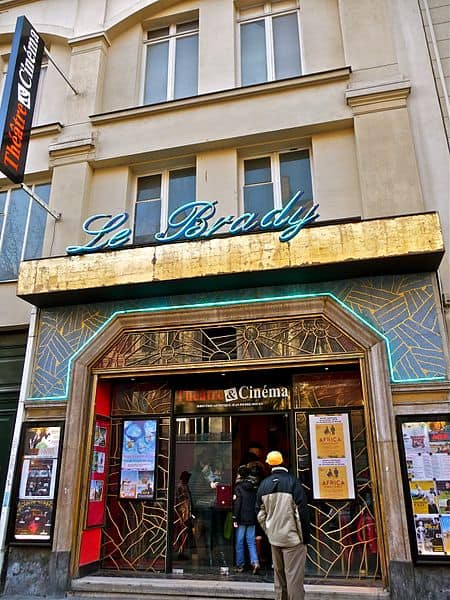 While contemporary works are always on the screening bill, le Brady makes a point of brining back classic films from the 1900s as well in an attempt to keep their relevance in the world.

Screenings are scheduled daily with sporadic time slots. You can find the schedule online prior to your visit as well as brief synopsis of what to expect from the films.

Studio Galande is mine and many others personal favorite arthouse in Paris. Situated right on the bank of the Seine across from Notre Dame’s island, it draws the crowds of Rocky Horror fanatics twice a week.

On Friday and Saturday evenings at Studio Galande the screening room is taken over at 10pm sharp by troupes of actors who lead the audience through the cult classic. The Rocky Horror Picture Show lives on thanks to Studio Galande through singing, dancing and role playing as the film shows in the background. 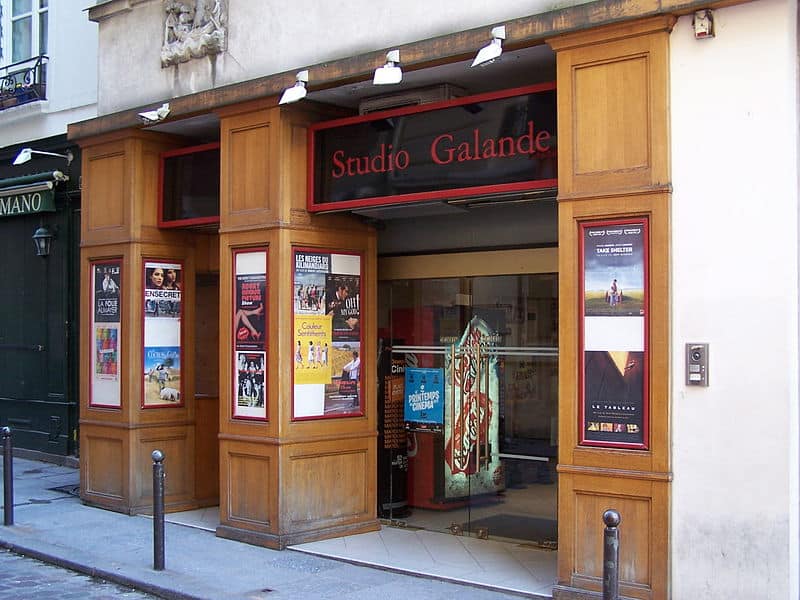 While the cinema is known, or renowned, for these evenings, they are also dedicated to bringing audiences the best independent films from around the world.

Again, schedules are posted in advance on their website and social media. Booking is absolutely necessary if you’re interested in any of the Rocky Horror screenings, or Friday and Saturday night films in general. It’s a popular spot on Paris’ Left Bank .

OPENING HOURS: Tuesday TO SUNDAY – 9pm to 1am